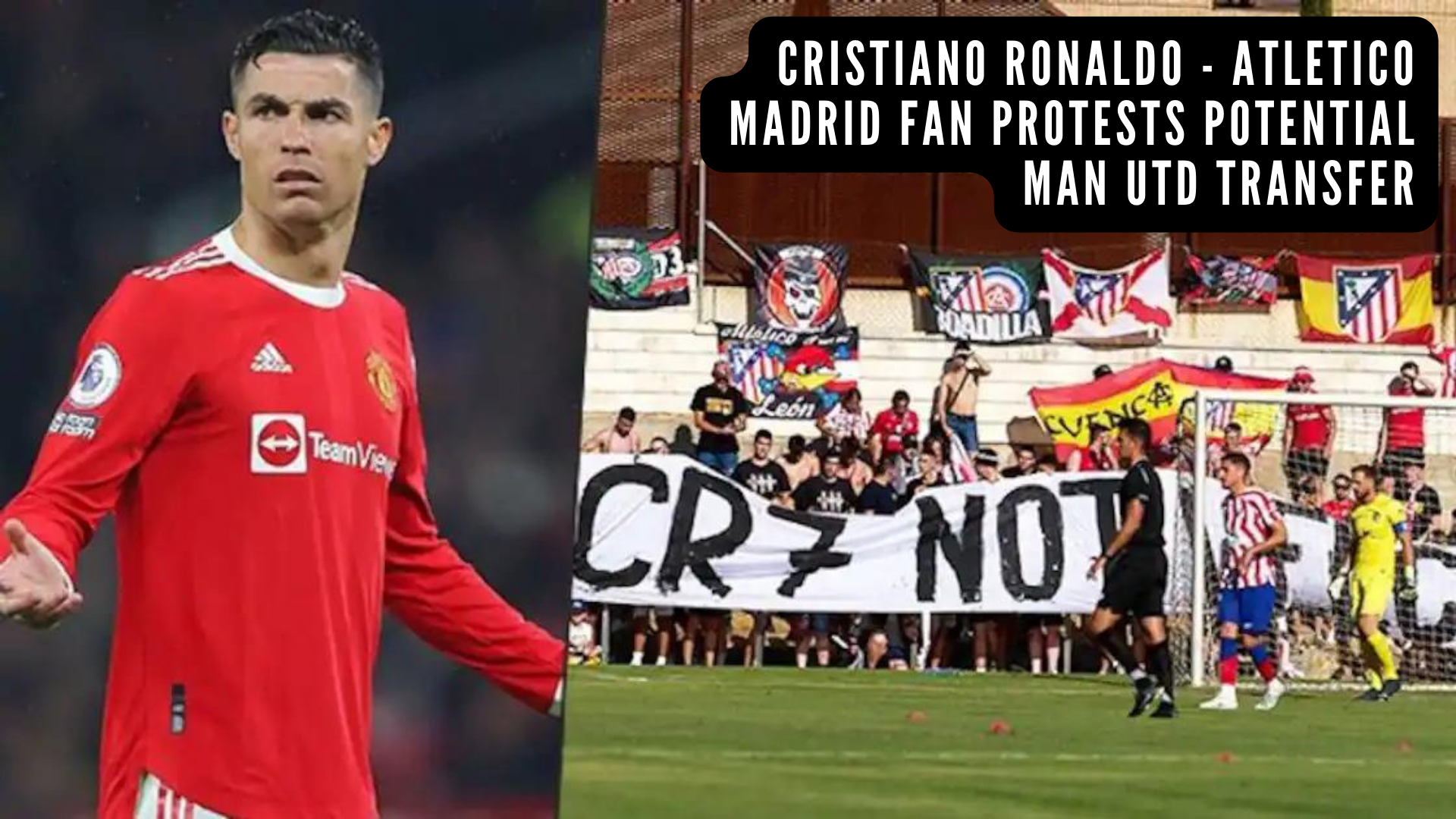 Atletico Madrid fans protested against Cristiano Ronaldo's potential signing, with banners expressing their displeasure at the prospect of the former Real Madrid forward joining during a pre-season friendly.

Rumors about the future of Portuguese superstar Cristiano Ronaldo continue to circulate. The 37-year-old did not play for Manchester United during the preseason and only returned to the club for training in July.

On July 31, 2022, Atletico fans took to Twitter to publicly protest his signing, while President Enrique Cerezo dismissed the rumors on August 2, 2022. He also stated that the transfer was nearly impossible.

Cristiano Ronaldo's future has been linked to a sensational return to Spain in the colors of Atletico Madrid, but not if the club's legion of fans has anything to do with it.

The Portugal captain has informed United that he wishes to leave this summer, citing concerns that he will be unable to compete for the club's major trophies.

It is believed that Ronaldo is looking for a new club that can provide him with a sixth Champions League title, but so far his representatives have been rebuffed by a slew of Europe's top clubs, with Chelsea and Bayern Munich declining Ronaldo's representatives' advances.

With Ronaldo's options narrowing, the latest potential destination mentioned by the media is Diego Simeone's Atletico Madrid, a move that would almost certainly exacerbate tensions with Ronaldo's former club on the other side of the Spanish capital.

During the pre-season friendly, a banner behind the goal with the message 'CR7 NOT WELCOME' was unfurled, indicating that the Portuguese star does not fit with the club's ethos.

However, United's stance on Ronaldo's future has not changed: Sky Sports News understands that United is willing to listen to offers for Ronaldo this summer, but the club's public stance remains that he is not for sale.

Ten Hag stated in Bangkok that Ronaldo, who has one year left on his contract with United, is in his plans for the coming season and that he expects him to stay at the club.

"We are planning for Cristiano Ronaldo for the season and that's it. I'm looking forward to working with him. Cristiano is not for sale. He is in our plans and we want success together," the Dutchman said.

"He's not with us and it's due to personal issues. I spoke with him before this issue came up. I had a conversation with him and I had a good talk. That is between Cristiano and me. What I can confirm is we had a really good conversation together. I didn't speak to him after (the news)." 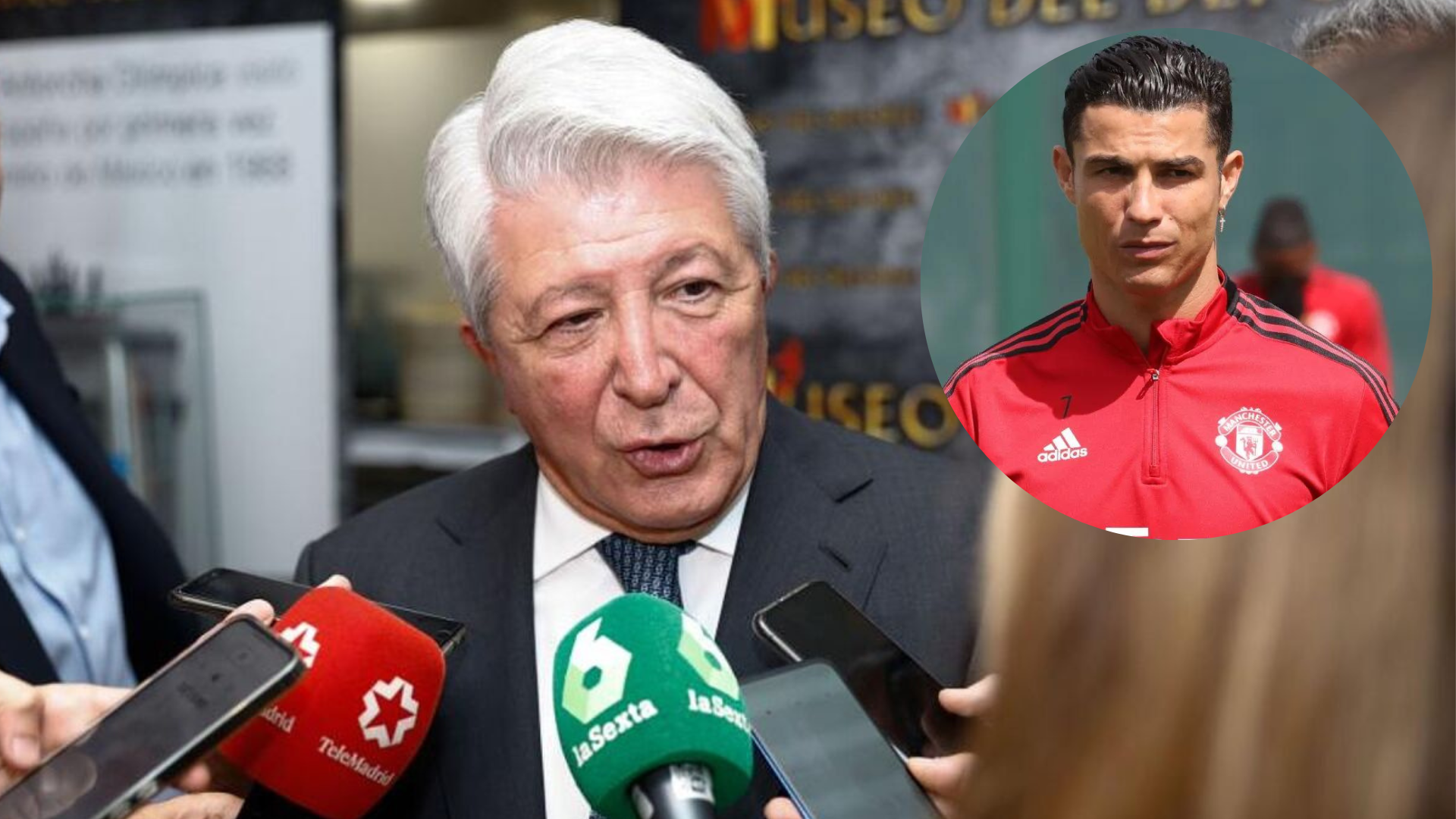 Atletico Madrid and Bayern Munich have both ruled themselves out of contention for Ronaldo's signature.

Atletico Madrid was linked with a move for the five-time Ballon d'Or winner, but their president Enrique Cerezo has called such a move "practically impossible."

"I've already said this several times, I don't know who invented the Cristiano story but I'll tell you that it's practically impossible that he comes to Atletico de Madrid," Cerezo told reporters on Tuesday, via El Partidazo De Cope.

"Rumours are rumors and they have to stay as rumors. If you keep on fuelling the rumors then eventually it will look like it's something real, which it's not."

Meanwhile, Bayern chief executive Oliver Kahn has stated that the Bundesliga champions will not pursue a move for Ronaldo, despite initial interest and even after losing star striker Robert Lewandowski to Barcelona.

Earlier this month, Kahn told the German magazine Kicker that Ronaldo does not fit the club's recruitment philosophy, which he reiterated in an interview with Bild.

"We discussed Cristiano Ronaldo internally, I consider him one of greatest players ever," Kahn said. "Then we came to the conclusion that, despite appreciation for Cristiano, he would not fit into our philosophy in the current situation."

Has Ronaldo Run Out Of Options? 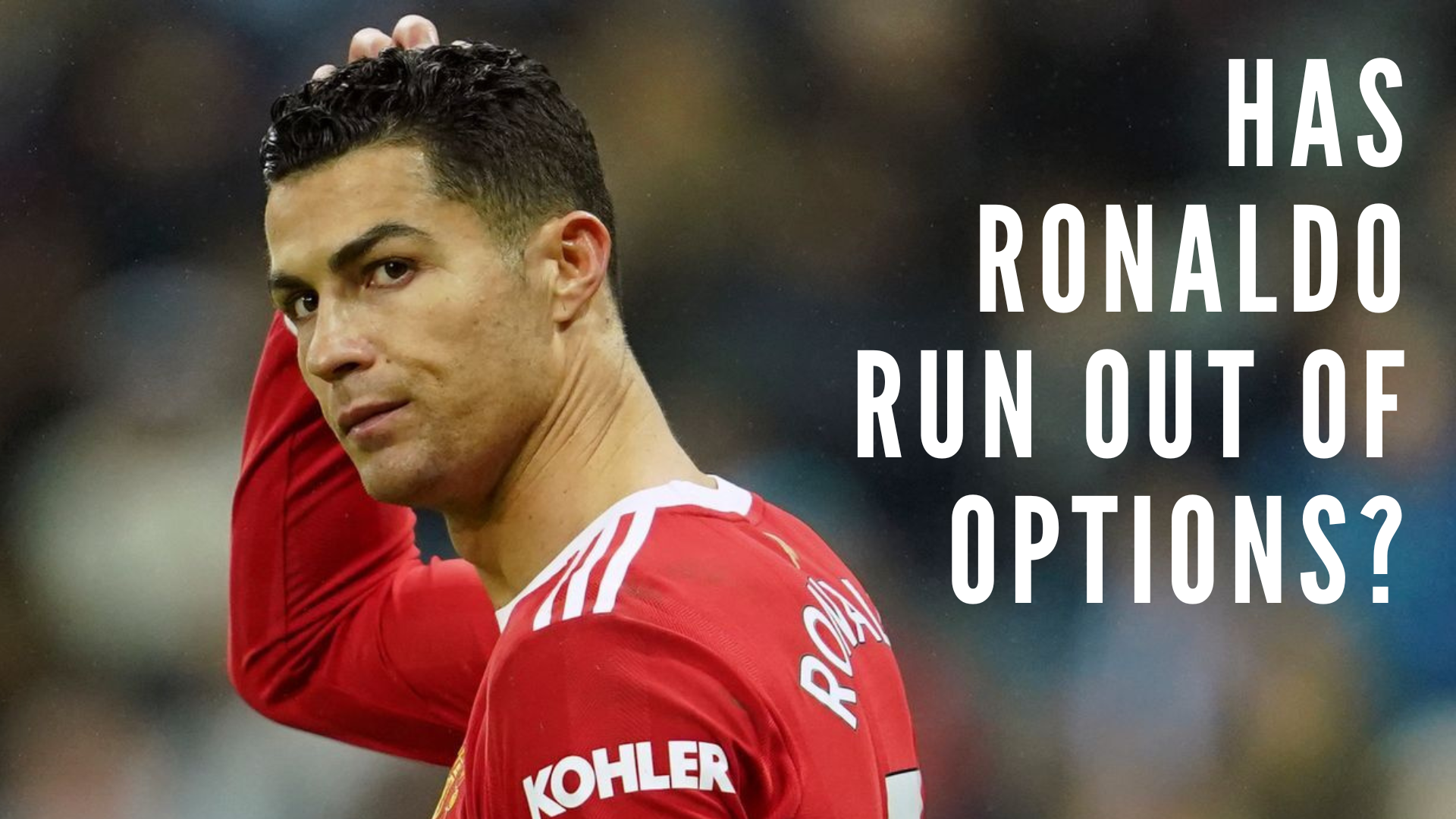 Ronaldo is said to want to join a club that has a realistic chance of winning the Champions League and competing for major awards.

"As we've seen on Instagram, Ronaldo has been keeping fit, so there are no concerns from Manchester United over his fitness or physical level; he's one of the fittest players in world football.

"Ultimately, Ronaldo did state his desire to leave Old Trafford, but he's running out of options, and it seems like he's actually going to have to stay."

"Perhaps he will try and swing it where the 25 percent pay cut in his contract will be waived away by United, perhaps he wants to maneuver and muscle a new deal, we'll have to wait and see. But it doesn't look like Stamford Bridge is on his cards."

"Chelsea have distanced themselves from a deal for Ronaldo, as have Bayern Munich, Napoli, and a lot of other elite clubs that Jorge Mendes, who is Ronaldo's agent, has tried to sell him to."

"That offer from Saudi Arabia is astronomical but ultimately, it does not give Cristiano Ronaldo what he wants, which is that legacy. He wants to achieve Champions League records that he thinks no one else will be able to attain in the future."

"He wants to sign off at the absolute highest level. Now, it looks increasingly like he will have to stay at Manchester United because there are no biters from the big clubs."

Because no information about the transfer has been confirmed yet and everything is still speculation, people are waiting for an official statement from the Portuguese football star himself.