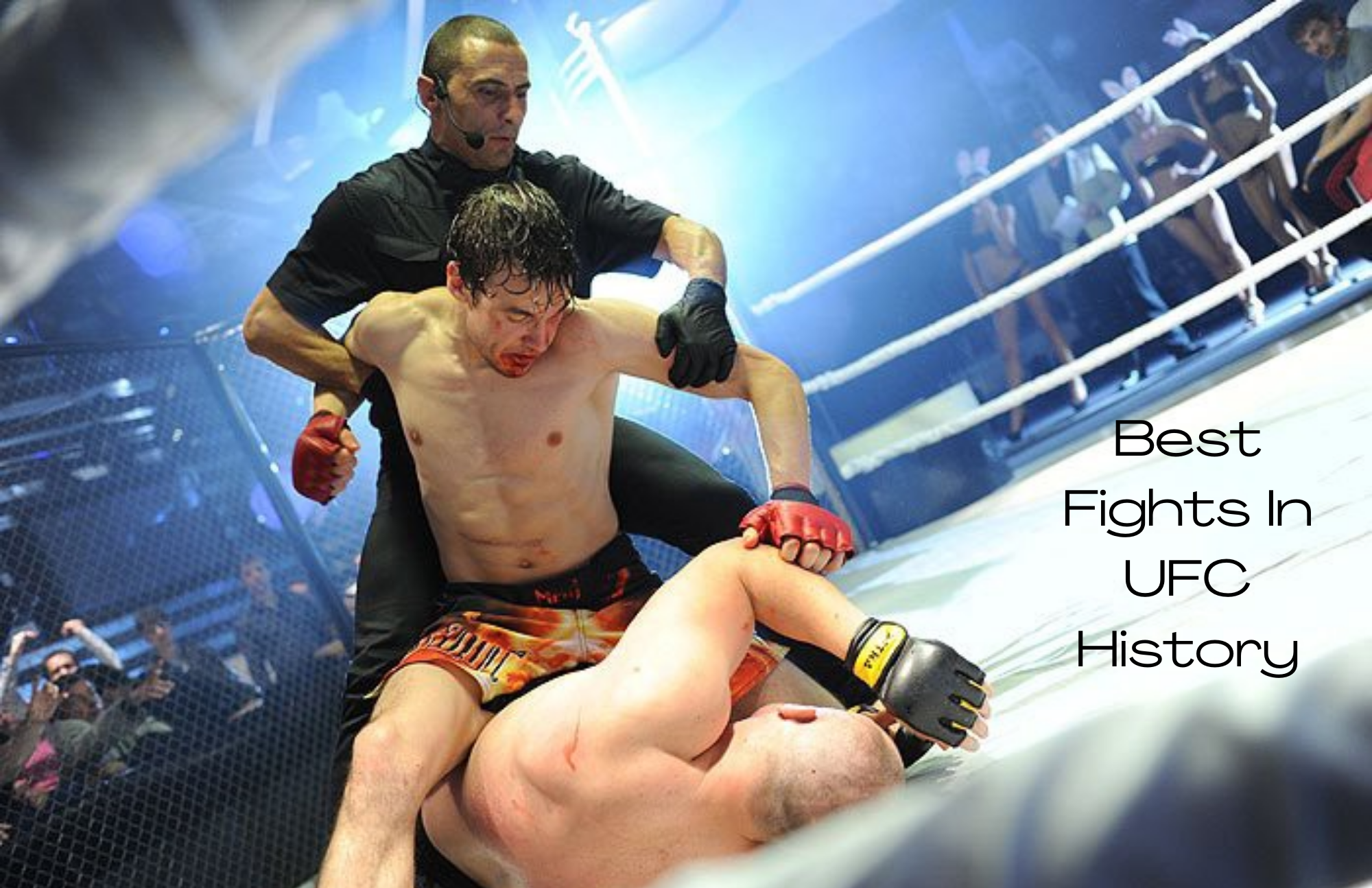 Mixed martial arts, more commonly referred to simply as MMA, is a type of combat sport that is gaining a lot of popularity all over the world.

The Ultimate Fighting Championship (UFC) provides real entertainment for a great number of people all around the world.

They enjoy seeing fights that are both brutal and satisfying, and throughout the history of the UFC, there have been a lot of fights that have truly satisfied a lot of people.

And in this article, we'll take a look back at some of the best fights in UFC history.

You may have seen some of these fights before, so now is the ideal moment to highlight the action as it unfolded in the past because the content that you'll be seeing comes straight from the UFC's archive.

This will also put the actual year the fight happened.

Take note: Some of the information presented here contains some brutal actions.

The Mixed Martial Arts competition is at an all-time high right now. A good battle from the early days of the sport was objectively superior to a good fight from today due to the fact that training practices have dramatically improved since those early days and as a result, fighters have gotten more skilled.

In spite of this, we have to give credit where credit is due for the all-time greats, and the light heavyweight battle that took place in 2005 between Forrest Griffin and Stefan Bonnar is unmatched.

At a point in time when the UFC was having trouble breaking into the mainstream, the finale of the first season of "The Ultimate Fighter," a reality show, was where Griffin and Bonnar first crossed paths.

The bout between the two light heavyweights helped the promotion achieve its goal. The three rounds of action-packed rivalry game were a showcase, and Griffin finished victorious by unanimous decision.

It was not even close to being a technical bout, but that was irrelevant. The violence and determination displayed by both men left spectators' mouths on the ground, and it helped bring an entirely new group of fans to the UFC.

Show someone "The Korean Zombie," Chan Sung Jung's fight against Dustin Poirier in the featherweight division from 2012 the next time you're trying to get them interested in mixed martial arts (MMA).

This fight was very similar to Costco in that it offered a little bit of everything. Every tool in the mixed martial arts boxer's toolbox was put on display, from fierce exchanges of punches and kicks to breathtakingly quick moves and slick submission attempts.

It was also capped off by one of the rarer submissions in mixed martial arts (MMA), which was Jung tapping Poirier out with a D'arce Choke in the fourth round.

If you look at the video fight, it started when Korean Zombie landed an uppercut through Poirier's jaw.

When fans discuss the greatest fights of all time, this one often gets overlooked for some reason, but there's no question about it: It absolutely deserves a spot on this list.

Due to the fact that Brock Lesnar is a highly successful professional wrestler, many people compare him to the sport.

But in 2010, he competed in mixed martial arts and challenged Shane Carwin for the heavyweight championship.

As a result of Carwin's dominant performance in the first round, in which he pinned Lesnar against the cage and acted much pressure on him, the majority of viewers expected Carwin to finish off Lesnar in the second or third round.

In a dramatic and unexpected turn of events, Lesnar was able to rediscover his strength and win the fight by forcing Carwin to submit by pinning him in the arm.

Chris Leben made the decision to fight Yoshihiro Akiyama, a Japanese fighter, two weeks after his fight with Aaron Simpson, and many people believed that he would lose the fight given the circumstances. The fight took place in Japan.

In contrast to what most people thought would happen, Chris Leben was able to submit his opponent in the third round and win the fight.

The viewers were blown away by the manner in which he attacked, his skill, his consistency, and his determination.

The most exciting part was how he managed to get Akiyama to tap out despite the fact that Akiyama is known as a knockout artist.

Even though it was a fantastic battle, it might not attack you as particularly remarkable if you are unaware of the events that led up to it.

However, one thing that you absolutely must be aware of is the fact that BJ Penn had to move up in weight class in order to compete with Matt Hughes for the welterweight championship.

Penn appeared even more at comfort than Hughes did during the first second, which led many people to believe that he would become overwhelmed.

In a fight that many MMA fans, including Joe Rogan, still consider being the most shocking victory in the sport's history, he torn down the champion and finished him off with a hoke in the first round.

Who Is The UFC Goat?

According to 16-year UFC veteran Joe Lauzon, BJ Penn is the UFC lightweight GOAT, not Khabib Nurmagomedov or Conor McGregor.

Joe Lauzon has been a part of the UFC for 16 years and has witnessed the best the sport has to offer.

How Long Are UFC Bouts?

How long do fights in the UFC typically last? UFC fights can be three rounds long (if they are not for the championship) or five rounds long (if they are for the championship or the main event). Five minutes pass between each round, and there is a minute's break in between each set. That means that fights that consist of three rounds last for 17 minutes, while fights that consist of five rounds last for 29 minutes.

Why Are UFC Fights Only 3 Rounds?

As is the case with any organization that invents its own set of regulations, there will be room for interpretation, and occasionally, three-round headliners will take place. This is typically the result of unexpected events, such as an injury or illness.

Are Knees Illegal In UFC? 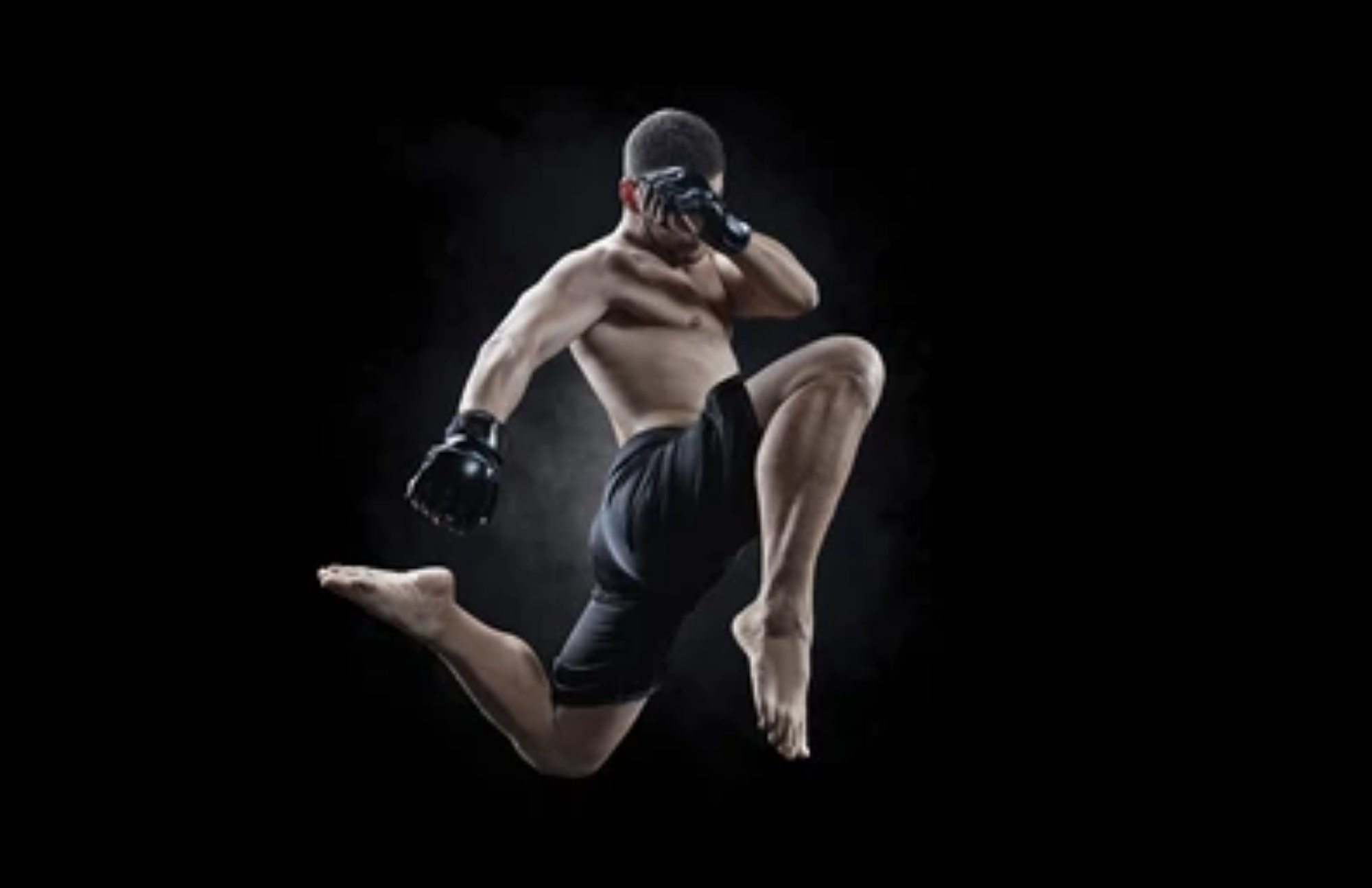 A man performing a flying knee

The great majority of mixed martial arts (MMA) organizations conform to the common rule that disallows knee strikes and kicks to the head of a grounded opponent. However, fighters are allowed to strike their opponent's body in this sport. It is acceptable to strike an opponent in the head with your hand, elbow, or knee.

These five UFC fighters are the reason why people began to enjoy watching UFC fights. While brawling with each other, these guys gave many people chills. If you are a UFC fan looking for some amazing fights, you don't have to stay in new fights; you can also look back in the UFC archives.