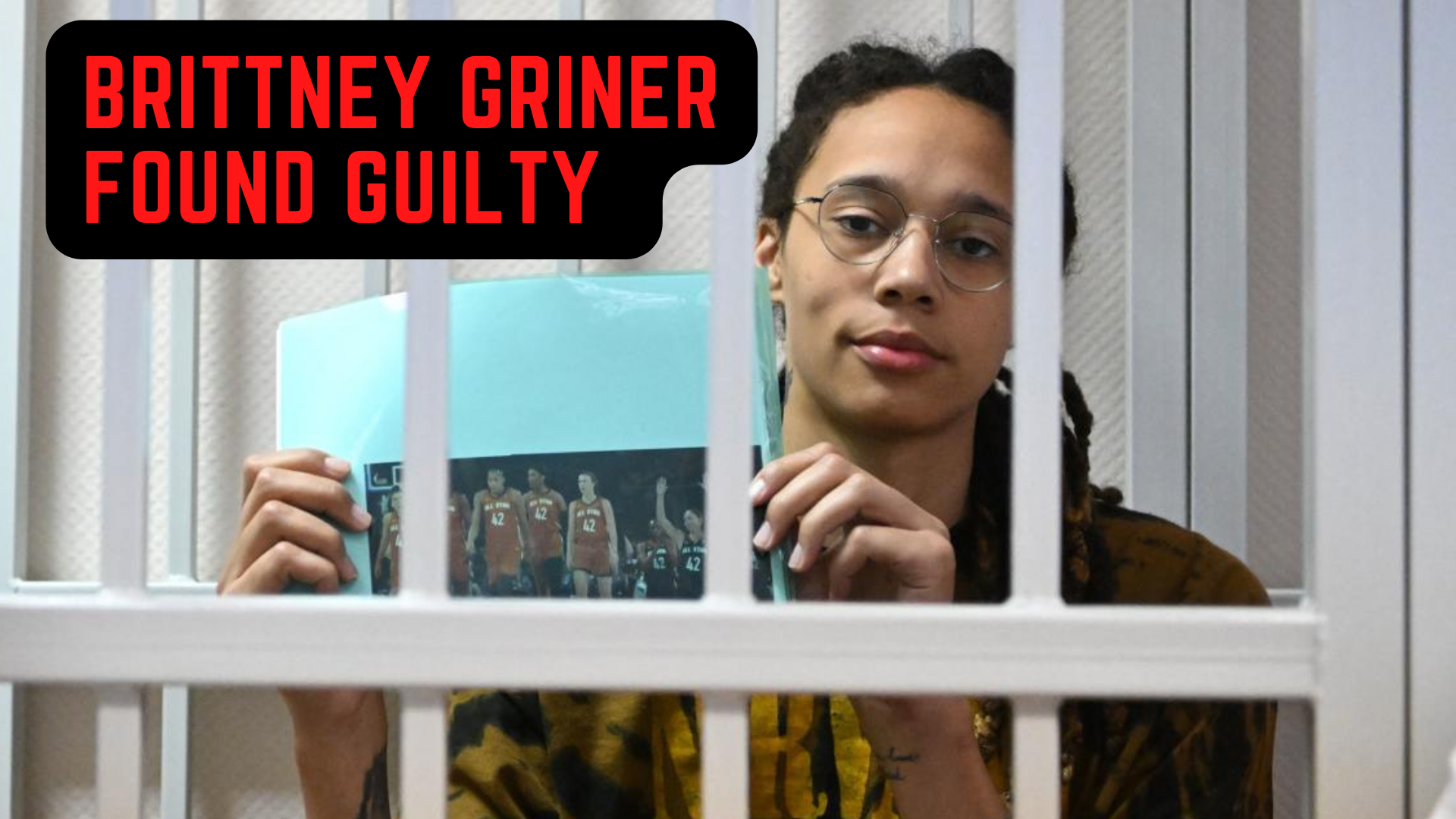 WNBA's Brittney Griner found guilty on August 4 2022, in Russia because of drug possession and smuggling. In a politically charged case that could lead to a high-stakes prisoner exchange between Washington and Moscow, Brittney Griner was sentenced to nine years and a half in prison.,

Griner, a two-time US Open champion and an eight-time all-star with the WNBA's Phoenix Mercury, sat with a blank expression as an interpreter translated Judge Anna Sotnikova's verdict, but her lawyers later said she was "very upset." Griner was also fined 1 million rubles (about USD 16,700).

A Russian court sentenced WNBA star Brittney Griner to nine years in prison on Thursday, bringing her trial to a close and allowing negotiations for a prisoner swap to move forward. Griner, who was arrested on February 17 for bringing cannabis into the country, was expecting a harsh sentence, according to sources close to the player.

However, she and her supporters were aware that Russia would not proceed with a trade that would bring her home until her trial was completed.

Griner pleaded guilty on July 7, despite the fact that a guilty verdict was considered a foregone conclusion under Russian law.

During sentencing, Judge Anna Sotnikova stated that Griner had intentionally broken the law and fined her 1 million rubles (approximately $16,700).

Sotnikova stated that Griner's time in custody since her arrest in February would be counted toward her sentence.

Griner was emotionless in her reaction to the sentence, staring blankly at the verdict. Griner said as she was led out of court, "I love my family."

The nine-year sentence was close to the maximum of ten years Griner could have received under the charges, and prosecutors had requested a 912-year sentence.

Griner's attorneys said they would appeal. The defense team claimed that the court ignored all of the evidence presented and Griner's guilty plea in sentencing.

Griner As An Oustanding Basketball Player 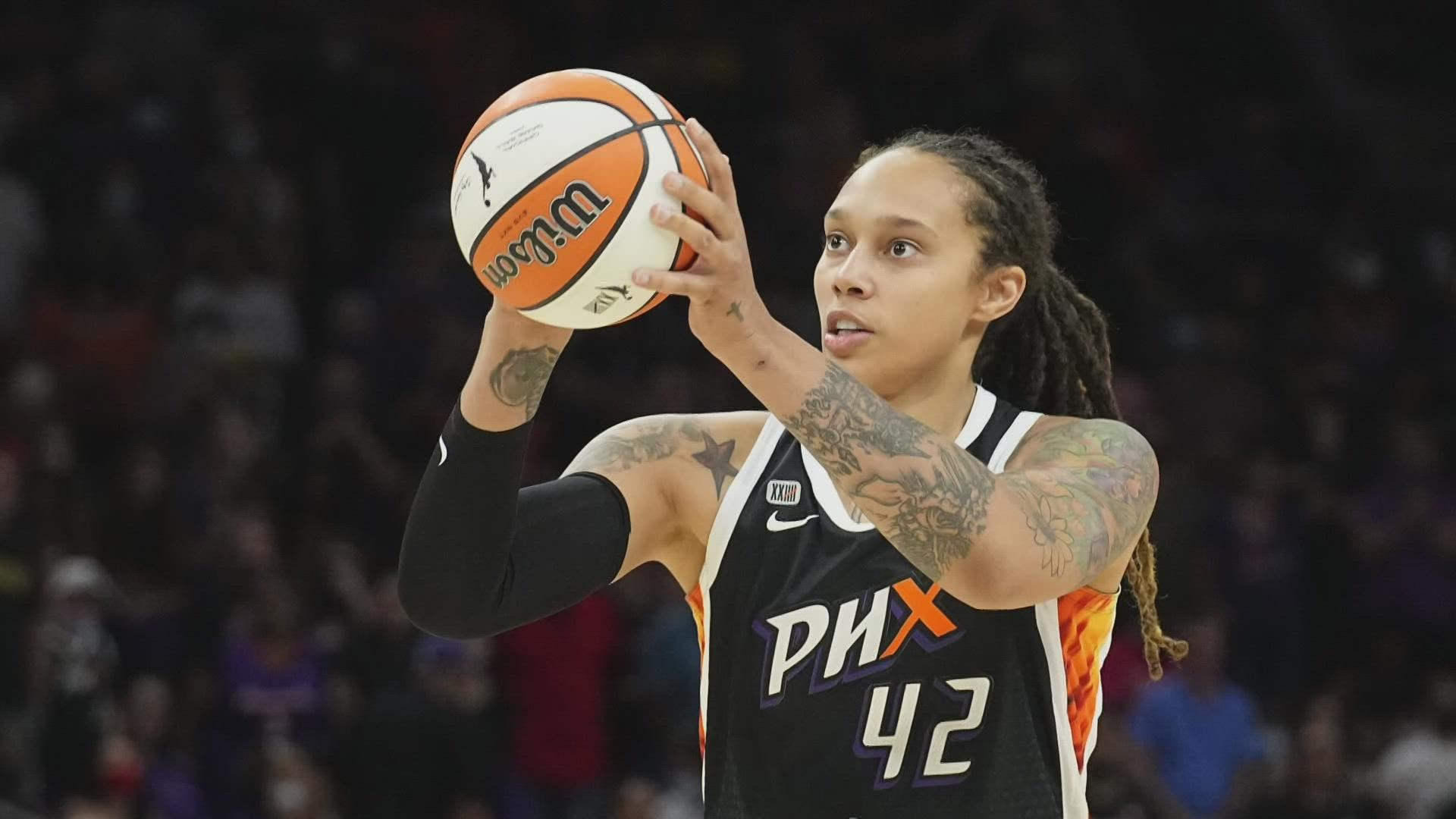 Brittney Griner holding a ball and about to shoot it

Griner, 31, is a two-time Olympic gold medalist and the Phoenix Mercury's star center. Her ordeal began one week before Russia invaded Ukraine, and her confinement has been repeatedly extended. A request for detention at home was also denied.

Griner, like many WNBA players, earns far more than her WNBA salary by playing overseas during the United States offseason.

She has spent years playing for the Russian club UMMC, which is owned by oligarch Iskander Makhmudov. "They know who they have," Jackson said, noting Griner's decorated career both in the U.S. and Russia.

"She's a hero in their country. I mean, they love women's basketball," Jackson said. "They take their championships very seriously. And let's be clear: she's given them more than a few."

As Griner's supporters demand her release, the WNBA is commemorating her absence from the league's current season by emblazoning her initials and number, BG42, on the home courts.

US And Russia's Take On Brittney Griner's Case 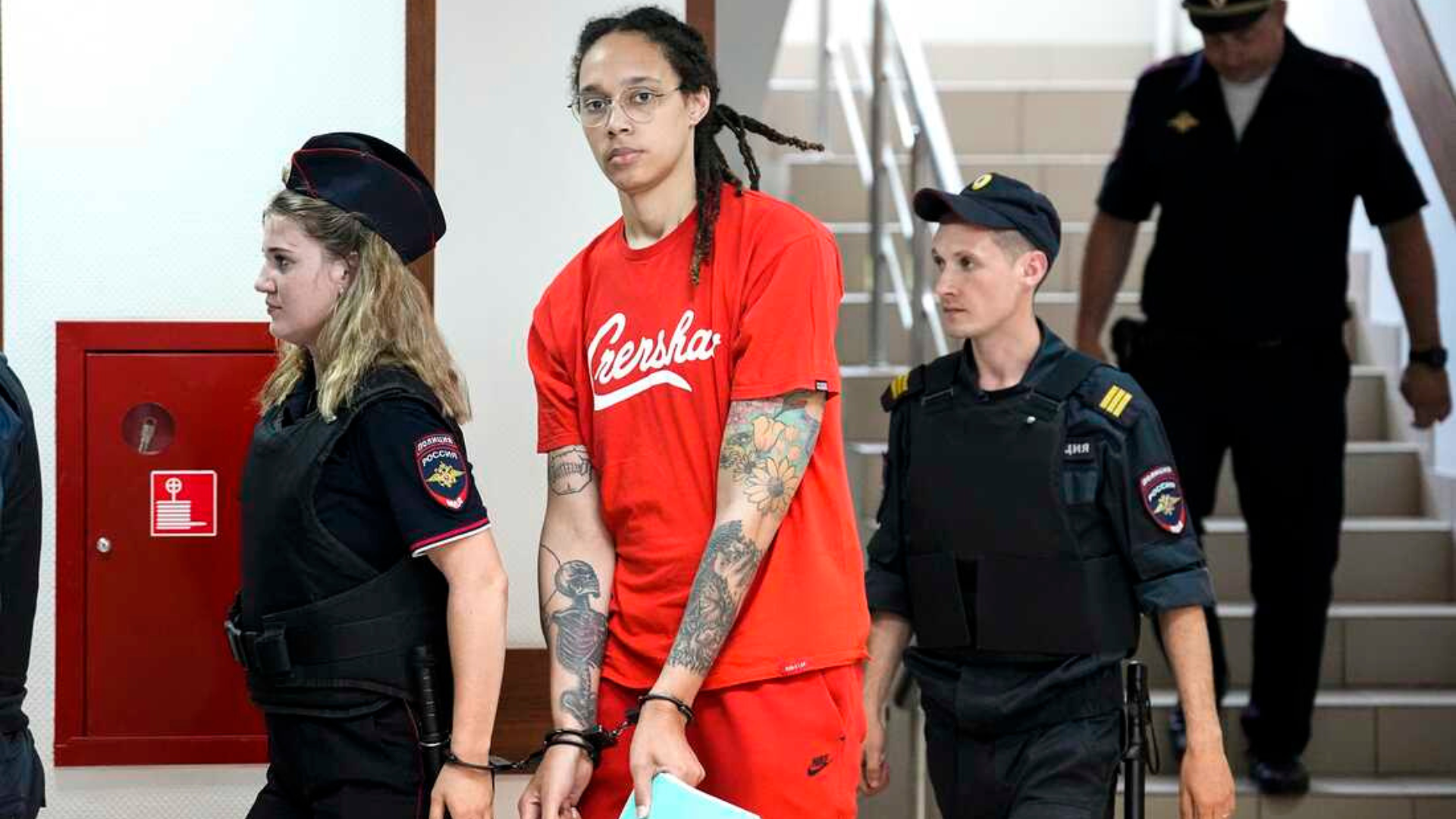 Brittney Griner with handcuffs and escorted by several police

The verdict and sentence, which came amid escalating tensions between the US and Russia over Ukraine, were condemned as "unacceptable" by US President Joe Biden.

"I call on Russia to release her immediately so she can be with her wife, loved ones, friends, and teammates," Biden said, adding that he would continue to work to bring home Griner and Paul Whelan, an American imprisoned in Russia on an espionage conviction.

Outside of court, the charge d'affaires of the US Embassy, Elizabeth Rood, called the outcome a "miscarriage of justice."

Brittney Griner was found guilty and was "very upset, very stressed. She can hardly talk. It's a difficult time for her," defense attorney Maria Blagovolina told reporters later.

An emotional Griner apologized to her family, teammates, and the Russian city of Yekaterinburg, where she plays in the WNBA offseason before the unusually quick verdict was reached., "for my mistake that I made and the embarrassment that I brought on them."

She added with her voice cracking.: "I hope your ruling does not end my life."

Griner has 10 days under Russian law to file an appeal, and her lawyers say she will be heard in a Moscow regional court next week.

When asked if Griner could ask President Vladimir Putin for a pardon, Blagovolina said they would consider every possibility, but the lawyers said they were not involved in any discussions about a prisoner swap.

Lindsay Kagawa Colas, Griner's agent, tweeted that the sentence "was severe by Russian legal standards and proves what we have known all along, that Brittney is being used as a political pawn," adding that she supported the Biden administration's efforts "to get a deal done."

A conviction is usually required before arranging a prisoner exchange, and it also allows Griner to seek a presidential pardon.

Last month, Deputy Foreign Minister Sergei Ryabkov stated that "necessary judicial procedures" must be completed before any further action can be taken.

The July revelation that the US government was looking into a prisoner swap involving Griner reflected the growing pressure on the Biden administration to do more to bring her home. The US State Department had previously declared Griner to be "wrongfully detained," a charge that Russia has categorically denied.

Griner's case and nearly six months in prison have sparked outrage among her supporters in the United States, including her wife, Cherelle, who believes Biden is not doing enough to secure her release.

Griner wrote to Biden personally, and over 1,100 Black female leaders urged the administration to "make a deal to get Brittney back home swiftly and safely, and to meet with Brittney's wife Cherelle immediately."

According to the White House, Biden later called Cherelle Griner "to reassure her that he is working to secure Brittney's release as soon as possible."

Cherelle Griner, who met with Vice President Kamala Harris as well, later stated that she was "grateful to both of them for the time they spent with me and for the commitment they expressed to getting BG home," using her wife's initials.

On July 27, US Secretary of State Antony Blinken stated that Washington had offered Russia a deal aimed at bringing Griner and Whelan home, reversing previous policy.

The proposal's specifics were not disclosed, but a source close to the situation said the US has offered to trade convicted Russian arms dealer Viktor Bout for Whelan and Griner. The individual requested anonymity in order to discuss the investigation.

Russian media has speculated on multiple occasions that Griner could be swapped for Bout, dubbed "the Merchant of Death," who is serving a 25-year sentence in the United States after being convicted of conspiracy to kill US citizens and providing aid to a terrorist organization. For years, Russia has campaigned for Bout's release.

Her detention became public only after Russian troops moved into Ukraine, as relations between Russia and the United States reached new lows following Washington's leadership in imposing sanctions on Moscow.

Griner's plight has been highlighted by her supporters at home, including top athletes, particularly after little news came out of her initial weeks of detention in Russia, where she had limited access to US Embassy officials.

Only in May did the State Department declare her wrongfully detained, transferring her case to the Special Presidential Envoy for Hostage Affairs, effectively the government's chief hostage negotiator.

At the awards show, NBA Finals MVP Stephen Curry wore Griner's jersey under his tracksuit and urged "the entire global sports community to stay energized on her behalf. She's one of us, the team of athletes in this room tonight and all over the world. A team that has nothing to do with politics or global conflict."

Legal experts viewed the verdict as a formality because the length of her detention will ultimately be determined by negotiations between the US and Russia on a prisoner exchange. Griner admitted guilt as part of her legal team's strategy because she hopes to return to the United States as part of a prisoner swap.