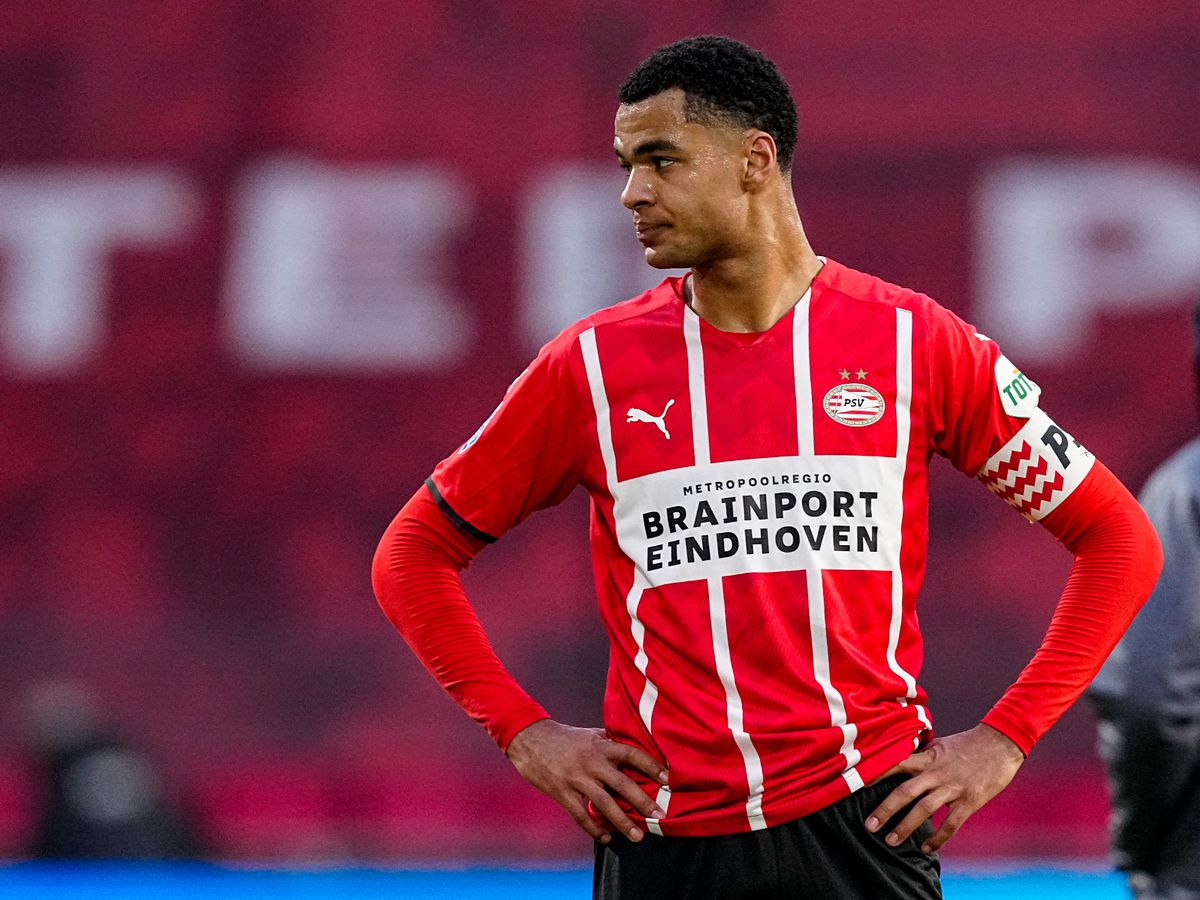 Cody Gapko is a dynamic attacker who mostly plays on the left flank but can also flourish on the right side or as a center-forward. Gapko has 10 goals and 11 assists in 28 games for the Eredivisie club, a very outstanding record for a 22-year-old. Although Liverpool FC has initiated conversations, Voetbal International states that these discussions are 'exploratory' at this time. Furthermore, Liverpool and Jurgen Klopp will have to battle with Premier League rivals Manchester City for the signature of the Netherlands international. With Roberto Firmino and Divock Origi connected with exits from the club, this might be a guy to keep an eye on during the summer transfer window.

In 2007, he joined PSV Eindhoven's development program, where he went through all of the young teams. For the 2016–17 season, he played for Jong PSV's reserve squad for the first time, although mostly for the U19 team. Gakpo made his professional debut for Jong PSV in the Eerste Divisie on November 4, 2016, against Helmond Sport. He only made one more appearance for Jong PSV for the remainder of the season. He was ultimately promoted to the reserves at the turn of the year after his output grew in the next season's U19 Eredivisie with seven goals and five assists in 13 league games. On 19 January 2017, he scored a brace and assisted on his team's third goal in a 3–2 away win against De Graafschap in his second game in the second-tier Eerste Divisie. He scored seven goals for Jong PSV in 12 league games during the 2017–18 season.

He was called up to the Netherlands team for UEFA Euro 2020 and made his debut as a substitute in the 79th minute for Frenkie de Jong in the third match of the group stage against North Macedonia. As a result, he became the first Dutch player since Martien Vreijsen in 1980 to make his international debut at the European Championship.

The first thing viewers may notice when watching Gakpo is his big height and lengthy frame, as the 22-year-old stands at 6'2. Gakpo's stature allows him to sprint with a forceful stride while still being able to hold off stronger opponents. This is not to say that Cody Gakpo is all muscle and has no brains; rather, Gakpo is bright and quick to make decisions due to his use of scanning, which allows the young forward to observe and evaluate his surroundings. When given the opportunity, Gakpo will go forward towards the ball before abruptly allowing it to roll across his body. When space is limited, Gakpo has the ability to create space for himself by making inner and outward sprints off the ball to catch opponents off guard.

Is Cody Gakpo From Ghana?

Gakpo was born in Eindhoven and reared in the Stratum neighborhood. His father was born in Togo and is of Ghanaian descent, while his mother is of Dutch descent.

Can Cody Gakpo Play As A Striker?

Gakpo has been instrumental in PSV's championship defense this season, scoring eight goals and providing 13 assists in just 20 league games. This season, the 22-year-old has featured consistently on both sides and as a striker for the Dutch national team, which will pique Arteta's interest.

How Good is Gakpo?

Cody Gakpo is a difficult man to stop when he has the ball. With his deft ball management and dribbling abilities, the Dutchman can outplay opponents. When taking on a player 1v1, Gakpo has a number of strategies to defeat his opponent. When trying a dribble, Gakpo enjoys jinking one way and attracting pressure on that side before switching and maneuvering to the other side. Gakpo also uses fast and creative touches into space with the ball to go around the defender, as well as dropping his shoulder and changing the ball in either direction.

Gakpo's ability to generate shooting opportunities off the dribble is one of his best abilities, which he can combine with his excellent ball-striking ability. Gakpo excels at connecting with the ball for a shot because he catches it sweetly and produces force when approaching the goal. Gakpo has demonstrated his ability to place the ball in any corner thus far in the 2021/22 season, scoring three goals, two of which came in three Europa League games. Gakpo's goal against the Go-Ahead Eagles is a great example of his ball-striking ability in tough conditions.

The Eredivisie in the Netherlands is renowned for exceptional players and teams that are knitted into the fabric of football. Young Cody Gakpo is expected to be the next big thing to emerge out of The Netherlands by the end of 2021 and with a good cause. Gakpo is adaptable, unpredictable, and possesses a unique set of talents. His spatial awareness and the intuitive ball hitting off dribbling put the young guy apart from his league peers, and it is just a matter of time until he goes on, takes off, and performs for the highest price.