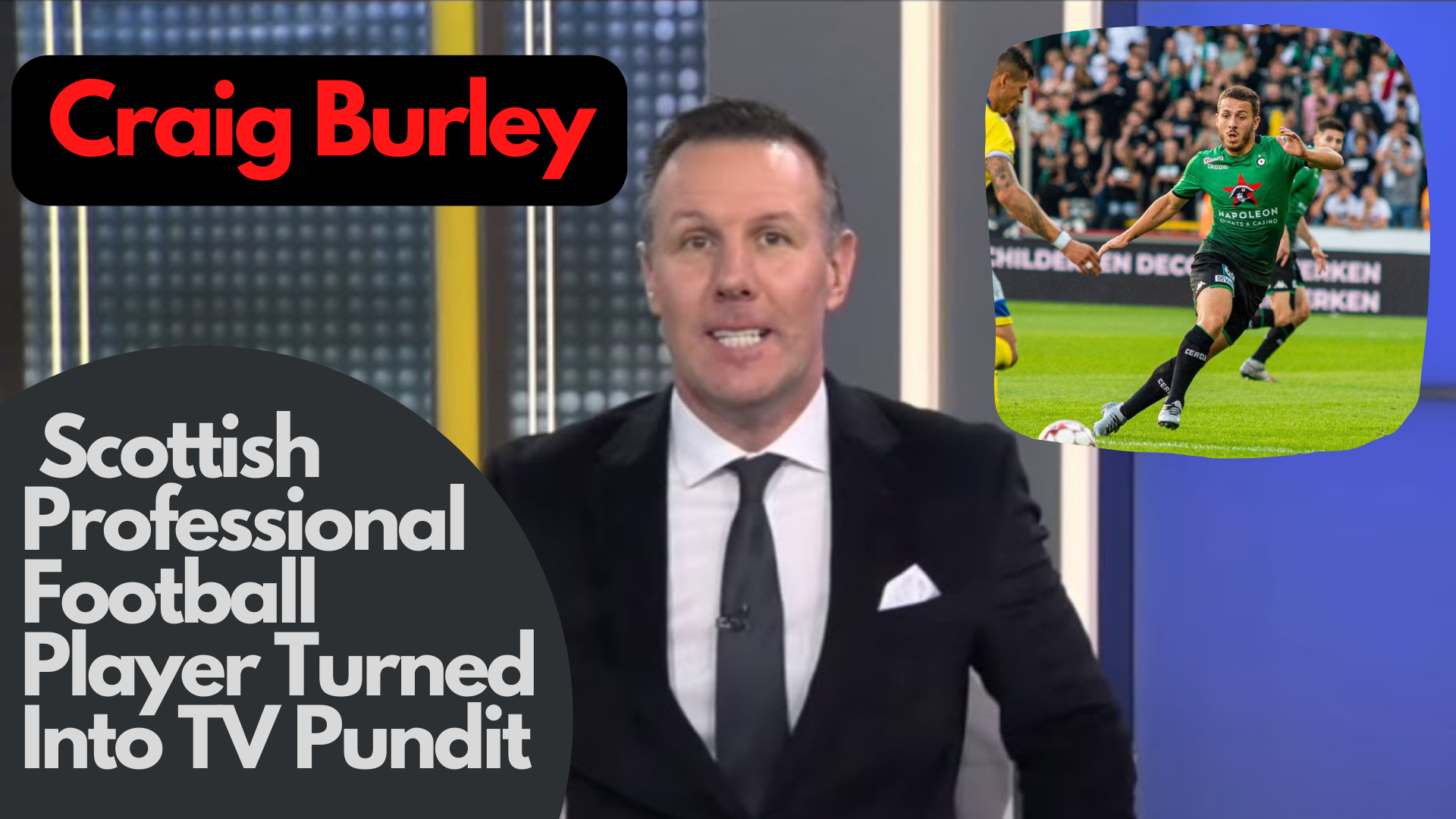 Craig Burley is a Scottish television pundit and former professional football midfielder who played from 1989 to 2004.

He was best known for his prolific career as a football midfielder for Chelsea and Derby County in the Premier League and Celtic in the Scottish Premier League.

Let's get to know Craig Burley more. In this article, we will cover Craig Burley's short biography, family background, career journey, and net worth.

A Brief Biography Of Craig Burley

Craig Burley was born on September 24, 1971, in the Scottish town of Ayr. He is a former professional footballer and Scottish television pundit who played as a midfielder from 1989 to 2004. He is currently an ESPN pundit and commentator.

He is the nephew of George Burley, the former Scotland manager. Burley is married to Sheryl (born in 1971), and the couple has three children. Burley relocated to Connecticut in 2013 to work for ESPN.

Craig Burley, born on September 24, 1971, is arguably the world's most influential social media star. Craig is a fantastic celebrity influencer.

He frequently posts many personal photos and videos to his large fan base on social media platforms to interact with them.

The Athlete has a sizable Twitter following with whom he shares his life experiences. Craig is becoming more popular in his field on Twitter these days.

Burley began his professional football career in 1989 with Chelsea, however, he didn't make his debut until April 1991 when he came on as a substitute for Kerry Dixon in a 7–0 defeat game against Nottingham Forest.

On 5 December 1992, he made his debut in the newly formed Premier League in a 2–1 away win at Tottenham Hotspur.

He went on to become a regular under Glenn Hoddle and appeared in the 1994 FA Cup Final against Manchester United, finishing runners-up after a 4-0 defeat.

Chelsea advanced to the FA Cup semi-finals two years later, where they faced Manchester United once more. With the score tied at 1–1, Burley hit an errant back pass that set up David Beckham for the game-winning goal.

He made his Celtic debut on 3 August 1997 against Hibernian and went on to make 64 appearances for Celtic, scoring 20 goals before joining Derby County on 1 December 1999 for £3 million.

He spent four seasons with the Rams, suffering his first career relegation at the end of the 2001–02 season when the club lost its Premier League status.

Burley competed in the UEFA Euro 1996 and the World Cup in France in 1998. He scored Scotland's goal in a 1–1 tie with Norway in Bordeaux in 1998, latching on to a ball played forward by defender David Weir.

Scotland was eliminated after he was sent off in the final group game against Morocco. His goal against Norway is still the last scored by a Scot in a major tournament.

He signed for Dundee on a free transfer on September 12, 2003, but only played twice in a two-month stint before being released and eventually signing for Preston North End in January 2004.

Burley played under Craig Brown until the end of the unsuccessful 2002 FIFA World Cup qualifying campaign, captaining the side in his final appearance.

Burley won a Scotland recall against Austria in 2003 under new manager Berti Vogts, but then announced his retirement from international football.

Burley relocated to Connecticut in 2013 to work for ESPN.

He was ESPN's primary Scottish football co-commentator, as well as a stand-in for Chris Waddle on Premier League broadcasts and an FA Cup studio pundit.

He then worked as a co-commentator and studio pundit for ABC and ESPN during the 2014 World Cup and Euro 2016. He is currently a commentator on ESPN FC.

Craig Burley is one of the wealthiest football players, as well as the most popular. Craig Burley's net worth ranges between $3 million and $5 million.

Craig made the majority of his money from his Yeezy sneakers, and while he had exaggerated the size of his business over the years, the money he made from his job was real–enough to rank as one of the biggest celebrity cashouts of all time.

His primary source of income is his success as an athlete. He currently makes a living on ESPN by being controversial.

Craig Burley was summoned to ESPN in June 2022 to rant about a certain Chelsea winger. The news that Chelsea wants to sign Raheem Sterling has worried USA fans, who want their golden boy to start every game for Chelsea without any competition.

Burley slapped some sense into them, pointing out that if they want their players to play for the best clubs in Europe, they should expect competition.

Does Craig Burley Live In America?

Craig Burley writes columns for Scotland's Daily Record and was a guest analyst on ESPN's Press Pass. Burley moved to the United States with his family in 2013 to work as an analyst for ESPN FC.

Who Does Craig Burley Support?

Craig Burley was one of Wim Jansen's first signings for Celtic as the Dutchman set about assembling a team capable of ending Rangers' near-decade dominance. It came as a bit of a surprise because he was said to be a big Rangers fan.

What Does Craig Burley Do After His Football Career?

Burley has since made a name for himself as a football pundit, having previously worked for ESPN UK, Setanta Sports, and BBC Radio. He writes columns for Scotland's Daily Record and was a guest analyst on ESPN's Press Pass. Burley moved to the United States with his family in 2013 to work as an analyst for ESPN FC.

So we've tried to cover all you need to know about Craig Burley in this article which includes his short biography, career, and latest news about him.

To summarize, his amazing football skill, personality, and exceptional career history have made him one of the world's most popular football players.

His talent in journalism also made him emerge as one of the best television pundits at the present. There is no question that Craig Burley is one of the most famous and loved celebrities of all time.