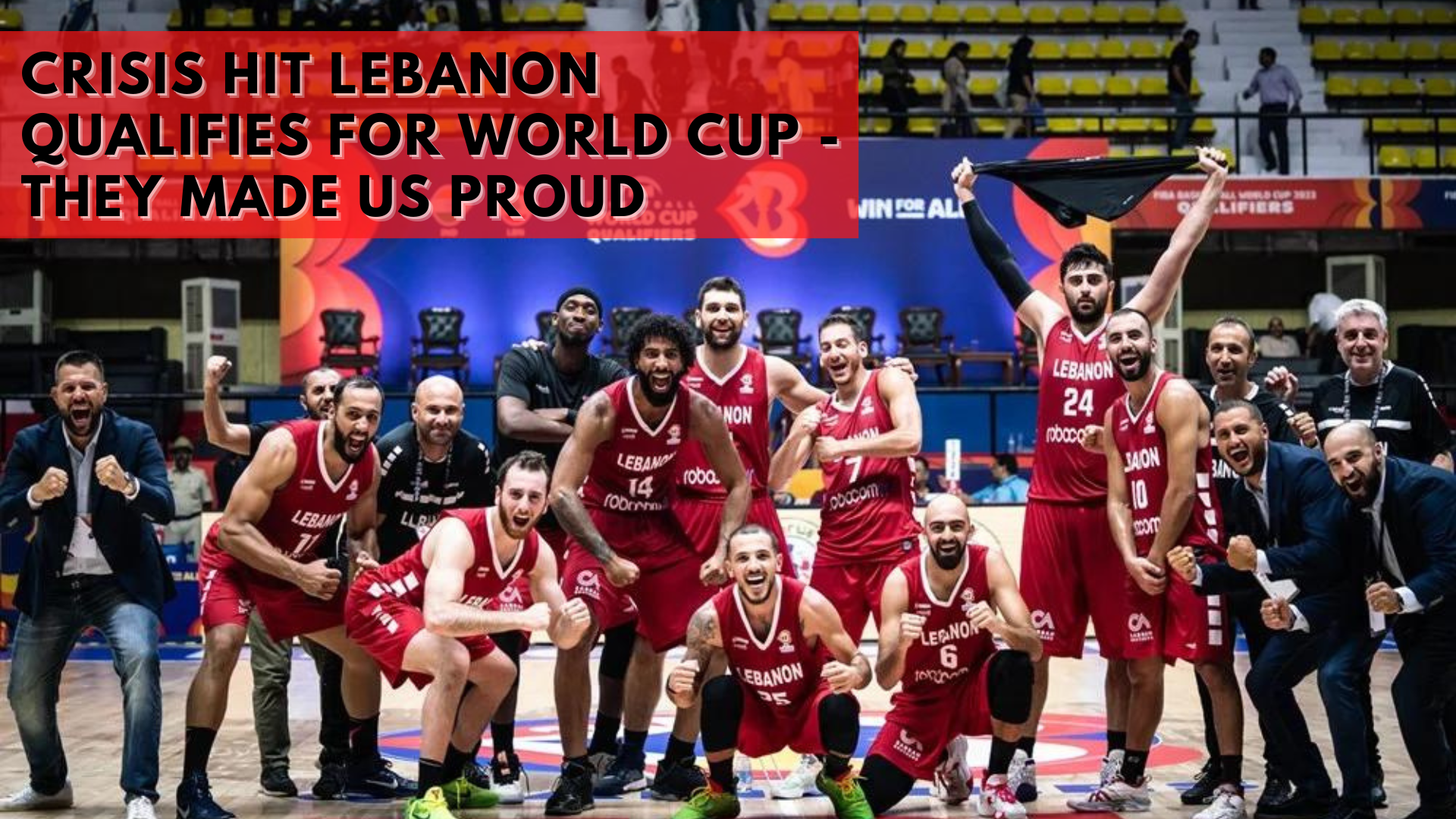 Crisis-hit Lebanon qualifies for the world cup for the fourth time in their history on August 29, 2022, after defeating India 95-63 in Bengaluru.

The team's accomplishment provides some solace to the Lebanese people, whose country is mired in an economic, financial, and political meltdown that has pushed 80 percent of the population below the poverty line, according to some reports.

Despite little government support for the national team, known as The Cedars, the national team achieved a rare moment of hope and unity in a country mired in fractious sectarian politics and a three-year economic meltdown.

Lebanon Crisis - How Bad Is It? 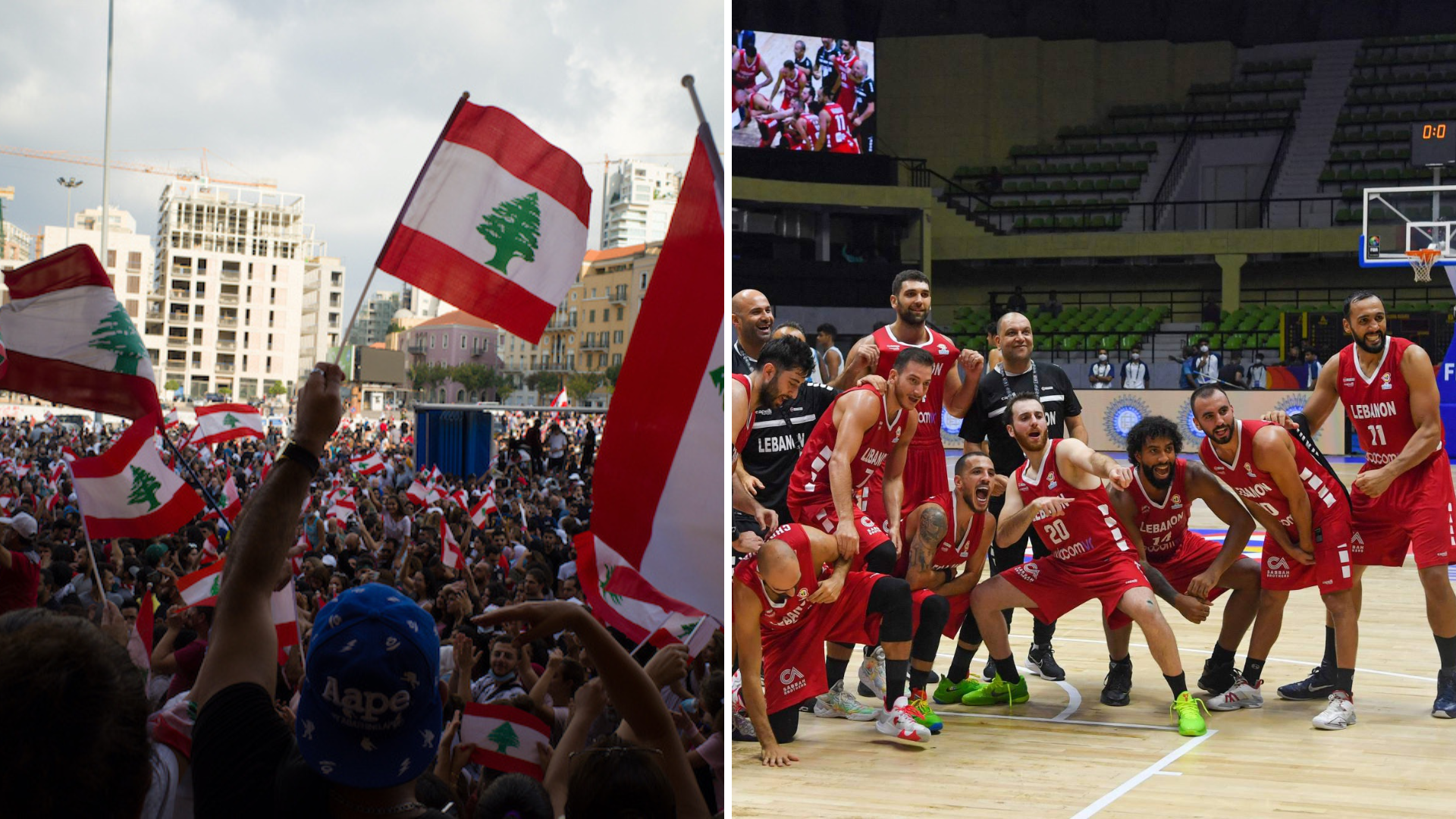 Lebanon has experienced an unprecedented economic decline since 2019, owing to decades of mismanagement and corruption.

Last year, the World Bank predicted that Lebanon would experience one of the world's worst financial crises since the mid-nineteenth century.

The bankruptcy of the state has hampered imports of basic items such as food, medicine, and fuel.

Due to a lack of hydrocarbons, the country's power plants have reduced their operations to a bare minimum. Power outages can last up to 23 hours per day, requiring residents to rely on costly private generators to keep the lights on.

According to the United Nations, more than 80% of people have fallen into poverty.

The monthly minimum wage, which was once worth $450, is now worth about $25, and inflation has reached triple digits.

The situation is exacerbated by informal banking controls, which have gradually tightened since their implementation in 2019.

Depositors are denied access to foreign currency savings and forced to withdraw their funds in Lebanese pounds at a central bank-set exchange rate that is far below market value.

Lebanon qualified for the Basketball World Cup for the first time in 13 years after defeating India 95-63 on August 29, 2022 in Bengaluru, India.

Lebanon is ranked 54th in the world, and the country last competed in the Basketball World Cup in 2010. They join Finland, Côte d'Ivoire, and New Zealand as the first teams to be confirmed for the 2023 tournament.

"They made us proud - if only in basketball," said university student Alaa Endeel after watching the game at a Beirut cafe. "It's great to see people from all Lebanese sects posting the Lebanese flag on their (Instagram) stories."

A win over the Philippines last week and a second-place finish at the Asia Cup in July behind Australia, which is ranked third in the world, had boosted the team's spirits.

"This is fantastic for the country's image because we're in a bad way here in Lebanon." "There's a glimmer of hope at the end of the tunnel," said former Lebanese national team coach Joe Mouajes to Reuters.

"When we traveled, we had no support and barely enough money in our pockets." But we demonstrated how we can work together for a common goal while putting the team first. "I doubt politicians will learn from this because it's always about them first and the country second," he said, "but we'll keep doing our thing."

Lebanon's crisis, which has left eight out of ten people impoverished, is widely blamed on corruption and mismanagement by the ruling elite and has been described as "deliberate" by the World Bank.

When billionaire tycoon and Lebanese Prime Minister-designate Najib Mikati congratulated the national team on their July victory over China, captain Wael Arakji responded that the victory had little to do with political support.

Mikati congratulated the team once more and stated that he would continue to do so despite criticism from his critics.

Japan, Indonesia, and the Philippines will host the 2023 Basketball World Cup, which begins in August.

To sum it up, Crisis-hit Lebanon qualifies for the world cup whereas Lebanon is ranked 54th in the world, and the country last competed in the Basketball World Cup in 2010.

They join Finland, Côte d'Ivoire, and New Zealand as the first teams to be confirmed for the 2023 tournament. Lebanon, welcome back to the big stage.