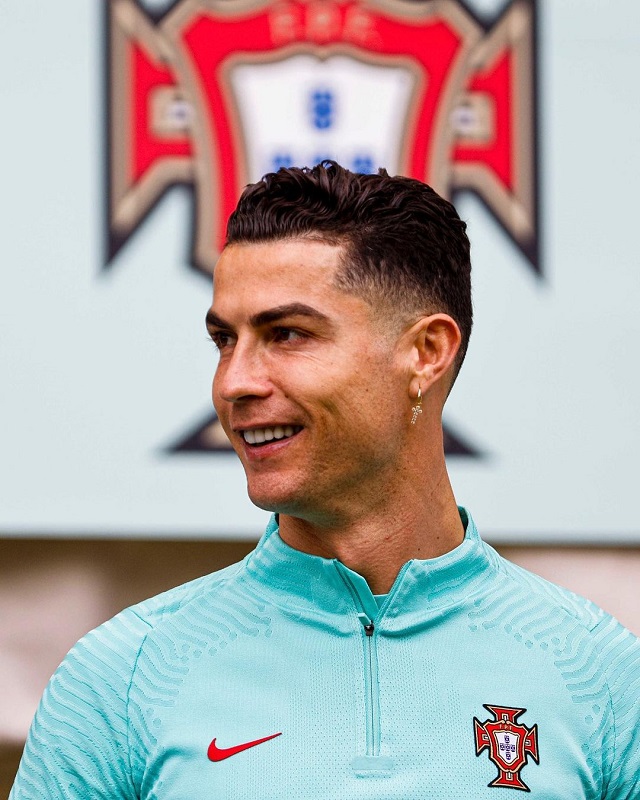 Approaching middle adulthood – he turned 37 last February 5 – what’s Cristiano Ronaldo been up to these days?

Well, just only a few days after he celebrated his birthday this year, news outlets reported about a Panini card featuring him selling for a whopping $80,000 (£60,000)!

Talk about the price of fame, albeit literally!

The sale happened at the Goldin Auctions in New Jersey.

The said playing card – a “’true rookie card’” – shows a close-up shot of young Ronaldo when he debuted for Sporting Lisbon at the 2002-03 season, according to MailOnline.

It’s considered rare for being one of the only 22 existing ones still in mint condition (some 200 exist in varying states).

The Professional Sports Authenticator (PSA) gave it a grading standard of “Gem Mint 10” (or “GEM-MT 10”). Based on the PSA website, such a card is “a virtually perfect card.”

“It is practically flawless,” said Goldin Director Jamie Salt, as quoted by MailOnline.

Speaking of flawless, how’s the recent performance of Cristiano Ronaldo? Is he really transferring?

At 36, Ronaldo made a second debut with the football club, signing a two-year contract in August 2021, reported ESPN.

Recently, however, rumors started to pile up about Ronaldo’s possible departure from the club for the second time around.

It all has something to do with Dutch football manager Erik ten Hag’s (currently AFC Ajax’s head coach) soon-to-be presence at Manchester United.

Per Mirror, Ten Hag could be signing a four-year contract. As for Rangnick, he will remain a part of the club for another two years as a consultant.

Nicknamed “the Professor” and used to play as defensive midfielder, Rangnick has been the Premier League club’s German interim manager since December 2021. He took over after the club’s Norwegian manager Ole Gunnar Solskjaer left, who coached Manchester United from 2019-2021.

According to Daily Star, Ten Hag will let go of Cristiano Ronaldo as he “will not suit his style of play.”

With the transfer rumors floating around, Cristiano Ronaldo might either stay with Manchester United Football Club or leave.

If a report from Spanish journalist Manu Sainz of Diario AS in Madrid is to be referenced, Ronaldo will remain with Manchester. That’s what London-based sports journalist Richard Martin tweeted on March 17, 2022. 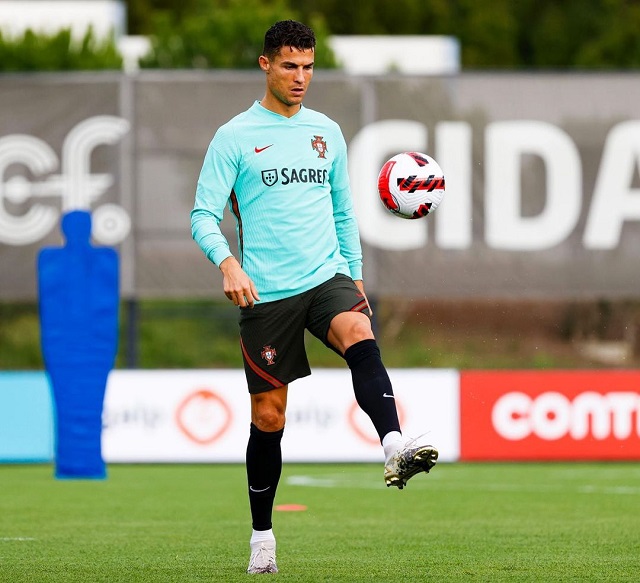 Now if we’re talking about the 2022 FIFA World Cup in Qatar (November 21 to December 18), Ronaldo will be playing for the Portuguese national team.

Portugal qualified for the said international tournament when it beat North Macedonia (2-0).

“I expect Qatar could be my final World Cup,” said Ronaldo, as quoted by Bleacher Report.

How Many Teams Did Ronaldo Play For?

In 1997, Sporting Lisbon (that time was known as Sporting Clube de Portugal; now also goes by the name Sporting CP or simply Sporting) took him in.

According to Britannica, he initially played for Sporting’s youth teams. It was in 2002 when he made his first debut.

Per aworldofsoccer.com, below were the past teams of Cristiano Ronaldo:

Why Do They Call Ronaldo El Bicho?

Once in a while, athletes, particularly the big names in the sporting world, get baptized with monikers.

The nickname that went to Cristiano Ronaldo was “El Bicho.”

Bicho,” according to The Press & Journal, has a negative meaning.

But when used on Ronaldo, the “bicho” now has reference to “Toro de lidia” (“Spanish Fighting Bull”).

Sports website myKhel said that it’s Manolo Lama who came up with the name. The Spanish sports commentator started calling Cristiano Ronaldo as “El Bicho” during his time with Real Madrid CF.

In his comeback with Manchester United, Cristiano Ronaldo sat down with sports journalist Stewart Gardner for his first interview for the club in 2021.

In the interview, published at the club website, the 6-foot 1-inch Portuguese striker told Gardner that he wanted “to try to help Manchester achieve great results, to win trophies.”

When Gardner asked about his loyal United fans, who would still sing his name, Ronaldo said, “I know they still sing my music which has made me feel even more happy.” 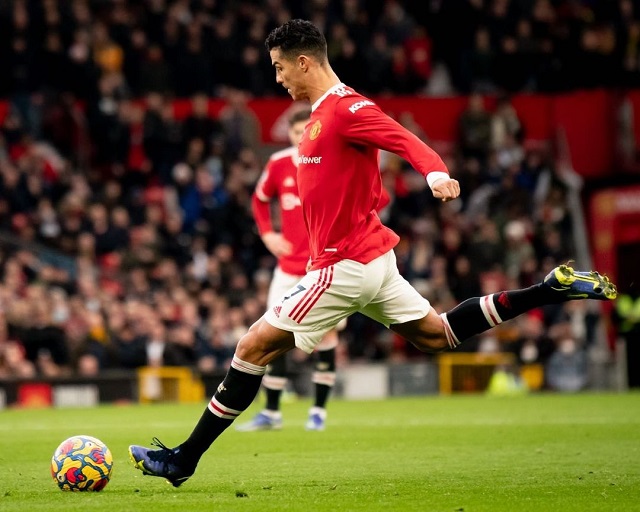 The fans, per MEN, “believe” that Cristiano Ronaldo should leave the club because what happened was different to what he said to Gardner.

When he returned to Manchester, MEN commented that “it has been far from the glorious comeback” he intended. In addition, MEN mentioned that his energy and mobility have changed now that he’s 37.

Ronaldo’s overall performance for the 2021-2022 season, according to The Sporting News, was lackluster. He failed to score a goal in the last six games he played at since the start of 2022.

Will Cristiano Ronaldo redeem himself in the next season?

The fourth child of a poor couple – the husband, a gardener; the wife, a cook – Cristiano Ronaldo grew up in the island of Madeira in Portugal, according to Wikipedia.

“I was brought up with nothing, we were very poor,” Ronaldo disclosed to Mirror in a 2012 interview.

If he used to share a small room with his three older siblings, by the time he granted the said interview, he already stayed in £10,000-a-night hotels.

At 26, he already owned a mansion in Madrid worth £5million, a hotel, and several bars and nightclubs.

As of 2022, per Wealthy Gorilla, his net worth soared to approximately $500 million.

Since 2017, Cristiano Ronaldo has been married to Georgina Rodriguez, a sales assistant at a Gucci store in Madrid.

It was in 2016, according to The Independent, when the two met in the said store. 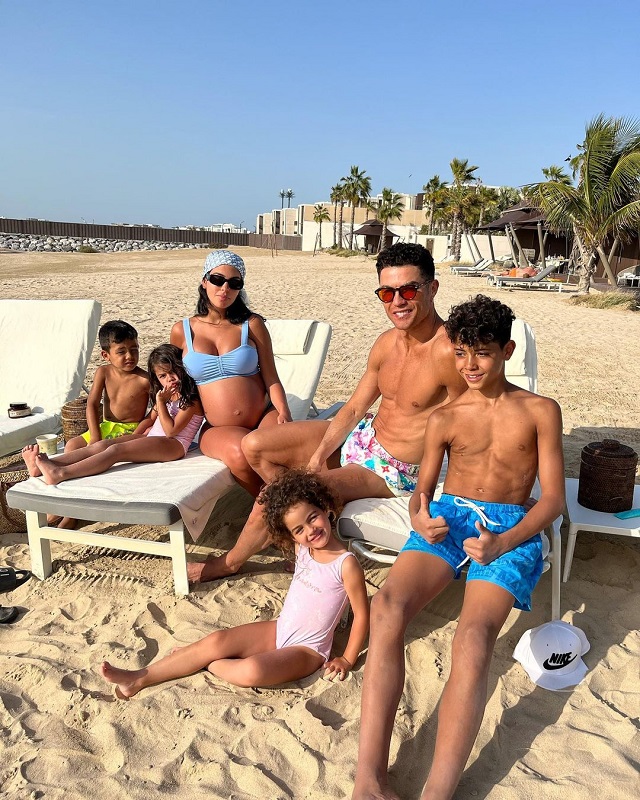 Cristiano Ronaldo, Georgina Rodriguez, and their four kids at a beach in Dubai

Ronaldo is a father to four children, namely:

Prior to his marriage, Ronaldo and Russian model Irina Shayk dated for five years.

In the early days of his football career at Sporting CP, Cristiano Ronaldo captivated the players of Manchester United.

They “talked about him constantly,” revealed Sir Alex Ferguson, the club’s Scottish football manager at that time, according to Sportskeeda. It happened in the locker room after the club played against Sporting.

The 80-year-old Sir Ferguson, who retired in 2013, added that the players even pressed him to sign Ronaldo up.

No need for further convincing, though, as Sir Ferguson himself was fascinated with Ronaldo’s skills.

“He is one of the most exciting young players I’ve ever seen,” he said.

Now at 37, with transfer rumors hounding him together with his recent dismal performances, perhaps there’s still more excitement to expect from Cristiano Ronaldo.