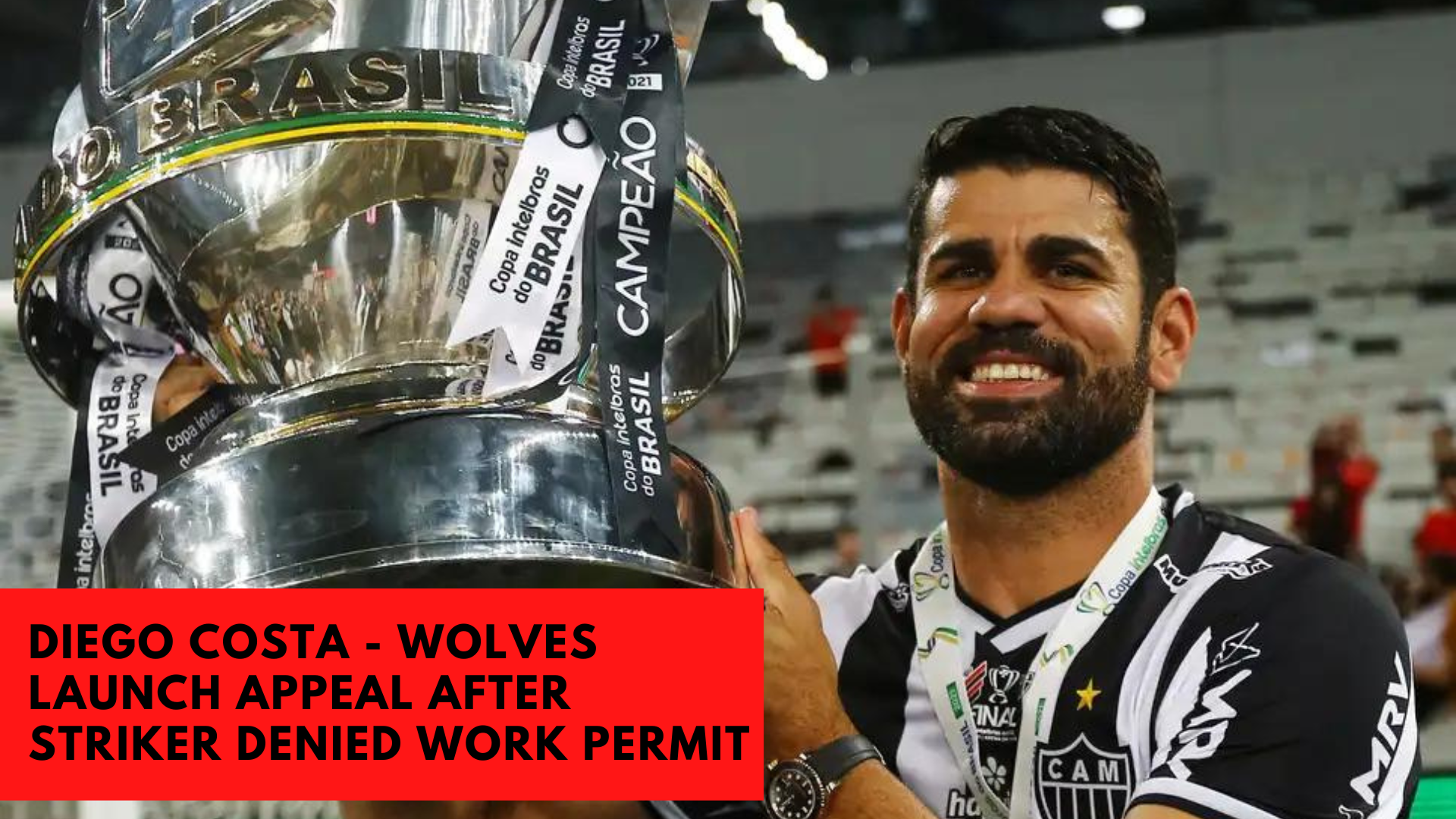 After failing to obtain a work permit for Diego Costa, Wolves launch appeal after striker denied work permit. Costa is on his way to Wolves' Compton training base while the Premier League club awaits the outcome of their appeal.

The former Chelsea striker has been on trial with Wolves this week as the club seeks replacements for Sasa Kalajdzic and Raul Jimenez, who have both been injured.

The 33-year-old has been a free agent since his contract with Atlético Mineiro expired in January. Costa appeared in five games for the Brazilian club, scoring five goals.

He hasn't played a professional game since December, and his lack of activity in recent months meant he didn't qualify for a work permit automatically. 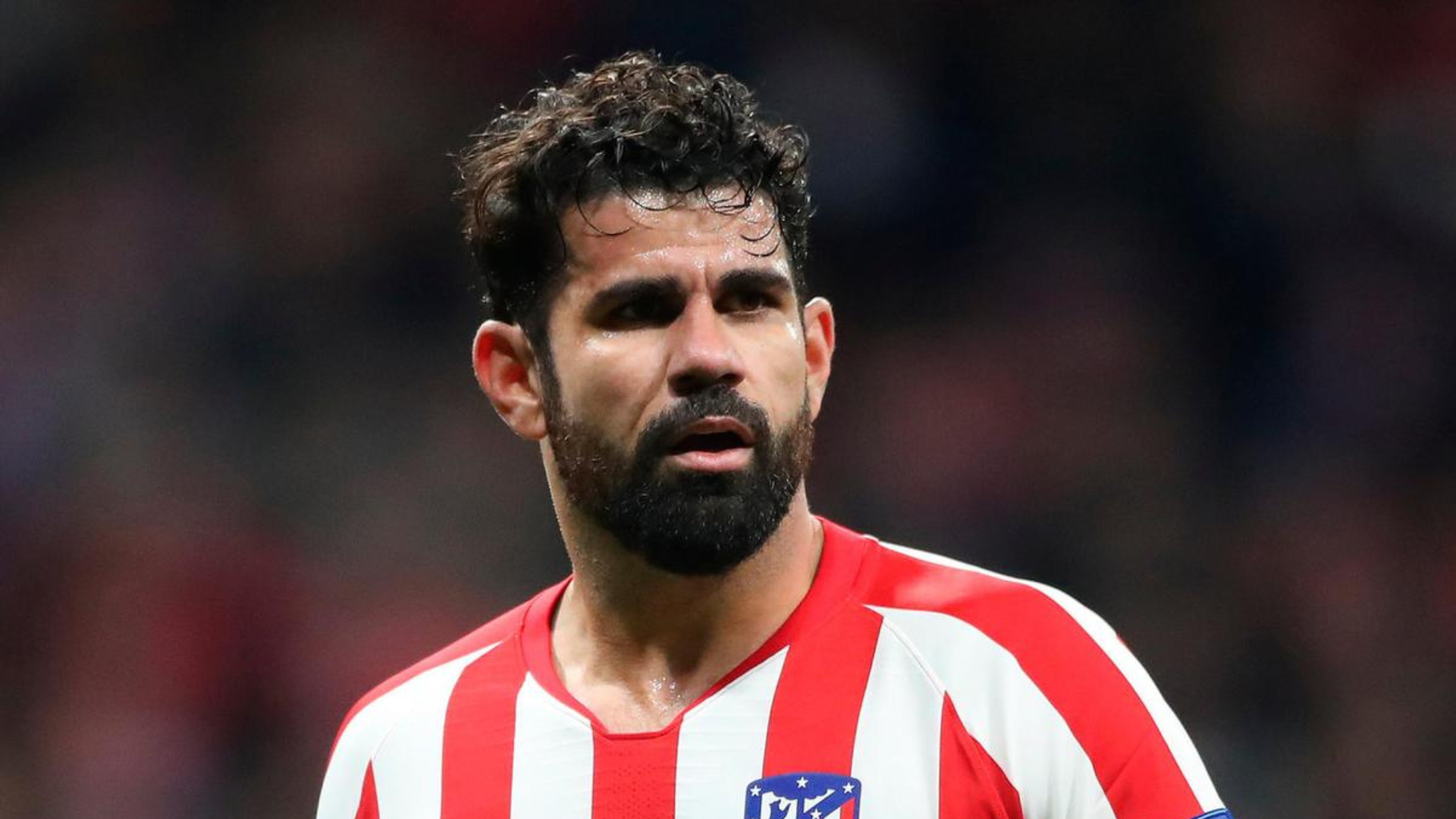 As Wolves await the outcome of their appeal, the former Chelsea striker continues to travel to the club's Compton training base.

Costa has been a free agent since leaving Brazilian club Atletico Mineiro in January, but his lack of activity means he does not qualify for a work permit automatically.

Wolves turned to Costa after new £15 million striker Sasa Kalajdzic suffered a serious knee injury on his debut against Southampton on Saturday.

In the post-Brexit points system, a player is judged on the quality of their last club's league, minutes played, and international appearances to earn a permit.

Wolves, who are 14th in the table, have only scored three goals in six league games this season, despite having the best defense in the division, having conceded four.

Costa made only 19 appearances for his previous club Atletico Mineiro and hasn't played competitively since December when his contract with the Brazilian club was terminated in January.

However, the fact that his initial application was rejected by such a slim margin has prompted Wolves to file an appeal, which should be decided within the next 48 hours.

The Molineux club will highlight Costa's exceptional career and pedigree as an elite athlete, which saw him perform at the level of club and country for over a decade.

If that deal falls through, Wolves are reportedly interested in former Albion striker Andy Carroll, who is currently a free agent after leaving the Baggies at the end of last season. 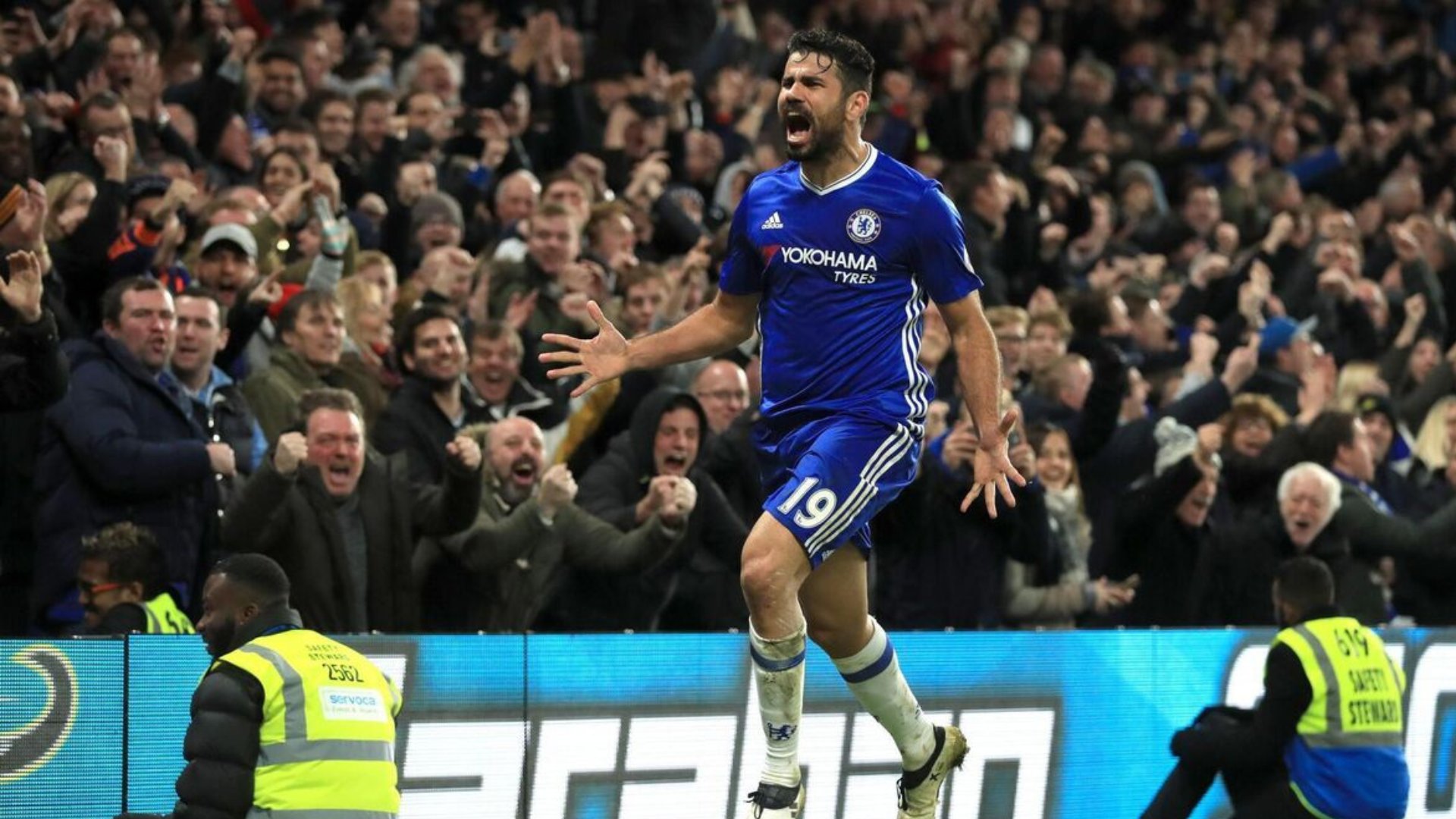 Diego costa shouting while running with a big crowd around him

The Wolves have filed an appeal against the decision to deny Diego Costa's work permit application. Diego Costa only missed out on the work permit he needs to play for Wolves by two points, giving hope that he will be able to sign the striker on appeal.

Diego Costa is expected to find out whether he can join Wolves on Wednesday, September 7, 2022, after initially failing to qualify for a work permit.

The former Chelsea striker has agreed to join the Midlands on a season-long loan to replace summer signing Sasa Kalajdzic, who suffered a serious knee injury on his debut.

However, Costa does not meet the requirements for an overseas player permit under the FA's rules. This is due to the fact that he has not played enough football in the last year.

Wolves' attempt to bring Diego Costa back to the Premier League has hit a snag, but the club remains hopeful of signing the former Chelsea striker, who has filed an appeal with the Football Association after being denied a work permit.

Costa is scheduled to fly to England on Tuesday and report for a medical examination on Wednesday. A hearing will be held to determine whether the decision will be overturned, with Wolves hoping to hear back before Saturday's game against Liverpool.

Costa's initial application did not meet the 15-point requirement for governing body approval (GBE). The club must show a panel that "exceptional circumstances" prevented Costa from reaching 15 points.

The points-based GBE system is influenced by a variety of factors, including international caps and domestic minutes played.

The Wolves have filed an appeal against the decision to deny Costa's work permit application. Diego Costa is scheduled to arrive in England on September 7 to complete the transfer, but the deal is contingent on Wolves convincing an FA panel that he should be granted clearance. Costa's previous performances, the club hopes, will earn him permission to play in England.