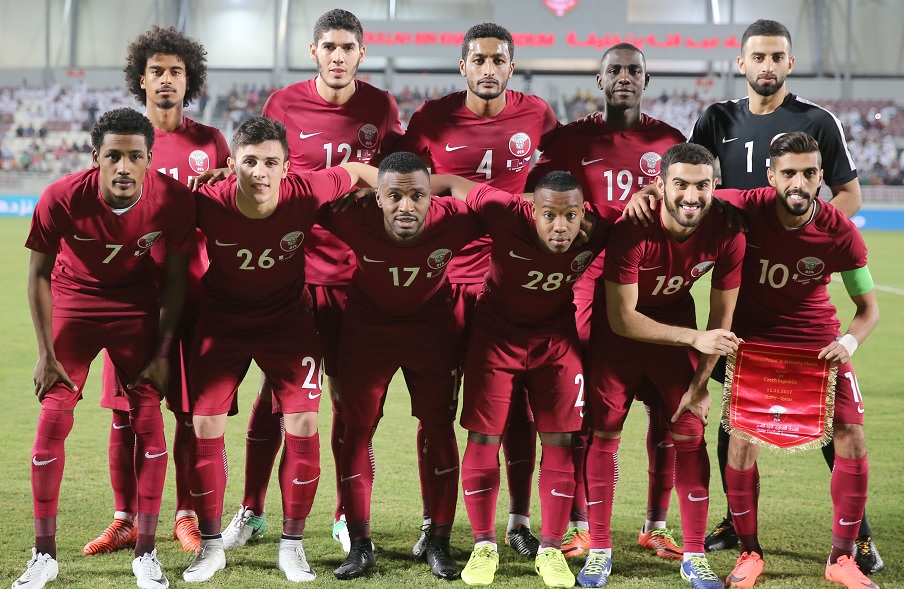 In World Cup 2022, Ecuador defeated Qatar. A dream turned into nightmare as Qatar suffered a shocking defeat in the said event.

FIFA's message to the participating nations before the start of the World Cup was to "Focus on football."

After the outcome of the first game of the competition, everyone associated with Qatar will want to put the previous hour and a half of football out of their minds for at least the next seven days.

The team captained by Felix Sanchez was routed by Ecuador with a score of 2-0, and they were unable to register a single shot on goal throughout the entire competition.

They also hold the distinction of being the first ever host team in the competition's history to suffer a defeat in the tournament's first game.

A day that began with players and fans alike feeling genuine optimism about the possibility of realizing their dream of competing in the World Cup quickly turned into a nightmare for everyone involved.

When Sepp Blatter removed the country's name from the envelope in which it had been concealed 12 years ago, a plethora of articles and online content were written about Qatar's eligibility to host the World Cup.

The buildup was overshadowed by concerns regarding the country's human rights record and its treatment of people who identify as LGBT, but the atmosphere outside the stadium was electric in the hours leading up to Sunday's game.

Both inside the stadium and during the opening ceremony, there were numerous nods to Qatar's rich cultural heritage.

Traditional Arabic dances accompanied by tablahs (drums) were performed close to the turnstiles while security guards rode camels and horses along the ramp leading to the entrance.

Even though the locals were more reserved, the Ecuadorian supporters who came from afar sang their hearts out for their team and had beautiful voices.

A glittering opening ceremony was performed by actor Morgan Freeman before the game began at Al Bayt, a stadium that is shaped like a Bedouin tent. Ghanim Al Muftah, who was born with the extremely rare caudal regression syndrome, read verses from the Koran during the ceremony.

Additionally, a new single was released by BTS's global superstar Jung Kook, who collaborated on the recording of the track with Qatari singer Fahad Al Qubaisi.

At the Doha Fan Festival, attendees had gathered to watch the game on a large screen as the moment they had been waiting for had finally arrived. Because there were thousands upon thousands of people, security had to start turning people away an hour before the game was set to begin.

Despite this, large numbers of people emerged from the subway stations, only to be redirected to a different big screen located some distance away from the fan festival.

Prior to this, there was very little written about Qatar being the champions of Asia and having five players on their squad who each had 100 or more caps under their belts. It was fortunate for them because they had a surprise in store for the fans.

Of course we didn’t hope for that, now it’s our turn to analyze this game, focus and try to forget today. There are no excuses. Congratulations to Ecuador, who deserved to win. There is a lot of room for improvement. We didn’t play at our best level. Maybe responsibility or nerves took the best from us. A terrible start, that determines the rest of the game. We have to forget about the pressure.

Qatar fans in maroon shirts made the most noise behind the goal. Qatar could have conceded their first World Cup goal when Enner headed in Valencia from close range, but the video assistant referee flagged an offside position.

However, things did not improve as the ex-West Ham Valencia striker scored from the penalty spot and headed in for a 2-0 halftime lead.

While the Ecuadorians were having a good time, the home fans in their traditional thobs and abayas mostly sat in silence, with the exception of a line of fans in maroon shirts behind the goal.

Many of those who left at halftime did not return, leaving the stadium half-empty for the majority of the second half. It contributed to a lackluster atmosphere that resulted in only one shot on goal in the second half.

To be honest, I’ve had enough work in this game to look at it. Yes, we have felt welcomed and supported by our fans and I hope they can be prouder next time. This national team can do better and I’m sure they will support us until the end of the tournament. It’s far from our best performance. This competition is short so we need to recover for the next game and hopefully things will be better for us.

Senegal, the African Cup of Nations champions, will play the Netherlands on November 29 to round out Group A.

Qatar must band together - and quickly - to avoid becoming only the second host country, after South Africa 2010, to fail to advance past the group stage.

Away from the field, the preparation for the home World Cup was greeted with a smile, but the national team does not want to go through the same ordeal.