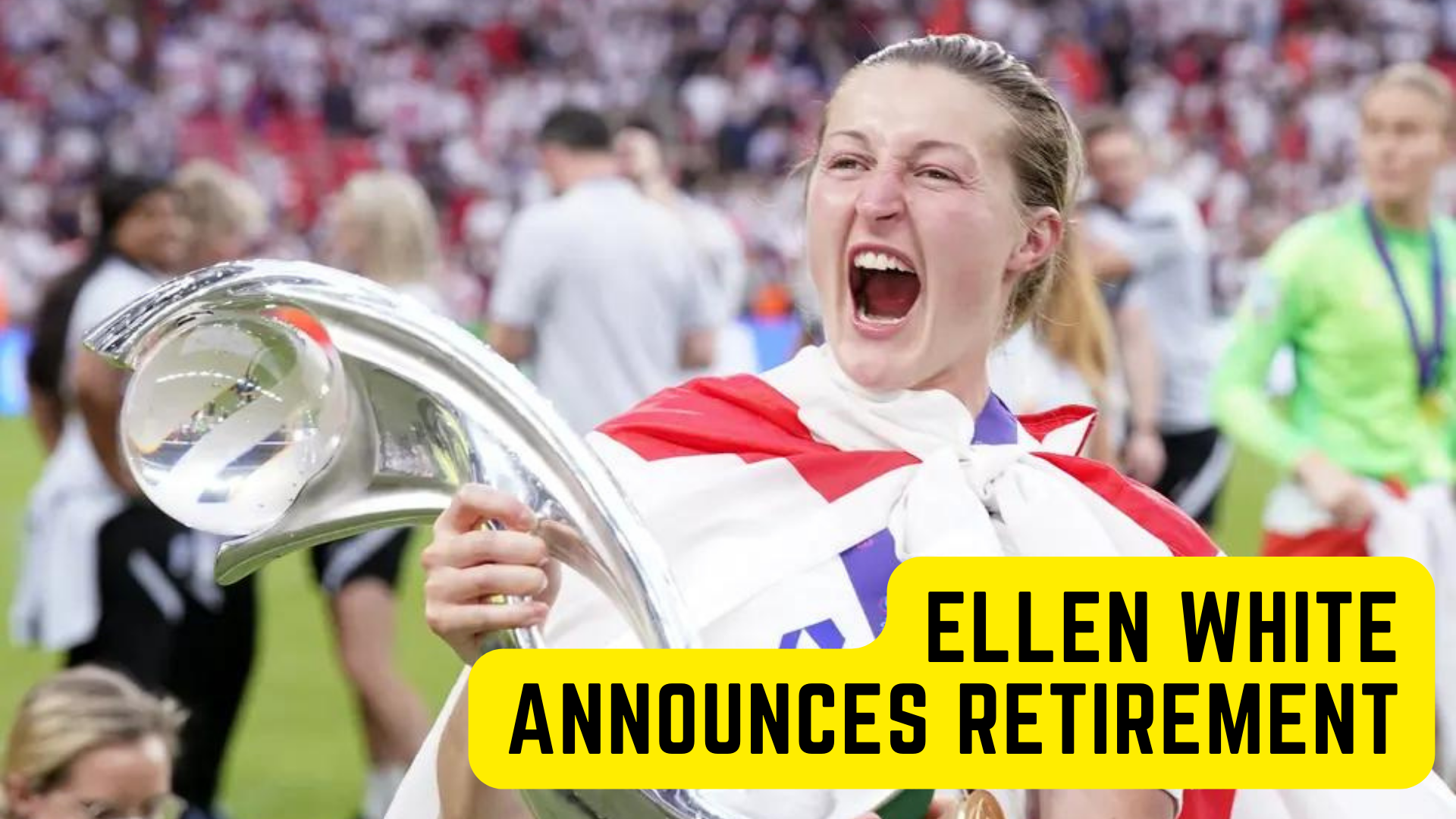 Ellen White announces retirement from football at the age of 33, saying all her football “dreams came true” in winning Euro 2022.

White is the all-time leading goalscorer for the England women's team, with 52 goals in 113 appearances.

She has demonstrated leadership, experience, and tremendous pride in both playing for her country and advocating for better opportunities in the domestic game.

Manchester City forward White was a member of the first England women's team to win a major trophy when they won Euro 2022 at Wembley Stadium in July, defeating Germany 2-1.

Over the course of her 17-year career, White scored 52 goals and earned 113 caps for England.

In 2010, she made her debut against Austria.

She acknowledged that the pinnacle of her footballing career occurred in July, when she helped England win the Euro 2022.

"It has been my greatest honor and privilege to play this game. Playing for England has and always will be the greatest gift," "You don't have to be the best at something to make your dreams come true, just look at me," White said. She added: "Don't ever let someone tell you 'you can't do something or achieve your dreams. 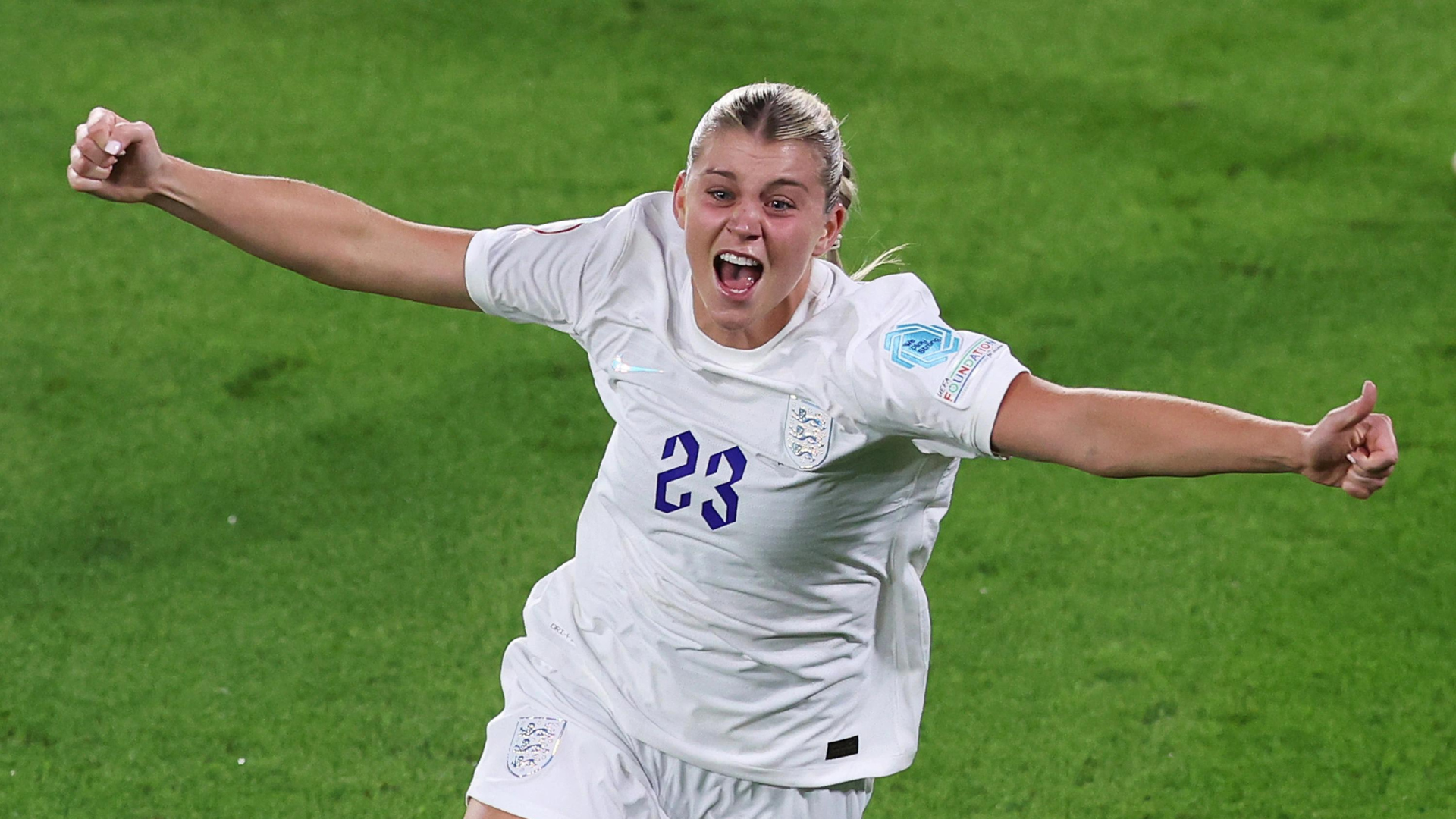 Ellen White running in the field with her armes wide open

She began her club career at Chelsea in 2005 and has since played for a number of England's top clubs, including Leeds, Arsenal, Notts County, Birmingham City, and Manchester City.

White achieved the majority of her success at Arsenal, where she won two Women's Super League titles, two FA Cups, and three League Cups. During her three years at Manchester City, she also won the FA Cup and the League Cup.

White's goalscoring exploits for England began 12 years ago against Austria, and she demonstrated her prowess in front of goal on the global stage with a spectacular lob against Japan at the 2011 World Cup in Germany.

Seven more goals followed in 2017 and 2018, before a productive run in 2019 in which White finished joint-top scorer at the 2019 World Cup, scoring six times as England finished fourth.

Later that year, White scored in England's friendly loss to Germany at Wembley, which drew a record-breaking crowd for a Lionesses home international of 77,768.

She represented England in three Euros and three World Cups, finishing third in 2015 and fourth in 2019.

In November 2021, White broke Kelly Smith's record of 46 goals for the Lionesses as England defeated Latvia 20-0 in their largest-ever competitive victory.

White has been a senior figure in women's football in the United Kingdom for many years and became a household name during the 2019 World Cup, where she finished as the joint-top scorer.

She retires just one goal short of Wayne Rooney's record of 53 for both the men's and women's teams.

Her iconic goggle-eyes' goal celebration has become a familiar image among football fans, and her fun post-match dancing at the Euros will be remembered fondly. 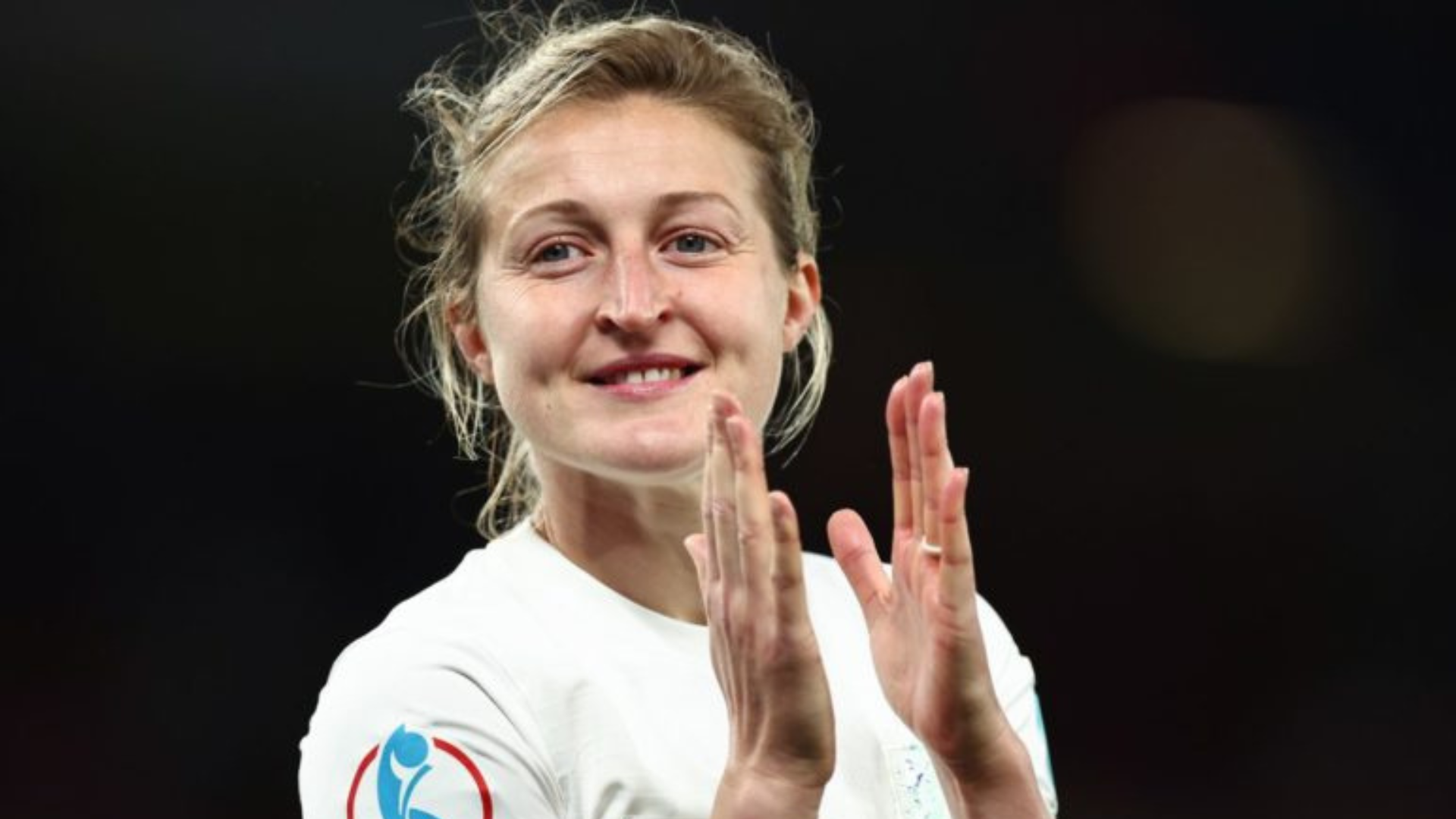 “Ellen White will long be remembered as a model for others to follow. “It is not just about her record-breaking 52 goals and performances on the pitch, but about the standards she set and the way she conducts herself.

“A true leader of women, it has never been about Ellen White for her – even when she was scoring the crucial goals or giving everything she had, it was always the team first. She is a legend of the modern game.”

"Ellen has given so much for England and we are all so proud of her," she said. "I have only had the pleasure of working with her for this past year, but her professionalism, work rate, and finishing ability are world-class.

She added "This summer she did an amazing job for the team, she is the perfect team player and helped the younger players to find their way in international football. I already knew she was a great player but I found an even better person."We will miss her, but I fully understand her decision to take a new direction".

"And although her career is now at its end, her efforts have paved the way for so many to flourish in the future," Taylor said.

"She has given so much over the years to the game that she adores, and she leaves it in the strongest place it has ever been, which is testament to her hard work and sacrifices.

"She has been the definition of the consummate professional and I feel incredibly privileged to have been able to work with her over the past two seasons - her name will be written into the history books as an icon of women's football.

"Whatever her next steps are, on behalf of everyone here at Manchester City, I'd like to express our immense gratitude to her and wish her all the very best for the future."

Ellen White's retirement from football will go down in history as one of England's greatest players, and she leaves the game at the top after this summer's Euro success.

Her goalscoring records for both club and country are outstanding, and few players in history can claim to have competed in six major tournaments as well as two Olympic Games.

Her goals will be widely celebrated, but her contribution off the field to the growth of women's football cannot be overstated.

She will be greatly missed by the game.