While some may accuse her of being a bigot, Viera rejects the assertion 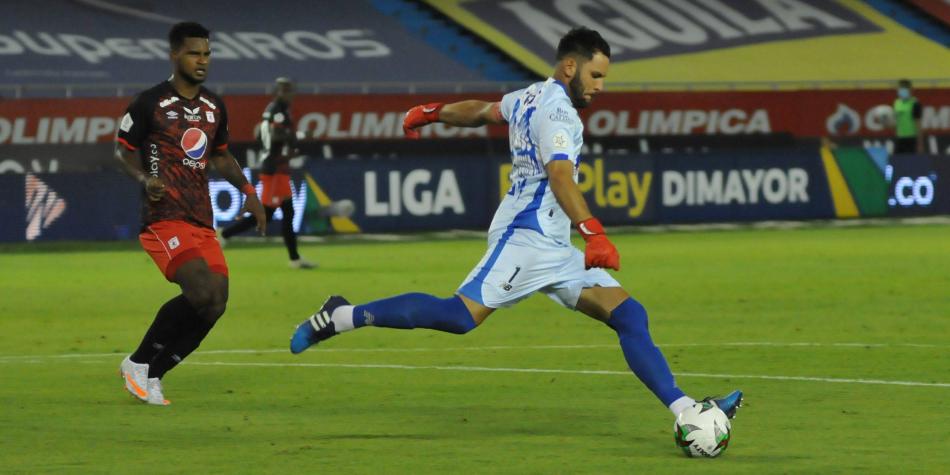 Alberto Santacruz, the player and manager of Deportivo Pasto of Monday, alleged that his opponent, goalkeeper Sebastián Viera, had hurled derogatory taunts at him on the previous day in a match where the two teams had played to a 0-0 draw.

A short video on Viera's Twitter feed that portrayed him as being negative toward pastos had aired without audio in which promised to include the phrases he believed to be xenophobic and bigoted.

"Exactly at the time when I am insulted by Sebastian Viera, it is his xenophobia and his belittling of Pasto and the area around the city. creative, or lead is a boss' are impolite and hostile, rather than 'You are in charge of this town of m ...' "Santacruc commented Due to Santacruz having the YouTube account blocked, this video cannot be posted.

Fulop is an artist! Mick answered Santacruz in two ways: he called him out on his Instagram, posting a photo that included the word "insing" in front of his avatar along with an image of himself, and the second, with a direct reply on his personal profile.

However, in addition, Viera also incorporated a video of Santacruz from the Deportivo Pasto' official insulting him into the film, using it with sound and subtitles.

There has been no response from the league or the Disciplinary Commission so far.