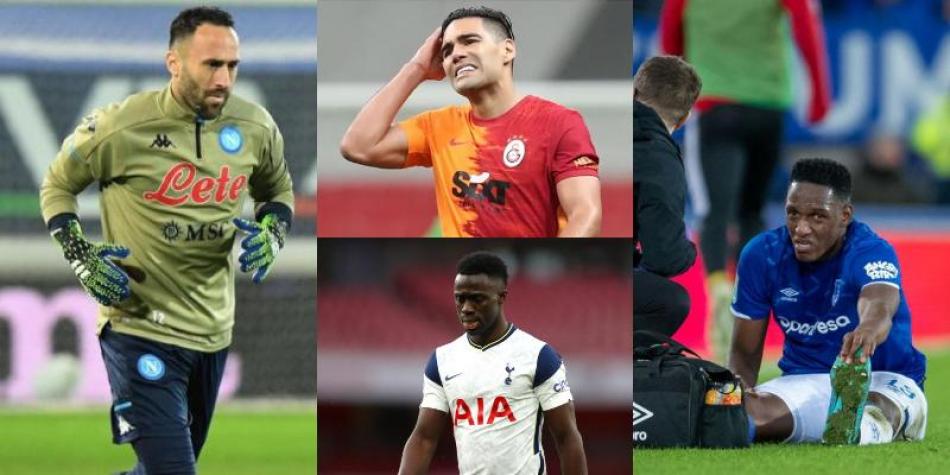 The Europe 2020/2021 season has ended and only the finals of the Champions League and the Europa League remain. The major countries crowned their squads, established quotas for the next season and met their offspring. Furthermore, the scorers have made their mark and some new numbers are now appearing.

In the other hand, the Old Continent's Colombian soccerists were not brilliant in the previous years, with several incidents of high standards, a shortfall of titles with their clubs and many instances of loss of regularity, injuries and poor returns.

In Spain, for instance, none of the Champions League teams has Colombians. Only Villarreal will qualify for the top European competition with Carlos Bacca if they win the Europa League final on Wednesday, 26 May, when they are in Manchester United.

Jeison Murillo in LaLiga played an acceptable part in Celta de Vigo; Luis Suárez had scored two goals but he was hospitalized and had not finished playing; while others had been spared in the down: Helibelton Palacios and Johan Mojica, with Elche, and Juan Camilo Hernández, with Getafe.

Luis Fernando Muriel and Duván Zapata, who advanced the Atalanta in Italy, did not disappoint and scored 37 goals, while 'Luisfer' was third on the gunners table with 22 goals, overtaken only by Cristiano Ronaldo and Romelu Lukaku; and the 'Toro' was 15. But they and their teammates missed the Italian Cup and failed to finish second in Italy since they lost their last match against AC Milan.

In Juventus, Cuadrado played regularly, but like his teammates, it was marked by a series of ten straight Series A championships. The title of the Italian Cup is not sufficient for comfort.

Jhon Córdoba plays for Hertha Berlin in Germany. He was hospitalized in his first season but still netted seven goals in 21 games.