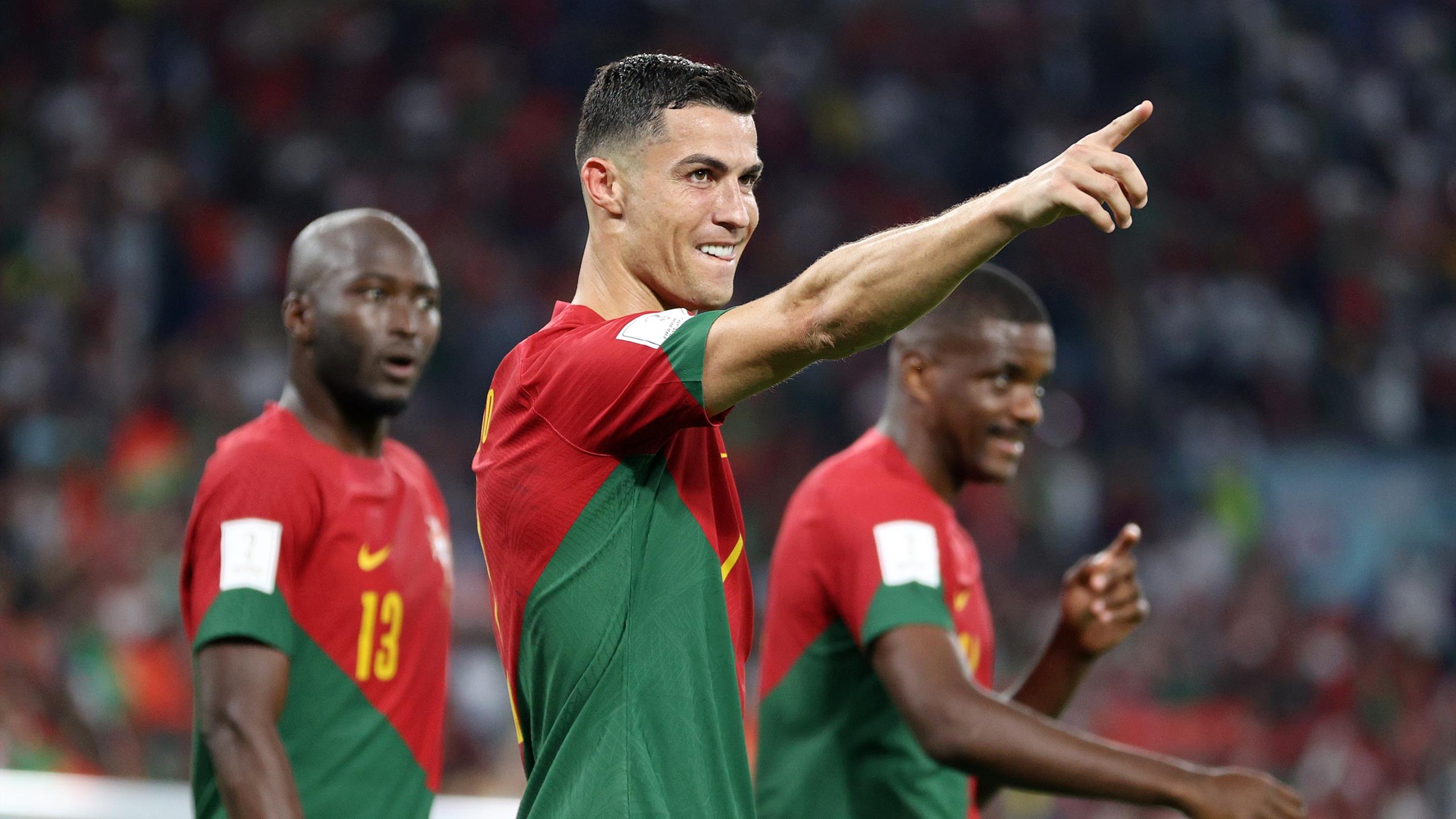 FIFA praises Cristiano Ronaldo as a total genius because of the manner in which he was responsible for winning a penalty kick for Portugal during their World Cup victory over Ghana.

The 37-year-old player made the conversion from the penalty spot to become the first player in Fifa World Cup history to score at five different tournaments.

The awarding of the penalty kick angered Ghana manager Otto Addo, who claimed that the play did not warrant a penalty and led to Portugal's 3-2 victory.

A member of the Fifa technical study group (TSG) named Sunday Oliseh stated that strikers are "getting smarter" while speaking at a briefing in Doha.

Arsene Wenger, a former manager of Arsenal, is currently the head of the TSG, and he examines each match in order to provide analysis that includes performance data and trends.

After 20 games, nine penalties have been given out, which puts this tournament on track to break the record of 24 penalties that were given out during the group stages of the previous tournament, which took place in Russia four years ago.

The attempts of Robert Lewandowski of Poland and Alphonso Davies of Canada have both been blocked, while all other seven have been successful in finding the back of the net.

This includes Ronaldo, who was brought to the ground by a challenge from a defender for Southampton named Mohammed Salisu. During an interview on BBC Radio 5 Live, the former England defender Matt Upson referred to it as a "dive."

The loss left Ghana manager Addo fuming, and he expressed his frustration to BeIN Sports by saying,

The referee gave a penalty which was not a penalty - everyone saw that. Why? Because it's Ronaldo or something? The referee was not in our favor.

Maybe the strikers are getting smarter? The Ronaldo penalty, people can say what they want about him, but the smartness to wait for that second, to touch the ball, continue his leg and then get the contact. That is total genius. Let's give strikers the compliment for getting smarter. VAR is also a major reason why this (more penalties being awarded) is happening. Referees can look at it three or four times.

There were four games in the opening 16 matches that did not have any goals scored, which established a new record for the percentage of goalless games in the first round of group games at 25%.

Even though only 20 of the 64 games scheduled for the World Cup have been played as of Saturday's matches, Qatar 2022 is already dangerously close to breaking the record for the most number of scoreless draws at the World Cup, which currently stands at seven and has occurred across four different tournaments.

During the previous World Cup, which was held in Russia, there was only one match that ended in a goalless draw. It was a group match between Denmark and France.

Teams have not wanted to take too much of a risk.

Clearly many teams are relying on a cautious approach, Zaccheroni, who won Serie A with AC Milan and the Asian Cup when he was coach of Japan. But as the tournament progresses we will see teams become a bit braver.

Players Are 'At Ease' With Matchball

In the 20 matches played as of Friday, November 25th, 49 goals had been scored.

There was not a single goal scored from outside the box in the first round of 16 games. Two goals have been scored from distance in the four games played so far in the second round of matches, which is significantly fewer than the previous two tournaments at this stage.

Iran's Roozbeh Cheshmi broke the trend on Friday with a rasping strike against Wales, while the Netherlands' Cody Gakpo scored in a 1-1 draw with Ecuador later that day.

Fifa describes the 'Al Rihla' match ball developed for the World Cup as "traveling faster than any ball" in the tournament's history.

The governing body of global football also stated that the ball "provides the highest levels of accuracy and reliability on the field of play."

Technology has improved the game, it is helping the ball, boots, gloves, data. Everything is for the improvement of the game. When you have good shooters, any kind of ball will be fast and dangerous. I have spoken with friends from all over the world, this is a ball they are all feeling comfortable with. Us goalkeepers are always talking about the fast moving ball but everything is for the good of the game.