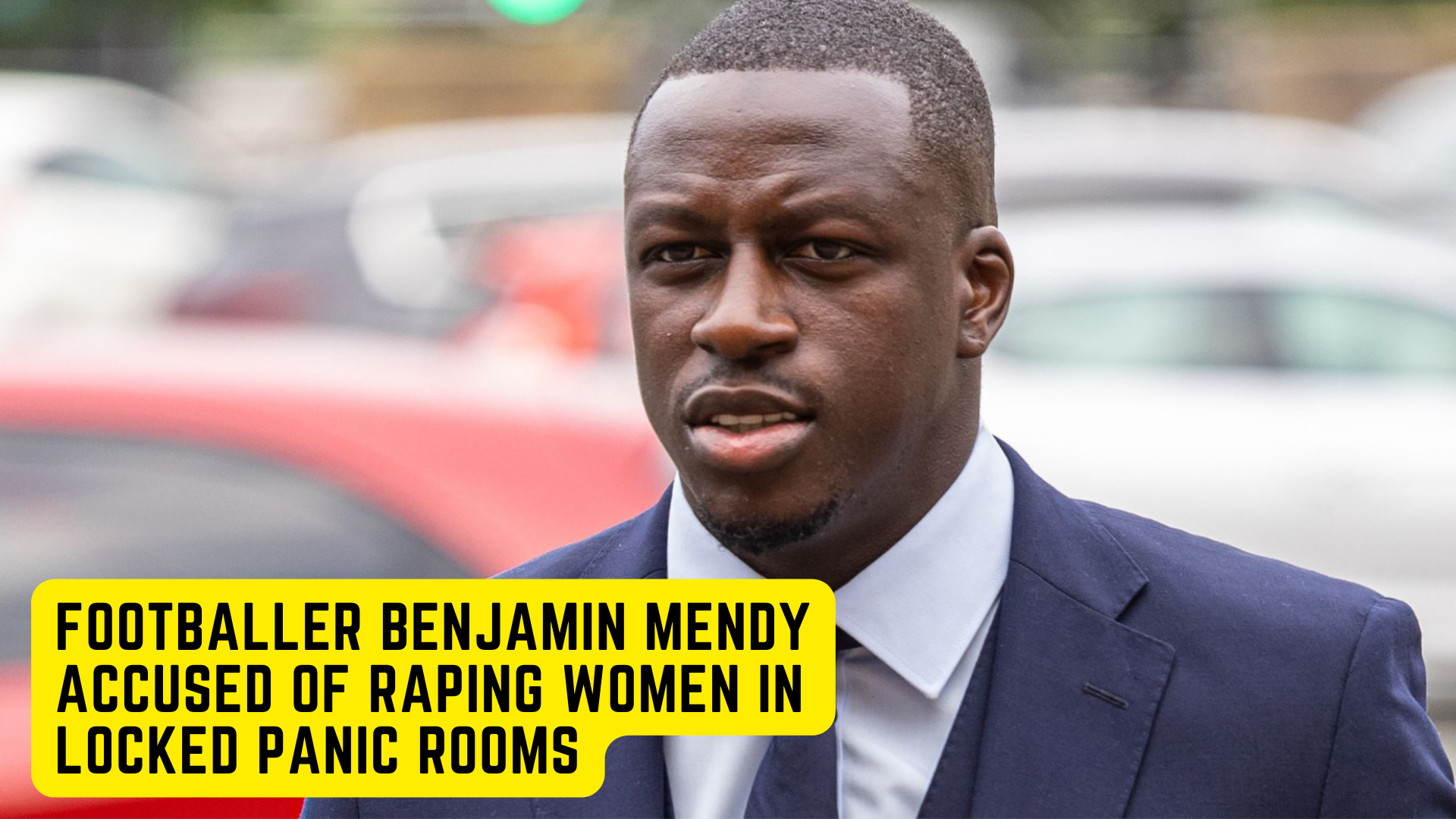 Footballer Benjamin Mendy accused of raping women in “panic rooms” in his isolated mansion from which they believed they could not escape, a court has heard.

A jury at Chester crown court heard on August 15, 2022, that the 28-year-old French international defender used his wealth and fame to entice women back to his gated Cheshire home and rape them when they either said no or were too drunk to consent.

The court heard that he met many of the women in Manchester nightclubs, often with the assistance of his "fixer," Louis Saha Matturie, 41, known as Saha, who is on trial with him on multiple counts of rape and sexual assault.

A court heard that Manchester City defender Benjamin Mendy gave women the same 'intro line' before attempting to rape them.

The footballer, 28, denies raping and sexually assaulting seven women at his Cheshire mansion on five separate occasions between October 2018 and August of last year.

According to the prosecution, Mendy told two of the alleged victims, "I just want to see you naked" before attempting to rape them.

Mendy's friend and 'fixer,' Louis Saha Matturie, is also on trial for allegedly assisting Mendy in finding young women and being present at parties where women were raped.

According to the court, two of the women were taken into rooms they thought were locked, and two were allegedly raped by both men on the same evenings.

According to Chester Crown Court, the World Cup winner with France "thought he could get away with" sex attacks, believing that any woman entering his home "was available for sex."

Mendy, who was purchased for £52 million, denies eight counts of rape involving five women as young as 17, one count of attempted rape, and one count of sexual assault.

Mr. Cray stated that the jury would hear from 13 alleged victims, and that "No" was "not even an option" for the two defendants when it came to consent.

He claimed Mendy's home was 17 miles outside of Manchester and featured a cinema, pool, and gym. It was allegedly the site of the majority of the attacks.

Mr. Cray stated that the mansion was "isolated, or so many witnesses believed with the gates locked behind them, they felt vulnerable."

" He said the women had their phones removed and many were drunk - and "the defendants wanted them to be drunk".

One woman ended up there, according to the jury, after going to Manchester for food and drinks with defender Mendy and another man.

"The next day, she was taking a shower when Mendy entered the bathroom and began to touch himself in front of her," Mr. Cray said.

According to the prosecutor, she was unable to leave the room and wound up on Mendy's lap on a bed. "She couldn't get away from him," he said.

Benjamin Mendy in blue coat with some cars behind him

Two of the women told police that they had been "passed between" both men at Mendy's multimillion-pound mansion, where he hosted pool parties.

According to the court, one was so drunk that she didn't realize both men had sex with her until semen from each was found in her knickers.

Some of the women told police that their phones were taken from them.

Cray described one of the women as "the polar opposite of a football groupie," and she claimed Mendy tried to rape her after she went to his house to meet another footballer.

Another woman told detectives that Mendy raped her while she was on her period.

One of the women accusing both men of rape was 17 at the time.

One was sexually assaulted while "more or less minding her own business in Mendy's kitchen," the court heard.

Two of the women claimed Mendy raped them in rooms they thought were locked.

Cray explained to the jury that the locks on the doors were legitimately used by wealthy individuals, and the jury was shown video footage of a police officer demonstrating it.

To sum it up, Footballer Benjamin Mendy accused of raping women and has eight counts of rape, one of attempted rape, and one of sexual assault.

Chester Crown Court heard the offenses against seven young women are alleged to have taken place at Mr. Mendy's "isolated mansion" home between October 2018 and August 2021.

Mendy has pleaded not guilty to all charges brought against him. The trial is ongoing and is expected to last over three months.