Headache for the fourth round: how many dates of penalty? 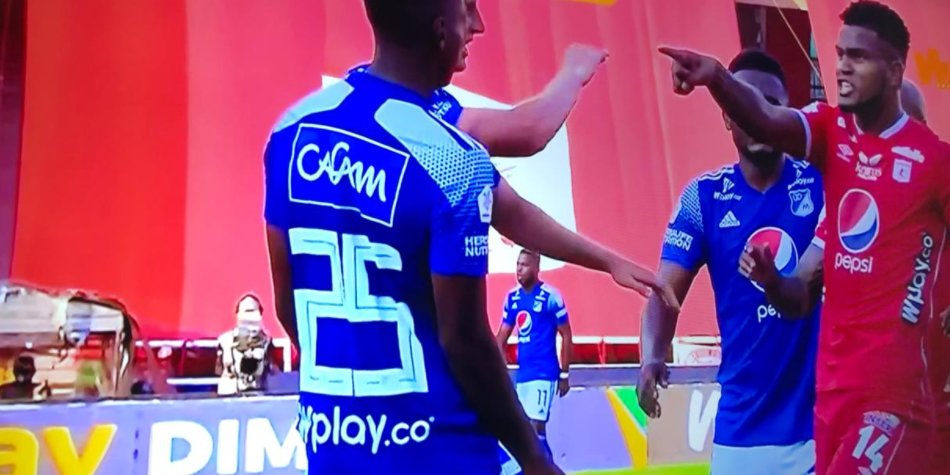 The bans is known this Wednesday for four players who saw the red in the quarter-final round. More days of suspension have passed to Emerson Rodríguez de Millonarios, who has been expelled after leaving for America to Aldair Rodríguez. On the holiday, the other players pay their date.

The offender missed the quarter-final return match and if Millonarios progress to the semi-final, they won't be allowed to be in the first match either. Rodriguez has been given two dates of the ban for Rodriguez's head butt, the Disciplinary Committee called "offensive behaviour." If the blues do not progress to the next round, on the first day of the next championship, they pay the second date.

Yesus Cabrera, who was given a "rough play" red against the Millonarios central Juan Pablo Vargas, would be required to pay a single date. Even, Cali's Carlos Robles and Junior's Marlon Piedrahita, who saw the red card last weekend as well.

It should be remembered that Saturday, Millonarios vs América, who are in favour of the Blues 2-1 and the Cali vs Tolima duel, are played in favor of Pijaos, 0-3. On Sunday, Santa Fe vs Junior will take turns in favour of the 1-3 shark and Nacional vs Equidad (0-1).