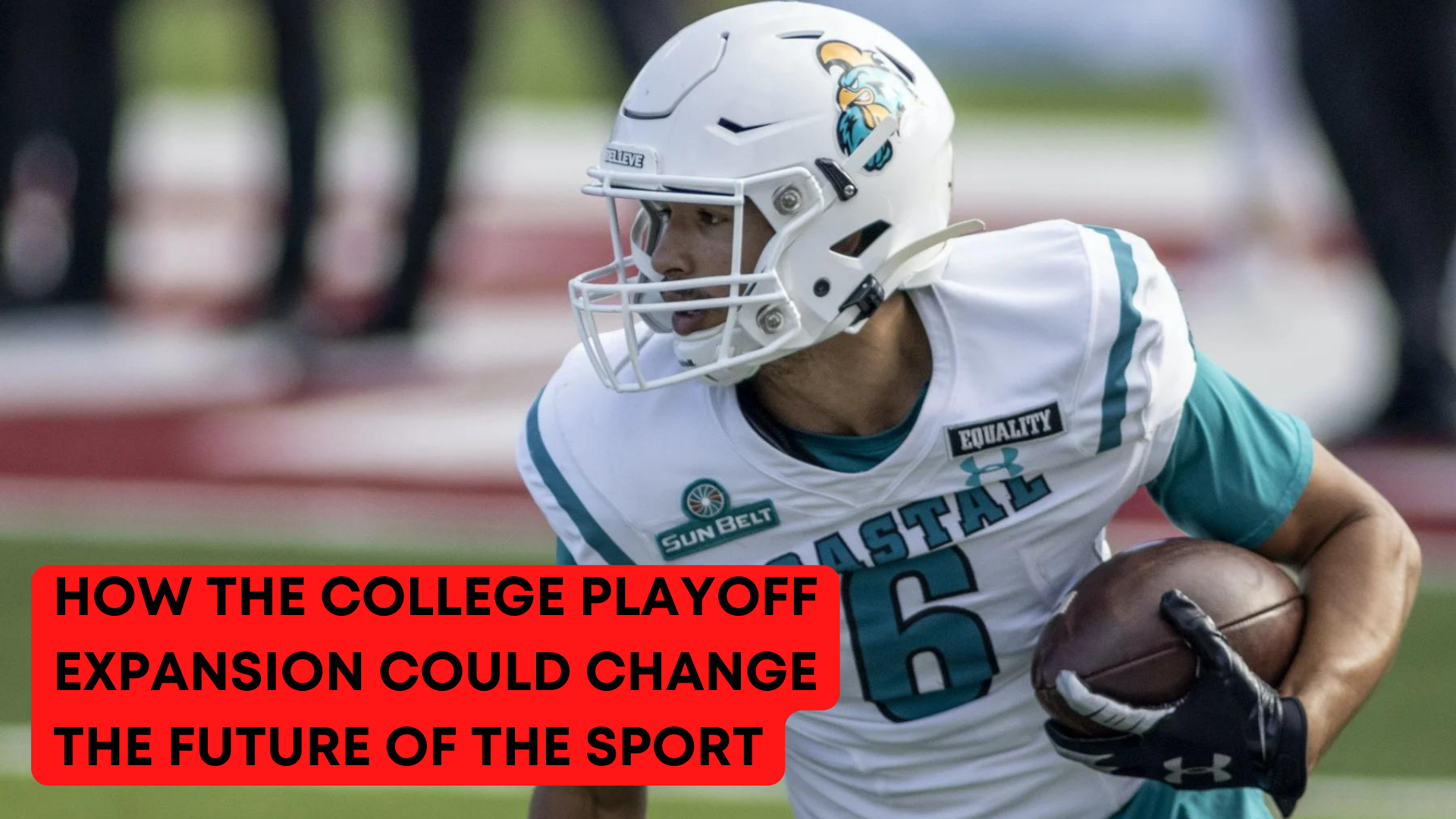 Now that the expansion is in place, many people are wondering how the college playoff expansion will affect realignment, job security, and the sport's future.

The College Football Playoff CEOs took command, as they should. Because they hadn't done so until now.

The game's presidents and chancellors were dissatisfied with their own conference commissioners in this case because they had allowed the expansion process to devolve into petty, territorial infighting.

There was plenty of money but not enough opportunities in the CFP. Many people discussed how football was becoming more localized in the country.

The SEC has captured 12 of the last 16 national titles. It drew the Big 12's top two teams (Texas and Oklahoma) into what became a movement about movement. The Big Ten quickly followed, acquiring USC and UCLA from the Pac-12.

How The College Playoff Expansion Impacts the Sport

CFP Board APPROVES 12-team Playoff EXPANSION, Could Start As Soon As 2024 I CBS Sports HQ

A plan to expand the College Football Playoff to 12 teams was finally approved on Friday, September 2, 2022, after 1412 months of wrangling over details and questioning motivations, setting the stage for a multibillion-dollar tournament in 2024.

What remains to be seen is how quickly the current four-team model can be converted and implemented, but it will happen by 2026. When that happens, the size of the major college football championship bracket will triple.

"This was a very historic day for college football," said Mississippi State president Mark Keenum, chairman of the CFP's Board of Managers, referring to the process that began in June 2021 with an ambitious plan but was derailed for months by provincialism and mistrust.

The original 12-team proposal was approved by the board of 11 university leaders in a unanimous vote, which was required to pursue early expansion. It calls for the six highest-ranked conference champions and six at-large picks to make the playoff, as determined by a CFP selection committee that will remain largely unchanged.

The top four conference champions will be seeded one through four and will each receive a first-round bye. Teams ranked five through twelve will face off in the first round on the second or third weekend of December.

The quarterfinals and semifinals will be played in bowl games on a rotating basis, and the championship game, like the current 4-team format, will be played at a neutral site.

“This is an exciting day for the future of college football, “As originally proposed, the 12-team playoff creates more access for teams and conferences across the country to compete in college football’s championship event. There is work to be done to make this format a reality, but I am pleased we are all moving in the same direction with a common purpose.”

Starting in 2026, a 12-team, 11-game postseason system to crown a champion could be worth up to $2 billion in media rights to the conferences that play major college football.

The Reason For Expansion

Never before in the game's history have the best brands and programs been concentrated in such a small space. The SEC and Big Ten not only controlled the money, viewers, and talent, but they also controlled the game.

That wasn't good in the end. Finally, the presidents decided that none of it was sufficient. The 11 CFP presidents acted decisively Friday, voting unanimously to expand the four-team bracket to 12 teams beginning at the latest in 2026.

Mississippi State President Mark Keenum, chairman of the CFP Board of Managers, stated:

"What motivated the presidents, me as well, is that we need to have an opportunity for more participation for our nation's national championship tournament," "Having only four teams, we felt like that's not fair to our student-athletes."

It was also unjust to the fans for the commissioners to prolong the process. Since 2020, four of the five Power Five commissioner positions have had new names. Three of them, the ACC's Jim Phillips, the Pac-12's George Kliavkoff, and the Big Ten's Kevin Warren, staked their claim by voting against expansion in January, citing concerns about the SEC's growing influence.

Then Warren put his Big Ten on its own high-priced island with a massive TV deal, further lagging everyone else. With the "alliance" dissolved after the Big Ten went after two Pac-12 powers, changing those remaining no votes became simple when the big boys threatened to keep the field at four became easy.

The NCAA Tournament's strength is its national appeal. With 68 spots and automatic qualifiers contested into the final week of the regular season, the tournament spans the country and includes Cinderella teams capable of making deep runs. The CFP required a national push.

The presidents decided that the game could not withstand the riches (concentrated in two conferences), realignment, and relegation of the rest of college football in the country. The West Coast was left out (largely due to the Pac-12's own fault).

Half of the sport (Group of Five) was treated as an afterthought. There had been enough covert knee cappings and peer-on-peer commissioner crime.

FBS postseason games will be played on college campuses for the first time. The once-threatened Rose Bowl appears to be a good fit in the 12-team field.

God bless former Big 12 commissioner Bob Bowlsby, who predicted many years ago that with 12 teams, there would still be 30-35 teams competing for playoff berths at the start of each November, rather than one-third or less.

"It strengthens the value of the whole regular season," "I have complete confidence in our commissioners to work together. I believe they needed some direction from the board. Now they have it."

Here's how expanding the CFP field to 12 teams alters the future of the sport. 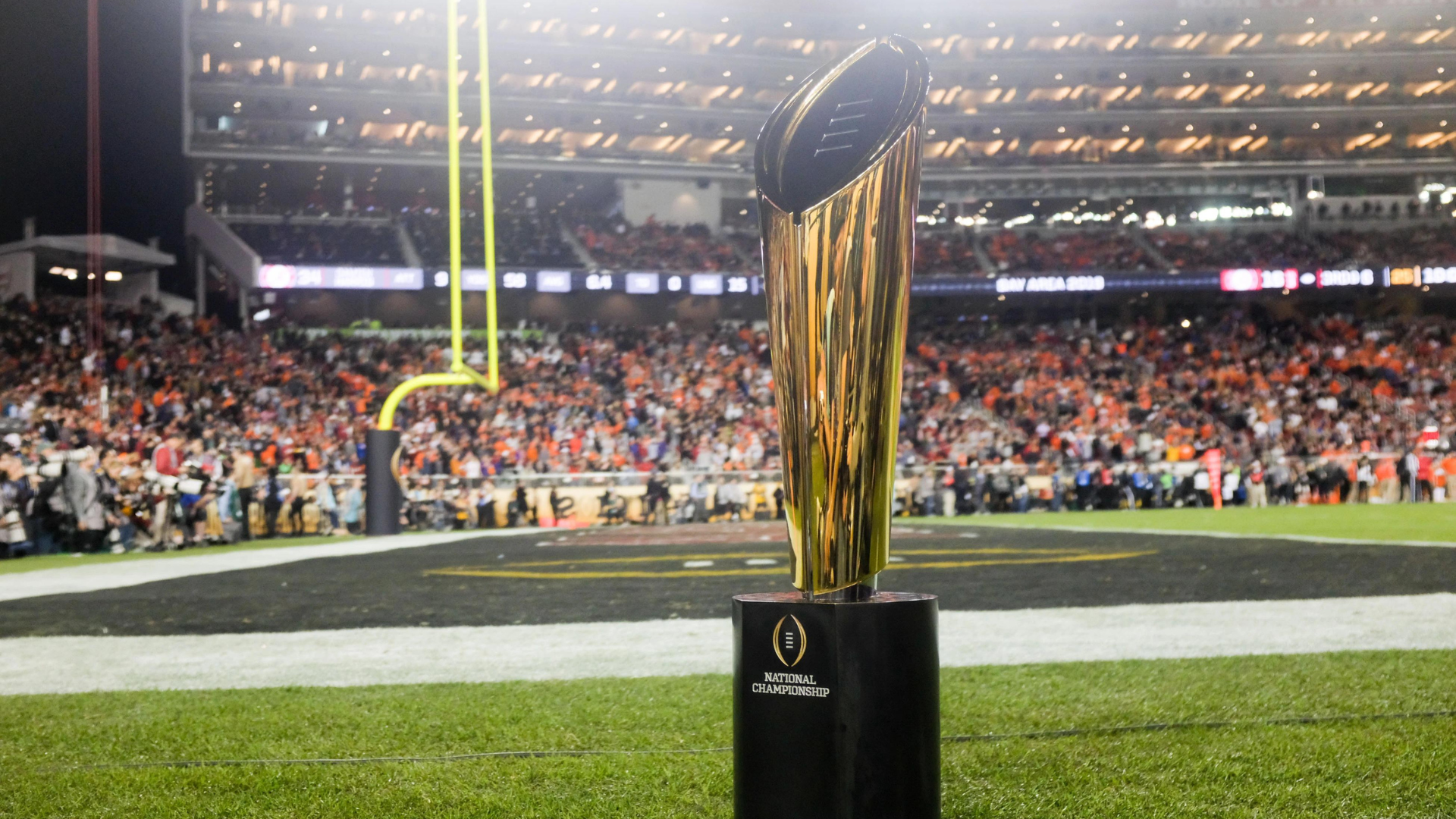 According to multiple sources, this is the next most important task for conference commissioners and university presidents to tackle. It must be determined what constitutes fair compensation for conferences, a task that has been ongoing since the CFP began in 2014.

In other words, whatever weight the SEC and Big Ten throw around the room will be a huge factor. These conferences are increasingly exchanging money for access. They will be paid, but the remaining eight conferences will have a better chance of making the playoffs. That will be the first time.

This increased access protects the feds from collusion or antitrust allegations from smaller conferences. Those in the lower leagues now have more access than ever before. That alone silences any talk of a monopoly.

"The playoffs are crucial," Aresco said. "If you have access to that, I believe you will remain relevant. Your donors will be concerned. Your fans will notice. Schools will invest because they have a chance to compete, and that will be the key to everything."

That percentage was basically agreed upon when the CFP was formed as a number that would keep the Group of Five from suing. With access increasing from four to twelve, the likelihood of legal action increases.

Going forward, here is one educated guess on the future distribution assuming a doubling of the CFP's annual revenue from $600 million (four teams) to $1.2 billion per year (12):

Only Minnesota in 1960 and LSU in 2007 have won national championships with two losses. That's all. In the game's history.

In the future, there will be two-loss, even three-loss teams in the playoff field. At that point, it may become a matter of who is hot at the end of the season rather than who is the best all year.

If the CFP Rankings from last year were used to seed a bracket, seven of the 12 teams would have made the playoffs with at least two losses, including Big 12 champion Baylor (11-2) in the top four! As Pac-12 champion, Utah (10-3) would have qualified.

Still, if you think two-loss teams from the SEC and Big Ten will get priority consideration, you're way ahead of the game.

That is yet to be determined. Realignment certainly motivated the president for the sake of the game. This change comes as Big Ten commissioner Kevin Warren continues to press his university presidents to accept four more Pac-12 teams.

Brett Yormark, commissioner of the Big 12, has declared his conference "open for business." ESPN and Fox are interested in the future of the Big 12 and Pac-12.

In the end, conference success will be determined by how many teams a league can have in the 12. Simply put, the more high-quality teams a league has overall, the better.

When you combine that philosophy with realignment, the Big 12 and Pac-12 expanding their membership makes perfect sense.

Coaches will be better protected in some ways. Mid-major basketball coaches have been able to keep their jobs for 20 years by being able to hang five banners commemorating just making the NCAA Tournament.

Those participation trophies are now considered in college football. A Sun Belt team that makes it will be able to support that coach, and conference for many years.

The same thing happens if an AAC team makes a run. Even Power Five coaches could be given more leeway. If a 12-team playoff had existed from the start, Florida would have made the field three years in a row from 2018 to 20.

In some outposts, a banner reading "College Football Playoff participant" will be gold. The plan was to make America's Game available to everyone. The presidents took command. It just took some time.

After years of debate over the best model for the College Football Playoff, including sticking with four teams, the CFP board announced on September 2, 2022, that there is agreement on expansion. The model was unanimously approved.

Many people are concerned about how the college playoff expansion might affect the sport's future. The CFP stated that the Playoff would be expanded in 2026, but the management committee has been tasked with possibly expanding earlier, in either the 2024 or 2025 seasons.