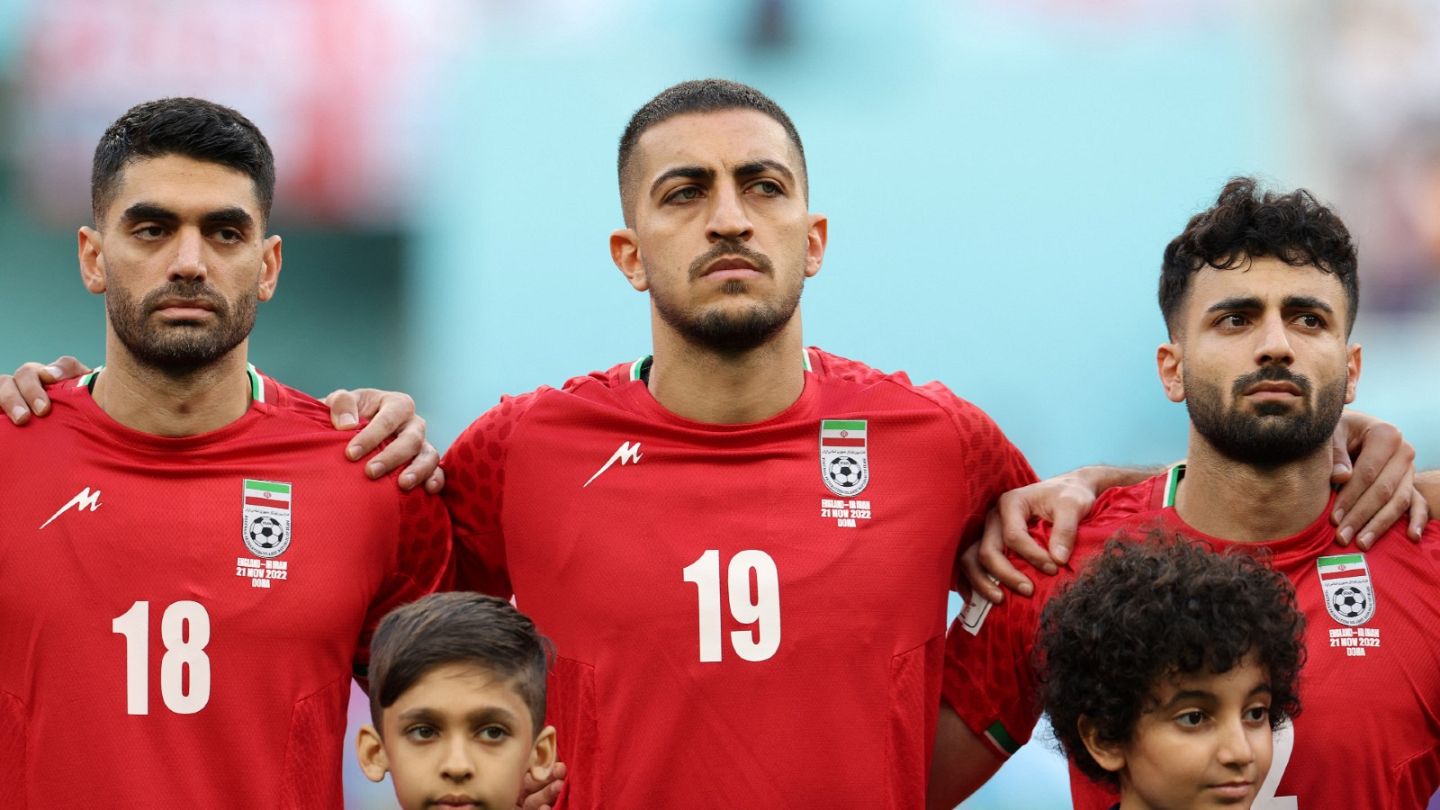 At the World Cup in 2022, Iran players refuse to sing the national anthem. In what appears to be a show of solidarity with antigovernment demonstrations taking place in their home country, they chose not to sing their national anthem prior to their World Cup match against England.

During the playing of the national anthem, a number of spectators jeered and shouted, while others held up signs that read "Woman, Life, Freedom."

The Iranian state television station abruptly cut its coverage of the national anthem and switched to a wide shot of the stadium that had been shown previously.

In recent months, violent repression has been used in response to large-scale protests.

They were sparked by the death in custody in September of Mahsa Amini, a 22-year-old woman who had been detained by morality police for allegedly breaking the strict rules around head coverings. Her death occurred while she was being held in custody.

In a crackdown on demonstrators by Iran's security forces, human rights activists have reported that more than 400 protesters have been killed and 16,800 others have been arrested.

The leaders of Iran have referred to the demonstrations as "riots," claiming that they are being directed by Iran's adversaries from abroad.

During the first half, Iranian supporters were heard chanting "Ali Karimi," a reference to the former footballer who is one of the most vocal critics of the Islamic Republic and one of the most well-known faces of the protest movement.

Be-Sharaf, which literally translates to "dishonorable" in Persian, could also be heard being chanted by the fans. Protesters in Iran have been known to use this adverb when referring to the country's security forces.

Many people who are opposed to the Islamic Republic have voiced their disapproval toward the football team for meeting with President Ebrahim Raisi the week before and for not publicly supporting the protests.

Before the game, Iran's captain Ehsan Hajsafi said the players wanted to show their "support" for the people who had passed away.

Carlos Queiroz, the manager of the Chilean national football team, has told his players that they are "free to protest" about women's rights in their home country as long as their actions "conform with the regulations of the World Cup and are in the spirit of the game."

After his team was defeated on Monday in Group B by a score of 6-2, Queiroz stated that the political unrest back home had been a factor in the loss.

To those who come to disturb the team with the issues that are not only about the football opinions, they're not welcome because our boys, they're just simple football boys. Let the kids play the game. Because this is what they're looking for. They wanted to represent the country, to represent the people, as any other national team that are here. And all the national teams, there are issues at home.

It is not right to come to this World Cup and ask them to do things that are not their responsibility. They want to bring pride and joy for the people. You don't even imagine behind the scenes what these kids have been living in the last few days, just because they want to express themselves as footballers.

Gary Lineker, the host of BBC Match of the Day, commented on the incident during the break between halves as follows:

It was a powerful and very, very significant gesture. Football is trying to use its power for good.

It was impossible to avoid the symbolic gestures that were taking place throughout the game. At the moment that the national anthem was being played throughout the entire Khalifa International Stadium, none of Iran's players participated in singing it.

Cheers for the Iranian team were constant and loud. "Iran. Iran," a drum beat sounded, adorned with the colors, name, and map of the country painted on it.

Women with their hair completely exposed were wrapped in the Iranian flag and screamed whenever their team got close to the net. It was a fun football game, but it was so much more.

In the midst of a sea of Iranian and English flags, a woman stood with a small poster reading "Woman, Life, Freedom" in support of protesters in her home country. She didn't want to show her face or reveal her identity, but she did want her message to be heard.