Jake Paul Next Fight, Boxing Record And Net Worth For 2022 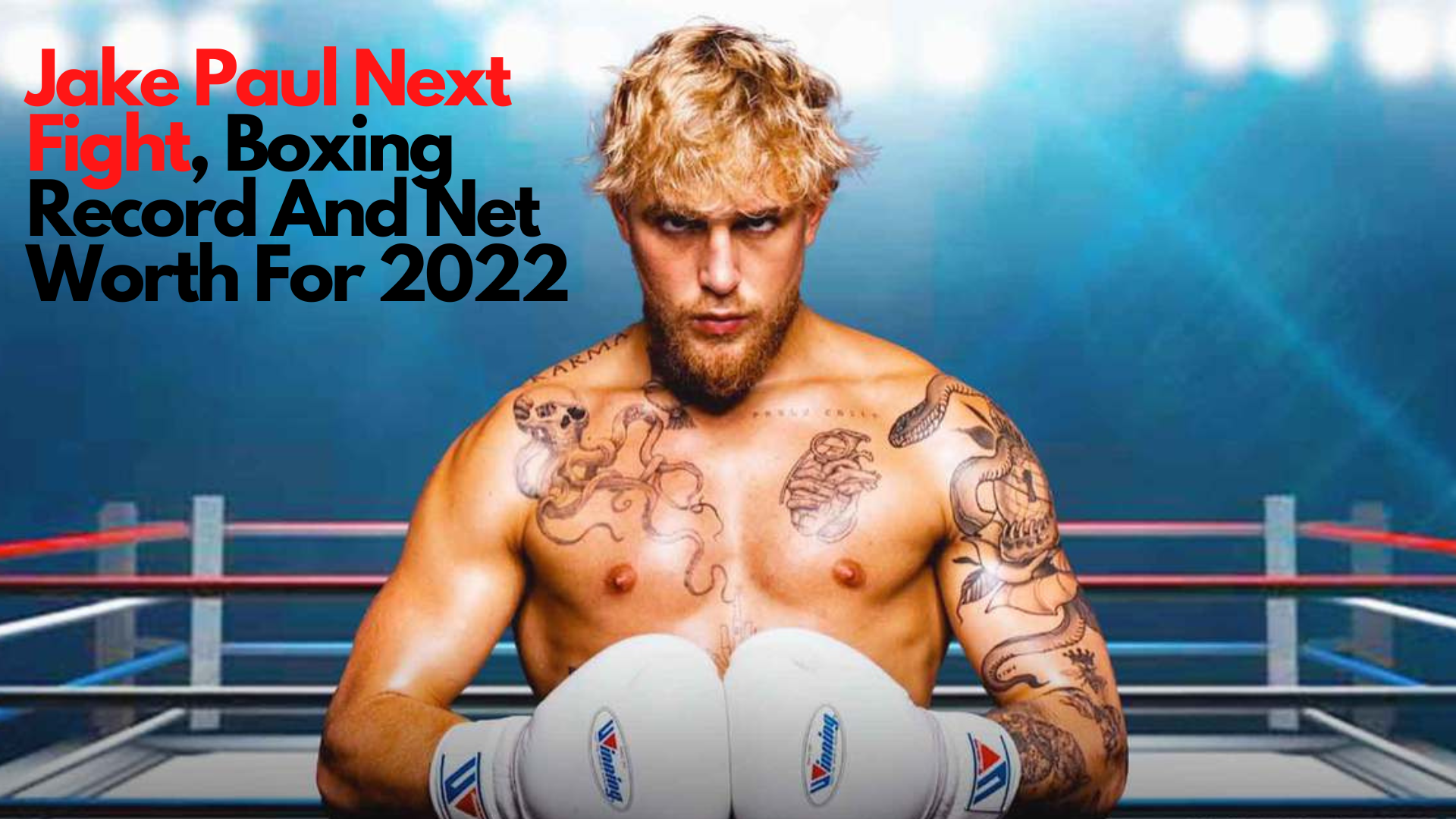 Jake Paul is currently one of the most popular boxers in the world. He is known as "The Problem Child" and fights in the Cruiserweight division.

He has four consecutive knockouts in his professional boxing career and is undefeated that is why a lot of people are excited about Jake Paul next fight.

Jake Paul has spent a significant portion of his life as an internet celebrity and a boxer who has captivated a large audience with his journey to becoming one of the most-talked-about fighters in sports.

Paul has made no secret of his desire to one day become a world champion.

If you want to learn more about this amazing fighter, read on through this article as we discuss Jake Paul next fight, his boxing career, and his net worth.

So far in his professional career, Jake Paul has five wins, no losses, and no draws.

He is undefeated in his boxing career and has delivered some impressive knockouts in his brief career.

In 2018, he made his amateur boxing debut against Deji Olatunji on the undercard of KSI vs. Logan Paul.

When Deji's corner threw in the towel in the fifth round, Paul won the back-and-forth fight. Paul turned professional after his amateur victory and made his debut against AnEsonGib on December 21, 2019.

Paul outclassed Gib and TKO'd him in the first round.

On November 28, 2020, Paul fought his second professional fight against former American basketball player Nate Robinson. Paul took the fight by TKO in the second round.

Paul will face Ben Askren in March 2021. Paul knocked Askren out and won the fight via controversial early stoppage.

Paul fought Tyron Woodley later that year. Paul was nearly knocked out during the fight but was saved by the ropes. Paul won by split decision, extending his boxing record to 4-0.

Jake Paul's next fight is set to take place in August 2022 against Tommy Fury.

Jake Paul is getting back into the ring.

Early in June 2022, Matchroom Boxing boss Eddie Hearn made headlines when he announced that Paul would face Tommy Fury, the half-brother of heavyweight champion Tyson Fury, on Aug. 13, 2022.

The two were supposed to fight months ago, but Fury was forced to withdraw due to an injury.

Tyron Woodley then jumped at the chance to face 'The Problem Child' once more. This time, it didn't make it to the scorer's table because Paul slept Woodley in the sixth round and turned him into a meme. Paul was also ahead on all of the scorecards going into that round.

For the upcoming Paul vs Fury fight, these both fighters appear to be on the same level this far into their respective careers. Tommy Fury is by far one of Jake Paul's most ideal opponents. Both men are high-profile internet stars with millions of followers, and they both have a boxing background.

This will be Paul's first encounter with a "true boxer," and Fury will have the opportunity to show the world that he, too, is a true boxer, albeit a better one than Paul.

Many fight fans have reservations about each fighter's skill set, questioning whether they have what it takes to call themselves true boxers.

The venue and location for the Jake vs. Tommy fight have yet to be announced, and tickets for the fight are not yet available. Fans will have to wait and see, I guess.

Jake Paul's Net Worth is expected to be in the millions of dollars by 2022.

Jake Paul's fortune and net worth are derived from his YouTube channel, sponsorship deals, being a social media entrepreneur, his private marketing company "Team 10," and his boxing career, which places him among the top five highest earners in boxing.

Moreover, Paul launched team10 on January 17, 2017, with $1 million in funding to create a creative influencer marketing department and agency focused on teen entertainment.

Jake Paul spends his enormous fortune on real estate and fast cars, as he owns the Performante for 2018, which cost him approximately $ 350,000. He's been seen in a variety of high-end vehicles, including Ford GTs, Brabus 6x6s, BMW M2s, and Audi R8s.

Such a successful online career has enabled our YouTube star to amass a large net worth in the millions of US dollars, despite the fact that he is still in his twenties.

Jake Paul has already amassed a fortune, with a net worth of $35 million and an annual income of $20 million as of 2022.

Here are some surprising facts about Jake Paul that not all boxing fans are aware of.

Who Is Fighting Jake Paul Next?

Jake Paul isn't going up against Canelo Alvarez, Mike Tyson, or Oscar De La Hoya. Paul is looking for sanctioned fights that will help him improve his record and establish himself as a legitimate boxer. None of Paul's three opponents are in the same weight class as him.

Who Is Jake Paul's GF?

Jake Paul has revealed that he is still in a relationship with his long-term girlfriend Julia Rose. The couple was thought to have broken up after reports surfaced last month that Paul was seeing other women.

What is Jake Paul's new wife's name? Lately, the YouTuber turned boxer has not been married. He is, however, in a relationship with Julia Rose. The couple is undoubtedly one of the most popular boxing and YouTube couples.

Now that we've covered Jake Paul's career, fights, and net worth. It just goes to show how talented this boxer is.

Jake Paul next fight is, indeed, one of the most anticipated events in sports. Paul has had similar or more boxing-specific training than his opponents in every fight, which is a significant advantage in combat sports.

However, in Fury, he will face someone who has been at the craft for a longer period of time, has more professional fights, and has gained more experience against other boxers. This prestigious event will not be missed by any boxing fan.