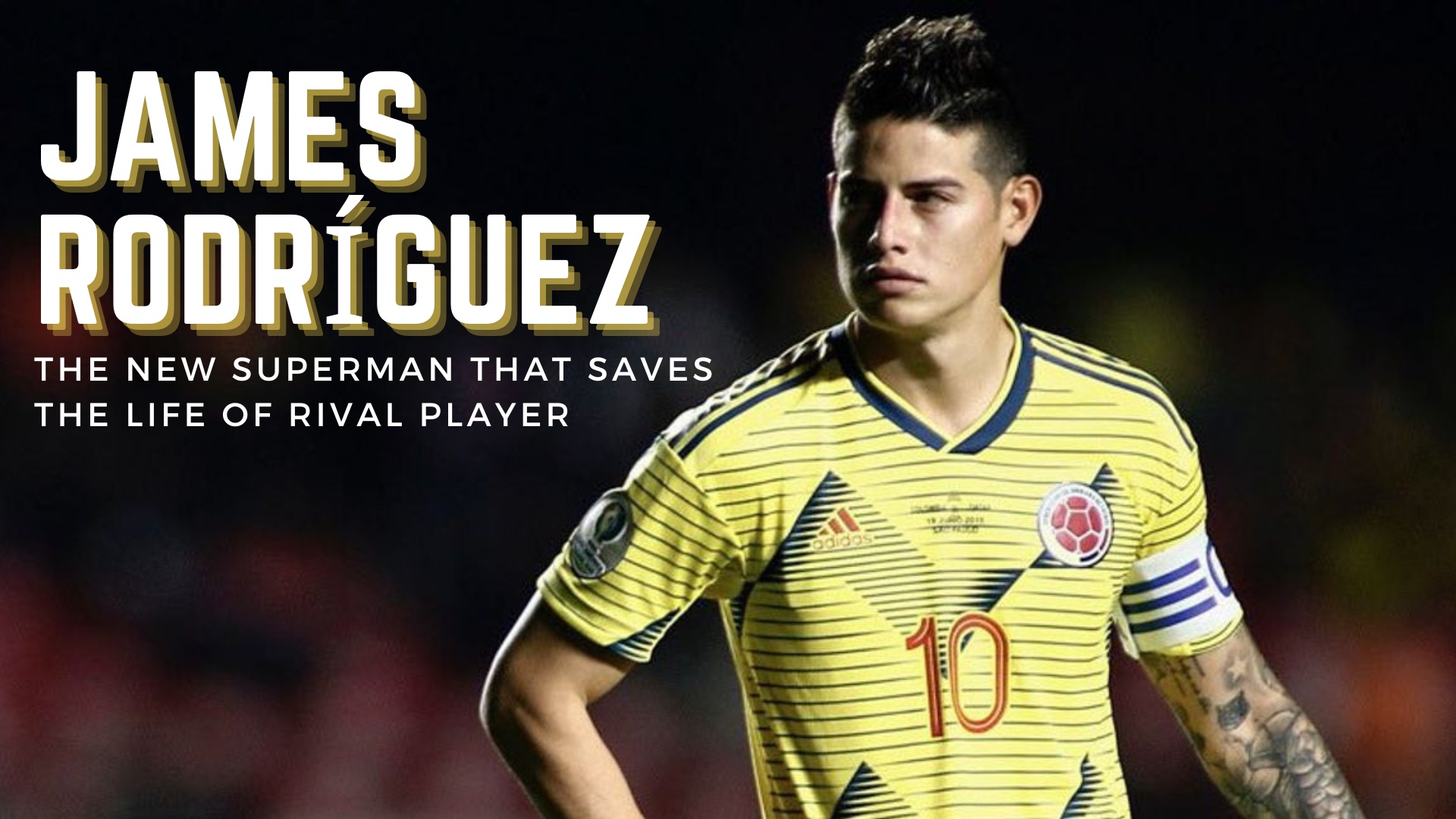 James Rodriguez has had a spectacular rise from playing in a youth tournament in Medellin to becoming a major transfer coup in Munich via Monaco and Madrid.

Colombian offensive midfielder and winger who won the Golden Boot Award for his six World Cup goals in 2014.

Aside from his amazing football skills, he was considered the "New Superman" in football when he was able to save the life of the rival player, Ousmane Coulibaly.

In this article, we will cover everything you need to know about James Rodriguez which includes his biography, career history, controversies, and net worth.

The Personal Life Of James Rodríguez

His godfather, Juan Carlos Restrepo, raised him in the sport.

James Rodriguez trained at the Envigado, where he also began his professional career.

Rodriguez began training at a young age to become one of the most sought-after soccer players in the world.

"From my childhood the thing I remember best is that I always wanted a ball, I was always thinking about playing football. It always was football," said James Rodriguez.

When James was a small child, his parents divorced, and he moved to Ibague with his mother, Pilar.

Pilar began her role as his mentor, guiding him through his career and enrolling James in his first football club.

Little James struggled with stuttering throughout his childhood.

His parents assisted him in finding a speech therapist.

He was so shy as a result of his problem that some of his friends have yet to hear him speak as his childhood problem continues to bother him.

Because of his lack of confidence, James Rodriguez struggles in interviews.

James' first pair of boots were also a gift from his stepfather.

Once he said: “I’d always liked football, but it was my stepdad who took me to the academy in Tolima when I was five – that’s how I started,” said James Rodriguez.

James married at the tender age of 18 years.

He married Daniela Ospina in 2010, just a few months after joining FC Proto.

Although there are no clear reports on how they met, it is believed that it was her brother and his fellow national teammate who introduced them.

In 2008, David Ospina introduced them to each other.

They were your typical friends who fell in love.

When he reached 18 age, he proposed to Daniela, who accepted with open arms.

They had a private ceremony to seal their union after a year of engagement.

James Rodriguez is a Colombian attacking midfielder who plays for Everton.

He has played for some of the world's most prestigious soccer clubs, including Real Madrid and Bayern Munich.

Rodriguez is a versatile player who can fill in behind the offensive line.

He is regarded as one of the most creative players in the world, capable of scoring goals both inside and outside the box.

Rodriguez's professional career began in 2006, at the age of 15, with the Colombian second division club Envigado. He was promoted to the first division the following year.

James Rodriguez's abilities and goals impressed both the organization and his fans. In fact, he was the team's youngest foreign player ever.

James Rodriguez signed a 5.1 million Euro contract with the Porto sports club in Portugal in 2010.

It was one of the most expensive transfers in football history, costing 45 million Euros, especially for the Portuguese team.

Despite only being with Monaco for a year, James Rodriguez appeared in 34 games and scored 11 goals.

With a reported fee of 80 million Euros for the six-year contract, he became Colombia's most expensive player and the fourth-most valuable player in history.

James Rodriguez claims that playing for the organization was his dream.

James Rodriguez has also played for his native Colombia on the national soccer team.

He was a member of the U17 team in 2007 and the U20 team in 2011. While on the U20 team, he competed in three youth tournaments, including the Toulon Tournament.

Since 2011, he has made at least 54 appearances with at least 19 goals for the national team, and as captain, the team advanced to the World Cup quarterfinals in 2014.

This is the country's farthest position in the tournament.

James Rodríguez As The New Superman

In the last few hours of the game, James Rodriguez's football team, Al Rayyan in Qatar, had a remarkable match in which he scored a goal.

The game was canceled due to a player having seizures and a heart attack on the field.

Not only did James score two goals against Al Wakrah, but he also assisted Coulibaly.

Ousmane Coulibaly, an Al Wakrah player, fainted during a league match against To the-Rayyan, which was later confirmed as a heart attack suffered in public.

Shabaan, an Al Wakrah physician, observed that James' prompt intervention allowed the player to breathe freely, according to the English and Spanish versions of the Al-Rayyan story.

Mukhtar Shabaan, Al Wakrah's team doctor, acknowledged as he approached his opponent, who was lying on the grass, that it was James Rodrguez who had the best understanding of the situation.

Players are frequently taught how to react to such occurrences at their clubs, and it is clear that James took it seriously, doing the right thing in a time of crisis and fear.

This enormous fortune has resulted from his football career.

He earned more than £8 million during his first season with Bayern Munich.

His abilities have led to him becoming a brand ambassador for a variety of products, including Libertex, HUAWEI Colombia, and many others.

This has helped him increase his net worth.

Rodriguez has established himself as one of the world's best football players.

He has led clubs such as Real Madrid to two FIFA Club World Cup victories. It is also the same year that Real Madrid won the UEFA Super Cup.

Forbes reported in 2015 that his annual income totals $29 million, resulting in a net worth of $30 million.

How Much Is James Rodríguez's Salary?

According to Semana, James Rodriguez has established himself as one of the world's highest-paid players since leaving Everton.

Why Did Everton Sell James Rodríguez?

Everton manager Rafael Benitez says he let James Rodriguez leave because of his injury record and to free up funds for new signings.

What Happened To James From The Colombia Soccer Team?

James, regarded as one of Europe's best players, is now playing for Al-Rayyan in Qatar.

After a season at Goodison Park, he joined them from Everton during the summer. James has 86 caps for Colombia and has scored 24 goals.

James Rodriguez is without a doubt one of the best footballers of his generation.

He can play in a variety of positions, including central midfielder, playmaker, and winger, but his preferred position is attacking midfielder behind the strikers.

James is well-known for his technical abilities, vision, speed, and ability to create opportunities.

One of the things that distinguishes James from other players is that, in addition to being very good outside the area, he is also very good inside.

He is, indeed, the new football generation's superman.