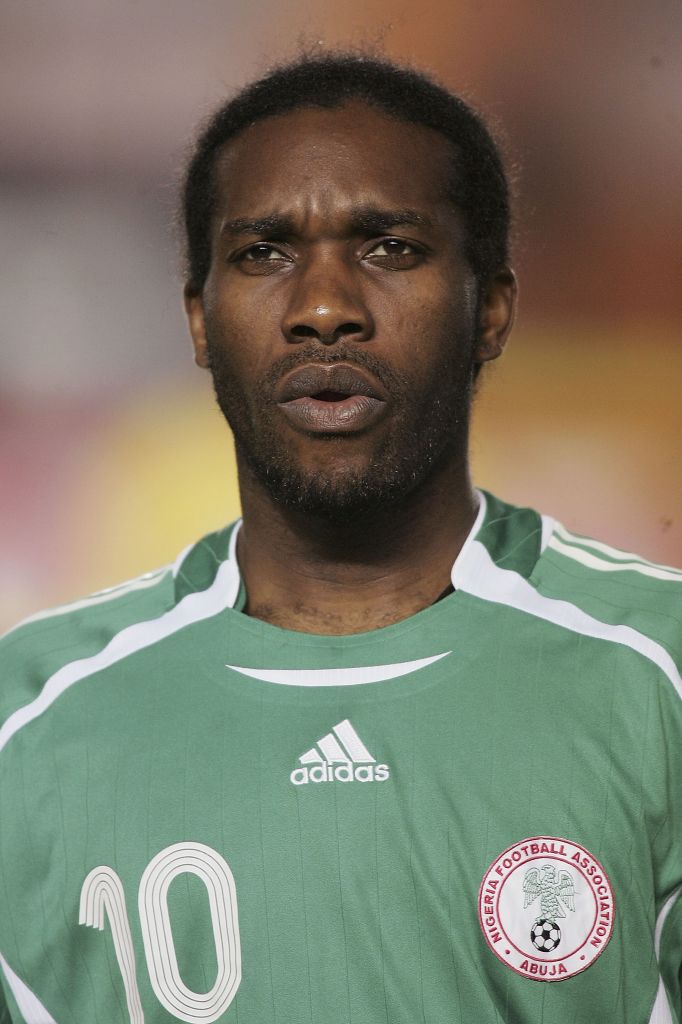 Augustine Azuka Okocha, often known as Jay-Jay Okocha, is a retired Nigerian professional footballer who played as an attacking midfielder.

Between 1993 and 2006, he appeared 73 times for the Nigeria national team, scoring 14 times and being a member of three FIFA World Cup squads.

He is recognized as one of Africa's finest football players. He began his career with Enugu Rangers in the Nigerian Professional Football League before going to Borussia Neunkirchen in Germany's third level, Oberliga Südwest, in July 1990.

His parents were residents of the Iwo local government in Osun State, Nigeria.

His elder brother James, who began playing football first, gave him the name Jay-Jay; his immediate elder brother, Emmanuel, was also nicknamed Emma Jay-Jay, but the name remained with Okocha instead.

Like many other football stars, he began playing football on the streets, generally with an improvised ball.

He stated in an interview with BBC Sport, "As far as I recall, we used to play with any round item we could find, and if we could get our hands on a ball, that was a plus! It was incredible!" He joined Enugu Rangers in 1990.

During his stint at the club, he put up a number of remarkable performances, including one in which he rounded off and scored against seasoned Nigerian goalkeeper Willy Okpara in a match against BCC Lions.

Later that year, he took a vacation to West Germany, which had recently won the FIFA World Cup in 1990, to see German Bundesliga football. Binebi Numa, a friend of his, was playing in the Third Division for Borussia Neunkirchen, and Okocha followed Numa to training one morning when he requested to join in.

Okocha's talents pleased the Neunkirchen coach, who asked him back the next day before offering him a contract.

A year later, he joined 1. FC Saarbrücken, but only remained for a few months before joining Eintracht Frankfurt in the 1. Bundesliga.

Okocha, a fast, talented, and clever playmaker, mainly played as an attacking midfielder and is widely regarded by certain foreign analysts as the finest Nigerian footballer of all time, as well as one of the best African players of all time.

Fenerbahçe supporters remember him as one of the club's and country's legends. Okocha was recognized for his ball control and trickery, technique, inventiveness, flare, close control, and dribbling ability, as well as his turn of pace and use of feints, particularly the stepover and his signature spins.

He was regarded as "so good that they named him twice" because of his skill and nickname (a line immortalized in a terrace chant while Okocha played for Bolton Wanderers).

Despite his talent, he was also notorious for his inconsistency. 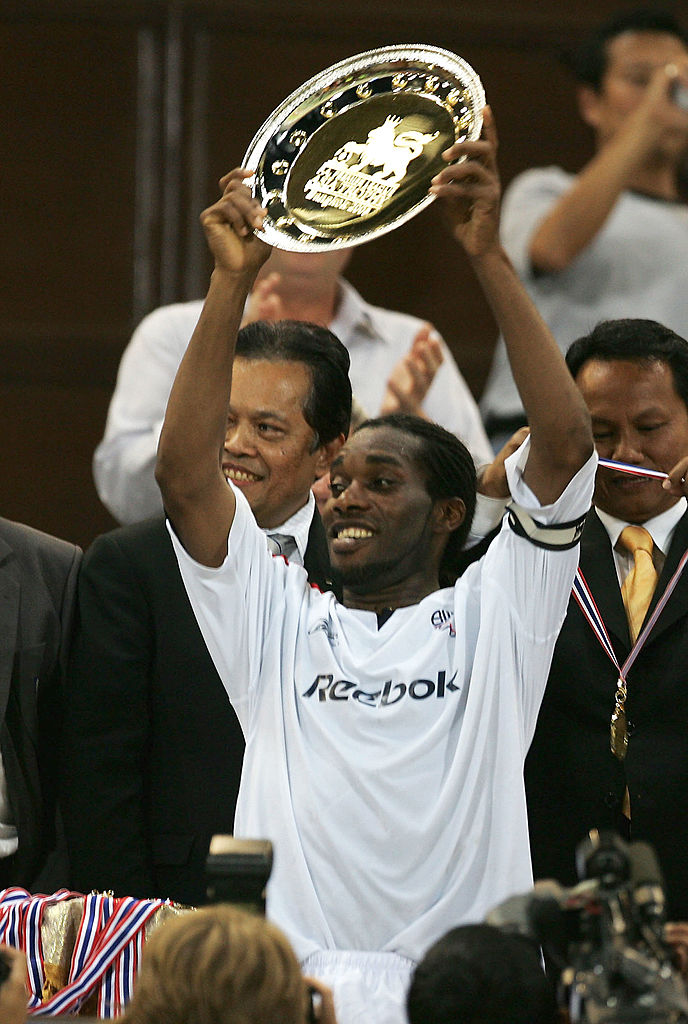 He and the teams for which he played earned several awards. Because of his football skill, his name went far and wide. Here are some of Jay-Jay Okocha's awards:

Did Ronaldinho Learn From Okocha?

Okocha has now verified the allegation, claiming that Ronaldinho learned from him while they were both at PSG.

In the 2001/2002 season, Okocha and Ronaldinho were teammates for the French champions.

The Brazilian great joined from Gremio as an intriguing youth, whereas Okocha was already a well-established player at the club.

Despite the fact that they only played for one season before Okocha went to Bolton in 2002, the Barcelona icon was able to pick up some abilities from the ex-Nigerian international.

“Ronaldinho tried to imitate some of my skills and dribbles, he was still a young player before I left for England, and he joined Barcelona”.

Why Did Jay-Jay Okocha Retire?

Austin 'Jay Jay' Okocha, ex-Super Eagles captain, claims one of the reasons he quit football was a lack of playing time.

After playing in Germany, Turkey, France, England, and Qatar, the midfielder chose to retire from the round leather game that had brought him fame and money in 2008.

“I must confess that [not getting a lot of playing time] was one of the main reasons why I retired from playing at a very young age”.

What Is The Net Worth Of Austin Jay-Jay Okocha?

The net worth of the former footballer is reported to be over $15 million.

He makes his money via playing soccer and founding businesses, one of which is the Jay-Jay Okocha Group West Africa Limited.

He also runs a charity dedicated to assisting others.

He is now retired and concentrating on his company.