Lee Kang-in - The Success Of The South Korean Football Prodigy 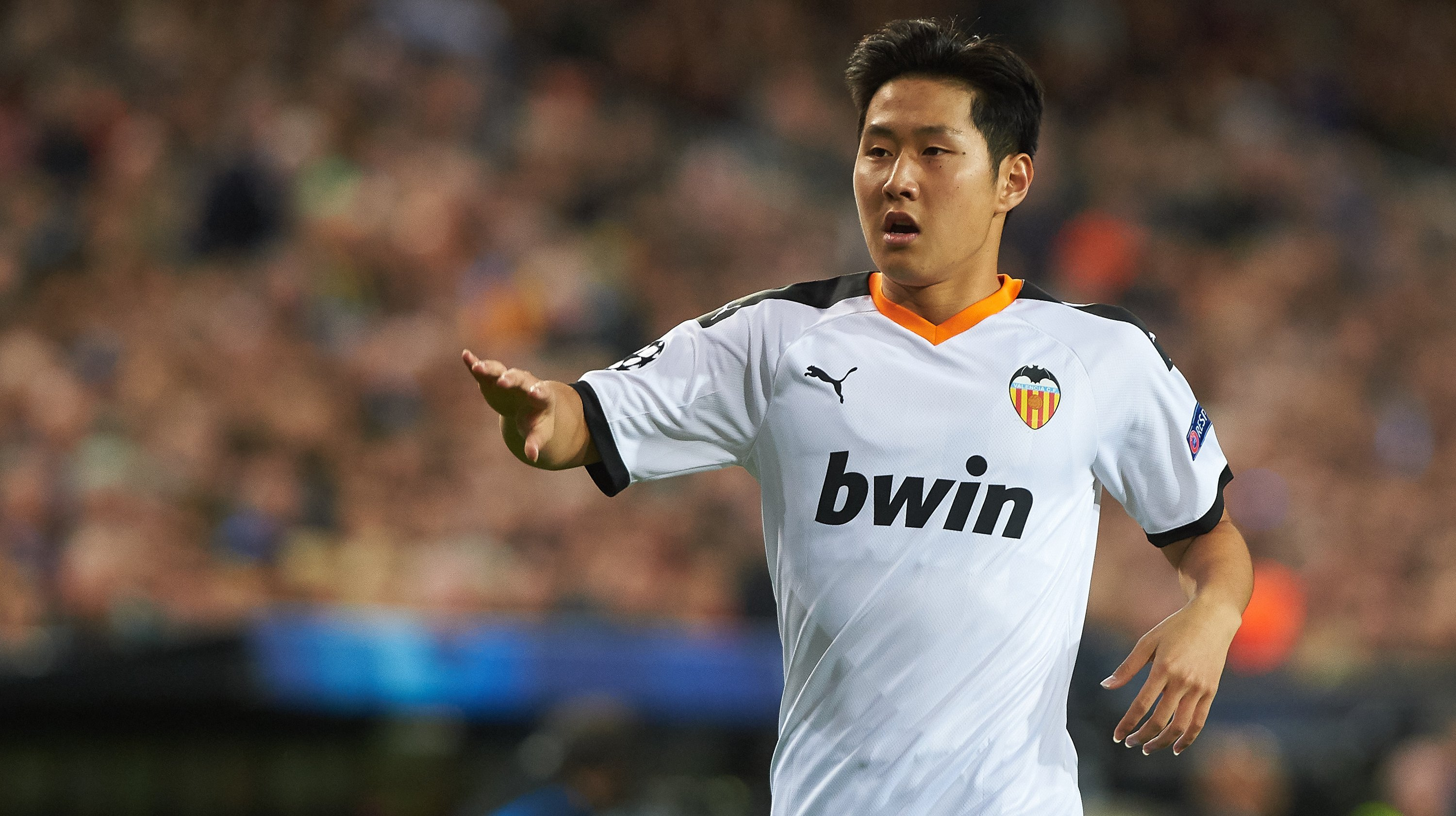 His upward trajectory has continued, as he joined Valencia's first squad in 2019 with an 80 million euro buyout clause after becoming the youngest Korean football player to compete in Spain's La Liga.

Who Is Lee Kang-in?

Lee Kang-in is the youngest of three children and was born on February 19, 2001, in Incheon. His father was a Taekwondo instructor in Incheon and was an avid football supporter (especially of the late Diego Maradona).

In the third season of the KBS N Sports football reality series Fly Shoot Dori in 2007, they featured the then six-year-old Lee.

Following his outstanding performance, he graduated from Yoo Sang-chul's Youth Academy and joined the Incheon United FC U-12 youth team in 2009.

Yoo Sang-chul, a legend in South Korea, stated at the time, "He absorbs knowledge like a sponge. He is the ace of the team with excellent speed, shooting and defensive technique."

Later, while playing for Flyings FC, Lee attended Incheon's Seokjeong Elementary School. On the advice of the coach of his young club, he traveled to Spain in January 2011 to participate in trials for the Villarreal CF and Valencia CF minor teams. 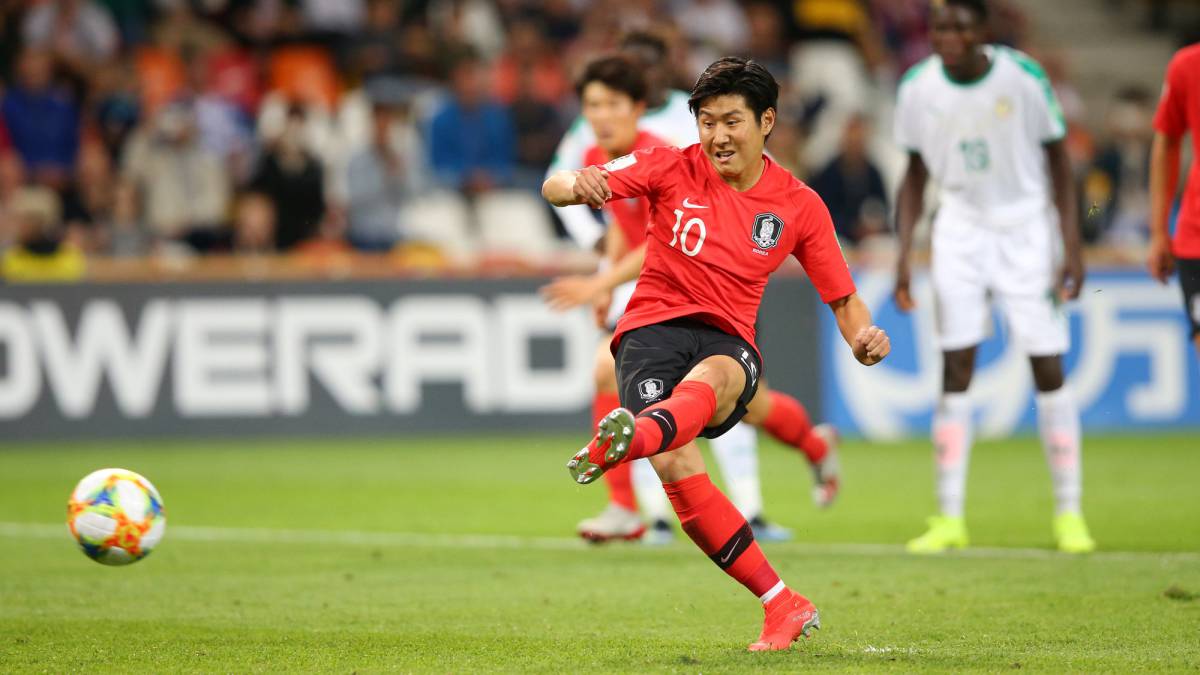 Lee Kang-in wearing a red jersey while playing for Mallorca

In July 2011, Kang-in Lee enrolled in Valencia's academy. On December 15th, 2017, Valencia B received his call-up (Mestalla). On December 21, 2017, he made his debut against Deportivo Aragón, coming on as a substitute in the 82nd minute.

On October 30, 2018, he started and played 83 minutes in a 2-1 Copa del Rey victory over Ebro, making history as the youngest Korean player to play professionally in Europe.

He also made history by being Valencia's youngest non-Spanish and first Asian league debutant, as well as the fifth Korean to play in La Liga.

Kang-in Lee officially joined Valencia's first team on January 30, 2019, and was given the number 16 jersey number.

At the age of 18 years and 6 months, Lee became the youngest ever Korean to make their UEFA Champions League debut on September 17, 2019, in a 1-0 victory over Chelsea, breaking the previous record of Jeong Woo-yeong.

Kang-in Lee came on as a late replacement for Rodrigo. Additionally, he made his Los Ches debut in the same competition as the fifth-youngest player ever.

At the age of 18 years and 219 days, he broke Mohamed Sissoko's record for the youngest non-Spaniard to score for Valencia on September 25, 2019, in a 3-3 draw with Getafe.

He is now the third-youngest player in La Liga history, only behind Juan Mena and Fernando Gómez. His record as Valencia's youngest non-Spanish goal scorer was surpassed the following season by Yunus Musah, an American teammate.

In a 4-2 victory over Levante on September 13, 2020, Lee broke Juan Mata's previous mark of 20 years and 150 days by becoming the youngest player to assist two goals in a La Liga game in the twenty-first century at the age of 19 years and 207 days.

He turned down many clubs offers to extend his contract throughout the year,[12] although he continued to play under Javi Gracia as the Che finished the season in the middle of the table.

Kang-in Lee's contract with Valencia was canceled on August 29, 2021, despite the fact that he had spent the entire preseason on the transfer list.

He participated in every group game and knockout round, helping his side to a historic runner-up finish while tallying two goals and four assists in seven games. He consequently won the Golden Ball trophy as the competition's top player.

In March 2019, Lee received his first call-up to the senior South Korean national football team for friendlies against Bolivia and Colombia, making him the 7th-youngest player in the team.

On September 5, 2019, Kang-in Lee started his first-ever international game against Georgia, which ended in a 2-2 tie.

Signs With Mallorca: After his contract with Valencia expired, Kang-in Lee signed a four-year deal on a free transfer with Mallorca.

Impact: Lee played in 24 games for Valencia last season, starting 15 of them. He could find a place right away at Mallorca, who have a respectable amount of depth in their team. In light of this, Lee is predicted to start as more of a bench option, with players like Salva and Dani Rodriguez already firmly entrenched in the starting lineup.

Scores In Loss: During Wednesday's 6-1 loss to Real Madrid, Lee scored a goal off of two shots (both on target), created five chances, sent in two crosses (one accurate), and committed five fouls.

Impact: Despite the overwhelming defeat his team suffered, Lee had a very productive game in his first start of the year. He made a terrific individual effort to get past several players before scoring his team's lone goal with a curling shot from outside the box. The young player also set game highs in opportunities created and fouls drawn, and he will be hoping that this will help him keep his spot in the starting lineup for Sunday's home game against Osasuna.

Sends In Nine Crosses In Win: In Saturday's 1-0 victory over Levante, Lee had three shots—two of which were on goal—nine incorrect crosses, two fouls, and three fouls overall.

Impact: Playing behind the striker, Kang-in Lee was a threat, leading his team in shots attempt, and is a significant threat on set pieces, which increased his crossing totals. The playmaker has started Mallorca's previous three games, and that is unlikely to change when they go to Real Sociedad on October 16.

Logs Three Crosses In Loss: In the 1-0 defeat to Real Sociedad on Saturday, Lee produced one opportunity out of three crosses.

Impact: Lee was not nearly as productive because he did not attempt a shot during this game, but he was still able to add value by taking three corners. Another challenging opponent will be his old team Valencia, who have only allowed eight goals in their first eight games.

Gets Assist And Red Card In Draw: In the 2-2 draw with Valencia on Saturday, Lee had one assist, two shots (one on goal), two chances, one cross (none precise), and one red card.

Impact: In the brief time he spent on the field on Saturday, Lee looked fantastic. The midfielder repeatedly avoided Valencia's defenders before eventually assisting on the game's opening goal. He did, however, make two careless and subpar tackles that led to his dismissal. He will undoubtedly miss at least one game, but he might miss more.

Takes Two Corners In 0-0 Draw: In the 0-0 draw against Getafe on Saturday, Lee had three shots (one on target), three opportunities, five crosses (two accurate), and two corners.

Impact: For Mallorca, Lee was once more the top performer on the field. The Getafe defense was completely destroyed by the midfield dynamo's running, passing, and pace. Lee is the only player who constantly contributes to the team. He has averaged 2.4 shots, 1.4 chances created, 2.6 crosses, and 1.4 corners per 90 minutes across his last five games in all competitions.

Assists Against Atleti: In the 2-1 victory over Atleti on Saturday, Lee contributed one assist on one opportunity created while directing three crosses into the box.

Impact: Lee did well to record his second season-high assist on Saturday's shocker. The midfielder has truly seized and claimed his starting XI position. Together with Takefusa Kubo, Lee has been inventive in the wings, giving Mallorca an unexpectedly potent attack for both hypothetical and practical reasons.

Creates One Chance In Draw: In Friday's scoreless tie with Celta Vigo, Lee made one opportunity out of six crosses (one accurate) and missed two shots.

Impact: With one assist from 14 total crosses over his last three games, Lee is capping out 2021 in fine fashion. He will have one more opportunity to make an impression on Sunday when he travels to Granada, where the weather will likely be better than it was on Friday.

Impact: Lee only spent a little period on the pitch, but it was enough for him to deliver the second-most crosses for his team. Three of the team's six corner kicks were also taken by the midfielder. He has made 16 appearances this season, starting 13 of them. On February 5, he will try to face Cadiz.

One Shot Off Bench Against Valencia: Lee only attempted one shot after coming off the bench in Saturday's 1-0 loss to Valencia.

Impact: Lee's influence on the contest was minimal. In the 70th minute, the 21-year-old entered the game as a substitute, and his only major contribution was a single shot that missed its intended target.

Five Touches Off Bench Against Getafe: After coming off the bench in Saturday's 1-0 loss to Getafe, Lee made five touches.

Impact: Lee didn't contribute much to the fight. The 21-year-old player was introduced as a replacement in the 85th minute, and his five touches were his most noteworthy contribution.

Scores Own Goal In Loss: The 3-0 setback against Elche on Saturday was caused by Lee, who had one chance created and scored an own goal.

Impact: Lee was added during a double halftime substitute, but he was unable to contribute anything remarkable on the offensive end. To make matters worse, in the 83rd minute, the young player made a really terrible play that resulted in a goal. Since the year 2022 began, Lee has primarily served as a backup, and that will likely be the case again for Tuesday's home game against Alaves.

One Shot Off Bench Against Vallecano: On Sunday, Lee had one shot in a 2-1 victory over Rayo Vallecano after coming off the bench.

Impact: Lee's influence on the contest was minimal. The 21-year-old entered the game as a replacement in the 83rd minute, and his one shot was particularly noteworthy. However, it missed its mark.

Bench Option For Much Of Season: In 2022, Lee only started three of the 20 La Liga games.

Impact: In 30 La Liga appearances (15 starts) throughout this season, Lee recorded a goal and two assists, but the majority of their contributions came in the first half, as he only made two starts after January 2. Whether playing on the wing or in attacking midfield, the 21-year-old will aim to perform better the following season.

How Old Is Kang-in Lee?

What Team Does Kang-in Lee Play For?

He is currently playing for Mallorca.

How Good Is Kang-in Lee?

Kangin Lee has a rating of 74. His position is CAM, and his potential is 82.

So, to summarize, Kang-in Lee participated in 24 Primera División games for Valencia in 2019 and produced four assists.

Lee left Valencia in August 2021. During his time there, he made 44 league appearances, scoring two goals and dishing out four assists.

At the age of 17 years and 327 days, on January 12, 2019, Lee made his competitive debut while he was a Valencia player against Real Valladolid. On September 11, 2021, during Mallorca's game against Athletic Club, he made his Primera División debut.