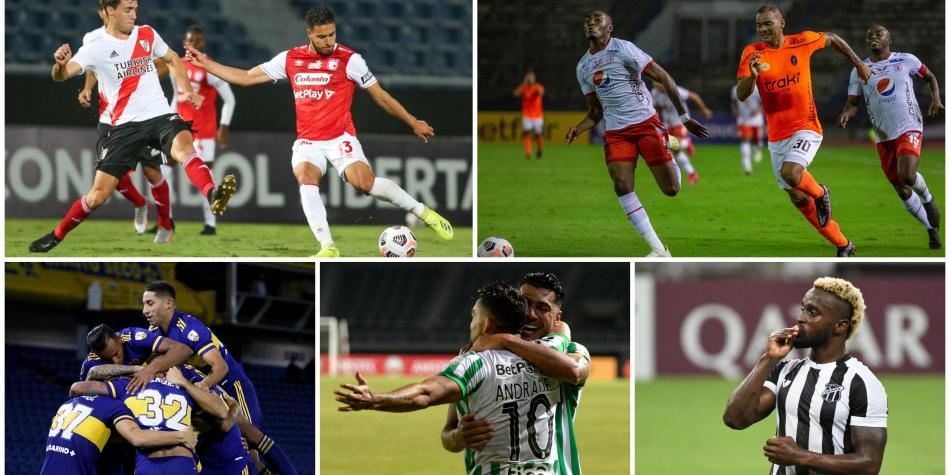 The last and final date will be played this week in the group round, in both Libertadores and South America. Unlike plans, some Colombian teams will come lifeless, but others will stick to the next level. There are no more chances in the 'other half of glory': Equidad and Tolima said goodbye early. The Libertadores have the chance.

In reality, in the most critical competition at club levels in South America, there are three Colombian teams with options for advancing to the 16th round. Some come with better opportunities, but in any event, anything can be provided to enable America, Junior, and Nacional to continue the race.

In Group D, Junior adheres to the miracle. He has to defeat the already removed Santa Fe, who has to shake out the poor outcomes and bid goodbye to victory. The sharks don't only need to succeed, they also need River Plate to send them a "lift" toward Fluminense so that their calculator isn't difficult. If all is granted to Junior, he will advance the party as the second.

Atlético Nacional in Group F visits Catholic University for second place in a direct duel in their city. Only one point divides them and they are placed on the other side by a triumph. But beware, it's not all rosy. They expect to see the Juniors of Argentina beat the National of Uruguay in the other duel, who also arrives alive, with the same points. Alexandre Guimaraes' team appears with a better goal difference, in relation to their two direct rivals.

The other that arrives with options and depends on itself, to advance to the second round, is América de Cali. Many believed Jersson González's team dead, but with his recent triumph, he came to life. They will face Cerro Porteño, who currently appears in second place. Mineiro is already in the next phase, so the scarlet team will have to beat the Paraguayans. The goal difference would allow him to be in the next phase, because by winning he will have the same points as Cerro.

Everything is served for Colombians to take a step forward, but they have no other choice than to win. Review how the last date of the group stage will be played, both in Libertadores and in Sudamericana.

This Is How The Date Will Be Played 6