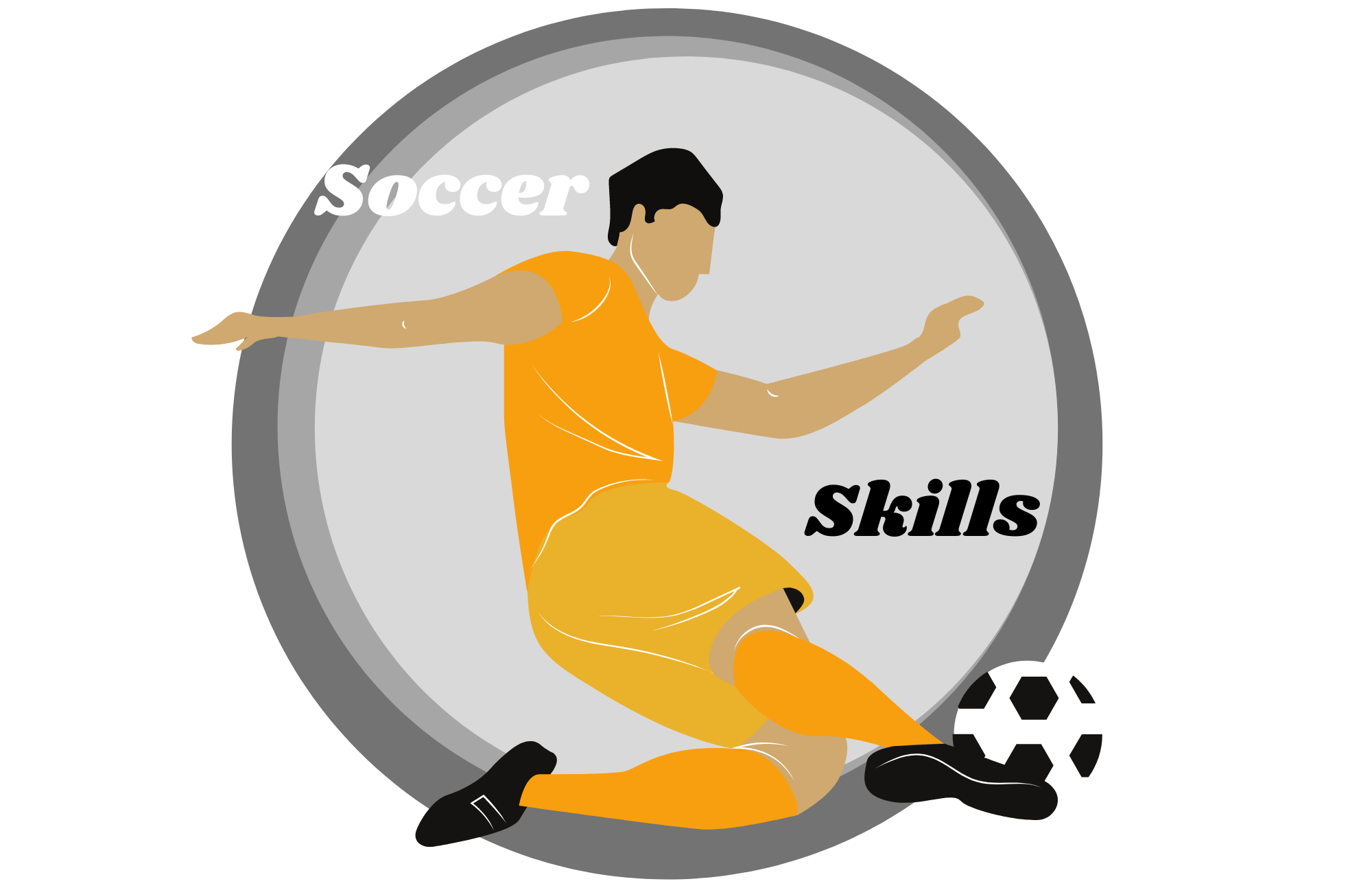 Every person who wants to enter the world of sports should have some idea about the sport, right? If you're a beginner in the soccer game, you have to know the list of soccer skills in order to make a step in this big and great career that you are striving for. The list, as this article will discuss, includes everything you need to know about soccer skills. It is more than just a list of skills, it also includes instructions on how to perform them, why they are important, and when you should use them.

This is a helpful resource for soccer skills. It covers all of the basic techniques that every beginner and player should know, as well as the advanced techniques that can be used in specific situations.

Why Soccer Skill Is Important?

Soccer is a sport that necessarily involves a high level of skill. It is also one of the world's most popular sports. The game has been played since the 1800s and has evolved over time to include a wide range of rules, styles, and positions. Soccer is played by two teams of 11 players each.

The goal of soccer is to score more goals than the opposing team. Many skills are required to be successful in soccer, including dribbling, passing, and shooting abilities. These skills can be learned with practice, but some people are born with a natural talent for them, making them stand out from others on their team or even opponents on other teams.

The Skills Every Player Should Master

The basic skills that every player should know are listed below. It is important to be able to shoot, dribble, and pass. These are the abilities that will be used in the game. Technical skills are the next set of abilities that a player should master. This includes understanding how to use your hands, feet, and head for multiple things on the field.

List Of Soccer Skills And An Explanation Of Each 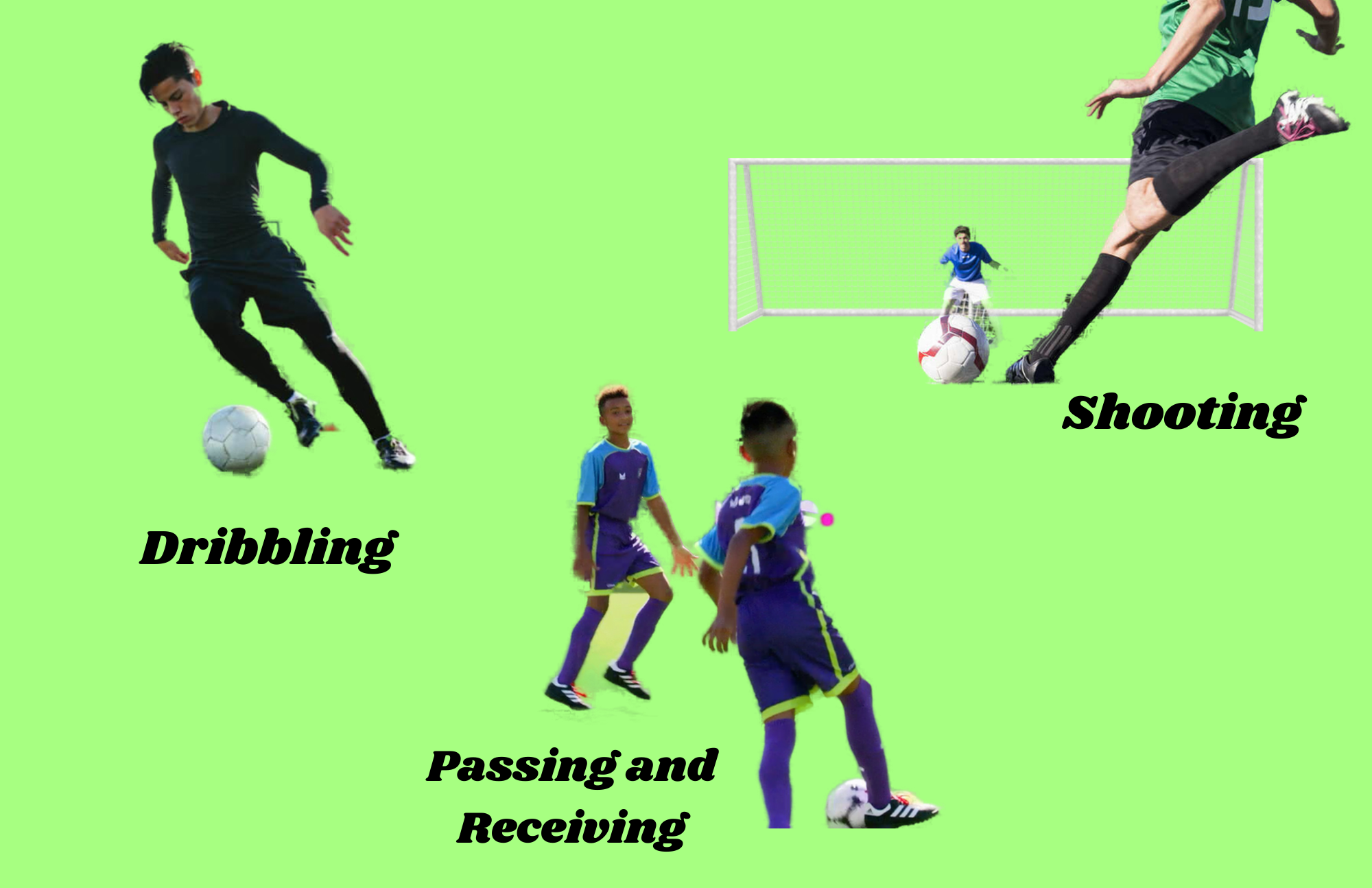 The three fundamental soccer skills which are dribbling, passing and receiving, and shooting

The following is a list of soccer skills and the explanation of each:

The ability to move the ball in any direction with one or both feet. When we are saying "dribbling" we can think of basketball when the ball is bouncing, but it's not just for basketball, it is also the term for soccer. Dribbling in soccer is best accomplished by pushing the ball forward with your laces on either foot. If you're moving quickly, you could use the edge of your toes (instep or outstep) to push the ball ahead of you. You are dribbling if you keep control of the ball while moving.

You get through this drill you can move the cone back about ten or twenty yards if you want then you can extend your touches. And run with the ball faster.

Shooting is the act of striking the ball with the intent of scoring a goal in soccer. It is typically done with the feet or the head. A shot on target, also known as a shot on goal, is a shot that enters or would have entered the goal if it had not been blocked by the goalkeeper or another defensive player.

How To Improve Your Soccer Skills Through Training

A soccer player is someone who can manipulate the ball and other players in the game of soccer. Soccer skills are not automatic, and players must train to improve even if they already think that they can do it.

It is important to train in a different way in order to improve one's soccer skills. Playing games with others or practicing alone can be used to train and master the basics.

If you are striving in this sport, you must follow every set of basic skills in order to become one of the best players in town or even the world! You have to start on the basics, we've tackled the list of soccer skills (basics). These are all skills that must be practiced on a regular basis in order to improve.