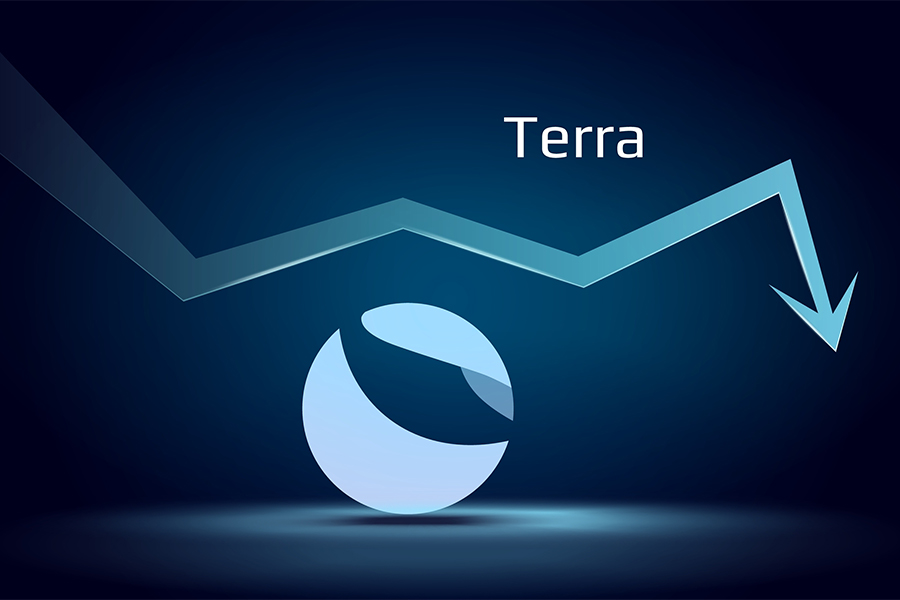 Stablecoin holders are panicking now as Terra Luna collapses. As of May 9, 2018, the so-called stablecoin TerraUSD (UST) was no longer tied to the US dollar after nearly 18 months of maintaining a stable value. Not only did the decoupling lead to the collapse of UST and Terra (LUNA), but also played a role in the huge decrease that bitcoin and the greater cryptocurrency market experienced, from which they have yet to fully recover.

Terra Luna As A Cryptocurrency 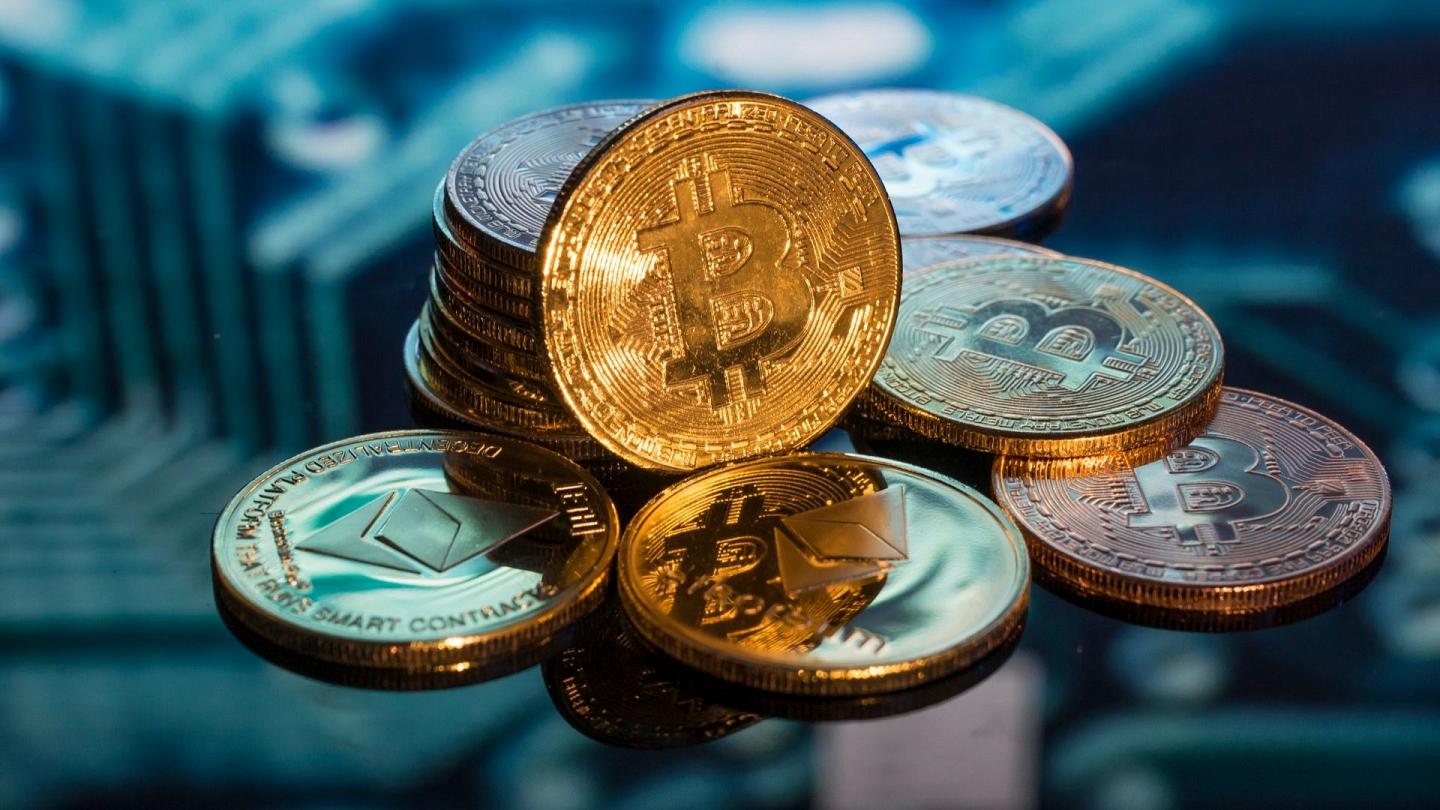 Different kinds of Crypto Coins stacked and laid on the floor

Terra, a blockchain system and payment platform for algorithmic stablecoins, is being developed. In 2018, Terraform Labs co-founders Do Kwon and Daniel Shin were responsible for the project's construction. Its most well-known offerings are the Terra stablecoin and the Luna reserve asset cryptocurrency that goes along with it. There are several algorithmic stablecoins under the Terra brand, and each of these is called after the currency to which it is linked. For example, the value of TerraUSD (UST) is based on the US dollar.

For Terra, Luna is the most important asset, and it is also used as a voting token for the Terra community to vote on different ideas. A complex technique known as "burn and mint equilibrium" was used to preserve the peg of the UST stablecoins, which were not backed by US dollars. With the usage of two tokens (UST and LUNA), this strategy ensures the stability of one token (UST) and absorbs any volatility that may occur.

The Terra chain laid the groundwork for the Anchor Protocol, a lending and borrowing system. A return of roughly 19 percent was given out of Terra's reserves to investors who invested UST in the Anchor Protocol. Some have voiced concern that Kwon's plan for stablecoins could run like a "gigantic Ponzi fraud" because of the Anchor Protocol's high yielding mechanism. On the Terra blockchain, there was also Mirror Protocol. The goal of this initiative was to create and sell financial derivatives that were nearly identical to the actual stock market. 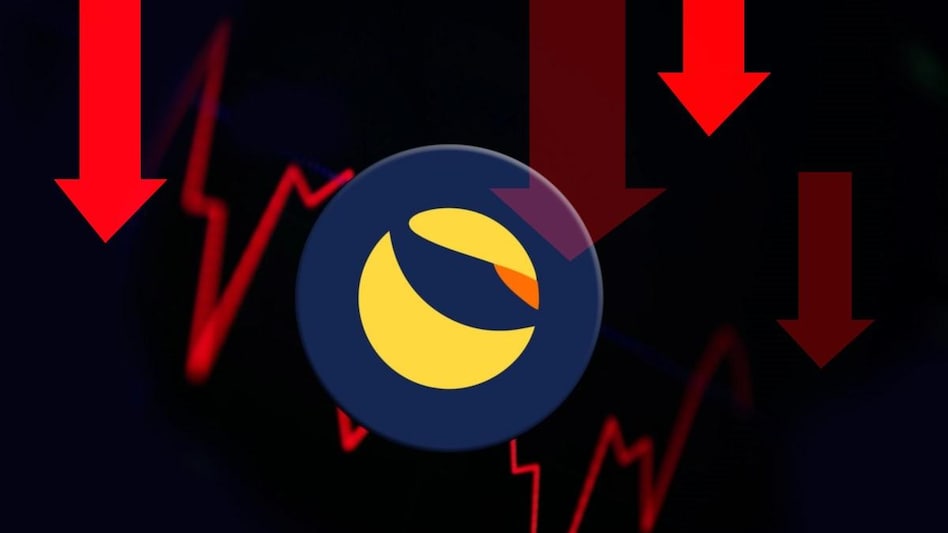 Terra Luna Logo with some red arrows going down

It has turned into a matter of great discussion as to what actually caused UST to lose its peg in the first place; one prominent conspiracy theory suggests that someone purposely dumped $350 million worth of UST; however, this assertion is not backed by any evidence. If LFG did this, it would be required to sell its bitcoin, which would lead to a decrease in the price of bitcoin. If LFG did this, the price of bitcoin would decrease. Anyone who is successful in reaching the goal that was described above may find that holding short bets on Bitcoin could result in financial gain.

The price of the coin fell from $116 in April all the way down to just one penny on Thursday, after having plummeted significantly earlier in the month. It has plummeted even further, and by the end of the weekend, traders were only willing to pay a fraction of a cent for it. At the time that this was written, the value of one luna was about equivalent to one eighth of a penny. An implosion of this kind has occurred in the past for small-cap memecoins, but it has never occurred for anything as massive as luna, which just one month ago had a market cap of more over $40 billion. In the past, an implosion of this kind has occurred for small-cap memecoins.

In case you were under the impression that TerraUSD (UST), a cryptocurrency that is classified as a stablecoin because its value is designed to remain at $1, was still trading at $1, let us inform you that this is no longer the case. It is nearly never in anyone's best interest for something to be promoted with a price of one dollar when the actual cost of the item is higher. In addition to this, the value of the cryptocurrency coin known as LUNA, which is used as collateral for UST, has almost entirely disappeared. Because of the extensive coverage that has been given to these losses, there is a good chance that this is the umpteen millionth piece that you have read about UST. This is because of the amount of coverage that has been given to these losses. 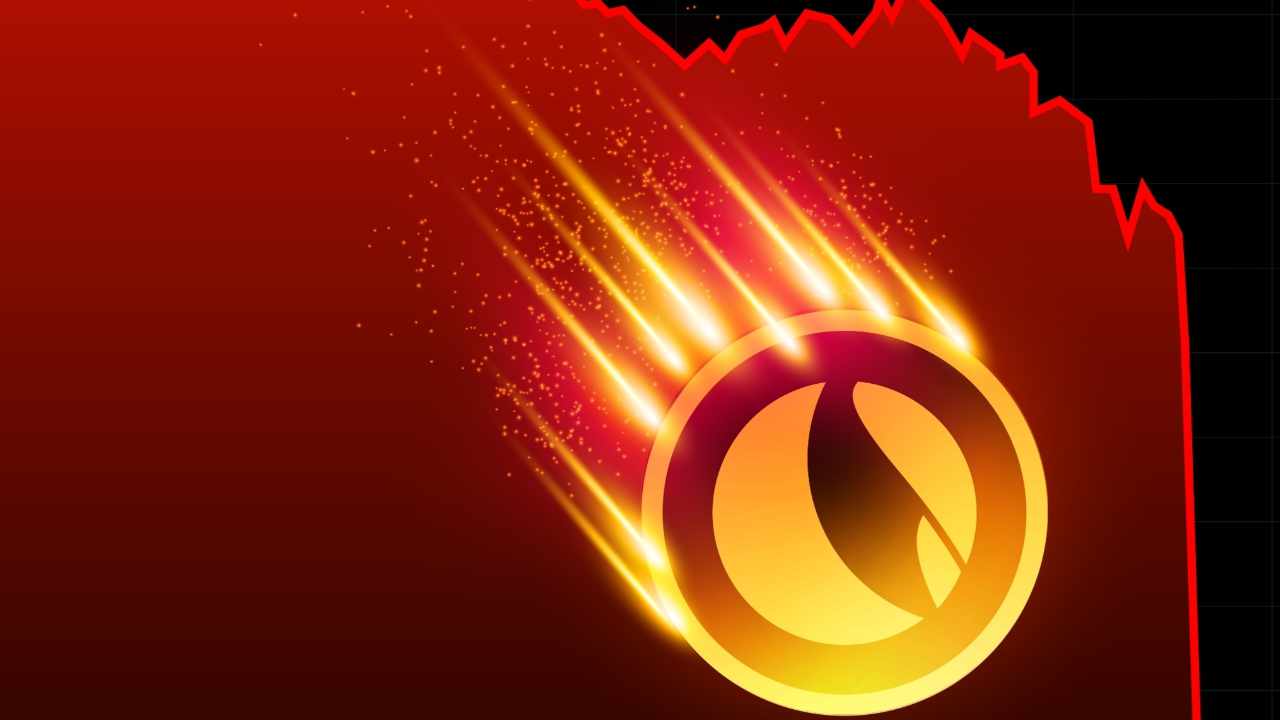 Luna's Logo on fire while plumetting

On Saturday, May 7th, it all began. As soon as the UST was unstaked, which means it was removed from the Anchor Protocol, hundreds of millions of dollars worth of it was traded. There is a lot of debate about whether this was a reaction to the recent rise in interest rates, which has had a negative impact on cryptocurrency prices, or a more deliberate attack on Terra's system.

Massive sales have resulted in a decrease in pricing to 91 cents. There was an attempt made by traders to take advantage of an arbitrage opportunity by swapping $1 worth of luna for 90 cents worth of UST. Only $100 million in UST can be burned for luna per day.

Investors, already wary owing to the market's bearish situation, hurried to liquidate their UST holdings when the stablecoin failed to retain its peg. The first depeg caused it to swing between 30 and 50 cents, but it has since steadied at less than 20 cents and is projected to continue to decrease in the near future. From a high of $18 billion at the beginning of May to its present value of $2 billion, its market capitalization has fallen significantly since then.

How It Affects The Crypto Community 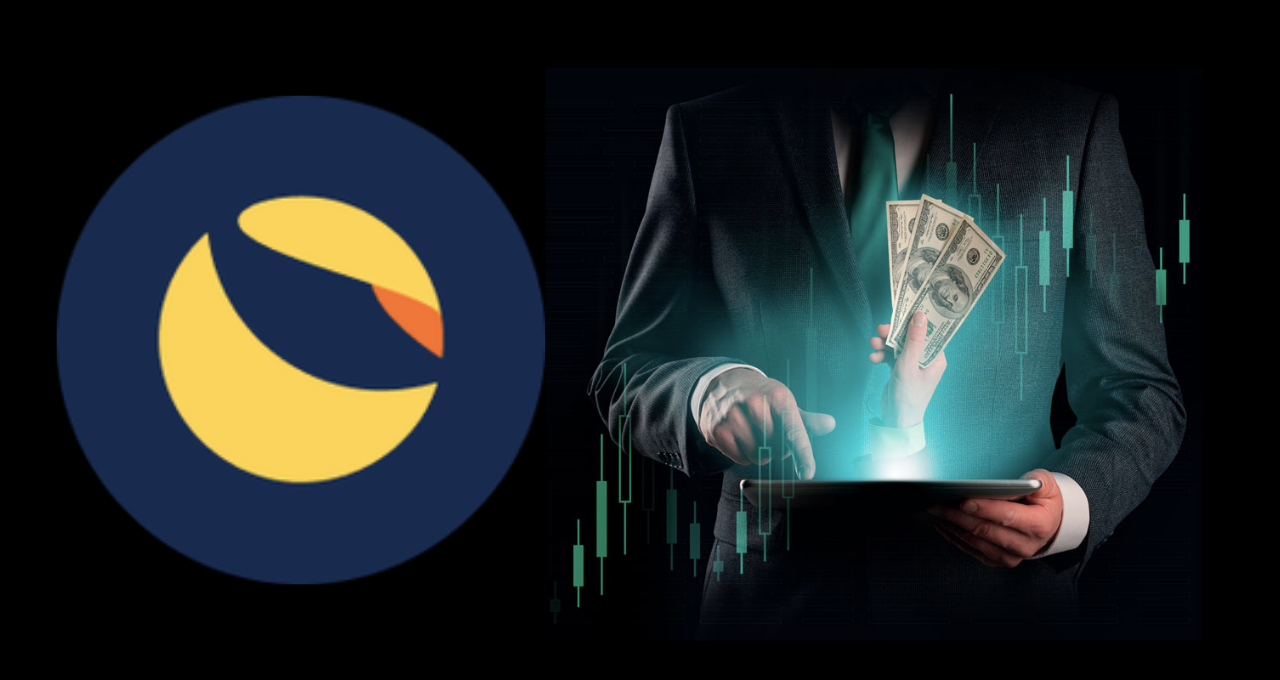 Terra LUNA logo with a man holding a tablet

Because of Luna and UST alone, at least $15 billion worth of cryptocurrency has been lost. People who lost a lot of money when UST went bankrupt have said that they hurt themselves, but these stories can't be proven. Even so, it is clear that many people lost a lot of money when the company went out of business. Boroughs from Fortis Digital says that the damage isn't just to Terra's ecosystem. People who had put money into UST and Luna had to sell a lot of their crypto holdings to make up for some of their losses, which brought the whole market down.

Second, it makes people wonder how stable other stablecoins, like Bitcoin, are. Unlike Tether and USDC, UST was a stable coin that was based on an algorithm. A year ago, Eric Schneiderman, the New York Attorney General, said that tether had lied to the public about how much money it had saved up in dollars.

What Awaits For Terra Luna

Practically speaking, it is worthless, but the fall of UST caused its value to drop below $0.10. Because of the crash, the value of LUNA dropped from over $110 to less than one ten thousandth of a cent. They lost a total of $60 billion because they sold off their shares.

Bitcoin and Ethereum (ETH) are trading near their lowest levels in 18 months, which shows that the market has lost faith. When the price of bitcoin dropped below $5,000 in March 2020 because of a fear of a pandemic, the Crypto Fear & Greed Index, which shows how people feel about the market, was at its lowest point.

In an interview, Terraform Labs laid out what Do Kwon, the founder and CEO of Terraform Labs, thinks are the "optimal stages" for LUNA's return. A hard fork is part of the plan, but it will only work if the Terra community agrees to it.

What Is Happening With Terra Luna?

Binance and Coinbase are among the crypto exchanges that have banned Terra-Luna currencies after investors lost a lot of money when the supply-demand ratio of the algorithmically built stablecoins crashed.

Is Terra And Luna The Same?

According to the company's tweet, the old blockchain will be called Terra Classic (LUNC). The new Luna token is different from the old one.

What Is Terra Luna Coin?

Luna is the Terra protocol's staking currency, which absorbs Terra stablecoin price fluctuation. It's utilized for mining and governance. Users stake Luna in Terra blockchain miners (called "validators"), who record and validate transactions on the blockchain for a fee.

Friday, Do Kwon offered Luna a solution. Terralabs' CEO proposed forking Terra, creating a new blockchain. 900 million Luna tokens would be created, with 100 million going to a "community fund to support future upgrades." It's an attempt to restore the blockchain's pre-depegging state. Some experts doubt the plan's success.