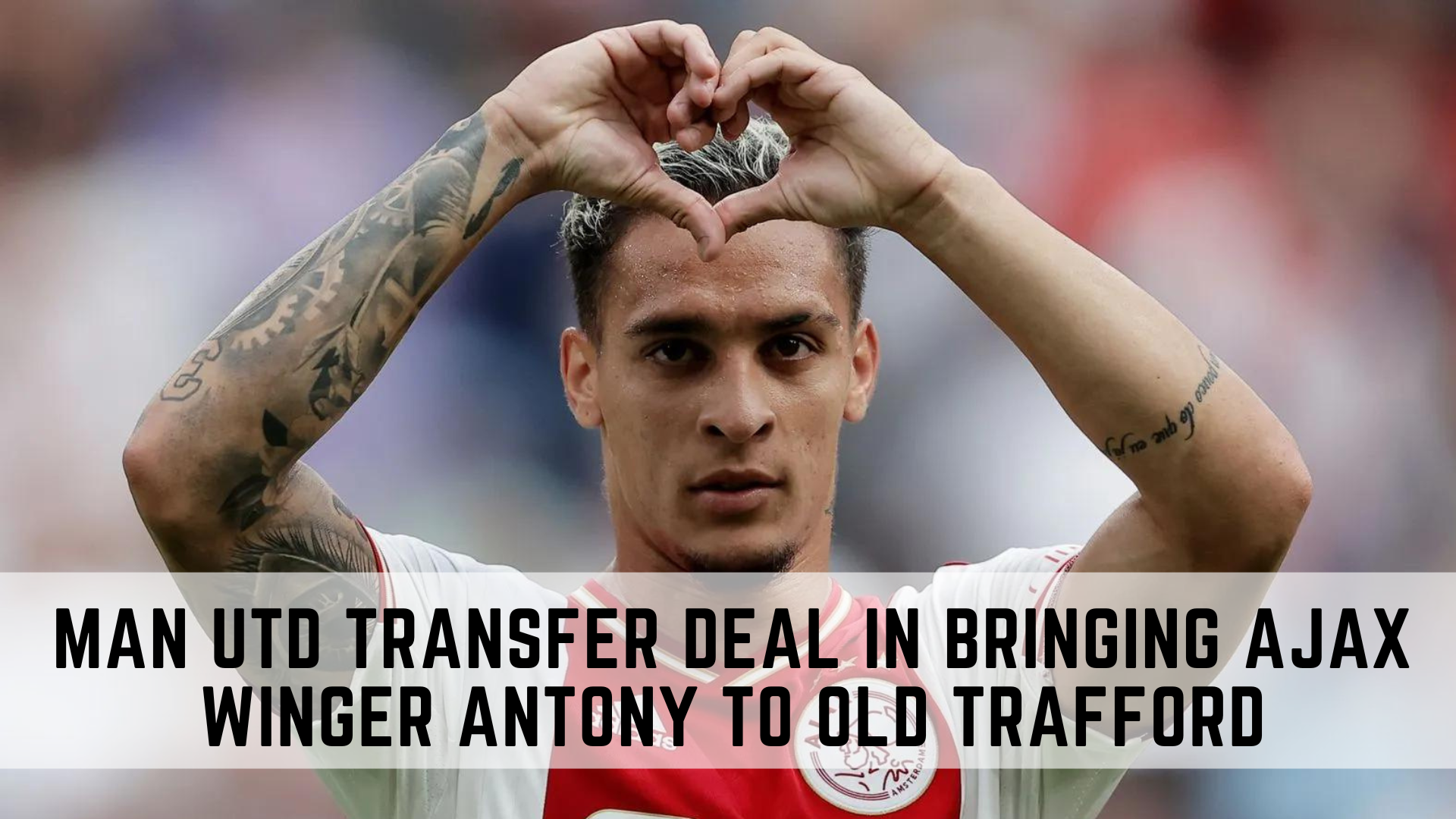 The Red Devils have been tracking the 22-year-old all summer and appear to be closing in on his signature after a lengthy pursuit.

Manchester United is still interested in signing Ajax winger Antony and may loan out one of their most promising young players if a deal is struck.

Man United are in advanced talks to sign Antony from Ajax for around £80 million; Erik ten Hag coached the Brazilian winger for two years in Holland; the Man United boss praised his "incredibly beautiful development" at Ajax.

Erik ten Hag identified the right-wing position as one he wanted to strengthen at the start of the summer, but negotiations with top target Antony have been difficult, with the Eredivisie giants demanding a club-record fee.

The 22-year-old is thought to have already agreed to personal terms with United and piqued fans' interest when he was spotted watching their win over Liverpool on social media on Monday night.

Ajax, on the other hand, is sticking to their €100 million (£84.5 million) valuation, which would make Antony the second-most expensive signing in United history, and the Brazilian is pleading with the Dutch club's hierarchy to find a compromise.

"For sure, we hope he will be the next star of Ajax." It was July 2020 and Erik ten Hag, Ajax's manager at the time, was introducing Antony, the club's new £20m signing from Sao Paulo. "We at Ajax are always trying to strive for the top," added Ten Hag, "so I expect he will do his best to reach that level of expectation. The rest, we will see in the future."

Ten Hag was correct to have high expectations for Antony; the Brazilian, who was only 19 when he agreed to move to Amsterdam, quickly established himself as one of Ajax's key players.

He never imagined he'd be taking him to Manchester United as well.

Antony, now 22, has 25 goals in 82 appearances for Ajax, helping him break into the Brazil squad.

United is willing to pay a fee of around £80 million, which has raised eyebrows.

Is Ajax Winger Antony Worth It? 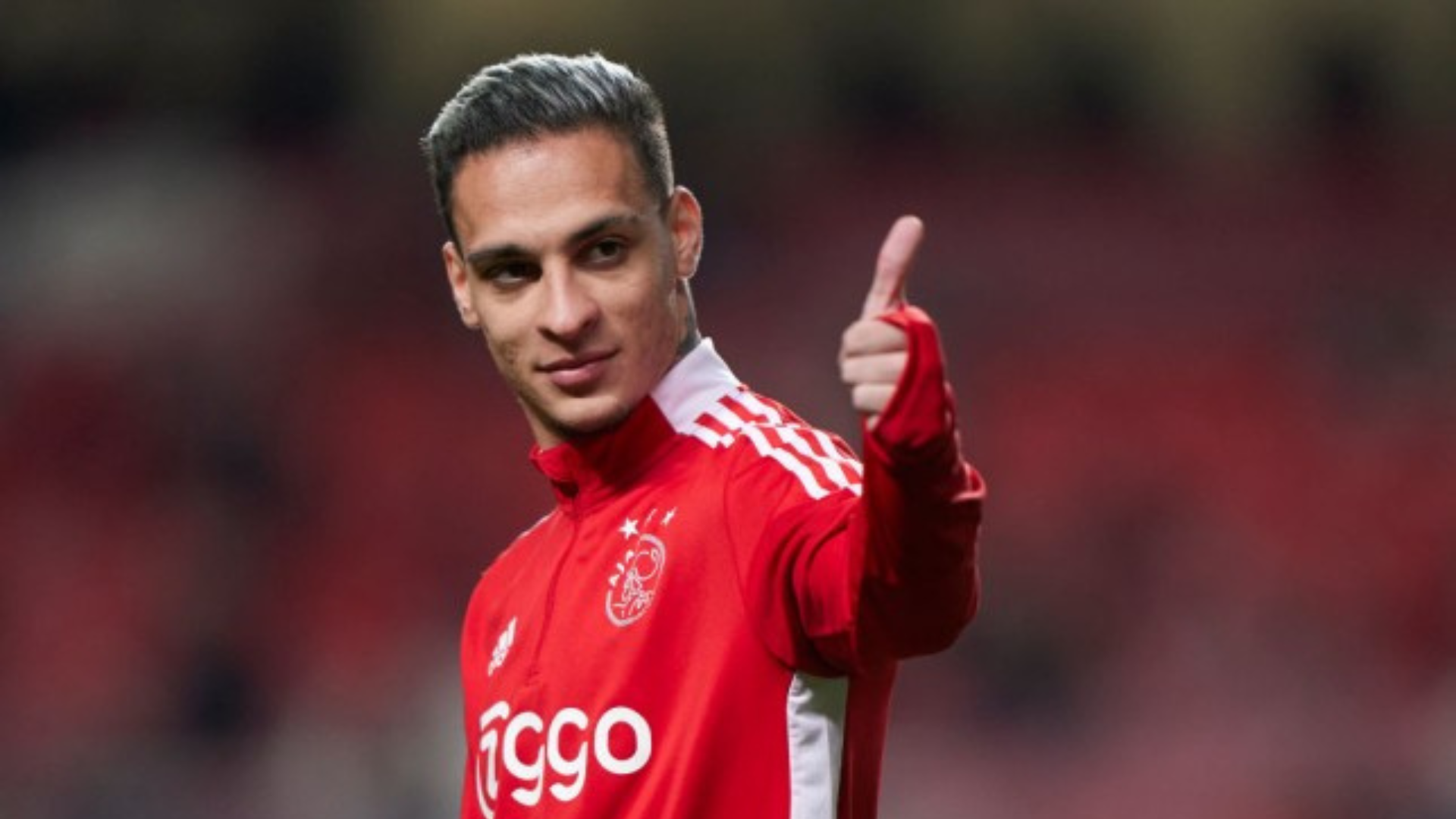 For Ten Hag, a coach who knows Antony like few others, the answer is yes.

"As soon as Ten Hag went to Old Trafford, I thought, 'he's going to take Antony with him' because Ten Hag has done such a wonderful job developing this player," said South American football expert Tim Vickery.

Antony was "talented but very raw" when he arrived at Ajax two years ago, according to Vickery, a view that was shared by the coaches in charge of Brazil's U23 team.

"They had the vital game, the last game of the campaign, just before the pandemic at the start of 2020. They had to beat Argentina.

"Antony had been the first choice throughout the campaign and for the first time, they dropped him.

Why? Because he was playing winger, left-footed, high on the right, and every time, he was slowing them down.

"He was picking up the ball and cutting back in onto his stronger foot and he would take away the momentum of the attacks. You were thinking at this point: raw.

"But Ten Hag got him and developed him into a quick little winger who can play on either flank, whose decision-making is greatly improved, and who can also work back and put in a bit of a shift.

"So, as soon as Ten Hag went to Manchester United, I thought, well, Antony is his man."

Antony quickly advanced from Brazil's U23s to the senior team, scoring twice in nine appearances for manager Tite, who describes him as having "similar technical characteristics" to Neymar, but his numbers for Ajax do not immediately stand out.

The winger has not scored more than ten goals in either of his two Eredivisie seasons, and his overall total of 18 places him behind 18 other players in the division.

Nonetheless, there was enough there for Ten Hag to extol his "incredibly beautiful development" last season.

His progress was most visible on the Champions League stage.

Last season, Antony was instrumental in Ajax reaching the knockout stages for only the second time in the previous 16 seasons, twice tormenting Borussia Dortmund in the group stage and scoring two goals and providing four assists in seven appearances.

Ten Hag has always believed in him, but he has pushed him too far.

In March, after Antony assisted Ajax to a 2-0 win over AZ Alkmaar in the Dutch Cup semi-finals, the Dutchman criticized his performance and warned him against showboating in the future.

"He must focus on football," said Ten Hag. "He was a total threat, but he has to convert that into returns and not worry about frills or flourishes. He has to play more effectively because he had chances to make the last pass.

"It was clear that he was very dangerous and on the one hand I enjoyed him, his speed, his pressure, the threat of his dribbles, but he could also have got more out of his play."

Another player might have thought Ten Hag's comments were harsh in the context of a 2-0 victory, but Antony clearly recognizes the value of Ten Hag's tenacity.

"Every player under his guidance becomes a better footballer through his training," he told Dutch newspaper De Telegraaf.

"Since my arrival, he has given me a lot of confidence and believed in what I can do. I am grateful for that. I respect him very much." 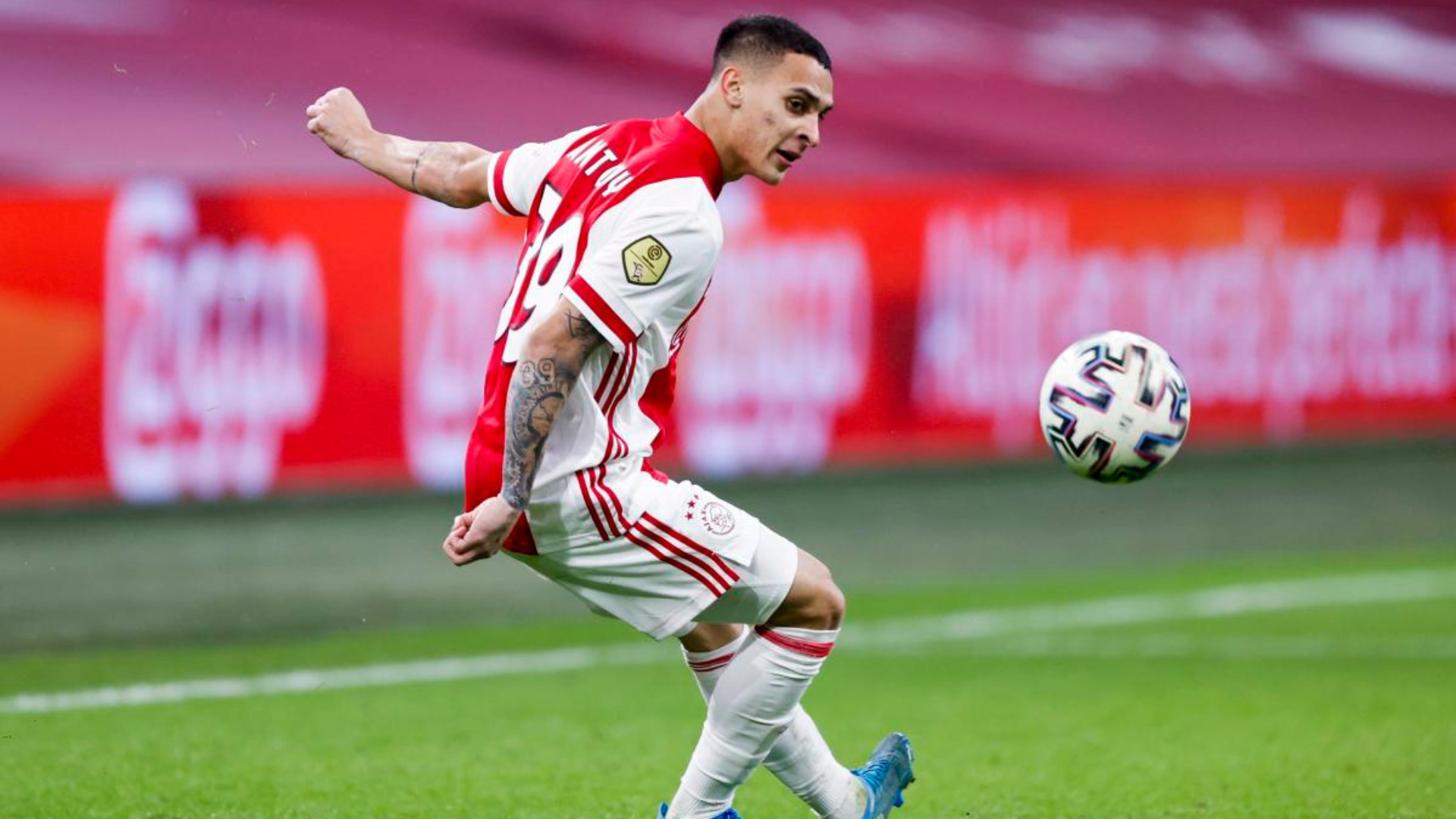 Ten Hag will be confident in continuing to develop Antony if he moves to Old Trafford, but United will have to pay a premium to make it happen.

After paying £56.7 million for Antony's former Ajax teammate Lisandro Martinez, who is two years his senior at 24, the Dutch club can reasonably expect a higher fee for a player under contract until 2027.

"The problem they have got is a financial one," added Vickery. "The benchmark is that they have already gone to Ajax and taken Lisandro Martinez, and paid a lot of money for him. "Now, Antony is a younger player, a more glamorous player, so you can hardly go back to Ajax and say, 'we bought Lisandro Martinez for £60m, can we have Antony for less?'

Martinez is not Ajax's only key player who has already been sold this summer.

They also allowed striker Sebastien Haller to join Borussia Dortmund for around £28 million, and midfielder Ryan Gravenberch to join Bayern Munich for around £17 million before that.

With the sales of Perr Schuurs to Torino (£8 million) and Nicolas Tagliafico to Lyon (£3.8 million), Ajax has received in excess of £100 million in transfer fees, indicating that there is little financial need to cash in on Antony as well.

They can raise their asking price, knowing that Manchester United - and, in particular, their new manager - have the will and resources to make the deal happen at a premium.

Antony is capable of playing on either flank. His adaptability is undeniably appealing to Ten Hag and United.

The majority of his shots come from that side, and he also creates chances from there, lifting diagonal crosses into the box from the 'half-space' between the wing and the center of the pitch.

United is already well-stocked in the wide positions, but Marcus Rashford prefers to play on the left, while Jadon Sancho, who has played on the right in all three Premier League games this season, is comfortable there.

The same can be said for Anthony Elancenterga, Jr.

With Rashford and Anthony Martial both capable of playing as central strikers, there is a potential opening for Antony on the right side of Ten Hag's attack if Ten Hag continues to overlook Cristiano Ronaldo following Monday's win over Liverpool.

Nevertheless, Ten Hag has wanted to see Antony all summer, and United is now preparing to give it their all to make the latter's wish come true.

Supporting him with his top targets will only improve their chances of success.

Ten Hag has been impressed with the winger since taking over at Old Trafford, but he recognizes that if United's pursuit of Antony is successful, his game time will be severely limited.

In addition to attempting to lure the Brazilian away from Ajax, United is looking for a new deputy goalkeeper, with Martin Dubravka emerging as the frontrunner, and has been linked with Memphis Depay and Cody Gakpo.