Manchester's Guardiola Backs Alvarez To Shine When Haaland Is Rested 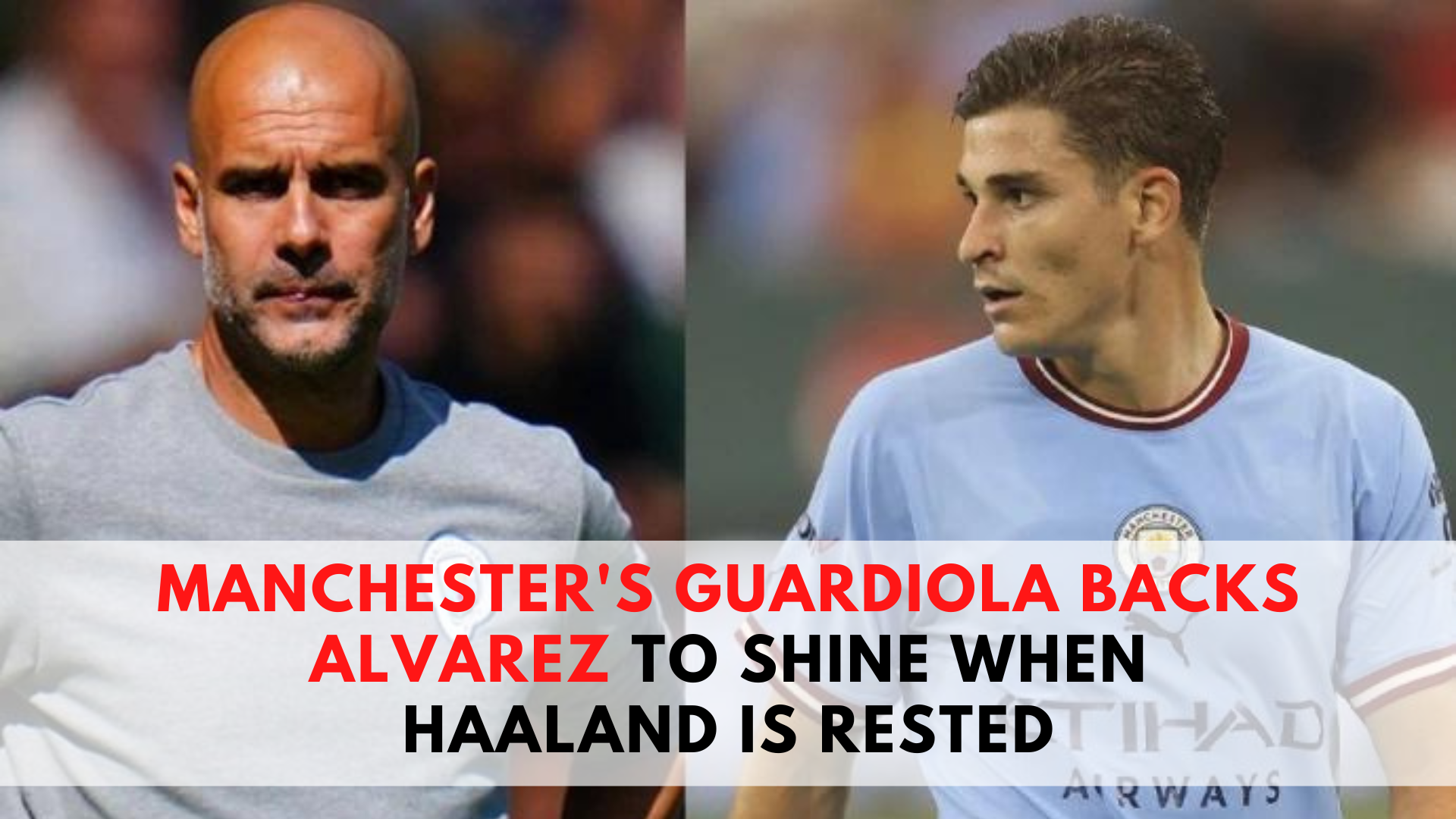 Manchester's Guardiola backs Alvarez and expects him to lead the line when striker Erling Haaland is rested during a busy schedule.

The city will play six matches in all competitions in 18 days when they face Nottingham Forest on August 31, 2022, and Guardiola expressed confidence in the abilities of Argentine Alvarez, who joined them from River Plate in the offseason.

Given the impact Haaland has already had on the Premier League, Alvarez's £14 million move from River Plate has gone somewhat under the radar.

With six goals in the first four games, the Norwegian international leads the division, but Guardiola believes his understudy can have a similar impact. 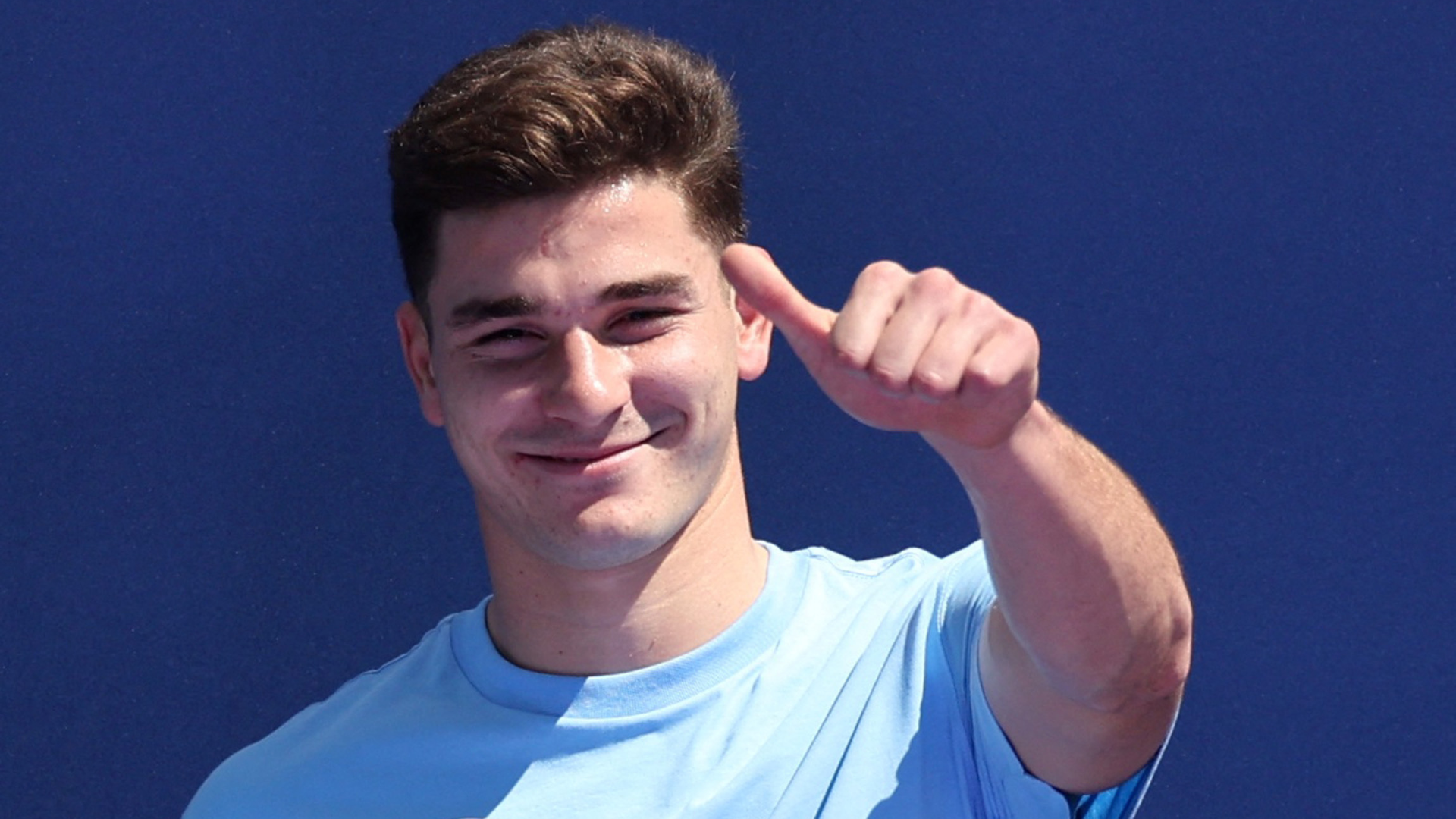 Pep Guardiola, manager of Manchester City, has backed 'incredible' Erling Haaland to improve on his debut against Liverpool.

Haaland, who turned 22 earlier this month, is already regarded as one of the world's best strikers and was signed by City this summer in a £51.2 million deal from Borussia Dortmund.

Pep Guardiola has stated that he is unconcerned about upsetting Erling Haaland or any other Manchester City players by dropping them.

Guardiola has stated that Haaland will not play in every game during the club's grueling upcoming schedule, and the Spaniard has been tight-lipped about whether the striker will play against Nottingham Forest on August 31, 2022.

He recognizes that he will never be able to persuade some players to accept not playing, but this does not derail his train of thought.

"When Erling doesn't play, we will play Julian, almost sure. We're really impressed with him, his pace, his sense of goal, and his work ethic," Guardiola told reporters. "I knew him a little bit, off the television, clips, games in River Plate. I was surprised at how good he is. He's so humble, and always positive. Every training session he gives everything. I like this type of player.

"He is... always close to the ball, has the sense to be in the position in the right moment. When he drops, he has the quality to play. I know people talk a lot about Erling but Julian is an exceptional player."

Guardiola said he was also delighted with the progress of another new signing in Haaland, who has scored six league goals so far, including a hat-trick in their 4-2 win over Crystal Palace at the weekend. "Everyone talks a lot, we're delighted.

Hopefully, he feels good being here," Guardiola said. "I have another opinion, we didn't have doubts, we only had one month of competition. We still have margins to improve to be a better player and we're working on that."

With 10 points from four games, City is second in the league, while promoted Forest is 14th.

Guardiola talking to Alvarez while in the football field

The Manchester City striker has had a strong start to the season since joining from Borussia Dortmund, but he has been told that he will need to rest in order to stay in peak condition.

Haaland, a £51 million summer signing, has scored six goals in four games for City, including a hat-trick in a 4-2 win over Crystal Palace.

Guardiola says he has the perfect replacement in Julian Alvarez if he decides to rest his star striker, Norway's Haaland, who is set to start against Nottingham Forest. "I don't work with national coaches' players."

When they're with their national teams, they don't think about us. So here we are, trying to make decisions game by game and seeing what happens.

But there were four days between these games, three for Aston Villa and Sevilla, and three or four for Tottenham. With travel, for recovery, it's much, much worse.”

But when the time comes for Haaland to be taken out of the firing line, the striker will not get an explanation from his boss, according to Guardiola.

“No, I’m not going to explain,” said Guardiola. “I don’t explain the reasons for my decisions, because I’m not going to convince them. Some players understand it's part of it for everyone and others never understand. I know them all quite well and I can tell them the reasons, but the other ones I couldn’t care, I don’t care.

For a variety of reasons, the way they train every day, behave when they play, or when they don't play, or whether they play for 10 minutes or 90 minutes.

There are those who accept it and those who believe they must play because "I am who I am and they are completely wrong."

Although Alvarez has yet to make his City debut, Guardiola will have no qualms about inserting him into the starting lineup when Haaland requires a rest.

“Julian is so young, but had incredible success in one of the most important teams around the world in River Plate,” said Guardiola. If he's able to do it there, he can adapt wherever and I feel that he's going to help us in many ways.”

To sum it up, Manchester City manager Pep Guardiola believes Alvarez will improve on his debut against Liverpool. Guardiola appears to be adamant about his decision and unconcerned about the reactions of others.

Guardiola has also warned his team to tighten up defensively after falling behind two goals for the fourth time in their last six games.