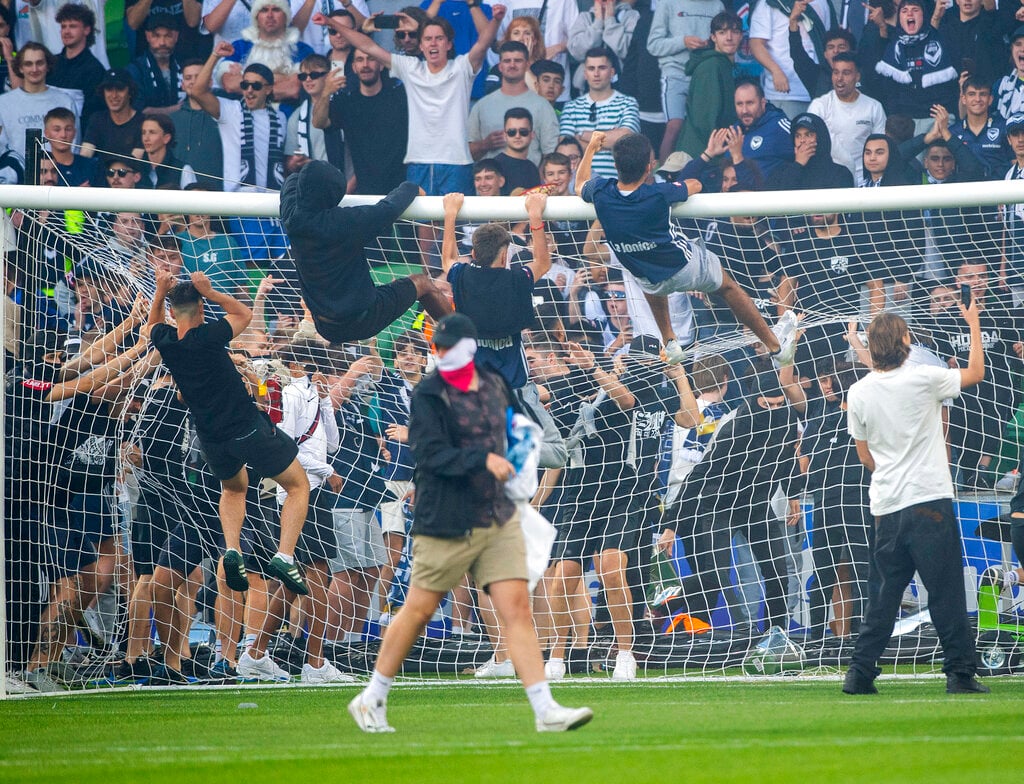 As a result of the violent pitch invasion that occurred in the club's A-League Men (ALM) derby with Melbourne City a month ago, which cast a shadow over the sport, Football Australia (FA) levied fines against the club in the amount of $550,000 on Tuesday.

After the FA handed down its sanctions on Tuesday, the club avoided an immediate points deduction; however, the Victory will play the next three and a half seasons with a 10-point sanction and the threat of a transfer ban hanging over their heads if fans behave inappropriately again.

According to a statement, Melbourne Victory has made a separate commitment to the dissolution of any A-League Men's active supporter groups that were recognized at the time of the incident.

Melbourne Victory has separately committed to the disbandment of any A-League Men’s active supporter groups that were recognized at the time of the incident. We will work with FA, A-Leagues, AAMI Park, Victoria Police and other stakeholders as well as the new taskforce announced by FA to ensure an incident of this nature never occurs again. The club has strongly advocated to FA and the league over the few weeks to ensure both the final and interim sanctions imposed by FA acknowledge that what occurred at the derby was not reflective of the majority of our North End members or the broader Melbourne Victory fanbase.

On Tuesday, the chief executive officer of the FA, James Johnson, stated that deducting competition points from Victory as a response to the ugly pitch invasion was considered. However, the league was mindful about how this would affect the integrity of the A-League Men competition. Victory is currently in second place in the competition.

We felt that if we were to implement a points deduction now, it wasn't the most effective way of deterring the fans. If a spectator runs onto the pitch and there's an assault, there will be an automatic 10-point deduction and if that were to occur, that will destroy Melbourne Victory's (season).

The club's ALM team is the only one affected by the suspended point deduction, and it will remain in effect until the end of the 2025-2026 season. Any future incidents involving similar levels of physical aggression are likely to result in the deduction being reinstated. The head of the FA stated that his organization had demonstrated that they were willing to crack down on violence in crowds.

The FA's boss stated that any further misbehavior would result in harsher penalties from the game's governing body, which regulates the ALM on behalf of the Australian Professional Leagues (APL).

In future you're going to see as a regulator, be able to use other mechanisms, such as club licensing rules or transfer system sanctions as well.

Johnson stated that City goalkeeper Tom Glover would not face repercussions for launching a flare into Victory's active supporter bay. The incident was viewed as the catalyst for the pitch invasion, which resulted in the attacks on Glover and referee Alex King.

He gets off on this occasion. We do need some protocols to educate players about (flares) and that's something our taskforce will look at.

Rather than awarding City a walkover as a result of the violence, the game will resume from the 22nd minute, when Victory fans stormed the field and assaulted opposing goalkeeper Glover. City will keep their 1-0 lead from the cancelled game.

Whoever wins the competition needs to be remembered for winning it on the pitch. Whether you're deducting points from Melbourne Victory or you're giving points to City, it's something we wanted to avoid. We wanted the integrity of the season to remain intact.