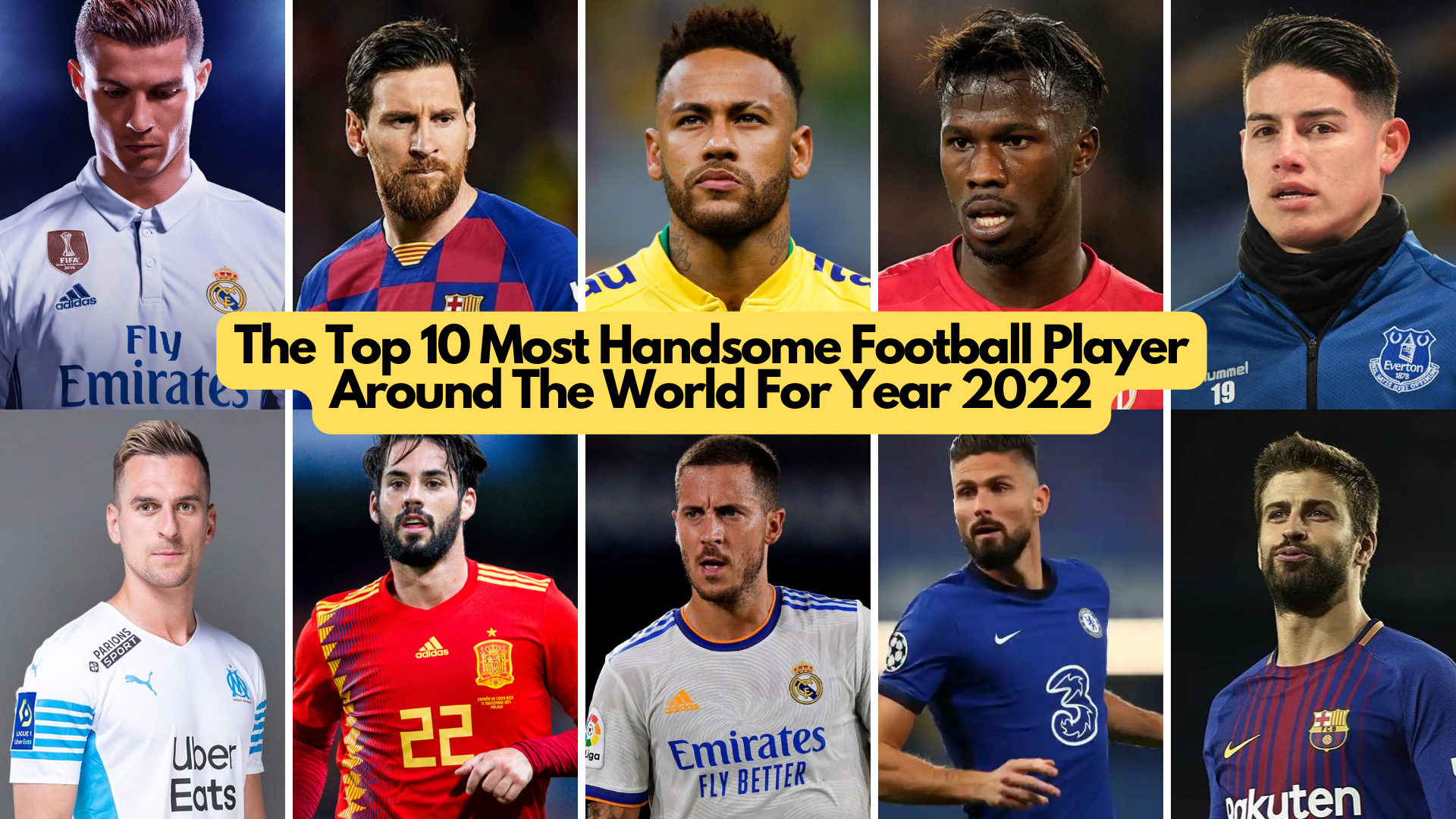 Football is a very popular sport that has produced countless talented and dynamic players. People show support, love, and admiration for football players' skills, performances, and records. Football players have to constantly maintain their fitness levels and physique to stay in the game. A lot of football players are in the limelight for their attractive looks alongside their footballing skills. Even though looks do not matter in the sport, players are hyped and have a huge fan following based on their physical attributes. Read through this article as we reveal the top 10 most handsome football players around the world in 2022.

The football world has seen many of the hottest and most attractive soccer players; let's take a look at some of them in our list below. 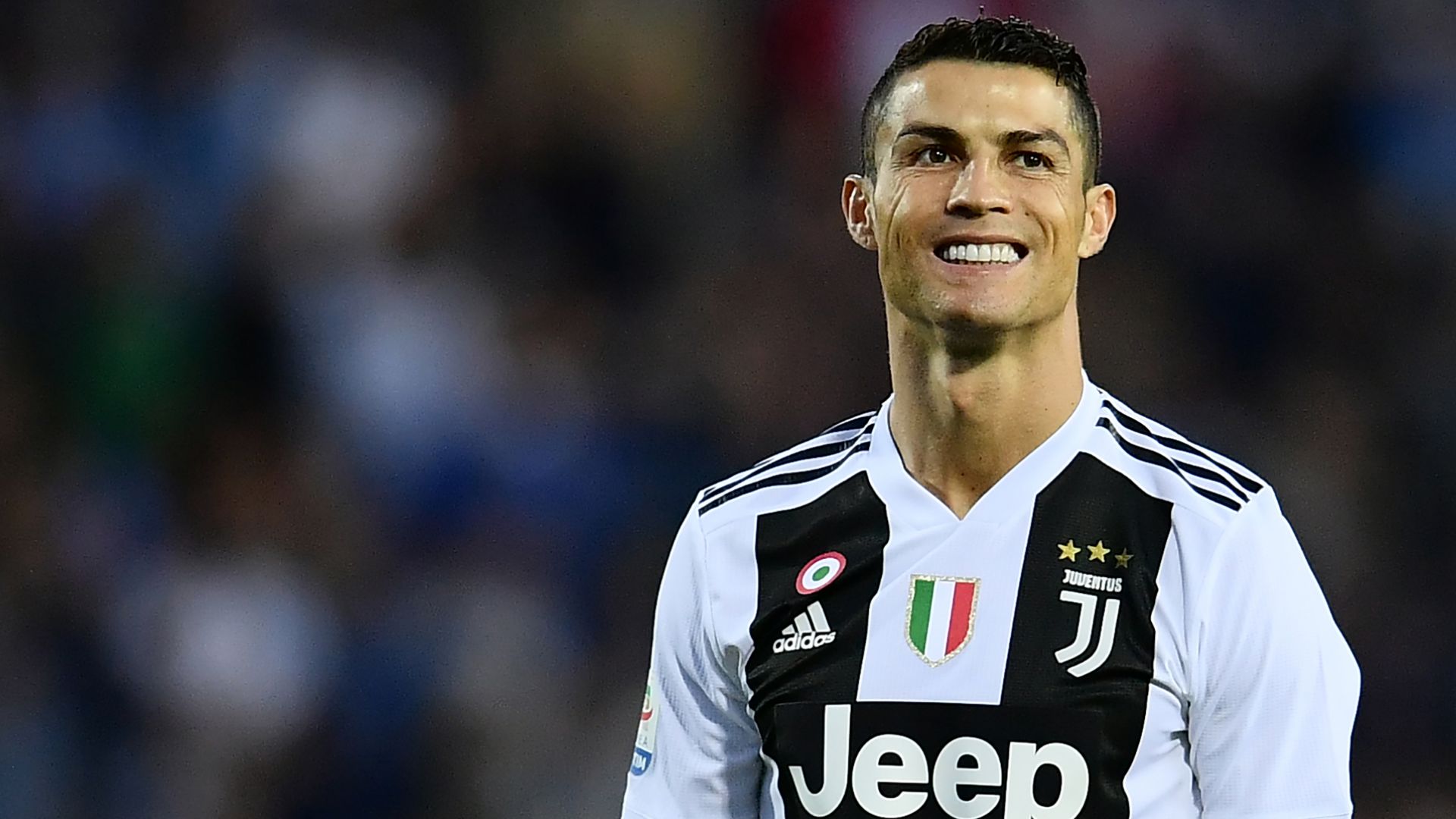 A man wearing green shirt sitting in front of microphone

Keita Balde is a Senegalese professional footballer. He is a member of the Monaco football club. Keita Balde is one of Senegal's greatest footballers. He is of Senegalese and Spanish descent. Because of his endearing personality and avant-garde style, he has a worldwide following. However, he is also regarded as one of the most powerful football players in the world right now. His appearance on this list is due to his attractive personality and daring style. 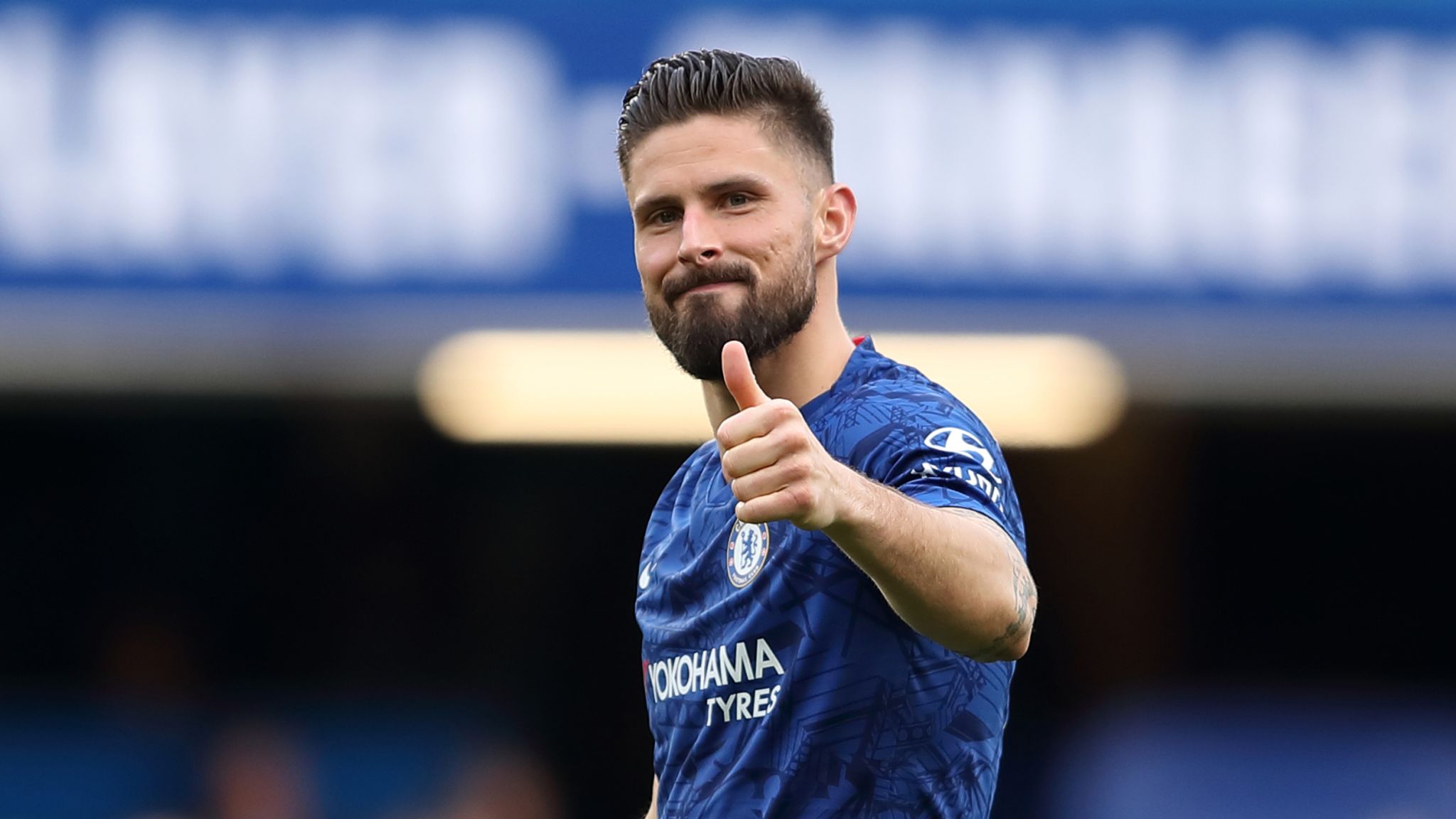 Olivier Giroud is a French professional footballer who plays as a striker for his national team and FC Milan, one of the world's most popular clubs. Giroud is well-known for his charming personality and appealing appearance. His eye color enhances his character, making him one of the most attractive footballers in 2022. He is also one of the best football strikers in the world right now. After becoming the league's leading scorer in 2010, he was named Ligue 2 Player of the Year. Giroud has made over 100 appearances for France since 2011. Participation in five major competitions is also included. He became a national hero after winning the 2018 FIFA World Cup. He also won the FA Cup as the top scorer in the 2019 Europa League. 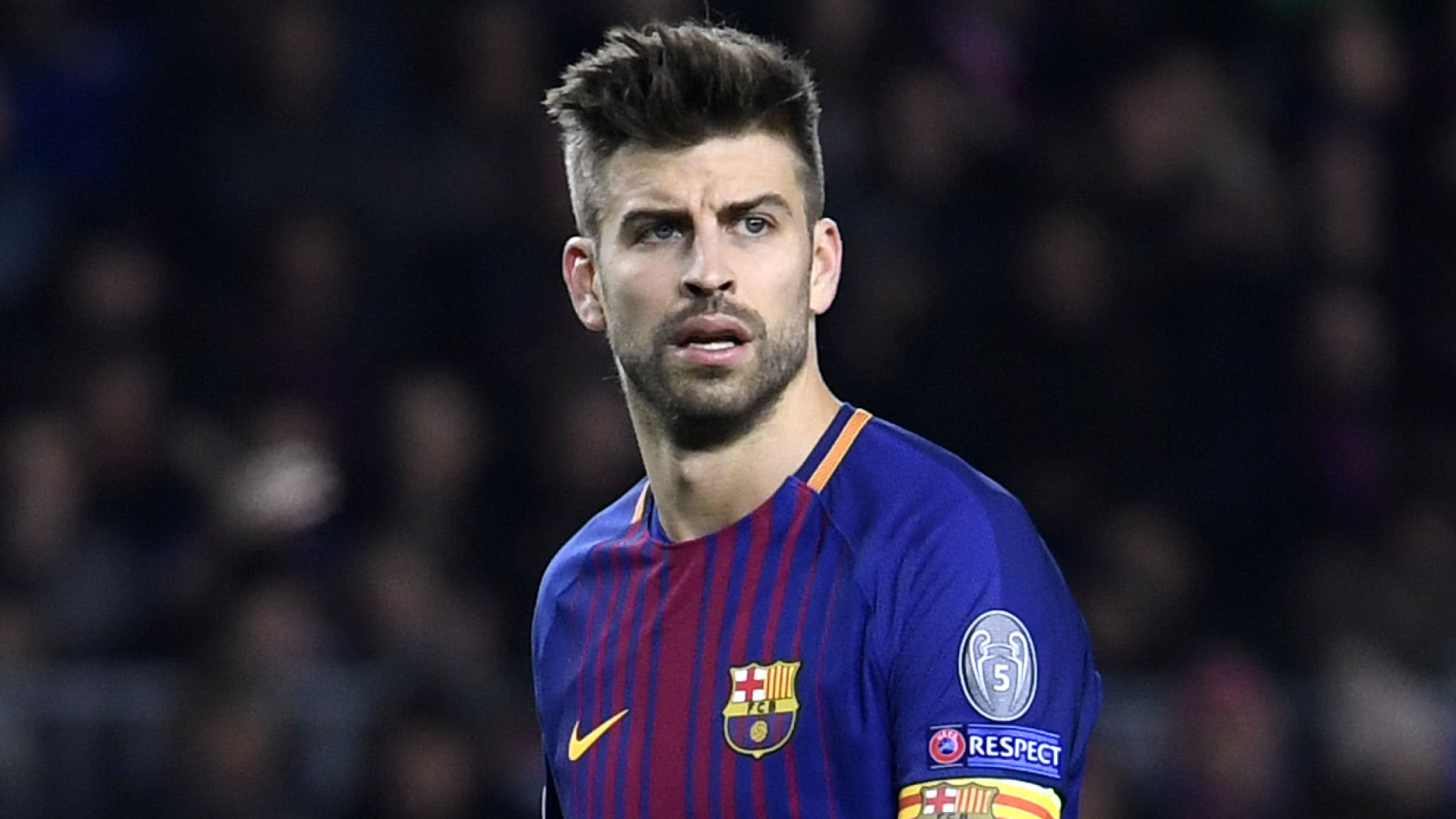 The Spanish central defender is unquestionably one of the most attractive footballers in the Premier League. He is more appealing because of his distinctive hazel eyes and blond hair. His generation regards him as one of the greatest football defenders of all time. He also tops the all-time list of the richest football defenders. Because of his attractiveness and fantastic personality, beautiful girls all over the world are drawn to him. As a result, he is one of the most handsome soccer players. 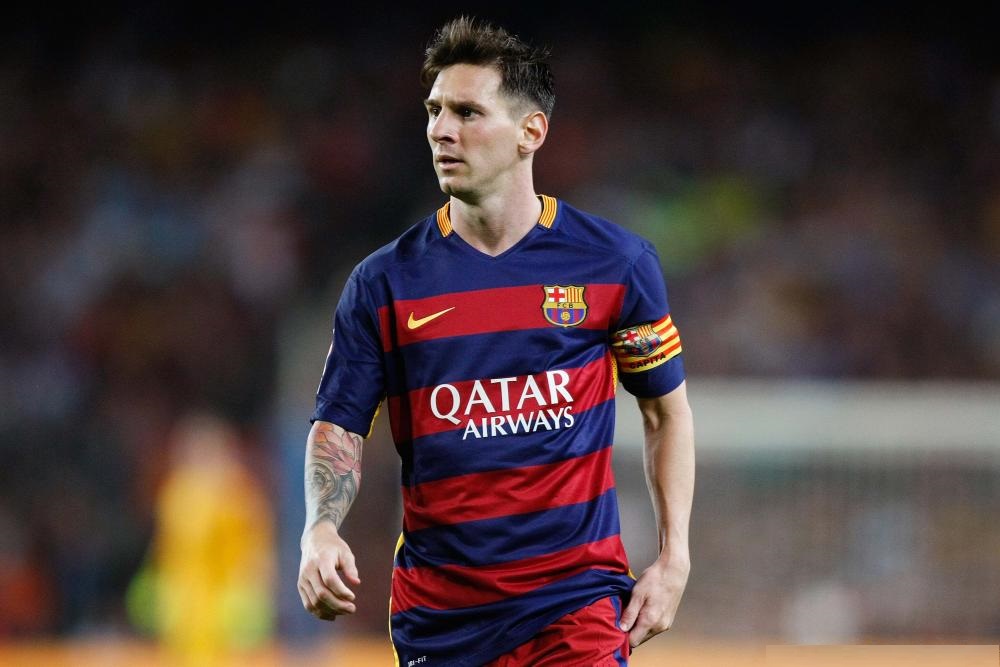 A man in blue and red soccer uniform walking

Lionel Messi is one of the greatest footballers in history, and he currently plays for Argentina's national team as well as the French football club PSG. Apart from his talent as a footballer, Messi has a charming and effective personality that has earned him the title of one of the most attractive footballers. Messi is one of the greatest football strikers of all time, and he possesses the charisma and influence that make him one of the most attractive footballers in the world today. He scored more than 750 goals for club and country in his senior team career, the most for a club player in his career. Messi is not only a favorite of football fans all over the world, but he is also one of the best players of all time. Messi has been exclusively associated with Barcelona since his professional debut. He did, however, sign a contract with PSG, a French club, in August 2022. 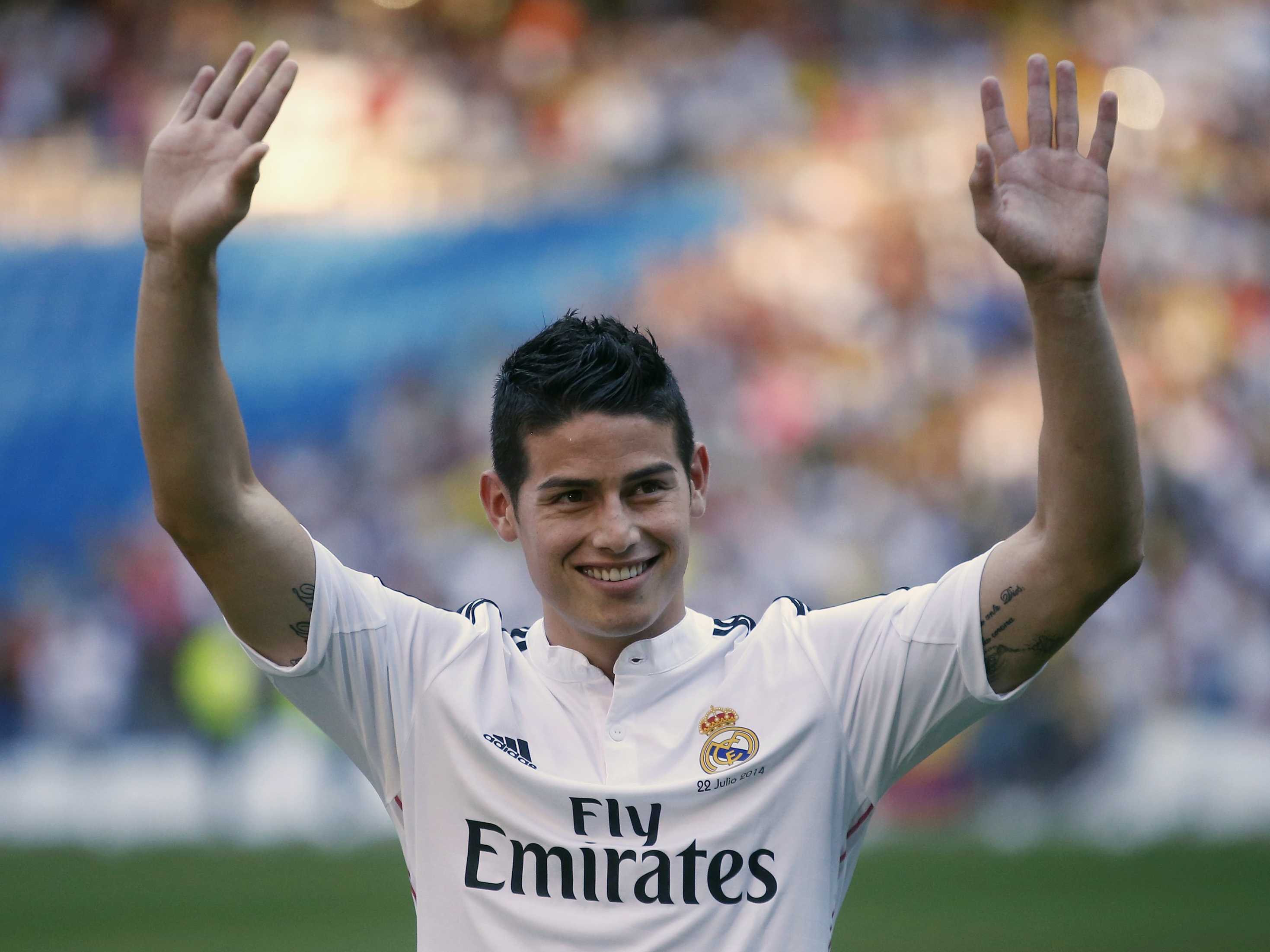 A smiling man wearing white shirt and with his hands raised

A Colombian footballer plays for Al-Rayyan and the Colombia national team as an attacking midfielder or winger. He is well-known for his attractive face and charming personality. He is also one of the most followed football players on Instagram. His most notable accomplishments include winning the Golden Boot as the tournament's top scorer in 2014 and being named to the All-Star team in 2018.

Neymar is one of the most handsome footballers, known for his outrageous personality, cheeky hairstyles, and numerous tattoos. He is a versatile player who can play as a striker, a second striker, or both on the left or right-wing. The Brazilian has 202 club goals in 83 international appearances and 53 goals. Furthermore, Neymar has become a well-known global celebrity. Neymar has been named one of the most attractive soccer players in 2022 by football fans due to his attractive personality. The Brazilian international enjoys being in the spotlight and is frequently followed by the paparazzi. Neymar is one of Paris Saint-most Germain's important players, having scored 90 goals in 117 appearances. 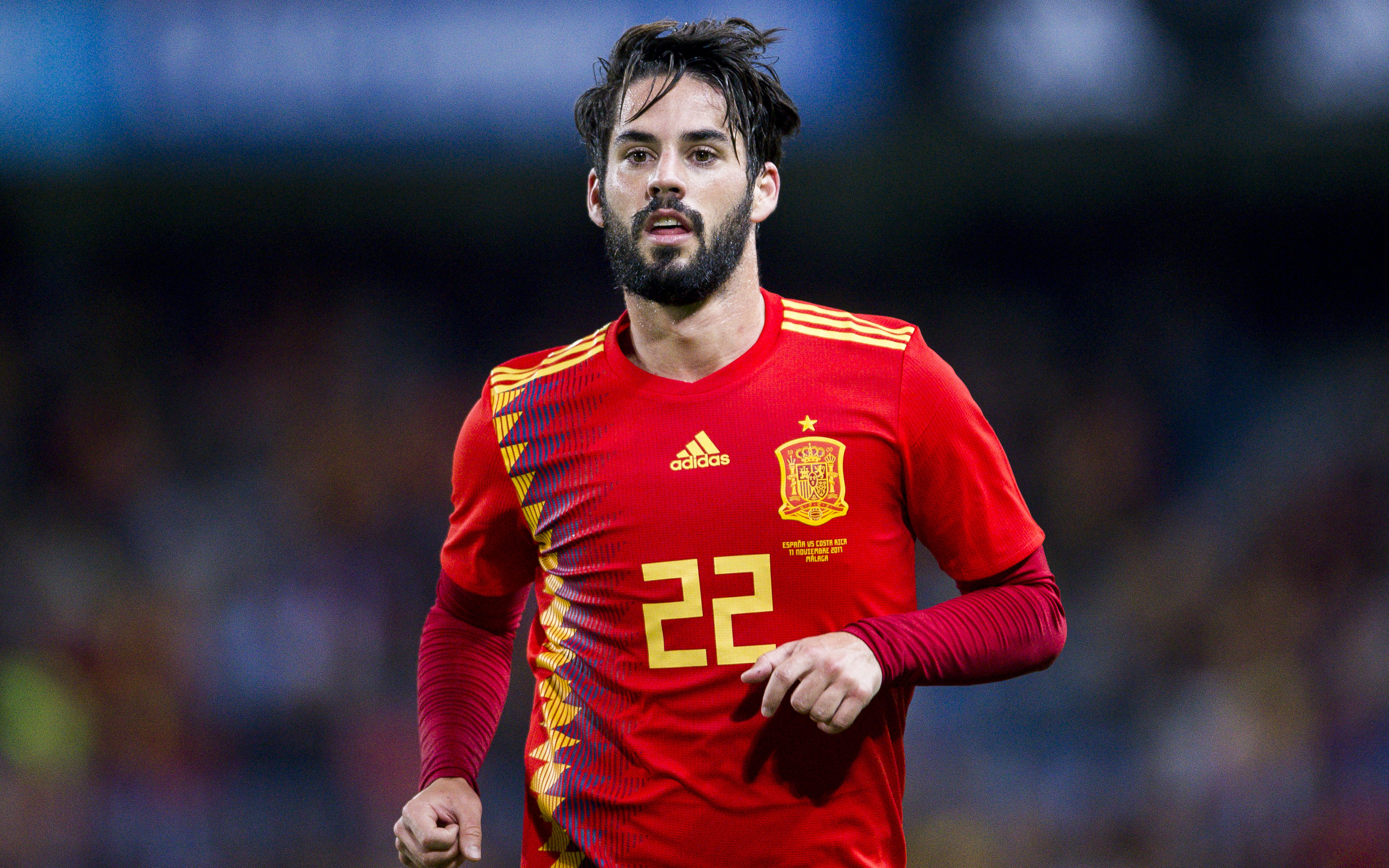 A football player that is runnning wearing a red shirt

Isco is a professional footballer from Spain who currently plays as an attacking midfielder for one of the richest football clubs in the world, Real Madrid, as well as the Spain national team. His name was included among the top 30 players in the world for 2017-2018. Isco won 16 Grand Slams during his eight years at Real Madrid, including four UEFA Champions League titles, two league titles, one Copa del Rey, and four FIFA Club World Cups. Isco from Spain has represented his country at several youth levels. He is also regarded as one of the most stylish and attractive footballers in the world as of 2022. 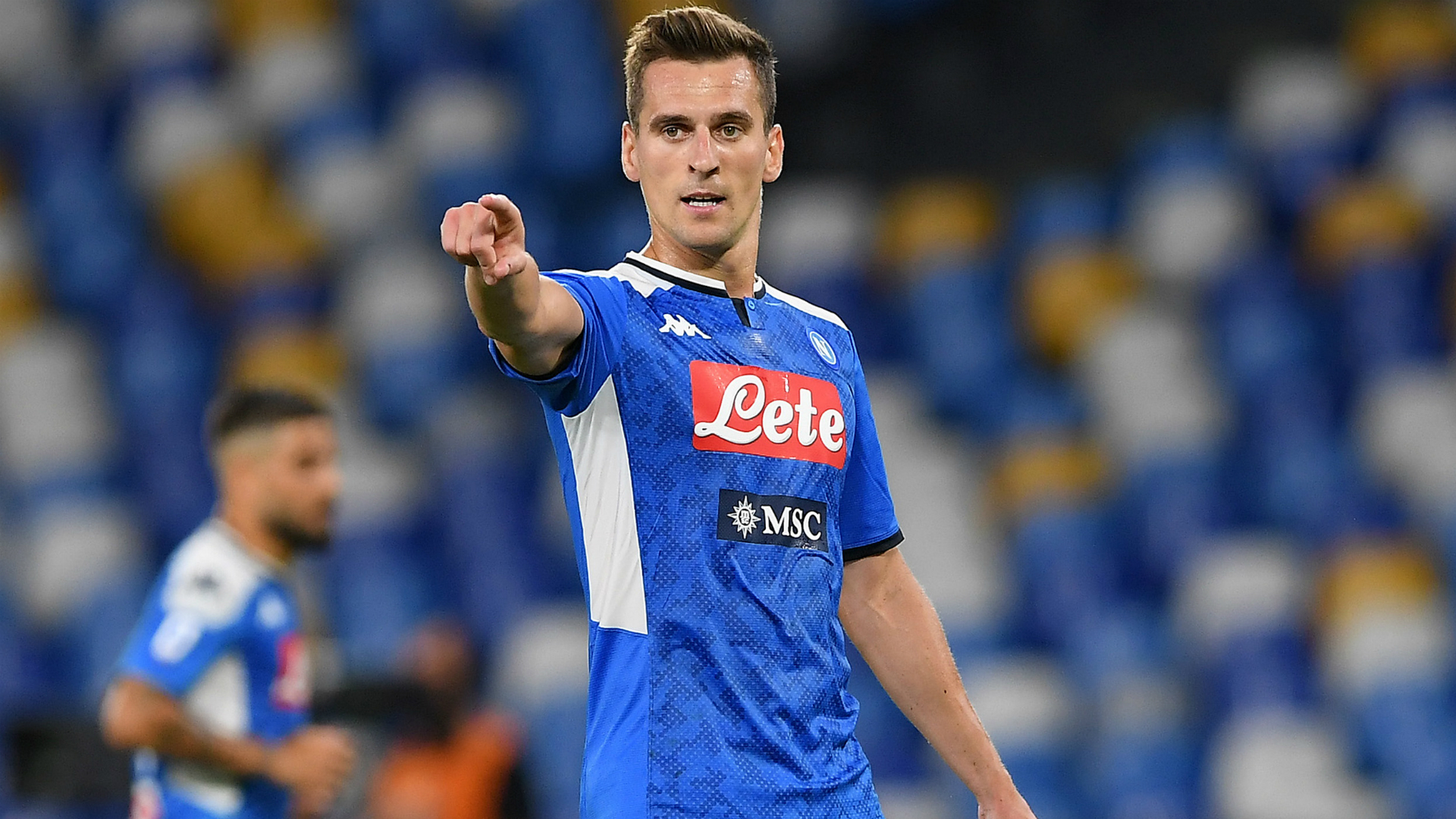 Arkadiusz Krystian Milik is a Polish footballer on loan from Napoli and the Polish national team who plays in the striker position for Marseille. Milik, a good-looking and charming footballer, has a lovely personality and is currently regarded as one of the world's most attractive soccer players. In addition, he is one of the tallest footballers in both his club and the national team. 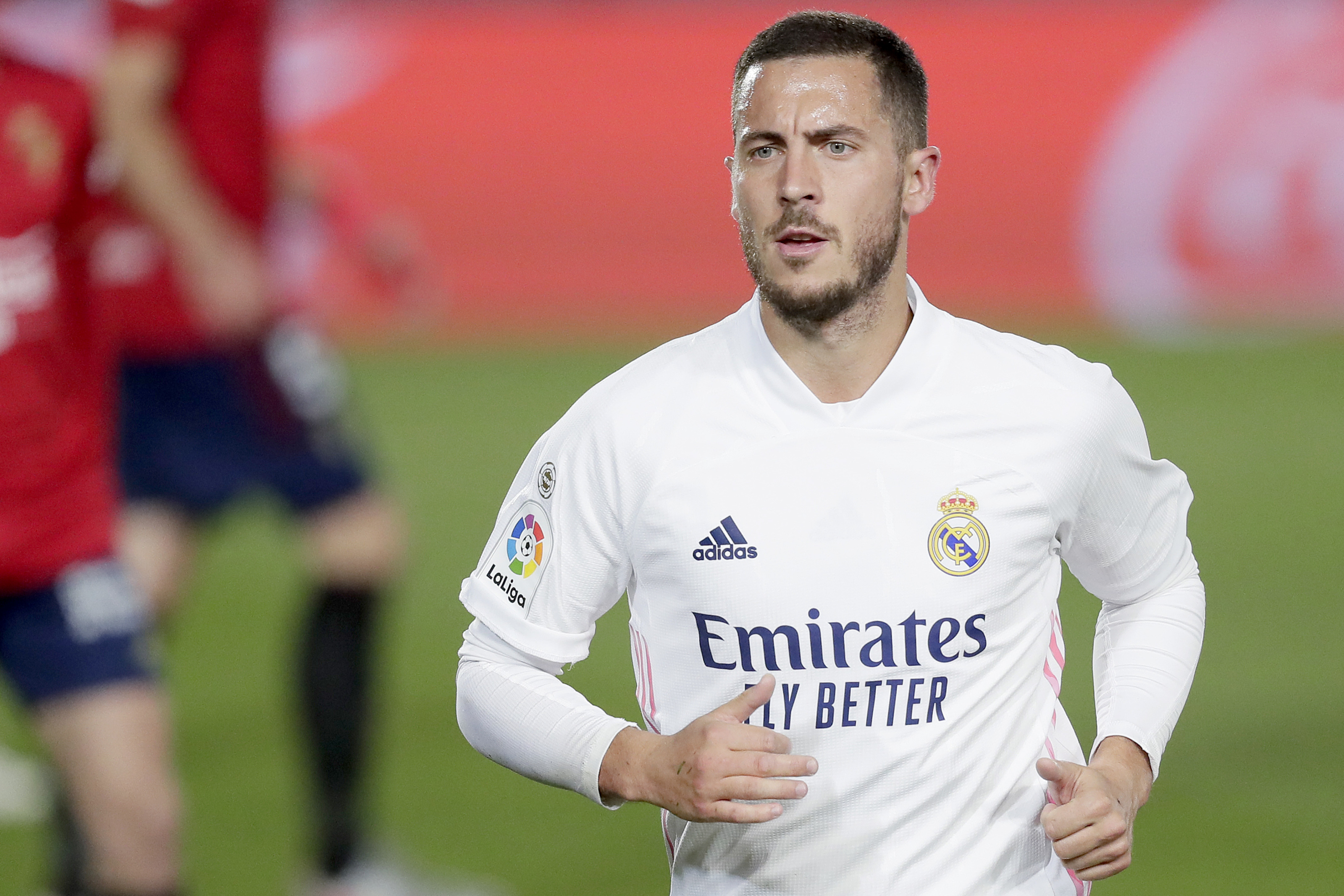 A handsome man with a beard running in the soccer field

Eden Hazard is a Belgian professional footballer who currently plays for Real Madrid in Spain. Real Madrid's Belgian national team captain can play as a winger or an attacking midfielder. He is regarded as one of the best players of his generation due to his dribbling and passing abilities. Furthermore, he is now regarded as one of the best football wingers in the world. With nearly 110 caps for the Belgian national team, he is one of the country's most experienced players. He was a member of the Belgian national team that advanced to the quarterfinals of the 2014 FIFA World Cup, the 2016 European Championships, and the 2020 European Championships. His personality, physique and blue eyes combine to make him one of the world's most handsome football players right now.