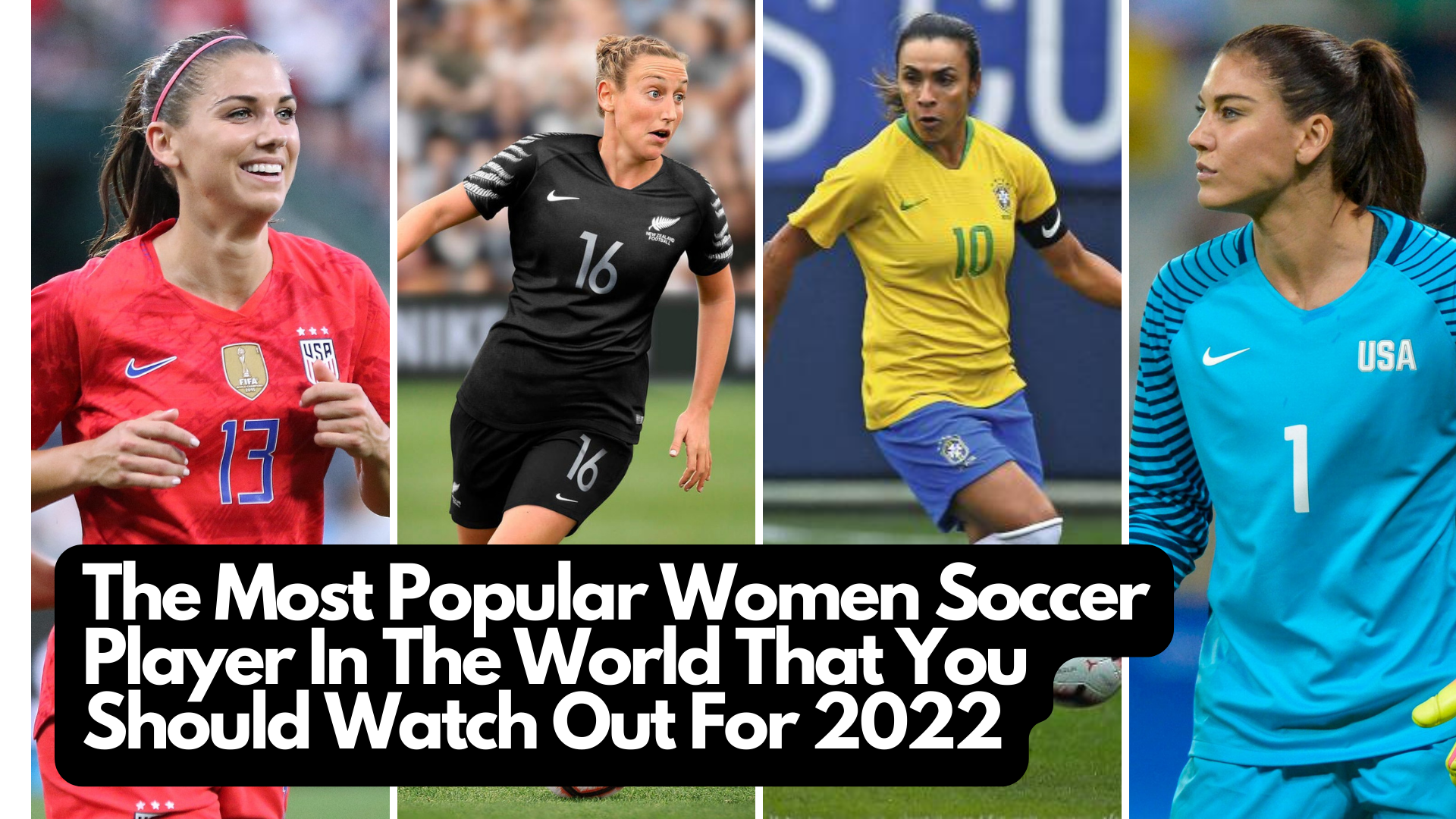 Soccer is considered as one of the most popular sports in the world by far. The sport requires speed and agility, athleticism, and toughness. This sport, which has traditionally been a male concept, has gained prominence among female athletes as well.

Although women's soccer was not as popular as men's soccer, it is now slowly gaining popularity, thanks to these sportswomen who have demonstrated their physical and mental strength, as well as their endless motivation. Women have proven over the years that they are nothing less than champions in the sport of soccer.

Because of their stunning beauty and excellent soccer skills, some of these Women's Soccer players have amassed a large fan base. Let's take a look at the world's most popular women's soccer players in 2022.

Women's soccer is capturing the sporting world's attention. More girls and women have played the game in recent years than ever before, and viewership has reached an all-time high. Women's soccer is a team sport in which women play association football. Currently, 176 national teams compete internationally at the professional level in multiple countries. The only difference is that the players on the team are all female.

The rules are the same, as is the soccer field, and as are the goalposts. The goal is simple: work with your teammates to move the ball up the field and score more goals than your opponent in 90 minutes.

Women's soccer can trace its origins back to the 1800s in the United Kingdom. In the 1920s, the "first golden age" of women's soccer, was a match that drew over 50,000 spectators. To get to where it is today, the women's game had to overcome adversity and discrimination.

Most Popular Women Soccer Players In The World In 2022

They have demonstrated the strength, skill, and concentration required to handle a soccer game and take it to the goal for a score. Some female footballers are extremely popular and have piqued the interest of sports fans. 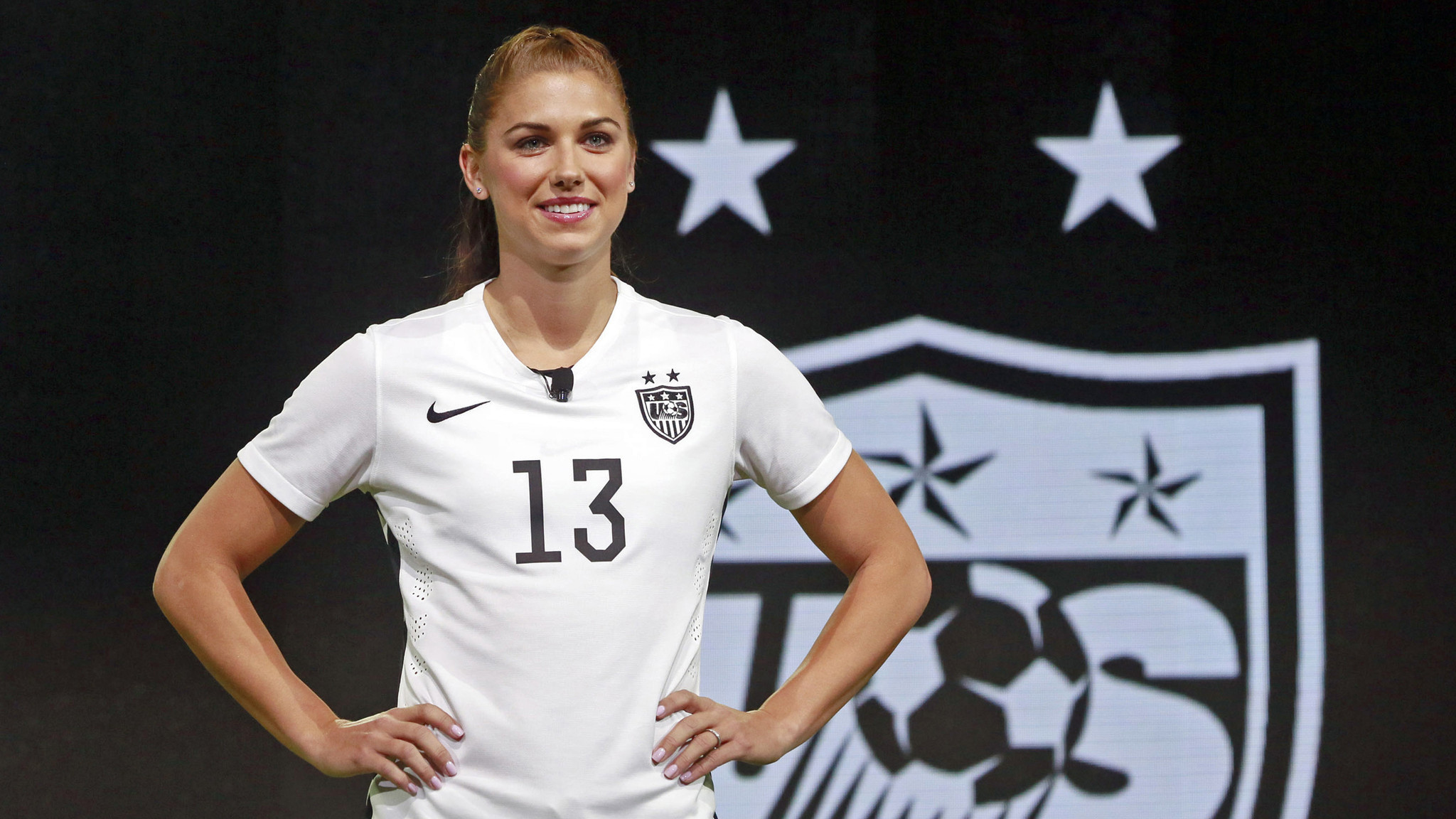 Alex Morgan, one of the wealthiest female soccer players, currently plays for the Orlando Pride of the National Women's Soccer League. In addition, she is a forward for the United States women's national soccer team. In 2012, Alex Morgan scored two goals in three appearances for the Seattle Sounders Women. In addition, from 2013 to 2015, he scored 15 goals in 36 appearances for the Portland Thorns FC. Aside from her club career, she has had 51 goals in 84 international appearances for the US national soccer team since 2010. According to soccer experts, she is the world's strongest and most beautiful soccer player. Morgan is now the mainstay of the United States national team, which is the current Olympic champion and has already won ten medals. 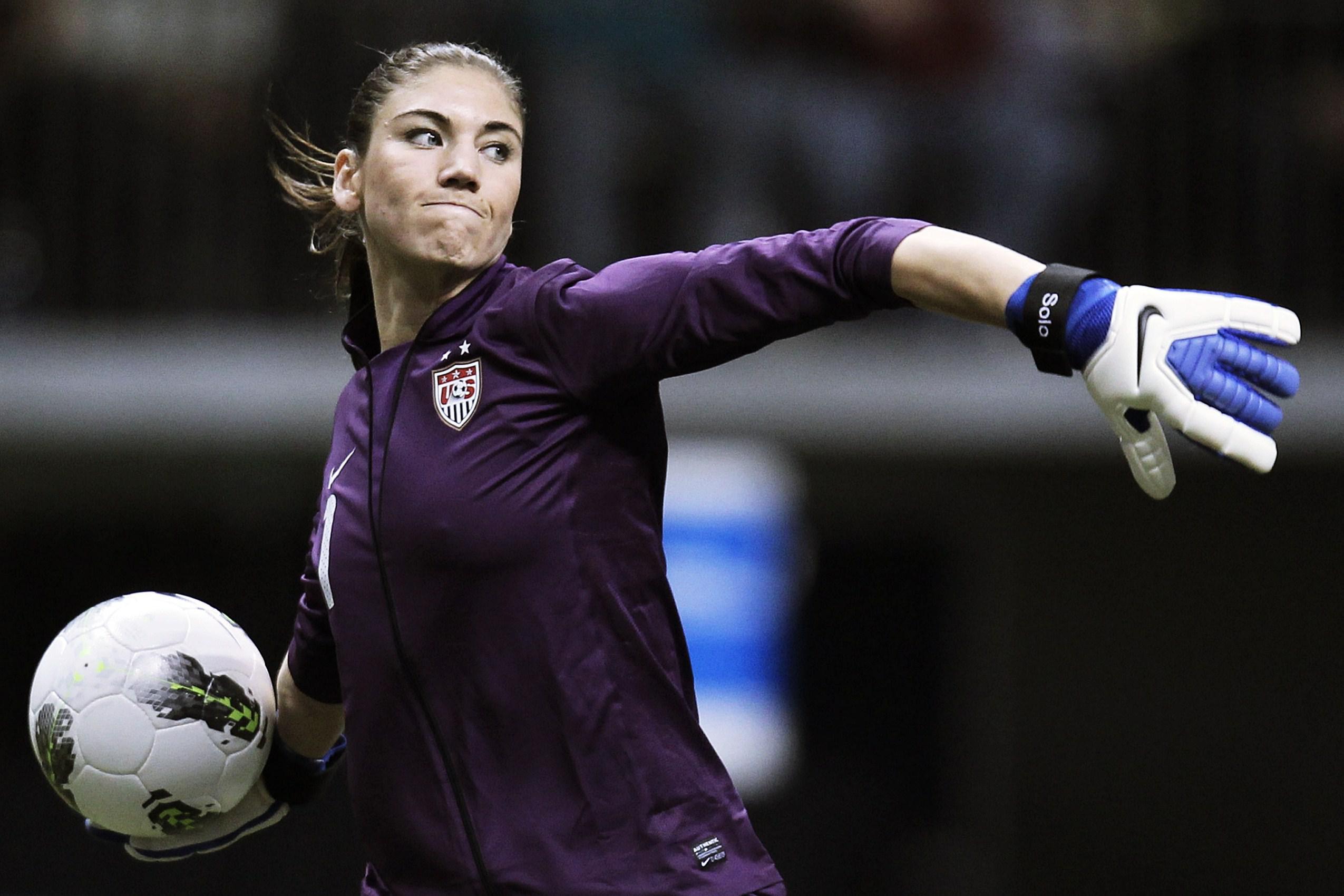 The second spot on our list is taken by another American Former Female Soccer Goalkeeper named Hope Solo. She is a former American football goalkeeper who represented the country from 2000 to 2016. Hope Solo is one of the world's most popular female football players, with over 4 million followers on Instagram, Facebook, and Twitter. For the United States, Hope Solo won the Beijing Olympics in 2008 and the London Olympics in 2012. She is also a FIFA World Cup 2015 winner for the United States of America. She made 202 appearances for America in international soccer from 2000 to 2006. She is also regarded as one of the world's best goalkeepers. Above all, Hope Solo is one of the most popular female soccer players in 2022, and her name deserves to be on this list. 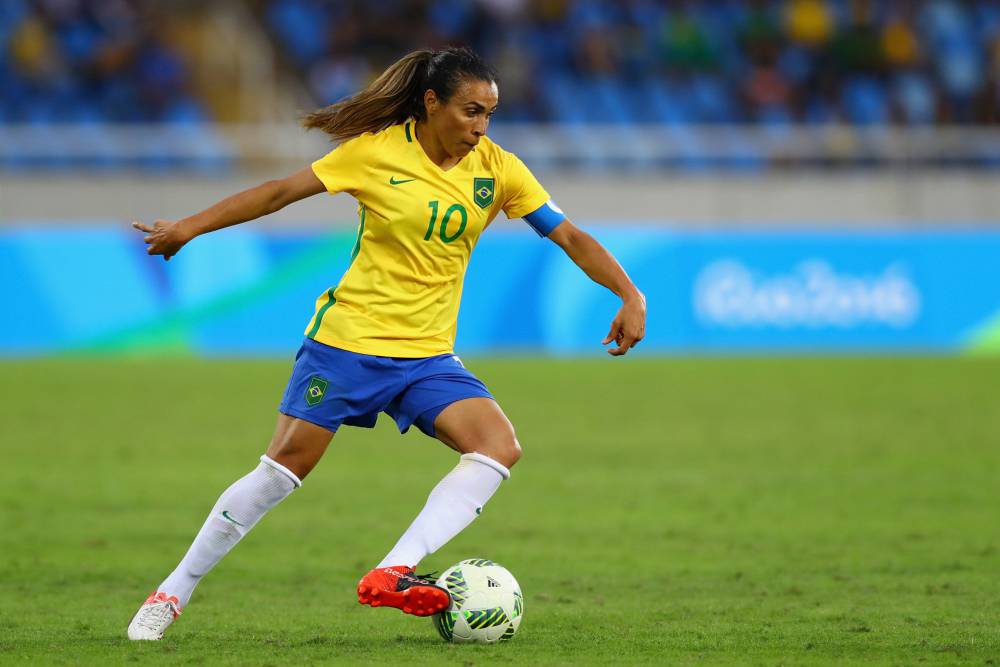 A woman playing soccer in the soccer field

Marta Vieira da Silva currently plays forward for the Orlando Pride in addition to her time with the Brazilian women's national team. Between 2006 and 2010, she was named FIFA World Player of the Year five times in a row. In the 2007 FIFA Women's World Cup, Marta won both the Golden Ball and the Golden Boot. Marta scored 24 goals in 35 games for Tyresö FF between 2012 and 2014. She also scored 23 goals in 43 appearances for FC Rosengrd between 2014 and 2017. In addition to her club career, she has 110 goals in 133 international appearances for the Brazilian national team since 2002. 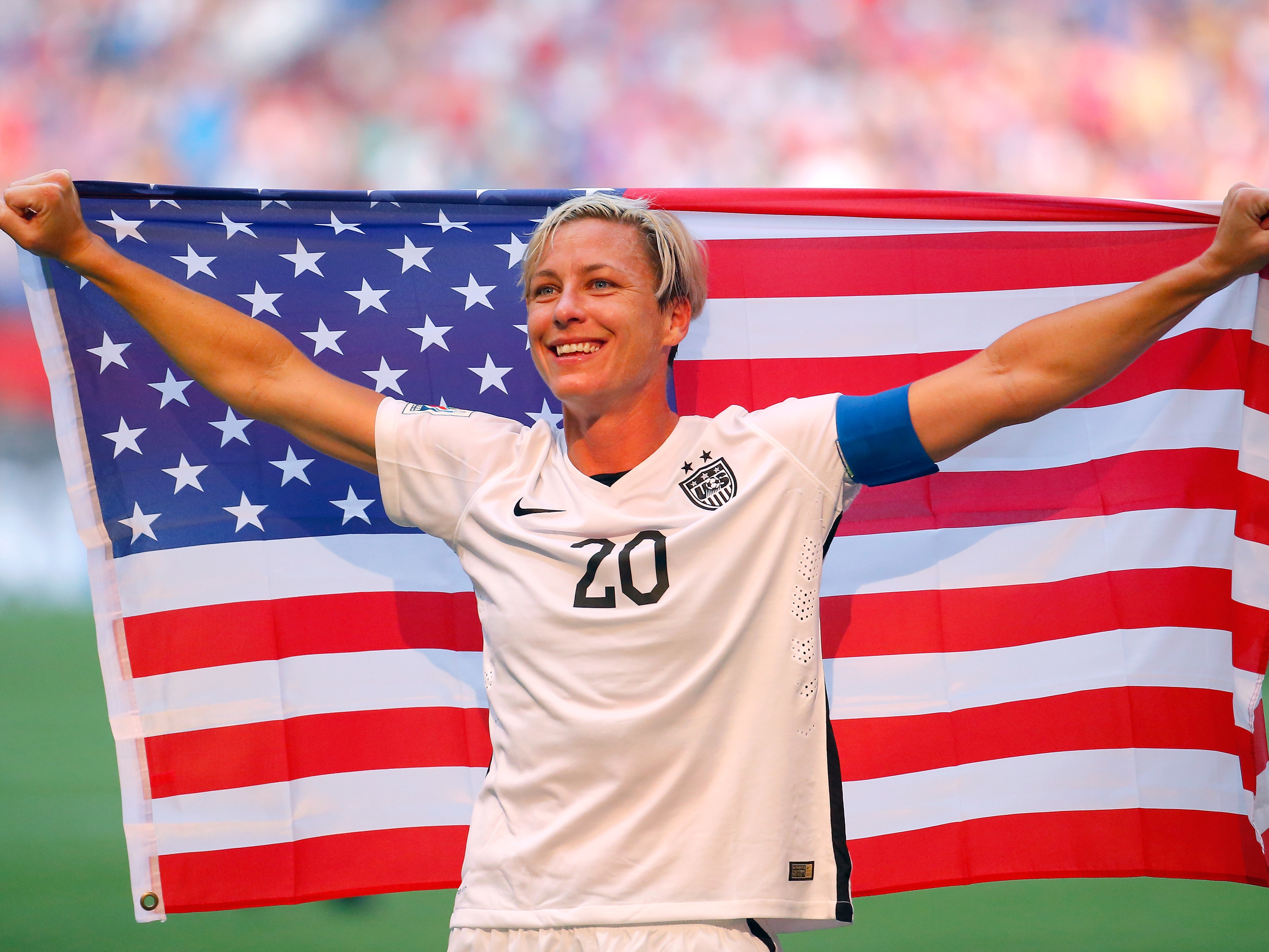 Abby Wambach, another retired female soccer player, takes the fourth spot on our list. She was an attacking forward for the Western New York Flash and the United States Women's National Soccer Team. Abby Wamback is currently the fourth most popular female soccer player in the world, with over 2.5 million fans on Facebook, Instagram, and Twitter. The Associated Press named Aby Wambach Athlete of the Year for the first time in history. Between 2001 and 2015, she made 255 appearances for the US and scored 184 goals. Above all, she is one of the world's most popular American female football players. As a result, she deserves to be on our list. 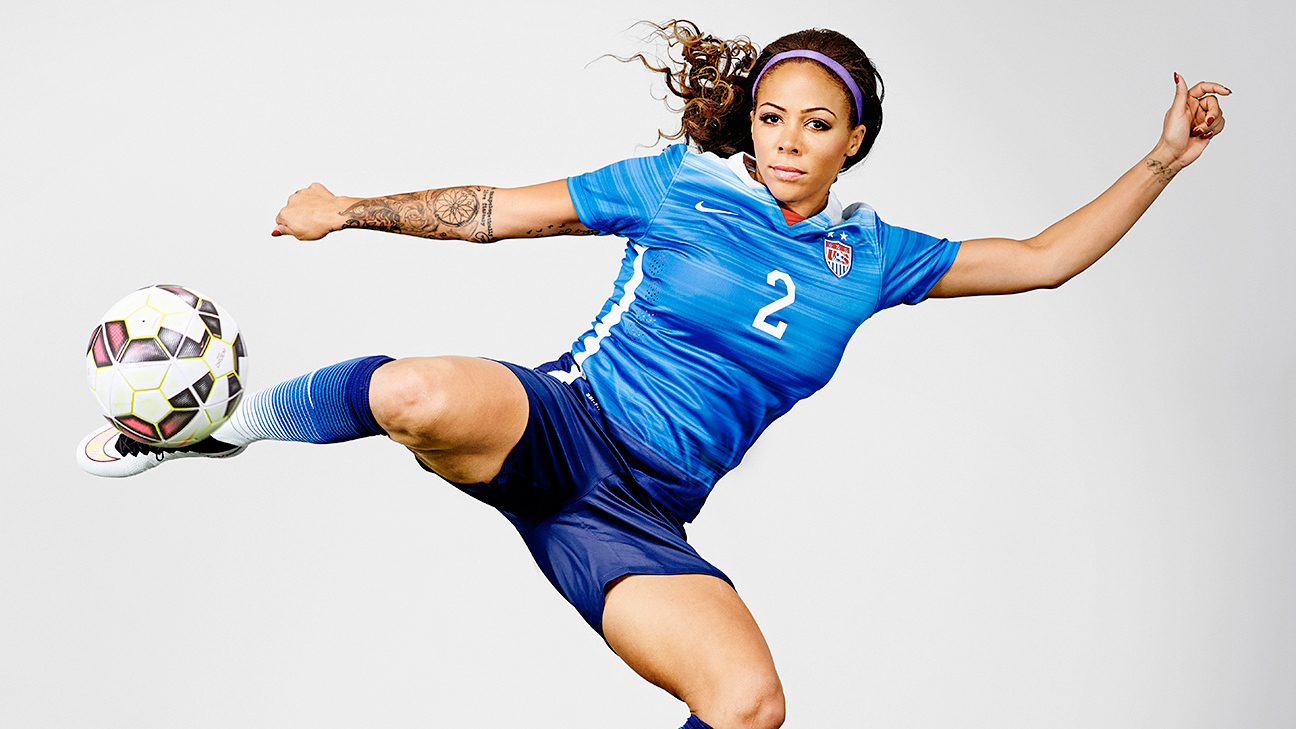 A woman in soccer uniform kicking the ball

She is a forward for the Orlando Pride of the National Women's Soccer League in addition to her time with the United States women's national soccer team. She has represented Canada at various youth competitions. In 2012, he made his debut for the United States senior national team. In 2013, Sydney Leroux scored 11 goals in 9 games for the Boston Breakers. In addition, she scored 5 goals in 22 appearances for the Seattle Reign FC in 2014. Aside from her club career, she has had 35 goals in 77 international appearances for the US national soccer team since 2011. 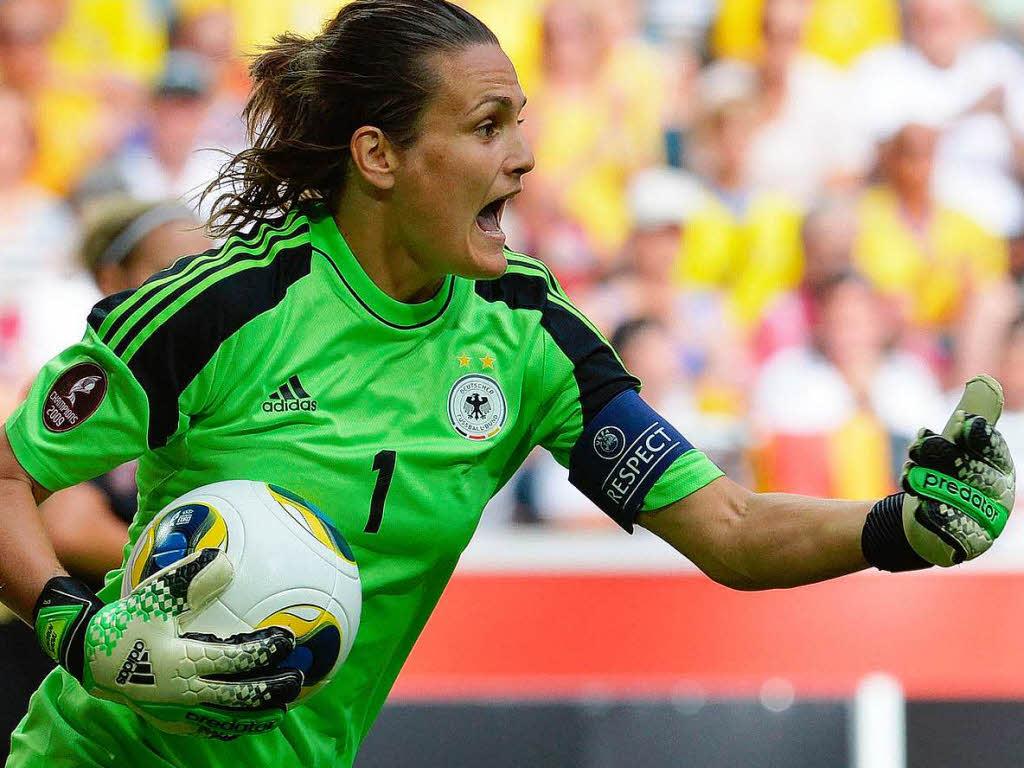 Nadine Angerer, a former German football player turned coach, joins our list at number six. She is a goalkeeper for the Portland Thorns of the National Women's Soccer League. She also represented Germany in 146 appearances from 1996 to 2015. Nadine Angerer has over 100,000 Instagram, Twitter, and Facebook followers and is the most popular German football player in the world. Angerer won the 2003 FIFA Women's World Cup for the United States and the 2007 FIFA Women's World Cup for China. She also won UEFA Championships for her teams in 1997, 2001, 2005, 2009, and 2013. She is also regarded as one of football's best female goalkeepers of all time. Above all, Nadine Angerer is one of the most well-known female soccer players in Germany. Kristine Marie Lilly Heavey, a retired American soccer player, last played professionally for the Boston Breakers in Women's Professional Soccer, in addition to her international stint with the United States women's national football team. She was a member of the US women's team for nearly 24 years. She is now ranked seventh on our list of the most popular female footballers. She then went on to score three goals in 20 games for the Boston Breakers between 2009 and 2011. She scored 130 goals in 352 international appearances for the United States national soccer team between 1987 and 2010. 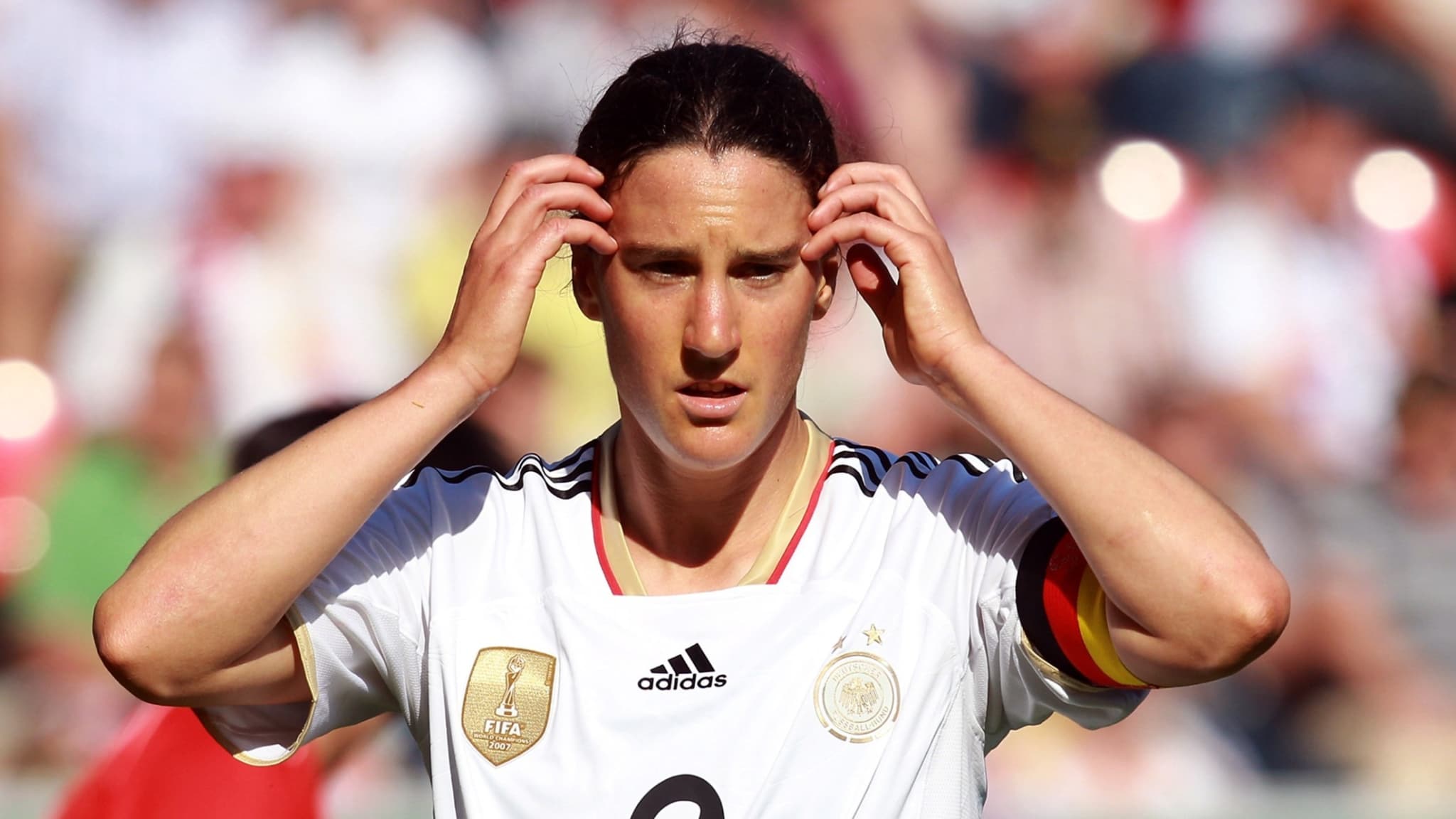 A woman in soccer uniform with her hands on her forehead

Finally, Birgit Prinz, a retired German female soccer player, takes the eighth spot on our list. Brigit Prinz was Germany's FIFA World Cup winner in 2003 and 2007. She also won the UEFA European Women's Championship for her teams in 1995, 1997, 2001, 2005, and 2009. From 1994 to 2011, she made 214 appearances for Germany, scoring 128 spectacular goals. Above all, Birgit Prinz is one of the most popular German Female Players, and her name deserves to be on this list.

Women's soccer sports are becoming increasingly popular around the world, and fans are taking notice. Though much more work needs to be done to close the gender pay gap in women's soccer, the future looks promising. With increased interest in women's soccer in recent years, the game is likely to gain more fans and popularity. Women's soccer provides young women with a fantastic and healthy outlet for their emotions, as well as a reminder that you can achieve anything if you believe you can. I hope this article on The Most Popular Women's Soccer Players In The World has helped you learn more about these incredible women.