Aside from the two diamond stud earrings on his left ear, Neymar also wears a third one, and at one time, it’s a Mickey Mouse hooped earring.

Not uncommon for male football players to wear earrings, though.

But, a Disney character earring?

Well, why not? Especially if you’re Neymar and known for flamboyance.

This trivial episode in his career made news, of course.

For an international football superstar like him, again, not uncommon (and we’re not even talking about the time he changed his haircut).

It was September 28, 2021 at the Parc des Princes, a football stadium in Paris, and Neymar was warming up with his Paris Saint-Germain (PSG) teammates. Photographers were quick to shoot him wearing the dangling diamond earring.

Not that Mickey Mouse would bring him luck at the match against Manchester City at the Union of European Football Associations (UEFA) Champions League.

Thanks to PSG’s collective effort as well as to Neymar’s celebrated skills and technique.

Despite being acknowledged as one of the best football players the world has seen, once in a while, reports would surface discussing his supposed inability to achieve his full potential as a player.

Does the lifestyle of Neymar have something to do with it, or are there other factors aside from it?

Neymar da Silva Santos Jr. has that “Jr.” (“Junior”) at the end because he was named after his father, who once happened to be a football player, too.

Neymar Junior/Neymar Jr., or more known simply as Neymar, showed his football prowess at such a young age.

In a 2012 interview for The New York Times, Emmy-winning sports journalist Sam Borden talked to Neymar Sr. to know more about his then-20-year-old son. The Brazilian national team was in New York, and Borden caught up with the father in a hotel in Manhattan.

Neymar Sr. revealed that his son was only seven when a football recruiter took interest in the child.

At 11, various teams across Brazil pursued Neymar Jr. The possibility to become part of Real Madrid FC came when he was 14.

Eventually, he went to play for the Brazilian sports club Santos FC.

In the 60 games he played for Santos at the age of 18, Neymar Jr. scored 42 goals. At 20, he achieved his 100th goal in the Campeonato Paulista, a Portuguese Football Federation-run league in São Paulo, when Santos competed against Sociedade Esportiva Palmeiras in 2012.

Not everything went smoothly, however.

He became the talk of the town, to say the least, albeit for all the ugly reasons.

And, with that said, Neymar’s capabilities as a footballer grew even further and continued to fascinate European football clubs.

Fox News reported that FC Barcelona and Real Madrid CF both approached Santos for an offer, to which they accepted but let Neymar decide which club to pick.

He chose Barcelona, where his Argentine idol, Lionel Messi, belonged at that time.

In a 2016 TV interview, as quoted by ESPN, Neymar expressed his adulation for Messi: “Football without Messi and Messi without football are not things that go together.”

At 21, he signed with Barcelona for a five-year deal.

When Barcelona made him choose between playing in the 2016-17 club season and in the Rio Olympics, he chose the latter, according to ESPN.

At the 2016 Summer Olympics in Rio de Janeiro, the then-26-year-old Neymar played for The Selecao, the Brazil national football team.

With him as captain, the team bagged the Olympic gold medal – the first one for Brazil.

After that historic triumph, Neymar made another history when Paris Saint-Germain paid Barcelona a staggering 222 million euros (approximately $263 million) to sign him up.

It’s a world record (for a male football player transfer) that remains to be beaten. 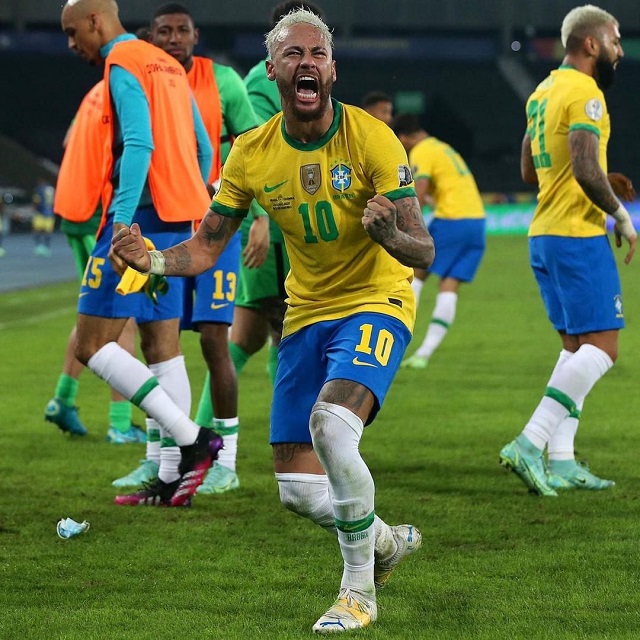 Praises for Neymar abound but often comes with a big BUT.

“Neymar is one of the best in the world,” Lionel Messi once said, quoted by The Analyst.

For The Analyst, much of his “exhilarating” football skills – from his flick ups to passing range and more – reflect Neymar’s “flamboyant personality.”

WSJ further stated that he was “marked for stardom since childhood” and “was long seen as a potential successor to Messi and Ronaldo.”

He told Goal.com that Neymar “could do more” – even win the Ballon d’Or (Golden Ball) football award – if he’d just be able to “manage his life better.”

A January 2022 Mirror article mentioned Neymar’s love for Paris nightlife and his penchant for partying and how they tend to affect his physical condition.

In April 2022, Spanish sports site Marca reported that the Qatari owners of Paris Saint-Germain “have grown sick and tired of his glamorous lifestyle.”

The Evening Standard wrote that Neymar’s “excessively ostentatious lifestyle” works against him – among other issues.

In 2019, after losing in the Coupe de France to Stade Rennais FC, Neymar allegedly jabbed one spectator.

That incident earned him a reprimand from Thomas Tuchel, the PSG coach at that time, reported ESPN. Worse, Adenor Leonardo Bacchi, AKA Tite, the coach of the Brazil national football team, took the captaincy from him and gave it to Dani Alves.

In a 2018 report by Marca, Neymar received harsh criticisms from the way he played in a match between Brazil and Switzerland.

Ribeiro said that he should have not been allowed to play in that match and called him “a complete disaster.”

“Neymar tried to win the game on his own and he failed,” he further said.

Elias added: “He was selfish on the pitch . . . forgot to play as a team and kept the ball.”

With no efforts for teamwork, described the way Neymar played as “vulgar football.”

As of this writing, Neymar has so far played professionally for three clubs.

Here’s a summary, per aworldofsoccer.com, plus some statistics (as of December 25, 2021):

The following has been the positions he held over the years (from recent to past): 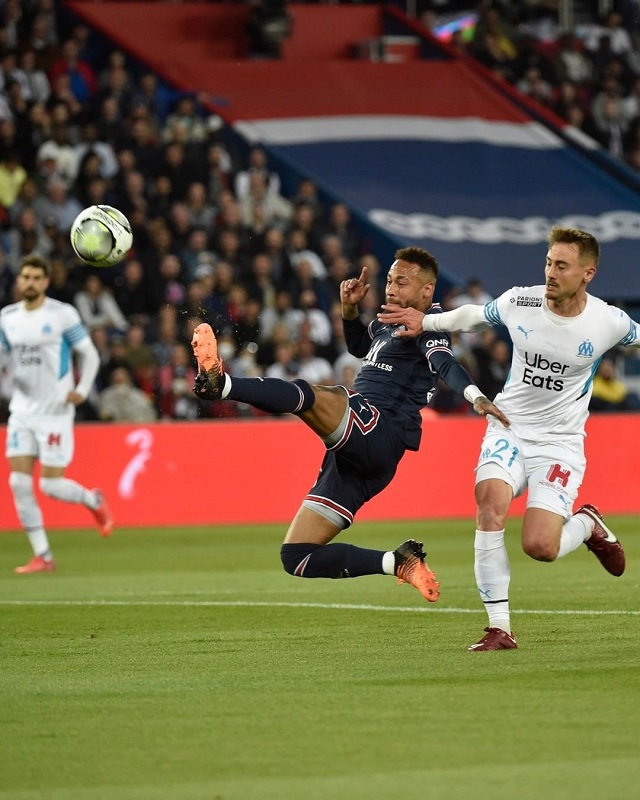 If there’s another thing that Neymar has to endure aside from the emotional anguish caused by all the criticisms thrown at him personally and professionally, that’ll be physical injury.

From September 2017 through January 2022, the 5-foot-9, 30-year-old Brazilian forward missed a total of 96 games because of injury, according to Goal.com.

These injuries often involved his:

Per ESPN, an injury Neymar sustained when he was 25 at the 2014 FIFA World Cup nearly crippled him for good.

Was Neymar Born Rich Or Poor?

Neymar came from a poor family in Brazil.

His father needed to have three jobs (salesman, mechanic, laborer, reported The Times) to support the family.

He builds up on his wealth through his football career, and as of 2021, per Forbes, his net worth reached $95 million.

With his current contract (will end in 2025) with Paris Saint-Germain Neymar makes – now hold your breath – 735,000 euros per week, according to ESPN.

Mirror reported that Neymar earned 105 million euros from his Nike endorsements. Forbes said that Puma – he signed a contract in 2020 – pays him approximately 25 million euros per year. 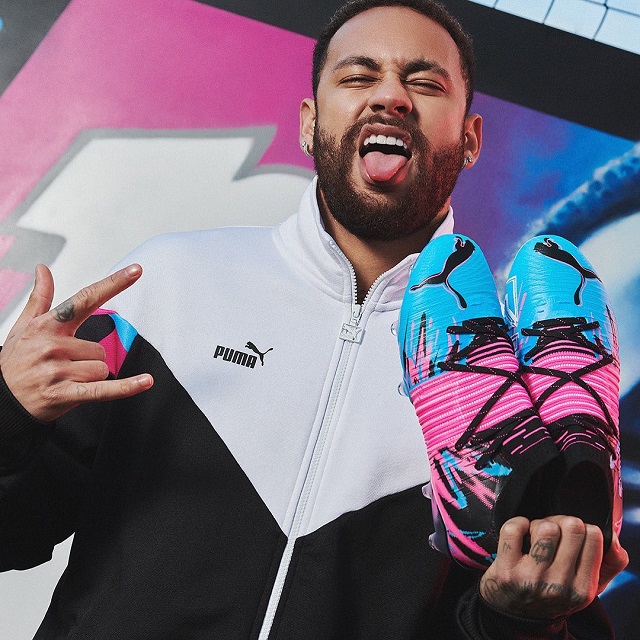 Tattooed on the left side of the neck of Neymar is a maxim in Portuguese: “Tudo Passa” (“everything passes”).

“I just wanted to play,” Neymar once said in an interview when he was in New Jersey, as quoted by The New York Times.

Perhaps Neymar will capitalize on his learning experience to prove his worth once more in the field.