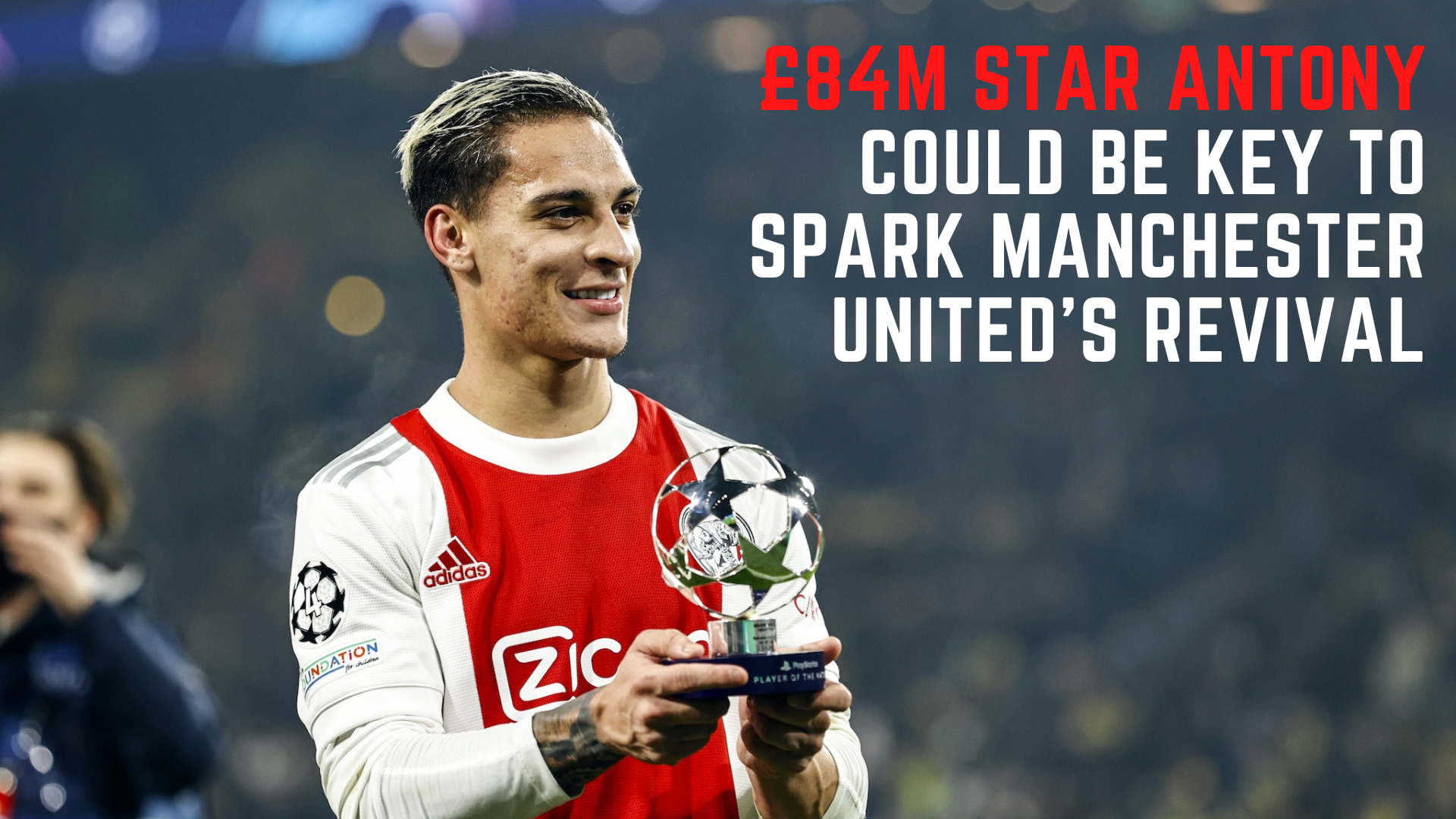 £84M Star Antony was paid by Manchester United in the hope that he would be the key to Erik ten Hag's revolution.

Antony Matheus dos Santos, the son of a locksmith from Sao Paulo, is expected to join United this week for £84 million.

Ten Hag is familiar with Antony from their time together at Ajax.

It is a heavy burden, but the 22-year-old Brazilian is used to carrying the weight of expectation on his shoulders.

'In Antony's case, the sky is the limit; who knows how far this player can develop,' said one of his former coaches, Andre Jardine, who worked with him during his formative years at the prestigious Sao Paulo academy and later with Brazil's Olympic squad.

Jardine told Globo Esporte in February that he expected to move from Amsterdam to one of Europe's top leagues.

‘I believe he will leave Ajax, and it won’t take long,’ he said. ‘He’s going to an even bigger club in Europe and his path in the national team is just beginning he can be an important player for Brazil in the next three World Cups and it will be cool to see what he achieves. It will depend on his appetite to keep growing.’ 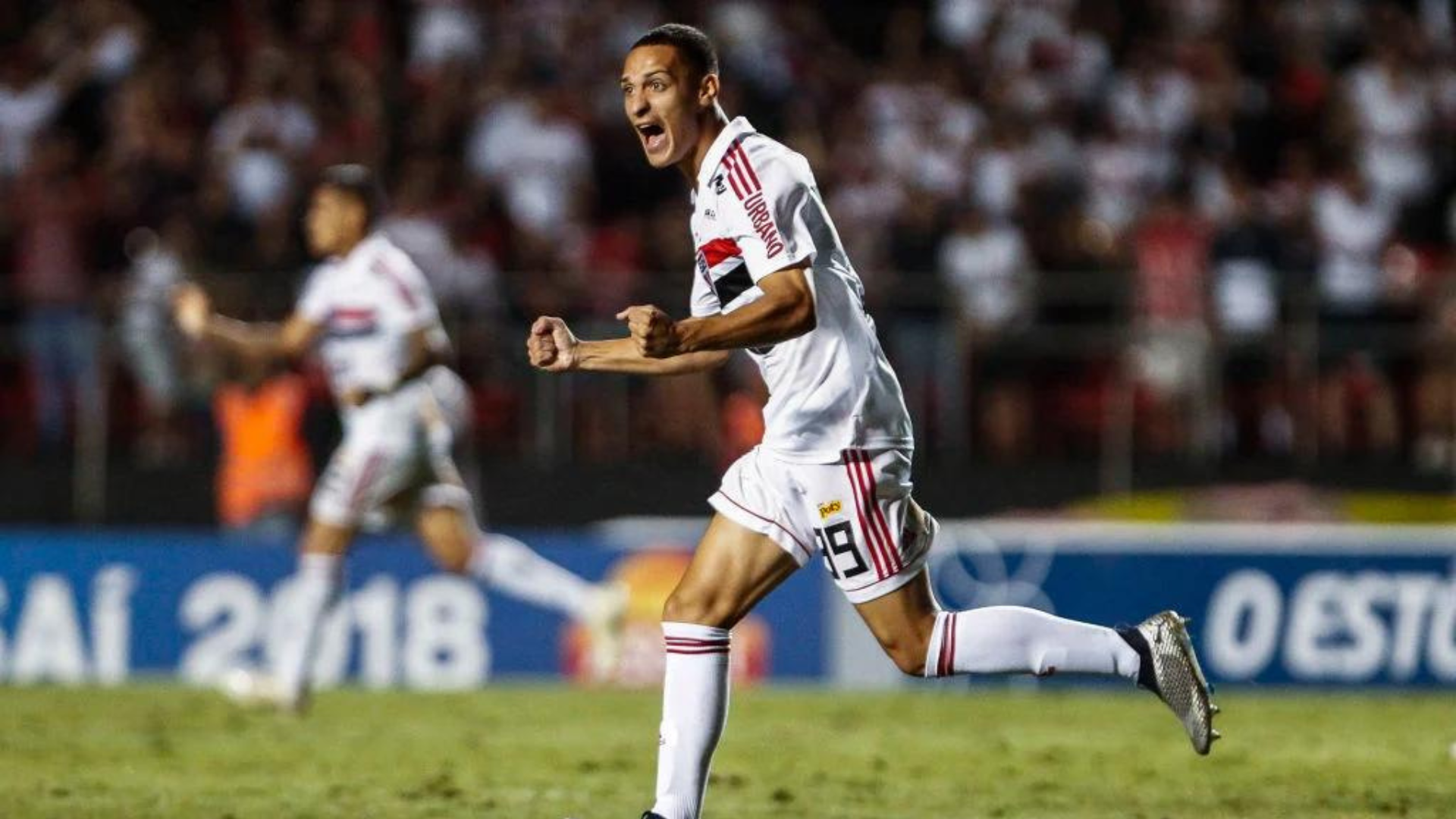 Antony Matheus shouting while running in the football field

Antony was born in Osasco, Sao Paulo state, the hometown of Manchester City's Ederson and Real Madrid's Rodrygo, and grew up in a favela called Jardim Veloso.

After eight years in the club's academy, he was promoted to the senior squad at the age of 18 and, a year later, he caught the eye playing in the Copa Sao Paulo de Futebol Junior, an Under 20s tournament that has launched many Brazilian stars, including Neymar, Gabriel Jesus, and Vinicius Junior.

He was named the competition's best player in 2019, and his development accelerated under Jardine's tutelage.

‘At Sao Paulo, I got on his case and he knew he had to improve,’ said Jardine, who is now coaching Atletico San Luis in Mexico, ‘I made him finish more, asked him to cross with his right foot and work more than the others.

‘That helps to raise the player’s awareness but when he went to Europe I could see he had matured as a person and sought this as his personal goal.

‘Last time we spoke, he told me he was still working on his finishing.

I always told him it was the trait missing if he was to be a complete player.

Then, in training, I could see he was picking up the ball better, shooting more.’ 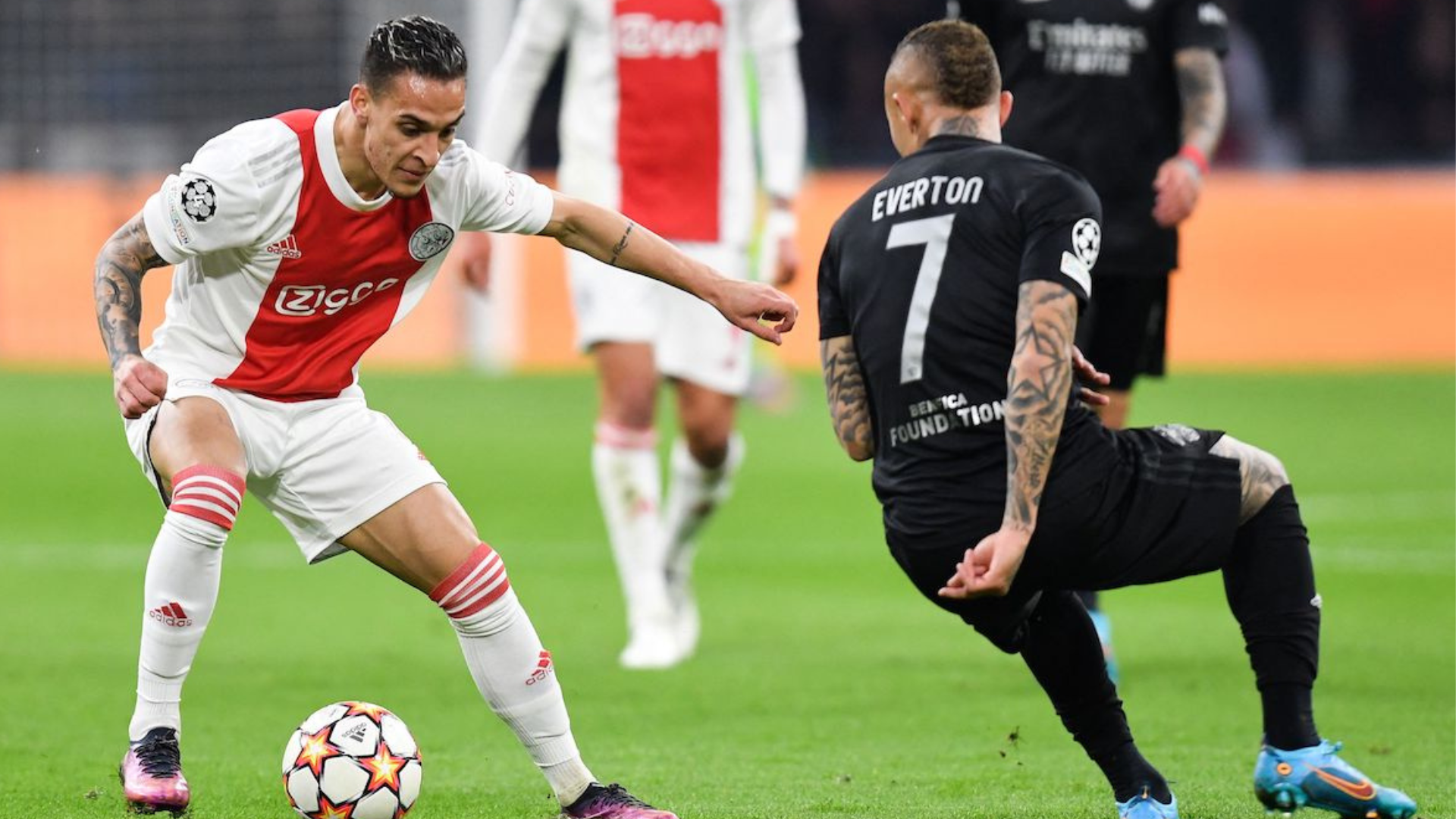 Antony Matheus playing football in the field along with other players

If Antony has a flaw, it is that he could score more goals, but he is the epitome of a modern winger.

He has great speed and technical dribbling ability, allowing him to break through the lines, and he is willing and able to press hard.

Because he likes to dribble inside and threaten the goal with shots from his left foot, his natural position at United would be on the right side of the attack.

Ten Hag quickly trusted him after Ajax signed him at the age of 19 for £13 million plus add-ons from Sao Paulo.

They went on to win the Eredivisie twice and the Dutch Cup together.

Antony scored 25 goals in 82 club games, fulfilled a childhood dream by playing in the Champions League, and started all six games as Brazil won gold in Tokyo.

In October, he scored his first international goal just 15 minutes into his debut against Venezuela.

Antony has been a fixture in Tite's squad ever since, and he looks set to play in this winter's World Cup in Qatar.

Nonetheless, the size of his transfer fee exceeded all expectations in Brazil, where Sao Paulo is entitled to a 20 percent cut of any profit made by Ajax on the deal, which is estimated to be around £16 million.

They were beginning to worry that the windfall would not materialize this year because Ajax was resisting, effectively pricing him out of a move.

They eventually received a record fee in Dutch football.

In conclusion, £84M Star Antony carries a lot of weight on his shoulders because Manchester United has high hopes for him.

Is he a good deal and worth the money?

That is a question being asked in Brazil right now because Barcelona signed Raphinha from Leeds for around £30 million less, but Antony has never failed to make a step up in his career.

Ten Hag believes he can do it again and unlock United's future.