Premier League and Women's Super League pay tribute to Queen Elizabeth II as the competition returned to weekend action for the first time since her death.

All of last weekend's games were canceled after the queen died on September 8 at the age of 96. As a result, there were seven games played this weekend.

A minute's silence was followed by a rendition of God Save the King in the Premier League, while tributes were also observed at games on the opening weekend of the Women's Super League.

There was also a moment of silence before Liverpool's Champions League match against Ajax on Tuesday, September 13.

The moments of respect continued into the game. Fans held a minute's applause for 70 minutes, as they had in previous stadiums across the country, to commemorate the Queen's reign of 70 years.

As football continues to pay tribute to the Queen, a minute's silence was observed before all Premier League and Women's Super League games on the opening weekend of the season.

The United Kingdom is currently in mourning following Queen Elizabeth II's death earlier this month at the age of 96. The Queen died at her Balmoral estate in Scotland, ending Her Majesty's 70-year reign as the United Kingdom's monarch.

Since her death, football has paid tribute to the beloved monarch. As a mark of respect, all fixtures, including grassroots, were postponed. The start of the WSL season was also pushed back by a week due to the Queen's death.

The new season began with a game between Arsenal and Brighton, which ended in a 4-0 victory for the Gunners. A minute of silence was observed before the game by both sets of players and the capacity crowd inside Meadow Park.

In the 70th minute, the audience stood to applaud to commemorate the Queen's 70-year reign. Her Majesty's son, King Charles III, has ascended to the throne in her place.

At this weekend's other WSL games, including Manchester United's 4-0 win over Reading at Leigh Sports Village on Saturday afternoon, fans observed a minute's silence and applauded the Queen in the 70th minute.

While tributes to the Queen were paid throughout the UK, Dundee United says they are "aware of the actions of a small section of the crowd" who disrupted a minute's silence before their Scottish Premiership match against Rangers.

On September 18, chants from the away end interrupted a minute's applause at St Mirren's Scottish Premiership match against Celtic.

The minute's silence was broken up by boos at Everton and was cut short, but the vast majority observed the tribute.

Three games were postponed due to policing issues: Crystal Palace at Brighton, Leeds at Manchester United, and Chelsea at home to Liverpool. Resources were diverted to preparations for the state funeral.

David Beckham Tribute To The Queen 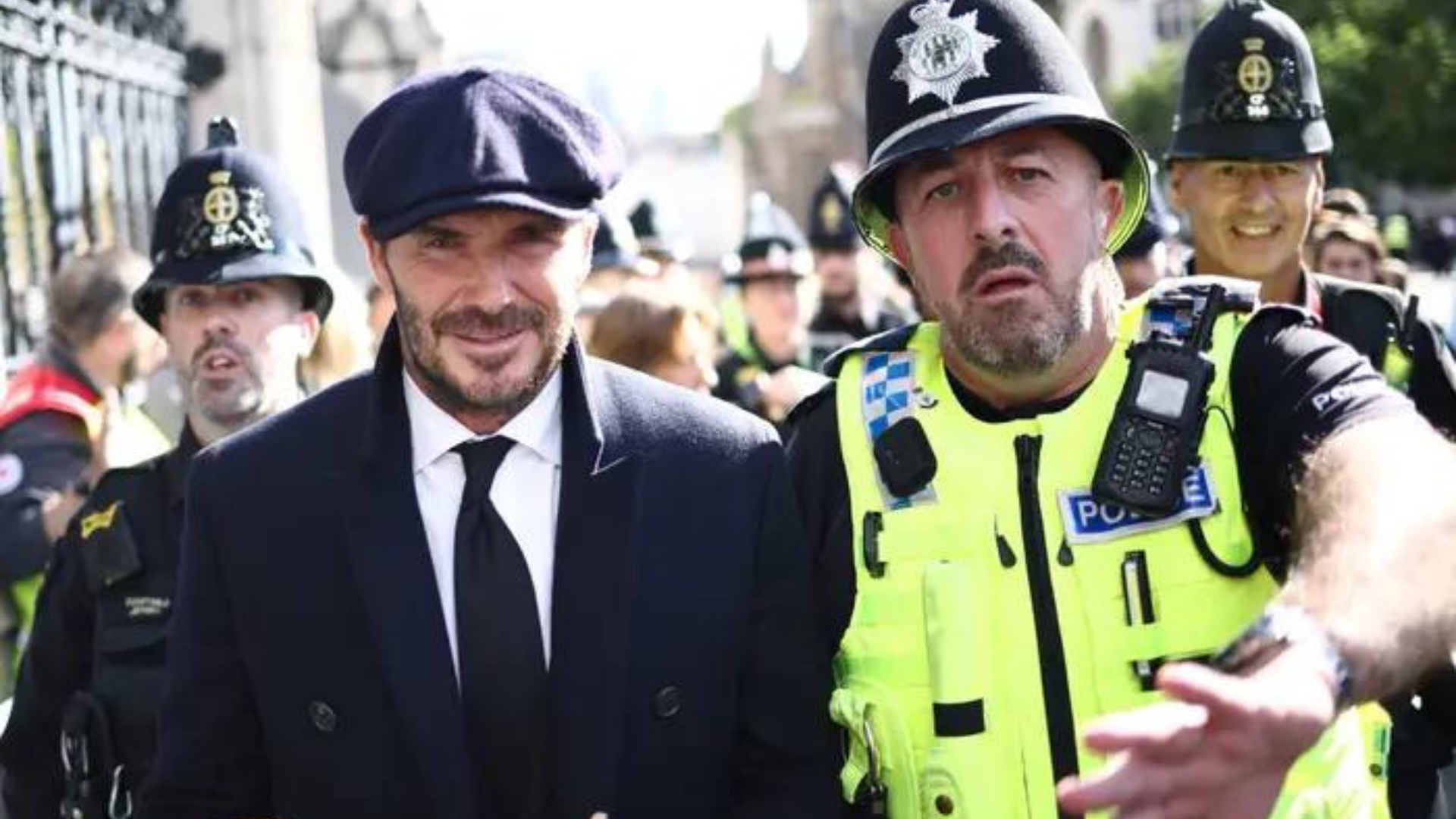 David Beckham was among the mourners who waited in line for hours to see Queen Elizabeth II's lying-in-state at Westminster Hall.

Beckham was awarded an OBE, Order of the British Empire, by Queen Elizabeth in 2003 for his contributions to football.

The former England captain reportedly stood in line for more than 12 hours on Friday to pay tribute to the Queen, who died last week at the age of 96.

I grew up in a household of royalists. If my grandparents would have been here today, I know they would have wanted to be here. So I'm here on their behalf, and on behalf of my family, and to celebrate with everybody else here,

Beckham's walk through Westminster Hall was streamed live, and the British athlete appeared emotional as he wiped away tears. He added;

"The most special moment for me was to receive my OBE. I took my grandparents with me, who were the ones that really brought me up to be a huge royalist and a fan of the royal family, and obviously, I had my wife there as well," he shared. "To step up, to get my honor, but then also Her Majesty, to ask questions, to talk, I was so lucky that I was able to have a few moments like that in my life, to be around Her Majesty. Because we can all see with the love that has been shown, how special she is and how special she was and the legacy that she leaves behind."

Queen Elizabeth II, the United Kingdom's longest-serving monarch, died at the age of 96. Sports celebrities from all over the world have paid tribute to her.

Premier League and Women's Super League paid tribute to the Queen's passing. It was a moving day in London, where football's divisions were set aside for a moment to pay tribute to someone who had been a constant in the lives of the majority of those present. Football is a game of rivalries, but some events are more significant than others.