Roger Federer To Retire From Tennis After Next Week's Laver Cup 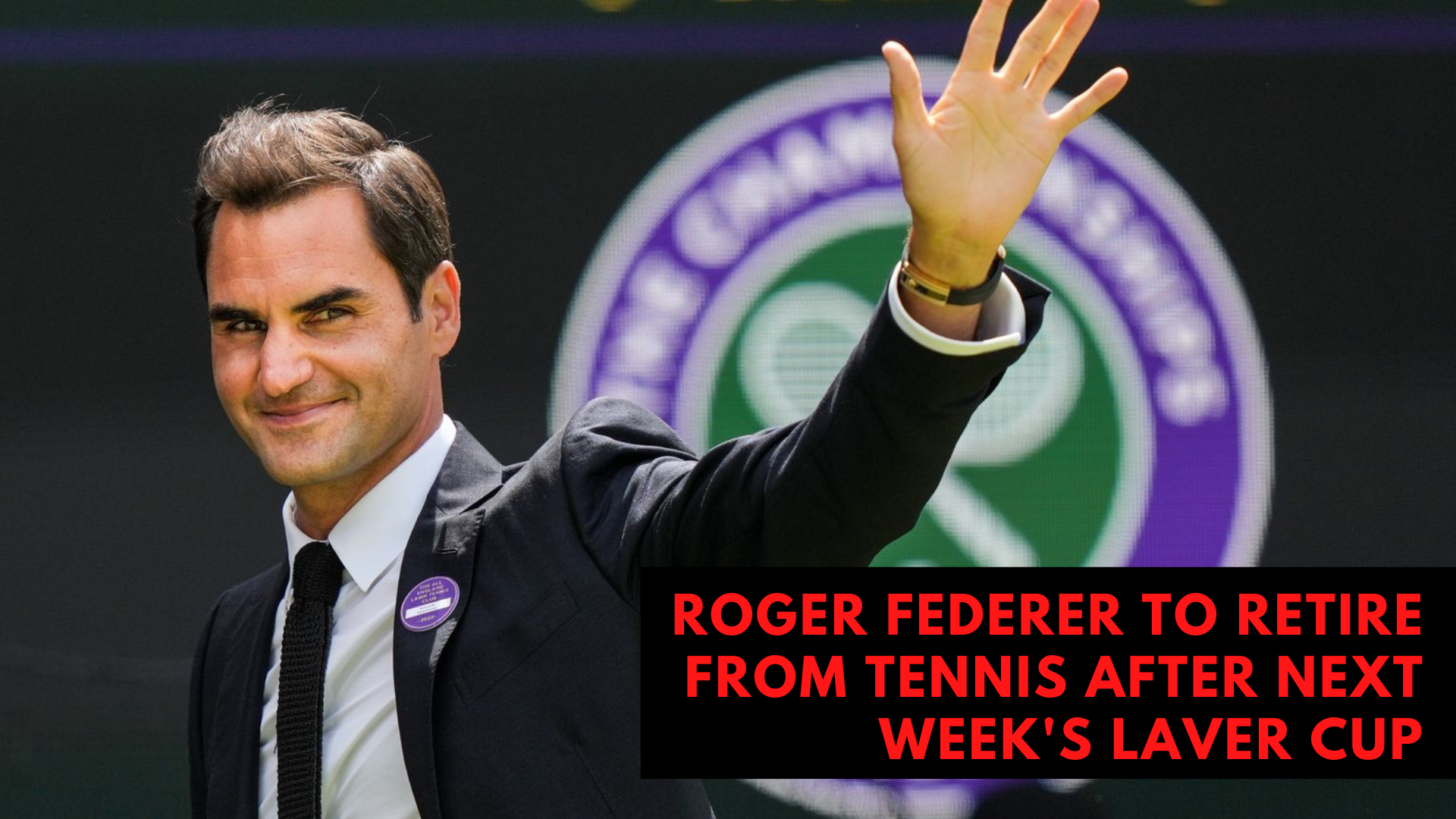 Swiss tennis great Roger Federer to retire from tennis at the age of 41 years old effective after the Laver Cup to be held next week.

This comes after a series of knee surgeries that ended a career in which he won 20 Grand Slam titles, spent five seasons ranked No. 1, and helped create a golden era of men's tennis alongside rivals Rafael Nadal and Novak Djokovic.

Federer described his decision as "bittersweet," having battled knee injuries in the hopes of returning to the tour. His body had told him it was time to close the curtain.

Roger Federer To Retire From Tennis

Roger Federer, the legendary Swiss tennis player, has announced his retirement after next week's Laver Cup, after admitting on Thursday, September 15, that his battles with a knee problem had forced him to call it quits.

Federer, widely regarded as one of the sport's most elegant champions, concludes his career with 103 career titles, a 1,251-275 record, more than $130 million in career prize money, and thousands of thrills for devoted Fed fans around the world.

"The Laver Cup next week in London will be my final ATP event," "I've worked hard to return to full competitive form, but I also know my body's capacities and limits, and its message to me lately has been clear. I am 41 years old. I have played more than 1500 matches over 24 years. Tennis has treated me more generously than I ever would have dreamt, and now I must recognize when it is time to end my competitive career."

The 41-year-old Grand Slam champion has been out since a quarter-final loss at Wimbledon, when he underwent his third knee surgery in 18 months.

With Federer's departure, tennis has now lost arguably the greatest men's and women's players of all time in a matter of weeks. Serena Williams announced her retirement last month before losing in the third round of the United States Open, which is expected to be her final tournament.

Federer has been plagued by injuries in recent years after dominating men's tennis after winning his first grand slam title at Wimbledon in 2003.

He's had three knee surgeries in the last two years, and his most recent competitive match was a quarter-final loss to Poland's Hubert Hurkacz at Wimbledon in 2021.

Federer previously stated his intention to return to the tour when he teams up with long-time rival and friend Rafa Nadal to play doubles at the Laver Cup in London.

Federer has won more than 100 titles and has a 1,251-275 record in his career, according to the ATP, which adds that he has never retired from a match.

Earlier in his career, he won 41 consecutive matches, a streak that began the year after he won 24 tournament finals in a row from 2003 to 2005.

Federer's extraordinary abilities kept him at the top of the sport with remarkable consistency. He held the world No. 1 ranking for 237 weeks at one point, an ATP record. He became the oldest man to hold that position in 2018.

Federer has a special connection to the Olympics. It's where he met his future wife, fellow Swiss Olympic tennis player Mirka Vavrinec, and kissed her on the final day of the Games in 2000. They have two sets of twins now.

He advanced to the semifinals of the 2000 Sydney Olympics, losing to Tommy Haas in the semifinals and then to Arnaud Di Pasquale in the bronze-medal match, but he admitted in 2016 that losing two medal matches was "the most disappointed I've ever been in my tennis life."

Federer began the 2004 Athens Games ranked first, but was knocked out in round two by 79th-ranked Tomas Berdych (who went on to a strong career and retired in 2019).

Federer was stunned in the quarterfinals of the 2008 Beijing Olympics by American James Blake, ending a record 237-week reign as world No. 1. Nadal won gold and the overall championship. Federer, on the other hand, left with an Olympic gold medal in doubles with Stan Wawrinka.

Federer appeared to be on track for a gold-medal run in singles at the 2012 London Games, given that they were held at Wimbledon, where he had won seven titles in the previous ten years.

However, he was defeated in the final by Andy Murray, whom he defeated in four sets in the Wimbledon final a month earlier.

To sum it up, Roger Federer has announced his retirement from tennis after a glorious and colorful career. In the end, greatness is determined by the beholder. And, when we look back on this golden era of tennis in the coming years and decades, Federer will most likely be remembered fondly.

The end of an era that began in New York City will come to an end in London, as fans will have one last chance to celebrate Federer's farewell.