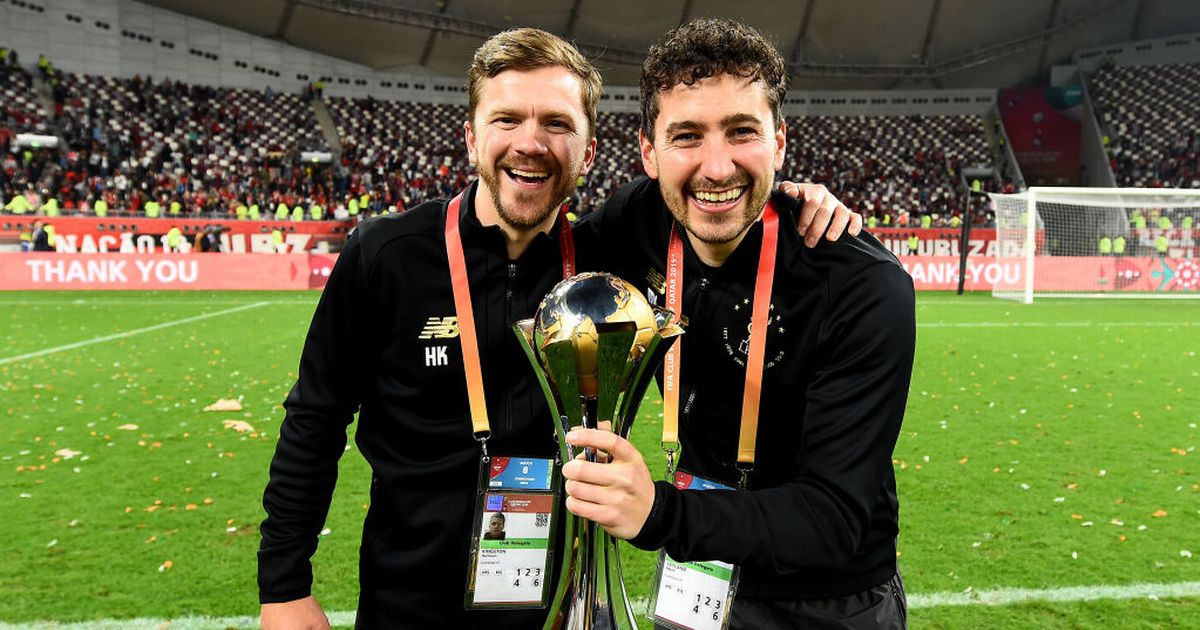 Many fans are curious about The Englishman who assisted Morocco's World Cup run. "This is the question that everyone always asks!" But, before Harrison Kingston responds, he has a condition.

There is no 'cheat' code available. Morocco's director of performance analysis can pour as much data and brainpower into his laptop as he wants, but it will never produce an infallible playbook.

When he worked at Liverpool, Tottenham Hotspur, or Burnley, he couldn't find a ready-made path to goal and success. On Morocco's way to the World Cup semi-finals last month, he didn't.

If reality worked like that, you would see a lot more things happening every weekend on a pitch that looked a lot more prescribed. That I say or show something and then it would happen? That is not really the logic of football. Football, generally, is quite chaotic. You are trying to make sense of that chaos, trying to pick up some detail that you can take advantage of.

But, every now and then, the 36-year-old can catch a glimpse of one of his details among the many moving parts. Kingston gives an example from his eight years at Liverpool. It was done by one of the players. Not Mohamed Salah, Sadio Mane, or Roberto Firmino, for example.

Instead, it was the lesser-known Oakley Cannonier. Cannonier is now a member of Liverpool's Under-21 team, but on May 7, 2019, he was just 15 years old and working as a ball boy.

We had just lost 3-0 to Barcelona in the Nou Camp in the Champions League semi-final first leg after outplaying them for the most part. We came away scratching our heads about how we had ended up with that scoreline, but watching it back stirred a memory of our last-16 match against Bayern Munich two months before. The ball boys in Munich were like trained machines, getting the ball back in play so quickly. Talking to their staff after, we found out that it was a deliberate tactic; they wanted a fast rhythm to stop us having the chance to press them.

At Barcelona it was the opposite, the ball boys were super slow. A goal-kick would take a minute, a free-kick would take 30 to 45 seconds. Looking back, we could see it was deliberate. Barcelona were a team who suited a slower pace to the game, rather than something that fed into Jurgen's [Klopp] intensity. So the coaches and analysts took it on ourselves, with the kit manager who looked after them on Anfield match days, to show our ball boys a video about how they could help the team. We told them they were the 12th man, that they were not watching the game, they were in the game.

Cannonier took his chance to play in the 79th minute, with Liverpool leading 3-0 and the tie level. Trent Alexander-Arnold won a corner by playing the ball off Sergi Roberto's shins. The ball skittled past Cannonier, who was stationed just in front of the advertising hoardings.

But he chose to ignore it. Instead, he immediately bowled a spare ball to Alexander-Arnold for the set-piece, which was already in his hands. Barcelona's defenders, accustomed to a slower pace, lost concentration. Divock Origi raised his head, making fateful eye contact with his teammate.

Bedlam. A quick cross, a deft finish. And possibly the vindication of a theory. Kingston said:

Ultimately it is the players who take all the credit. They make the decision on the pitch and seize that moment. Whether it [the goal] would have happened without our intervention, you never know, but you like to think that maybe you planted that seed and played a small part in a historic moment.

In November of last year, while studying upcoming opponents Belgium in his current role, Kingston noticed another detail that could grow into something significant.

Mousa El Habchi and Nabil Haiz, two of Kingston's fellow analysts, joined him around the screen, as did Morocco's goalkeeping coach, Omar Harrack.

The four men stood there, pointing and talking about what they saw in a mix of French, Spanish, Darija [a Moroccan Arabic dialect], and English. Finally, they devised a strategy for responding.

Football and change have been two constants in Kingston's life.

Harrison Kingston on his computer

Born in a British military hospital in Berlin, he has been moving ever since. His father changed stations to Northern Ireland before relocating to the north east of England and establishing a base near Newcastle.

Kingston's family eventually settled in Somerset before he moved west to study sports coaching and development at Cardiff University.

His studies were supplemented by a semi-professional football career with Bridgend, but he was realistic.

His chances of becoming a player were slim. Without that background, a top job as a coach was also unlikely. By chance, another path into the elite opened up as he pondered which path to take.