The sins Atlético Nacional took from the League 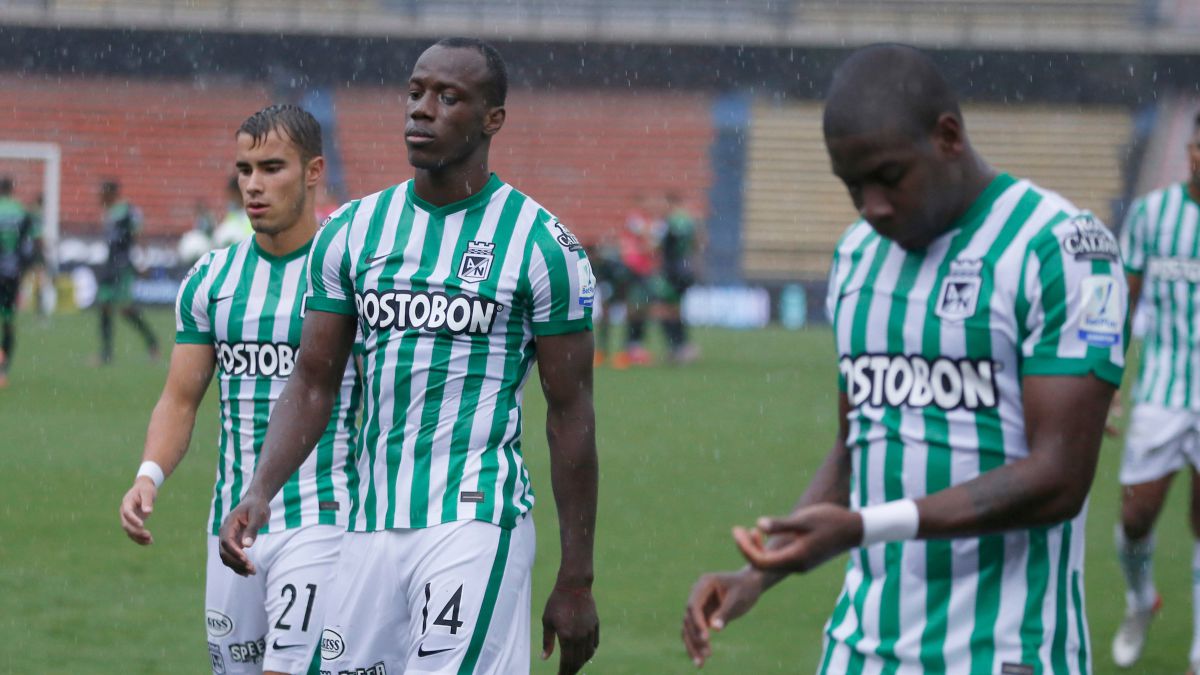 The project of Alexander Guimarães has endured a new setback. With a lower-wage team, the hope of the Star 17 ended in the first semester because of a build-up of mistakes and holes in the successes, which often led to Atlético Nacional becoming the leading I-2021 League title favorite.

This self-criticism was evident in the absence in the League, which stopped appropriate disciplinary steps from being applied to deter outcomes such as the one that was endured against La Equidad. Despite management, 34 points, 37 goals in 18 games and unbeaten at home, not everything was fine.

The recognition of weaknesses was a required measure to strengthen. National sinned there. Errors, imbalances and actions that were passed and not taken at the moment. Finally, amid the highlights at some stages, these minor holes were openings that eventually affected the evolution of the team. The quarter-finals have taken their toll.

Nacional has theoretically well-documented players who have been significant within the squad, but they needed this part of self-control in extreme circumstances, to express composure and trust, to run the times, to temper their teammates.

A leader of sufficient charisma and command voice to drag and redirect the squad. Guimarães acknowledged that they were physically left with La Equidad. Yes, it lacked a capo who read the game, took charge, and stopped his teammates from pushing.... from slipping into the pit of the enemy.

Seven away defeats in 13 games at a score of 30.7 percent away. In the league, he could hardly defeat Millonarios and Once Caldas and the far win in the Copa Libertadores against Guaraní. This pending problem, which did not seem to jeopardize his stability because it was insistent with Atanasio Girardot, eventually precipitated his removal from the opening.

He couldn't beat him on his trips to La Equidad. Neither in Zipaquirá (1-0), nor in Techo will Green dominate in an area heavily criticized by 'Guima.' That rather short and removable 1-0 in the first leg was a potosí for the Alexis García team. They managed to gain the edge with their weapons and style and incidentally gave a character display against the 2-2 favorite at Medellin.

Although finding a more balanced version after struggling with the decompensated National de Osorio was a priority for the 2021 project, the Team once again had defensive problems. All of them due to particular mistakes, poor choices and deconcentration by their defenders.

He had the four goals in Uruguay and in the 180 minutes, he netted three times for La Equidad. In the last games, after a throw-in, he also got goals. The stopped ball also placed him against the cords... Let Juan Mahecha claim this with his corner kick goal. Rovira never took this symbol and nodded openly to the steering wheel. The second was punished by Yerson Mosquera's foul. Another mistake.

Two variants of Atletico Nacional wandered. An unstoppable one that added wins and cumulative objectives, and a vulnerable one, without equilibrium or effect. It was not able to stabilize. Between one game and another, he went from heaven to hell... Even in the same game with La Equidad on the second leg, and Nacional de Uruguay on the 4-4.

The underscoring squad, which could one day beat the rival 7-1 and went to goal without a direct shot, could not settle its holes and prevail with the arguments and versatility which shined it up in some stages.

He managed to conquer the hardest moment in Medellín when the insurers installed the series 2-0. He had two targets and put the chapter where he needed it. Yet he stumbled again and gave the opposing wings, who charged him to send him to a well he could not escape.