Who Will Win The 2022–2023 Bundesliga? Our Today's Predictions For This Season 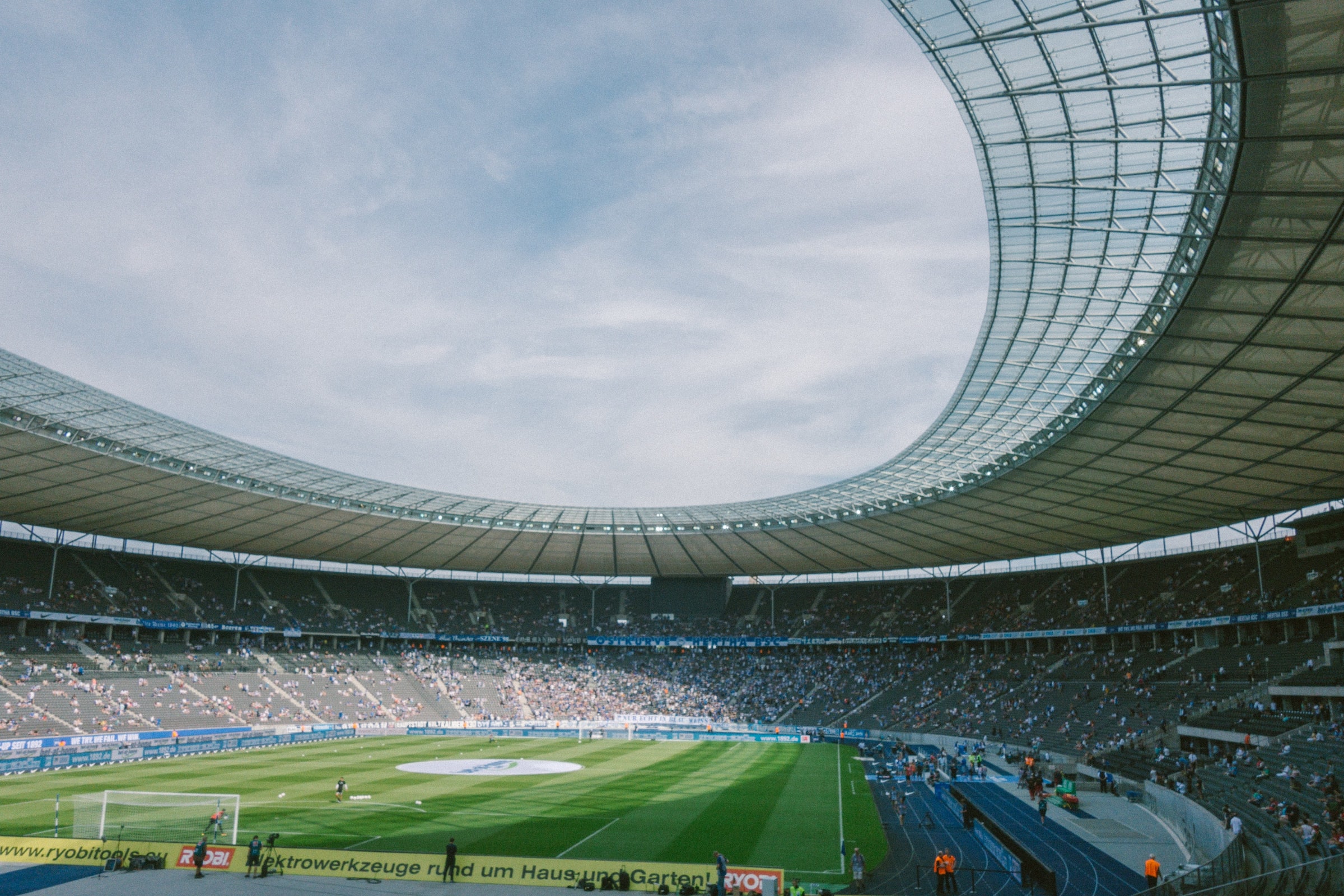 It's time for a new Bundesliga season! And the question is always on the table: who do you think will win the Bundesliga title for the 2022–2023 season? These are today's predictions for the great campaign of the Bundesliga.

We're still happy to put out three previews that look at the top clubs that will play in Germany's top league next year.

The DFB Pokal traditionally starts with a "soft opening" weekend, which gives us at least some interesting matchups to think about.

The 2022–2023 Bundesliga season will be strange because there will only be 15 games before the league takes a nine-week break for the historic winter World Cup. Due to the early start of the season and the fact that they have a "second offseason" to make changes, all Bundesliga teams are still in their early stages of development at this point.

We'll look at Bayern, Dortmund, Leipzig, Leverkusen, and Wolfsburg to see how they're doing. This group of five is expected to be in the "Top Three."

In essence, nothing has changed with the "Big Three." This year, Bayern, Dortmund, and Leipzig should be in the running for the first three spots in the Champions League. Based on the strength and depth of their rosters, Leverkusen and Wolfsburg are the two "company teams" in German football that pose the biggest threat to this trio.

When we talk about the teams in the middle of the pack in the next part, we'll talk about all of these teams' chances. Initial scouting and all the related mental exercises lead to the conclusion that this group of five is the one to beat.

The writer will say again how much Bundesliga fans hope that this prediction turns out to be wrong. We wouldn't want to see three teams that aren't in the top 50+1 at the end of the season.

Is This The Final Year Of Bayern Munich's Dynasty?

Call it a force of habit after a decade of dominance, but the record champions must be seen as the favorites to keep their crown. Few, if any, are giving tips to other people.

This year, Bayern even seems to be getting a little bit of sympathetic interest. The club's new leadership structure, which was put in place by German football legend Oliver Kahn, responded to what many of us thought was Robert Lewandowski's annoying whining about his situation with a blockbuster transfer window that helped German football as a whole.

We all knew that Lewandowski's twelve-year career in German football would end with a messy divorce, and we were all glad to see it happen. We thought his behavior was a waste of time.

The Polish superstar acted as if the league and culture that helped him succeed were nothing more than things that got in the way of his own goals.

For a very wealthy professional athlete to say that "something is dying inside him" is almost like an insult to fans who have to deal with problems and tragedies in "real life."

He is gone. "Good riddance," many say. In the meantime, one of the best athletes in the sport has decided to move to the Bundesliga when he is at the top of his game. To be honest, that's not very common.

Sadio Mané's move to our league is similar to what Luca Toni, Arjen Robin, and Franck Ribery did in the past, but the Senegalese international may be the most well-known player to ever choose our league.

There isn't much to learn from the DFL Supercup win on Saturday. On Friday, when the new season starts, we'll almost certainly see something new.

In fact, the young guru of the avant-garde will use many different strategies over the course of this season. In this column, we will talk a lot about Julian Nagelsmann's strategies, just like we did in years past.

The 35-year-old still has some "fever dreams" about how to play the game. The players Kahn and Salihamidzic got for him this offseason give him the tools he needs to carry out his plans.

Before the pandemic, Bayern's pre-season games were often part of a U.S. tour meant to promote the team.

We don't know much more than what we saw in the D.C. United half-speed scrimmage and the Man City test match at Lambeau Field, which was stopped by a storm. To be honest, both of these public relations expos are worthless. Most German football fans think of the Supercup as an exhibition, so it's basically in the same category.

Nagelsmann doesn't have a "best XI" and doesn't need one at this point. He's not really a "best XI" coach to begin with. For the rest of the month, the coach and club management will do a lot of testing to see which players they can get rid of to make up for the minus €60 million they spent on transfers this summer.

No one will really care if the title favorites get off to a slow or awkward start. Even if the FCB isn't in the top four at the end of August, they should still be the favorites to win the league.

Die Schwarzgelben have brought back the more player-friendly and less focused on tactics head coach who led the BVB to a stunning late-season table climb and the 2021 DFB Pokal win. They want to break Bayern's 10-year hold on the title.

Edin Terzic goes back to the sidelines from his comfortable job in the front office to take over for Marco Rose. Dortmund also had a big transfer window this summer, and before Sebastien Haller's recent diagnosis, some people thought they would win the title.

For those of us who have been wrong about Dortmund in the past ten years, which is pretty much all of us, seeing is believing when it comes to this team. Since the 2018–19 season, there hasn't been a serious race for the Bundesliga title.

Even though there was a lot of buzz about the high-profile players brought in this summer, we're still talking about a roster that isn't ready to handle multiple injuries.

There is always a lot going on in Dortmund. Hope that has been worn down by time is a different story.

The BVB beat their Pokal opponent 1860 München with a fair amount of ease, which is a good sign.

The team's performance was strong, confident, and, most of all, very mature. Terzic's strategy had an aggressive front three that worked well on an even keel. Youssoufa Moukoko would sometimes play a false-nine role again.

The Dortmund front three and captain were great from the start to the end, and captain Reus played well behind them.

The new games by Karim Adeyemi and Nico Schlotterbeck are really good. Terzic also has some things to think about with some of the "placeholder players" in this lineup.

Terzic's main job is to bring out the best in the core players who showed flashes of brilliance last year and make sure that the new players fit into a team that can consistently score points.

From this point of view, one could say that the new head coach is on track. In the next few weeks, we'll find out a lot more.

The Haller problem might not need to be solved from the outside. In almost all of the practice games, Moukoko was Terzic's main striker, and he did pretty well in all of them. Malen and Adeyemi have done a good job when they've been asked to.

Anyone who saw some of Dortmund's pre-season games knows that the hype around Jamie Bynoe-Gittens needs to be made bigger.

The fact that Dortmund doesn't have a back-three was probably the biggest surprise we got from their training camp. The BVB coach only used the triple-chain of Schlotterbeck, Niklas Süle, and Mats Hummels once, in an 0-2 loss to Villarreal.

Sad to say, this seems to be proof that Hummels's game is in a permanent state of decline. Over the next month, it seems safe to bet on a steady back four made up of the same players who played in the Pokal.

With so many incoming and outgoing transfers still up in the air, it's almost impossible to predict what will happen to the reigning Pokal Champions. Before you can get a good idea of what Domenico Tedesco has to offer this year, a lot of dust needs to settle around all of these moving parts.

For instance, Timo Werner's return to the Bundesliga could completely change the way the table is figured out.

The Saxons seem likely to finish in the top four no matter what. Germans who don't care much about this team must hear the same story as last year, which makes them very unhappy. Too many good people.

A roster that can handle injuries because it has a lot of depth in every area. The rumors about who is in and who is out don't answer the question of whether this team can beat Bayern.

If you compare the team to the rest of the league, it seems like a given that they will make the Champions League.

In the recent Supercup loss, Tedesco's wingbacks didn't do a very good job. There's not much point in arguing, since David Raum is about to take over on the left and Benjamin Henrichs is moving to the side he prefers, the right.

Early on, the RB attacking trident had some trouble rotating, and Forsberg, in particular, had trouble figuring out where he should be.

Even that doesn't matter because the Swede probably won't start that high if he makes the starting XI.

One got the feeling that Tedesco wanted his team's last preseason game to be like a throwback to last year. Christopher Nkunku and André Silva could both start up top in the position that the head coach wants.

With the addition of Raum, they are likely to go back to a back four with Henrichs, Willi Orban, Mohamed Simakan, and Raum. Dani Olmo will then be free to play as the ten behind the two forwards. When you think about it, it looks pretty damn terrible.

Leipzig did have a 0–5 loss to Liverpool, which could have been embarrassing, and a largely meaningless win over Southampton, in which Tedesco used a few of his regulars. This team is a "work in progress" because they lost longtime players like Tyler Adams and Nordi Mukiele during the offseason. This group might make some mistakes early on.

The Bundesliga, on the other hand, always has room for late-season table climbers, as last season showed very well. Within three to four weeks after the transfer window closes, Tedesco should be able to figure out what he wants in the league. If this team wasn't in the top four at the World Cup break, it would be a big surprise.

How Do I Win A Daily Bet?

And the odds of teams or matches, it gives an extra and deep preview. I enjoyed the updates on head-to-head streaks, team stats, and featured players based on their performance in the last matches.

Which Betting Type Is The Best?

Online sports betting is more popular than ever because there are always more and more sportsbooks to choose from.

Because there are more sports betting sites, there is more competition between them. This means that bettors can choose from a much wider range of ways to bet.

How Do You Bet Without Losing?

On Friday, August 5, 2022/23, defending champions Bayern Munich will start the 60th Bundesliga season. This year, the 306 events with new faces were spread out in an unusual way. Will our today predictions for the Bundesliga be enough, or will there be surprises?