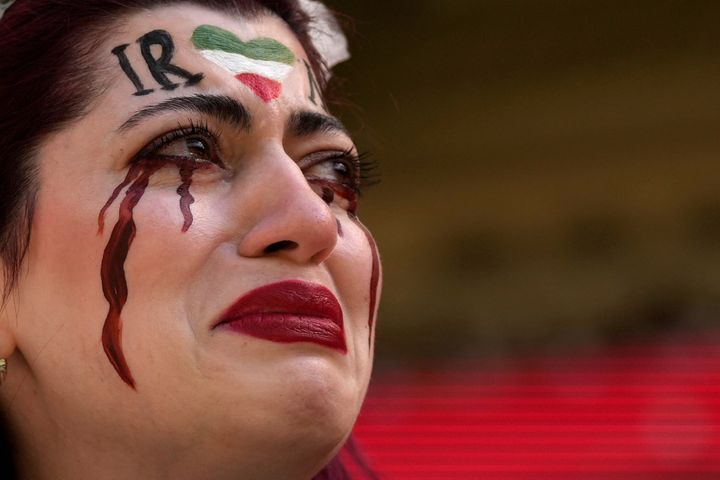 The U.S. soccer briefly removes the Islamic Emblem from Iran's flag which caused the Iran's government to be furious.

The United States Soccer Federation (USSF) took to social media to briefly display Iran's national flag without the emblem of the Islamic Republic.

They explained that they were showing support for protesters taking place in Iran ahead of their World Cup match against Qatar on Tuesday.

The government of Iran's response was to accuse US Soccer of removing the name of God from their national flag. In addition, the Iranian football federation stated that their country will file a complaint with FIFA regarding the removal of the Islamic Republic emblem.

After removing the emblem of the Islamic Republic from Iran's team flag, Tasnim, a media outlet affiliated with the Iranian government, stated on Sunday that the United States should be expelled from the World Cup for racism.

By posting a distorted image of the flag of the Islamic Republic of #Iran on its official account, the #US football team breached the @FIFAcom charter, for which a 10-game suspension is the appropriate penalty. Team #USA should be kicked out of the #WorldCup2022.

The legal adviser to the Iran Football Federation has requested that FIFA take action regarding the situation.

Measures taken regarding the Islamic Republic of [the] Iran flag are against international law and morality, and we'll pursue this through FIFA's morality committee. They must be held responsible. Obviously they want to affect Iran's performance against the US by doing this.

The FIFA statute was also tweeted out by Tasnim on Sunday as part of the call to action.

According to section 13 of #FIFA rules, any person who offends the dignity or integrity of a country, a person or group of people ... shall be sanctioned with a suspension lasting at least ten matches or a specific period, or any other appropriate disciplinary measure.

The organizers of the first World Cup to be held in the Middle East had hoped that the tournament would be free of off-the-field controversies. However, the decision by the US Soccer Federation to remove the emblem has added another political firestorm to the event.

It also occurs at the same time that the United States is playing Iran in a decisive match for the World Cup.

This match was already weighted down by the decades-long animosity that has existed between the two nations as well as the nationwide protests that are currently challenging Tehran's theocratic government.

In a statement released early on Sunday morning, the USSF explained that it had made the decision to remove the official flag from its social media accounts in order to "show support for the women in Iran fighting for basic human rights."

The Iranian flag displayed only its green, white, and red colors on the Twitter account of the United States men's national team. The banner also included the matches that the team would be playing in the group stage.

The same thing was shown in a post that was made on the team's Facebook and Instagram accounts, which detailed the point totals that had been accumulated in the group up to this point.

As more and more attention was drawn to the issue on Sunday afternoon, the normal flag that includes the emblem was reinstated in the banner for Twitter.

We wanted to show our support for the women in Iran with our graphic for 24 hours.

On its website, the USSF included a graphic depicting the group B standings, and within that graphic was the official Iranian flag.

The New York Times reports that a request for comment from FIFA was not immediately met with a response from the organization.

Since the death of 22-year-old Mahsa Amini on September 16, which occurred after she had been detained by the country's morality police, monthslong demonstrations have challenged the authority of Iran's government. The brief absence of the emblem comes during this time.

Tim Ream and Walker Zimmerman, defenders for the United States Men's National Team, stated on Sunday that the players on the team as well as head coach Gregg Berhalter were unaware that the federation would be using its social channel to show support for the Iranian women's cause.

I think it's such a focused group on the task at hand, but at the same time we empathize, and we are firm believers in women's rights and support them.

According to Human Rights Activists in Iran, an advocacy group monitoring the protests, at least 450 people have been killed and over 18,000 have been arrested since the demonstrations began.

For months, Iran has not released casualty or arrest figures, and it has claimed, without providing evidence, that the protests were instigated by Iran's enemies abroad, including the United States.

According to the Committee to Protect Journalists, Tehran also restricts media access and has detained over 63 reporters and photographers since the demonstrations began, making covering the unrest even more difficult.

Iran's UN mission and soccer federation did not respond to requests for comment from The Associated Press. As online debate raged, Iranian state television accused the United States of "removing the symbol of Allah" from the Iranian flag.