Will Bogotá win America's Cup? A general overview of the competition in 30 days 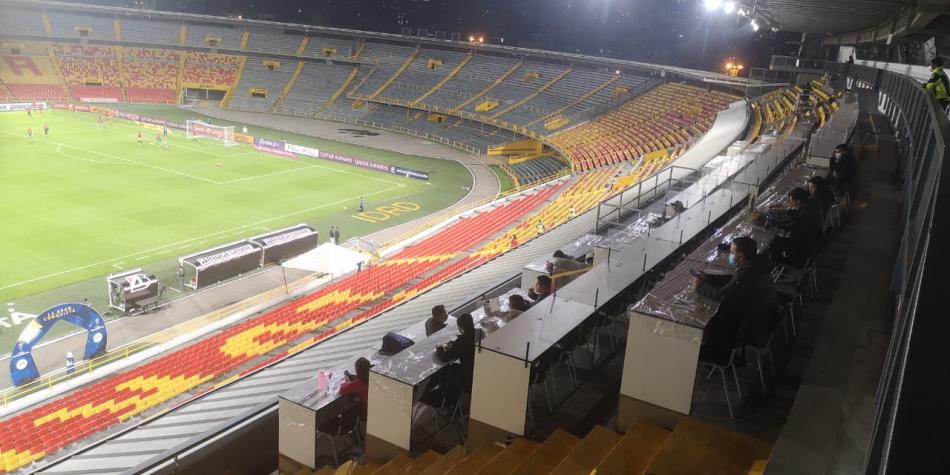 Only two weeks ago, Bogotá shut down the door for Colombian football to prevent major infections at the third highest point of the Covid 19 pandemic. The three Bogota clubs in quarter-finals (two of them in mainland tournaments) had no alternative but to choose another place to meet their obligations. This is how matches in Armenia, Pereira, and Ibagué were reprogrammed. Later in the region, due to the difficult condition of public order, two parties had to travel to Asunción in Paraguay.

With one month to go before the ball rolls in the América Colombia-Argentina Cup, we show the health, public order, and infrastructure panorama of the Colombian capital. Is Bogotá ready to host the event?

First of all, Claudia López, mayor of the city of Bogotá, this week emphasized the suspension of football in the capital and will remain so. "We don't have the potential for life, much less soccer, let's have a sense of proportion (...) I don't plan Copa America, I can't stop a tournament that I don't do."

The outlook is not particularly promising in light of the high infection caused by Covid-19 in the protests that started on 28 April. Bogotá, which for Copa América is one of Colombia's four headquarters, is very close to achieving 100% UCI occupancy. In addition, regular blockades have occurred in the middle of a National Strike and the state of public order is not the strongest.

Bogota is about to crumble. To date, there are 845,261 recorded cases, representing 27.7% of the cases registered in Colombia. The UCI occupation reaches its height and according to the Mayor's office, "the capital of Colombia ranks sixth according to the number of cases per million inhabitants (107,795) compared with Bogota in Miami, New York, Madrid, London, and major towns in Latin America."

On Tuesday, 5,491 coronavirus cases were reported and 5,008 infections were registered Wednesday. Over a hundred deaths were registered on the second consecutive day, with 109 out of 490 in the national territory. The ICU's high occupancy would result in transfers to other cities.

On Wednesday, Health Minister Fernando Ruiz voiced his concern about the situation faced by Bogotá: "This is CRITICAL: almost 100% ICU occupancy and about 500 patients," he wrote on Twitter.

The nation has completed 15 rally days, and the capital is not unfamiliar with the huge marches and demonstrations. On Wednesday 12 May, the Unemployment Committee had a new day, despite not reaching an agreement with the national government.

The balance of the day was provided by Claudia López: "A day of nonviolent protests, but with several mobility consequences. We hope the 21 protests and marches that are now underway can end peacefully, without any act of violence."

The most important points in the two-week span are Portal 80, Portal de las Américas and the memorial to the Heroes. Protests on this Wednesday took place in Suba and other parts of the South. While the authorities have spoken of a peaceful day on social media, social media reports have shown clashes between Esmad and the protestors with undisclosed numbers of wounded.