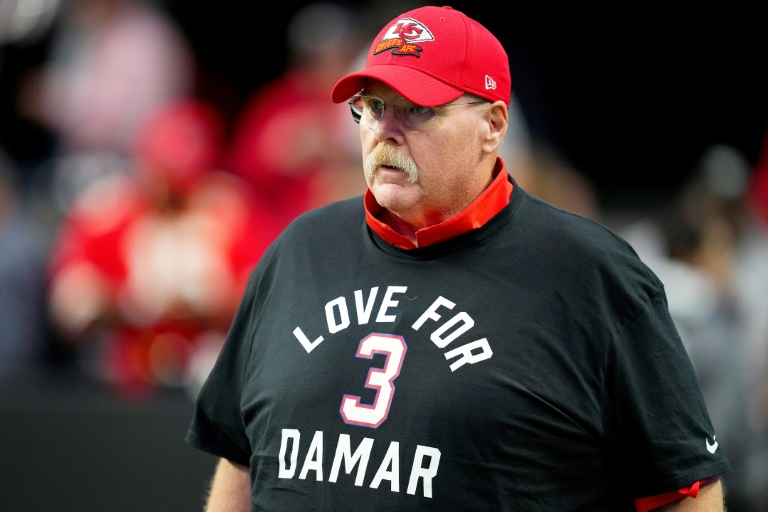 Damar Hamlin thanks fans as the Raiders and Chiefs show their support. Damar Hamlin, a safety for the Buffalo Bills, made his first post on social media since suffering a cardiac arrest during an NFL game on Monday. In the post, he thanked fans for their "overwhelming" love and expressed gratitude for their support.

The Support Of The Fans

Despite making "continued progress," the Bills have stated that Hamlin, who is 24 years old, is still in a "critical condition." In the first game since Hamlin's crash, both the Las Vegas Raiders and the Kansas City Chiefs showed their support for the driver by giving him a standing ovation.

During pregame warmups, players were seen donning t-shirts reading "Love for Damar 3." Hamlin, who passed out on the field while playing against the Cincinnati Bengals, wrote the following on his Instagram account:

When you put real love out into the world it comes back to you three times as much. The love has been overwhelming, but I'm thankful for every single person that prayed for me and reached out. If you know me you know this is only going to make me stronger. On a long road - keep praying for me.

Before the Chiefs' final regular season game on Saturday at Allegiant Stadium in Las Vegas, quarterback Patrick Mahomes wore a top with a graphic of the Bills player and the words "Hamlin strong" written on it.

On screens both inside and outside the stadium, Hamlin's name and his number, three, were displayed. Additionally, the number three on the 30-yard line had a blue outline painted around it, as blue is one of the Bills' team colors.

The victory gave the Chiefs a first-round bye in the playoffs and gave them the top seed in the American Football Conference. The score was 31-13.

They finish the regular season with a record of 14-3 and are looking to make it to the Super Bowl for the third time in the last four years.

This week it's been hard for a lot of guys. But to have him being able to talk and be able to be with his family, it gave us that motivation that we can come out here and still enjoy this game that we all love. Hopefully, he can continue to get better and better and know that we are all still praying for him. We all send love to him and hopefully he is back on the field sooner rather than later.

In other news, the Jacksonville Jaguars won the AFC South with a 20-16 victory over the Tennessee Titans, clinching their first playoff berth since the 2017 season.

That game, like all others in the NFL this weekend, showed Hamlin's support, with players wearing t-shirts, fans holding banners, the number three painted on the field, and 'pray for Damar 3' shown on the big screen before kickoff.

The Bills will wear number three patches on their jerseys when they face the New England Patriots in their first game since Hamlin collapsed against the Bengals in Ohio on Sunday.

Hamlin's breathing tube has been removed, and the Bills cited his doctors in a tweet, saying his neurologic function is intact and he can communicate with his family and care team.

Because the outcome of the game would have affected play-off seedings, and both teams had already secured post-season spots, NFL owners approved changes to the AFC play-off structure.

After the final round of games this weekend, the Bills and Bengals' post-season positions will be determined by their winning percentage over their completed 16 games, rather than the full 17.

If the home team would have been determined by the outcome of the cancelled game between the Bengals and Bills, the AFC Championship game could be played at a neutral site.

Hamlin, who has been in the intensive care unit at the University of Cincinnati Medical Center, joined a meeting with his team via Facetime on Friday and said "Love you, boys".

He went into cardiac arrest after collapsing on Bengals receiver Tee Higgins. According to Hamlin's friend and marketing agent Jordon Rooney, the player fell on his back to the ground after the collision and received more than 30 minutes of on-field medical care, during which he was resuscitated once.

Since the accident, the Bills' second-year player has received a flood of support. Hamlin's GoFundMe page for a toy drive has raised more than $7 million (£5.9 million).

Several NFL players, including Tampa Bay Buccaneers quarterback Tom Brady and Denver Broncos quarterback Russell Wilson, have donated to the cause. Hamlin was drafted by the NFL in 2021 after playing college football at the University of Pittsburgh.