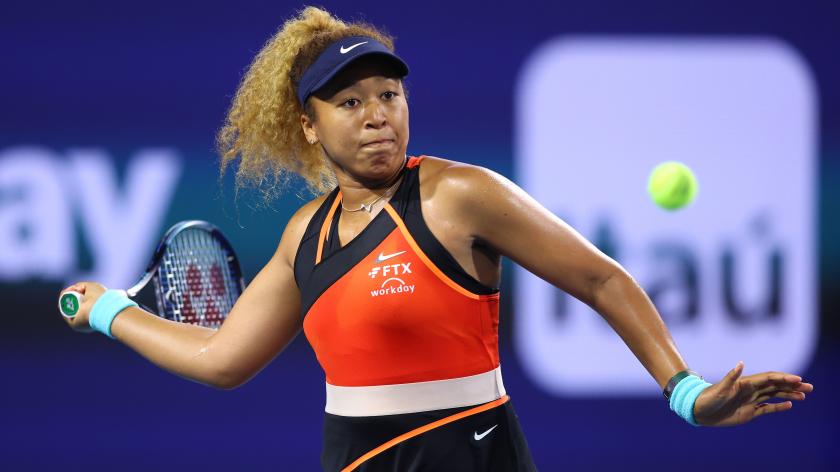 Tennis star Naomi Osaka announces her pregnancy. On Wednesday, tennis ace Naomi Osaka made the happy announcement that she is expecting her first child by posting a picture of an ultrasound scan to her various social media accounts.

The four-time major champion wrote alongside the photo:

The past few years have been interesting to say the least, but I find that it’s the most challenging times in life that may be the most fun. These few months away from the sport [have] really given me a new love and appreciation for the game I’ve dedicated my life to.

Naomi Osaka announces she is pregnant with her first child

Osaka has stated that she intends to compete once again in tennis in 2024, specifically at the Australian Open, which she has previously won on two separate occasions.

I know that I have so much to look forward to in the future. One thing I’m looking forward to is for my kid to watch one of my matches and tell someone, ‘that’s my mom.

On Sunday, the organizers of the upcoming Australian Open confirmed that the player, who will be 25 years old, will not be participating in the tournament. Since the Toray Pan Pacific Open in September of last year in Tokyo, Osaka has not competed in any tournaments.

Following an incident in August 2021 in which she was visibly stressed and emotional while addressing the media during a mandatory news conference at Roland Garros, she took some time off from competitive tennis and made several highly publicized disclosures about her struggles with mental health.

Naomi Osaka is a professional tennis player from Japan. The Women's Tennis Association (WTA) has ranked her world No. 1 in singles, making her the first Asian player to hold that position. Osaka is a four-time Grand Slam singles champion, having won the Australian Open twice and the US Open twice.

Her seven WTA Tour titles include two at the Premier Mandatory level. Osaka won her first two major titles in back-to-back tournaments at the 2018 US Open and the 2019 Australian Open. She was the first woman to win two major singles titles in a row since Serena Williams in 2015, and the first woman to do so since Jennifer Capriati in 2001.

Osaka, who was born in Japan to a Haitian-American father and a Japanese mother, has lived and trained in the United States since she was three years old. At the 2014 Stanford Classic, she made her WTA Tour debut at the age of 16, defeating former US Open champion Samantha Stosur.

She reached her first WTA final two years later, at the 2016 Pan Pacific Open in Tokyo, to break into the top 50 of the WTA rankings. Osaka broke into the top tier of women's tennis in 2018 when she won her first WTA title at the Indian Wells Open.

Later that year, she defeated Serena Williams, the 23-time Grand Slam singles champion, in the US Open final to become the first Japanese player to win a major singles title.

Osaka retired from the French Open in mid-2021, dropped out of Wimbledon, and lost early at the US Open due to depression and other issues. She canceled the rest of her tennis season to devote more time to her family and health. Osaka won a major singles title for four consecutive years from 2018 to 2021, with her streak ending in 2022.

Osaka is one of the most marketable athletes in the world, ranking eighth in endorsement income in 2020. She was also the highest-paid female athlete of all time in terms of annual earnings that year.

Osaka has gained significant attention as an activist, having demonstrated her support for the Black Lives Matter movement during her matches. She was named one of Sports Illustrated's 2020 Sportspersons of the Year for her activism during her US Open championship run, and she was also named to Time's annual list of the world's 100 most influential people in 2019, 2020, and 2021.

She was also named the 2021 Laureus World Sportswoman of the Year. She was the first tennis player to light the Olympic cauldron during the opening ceremony of the 2020 Tokyo Olympics. Osaka has an aggressive playing style on the court, with a powerful serve that can reach 201 kilometers per hour (125 mph).

These disclosures were made following an incident in which she was noticeably pressured and sentimental while talking to the press.

Osaka added in her statement on Wednesday:

I don’t think there’s a perfectly correct path to take in life but I always felt that if you move forward with good intentions you’ll find your way eventually.