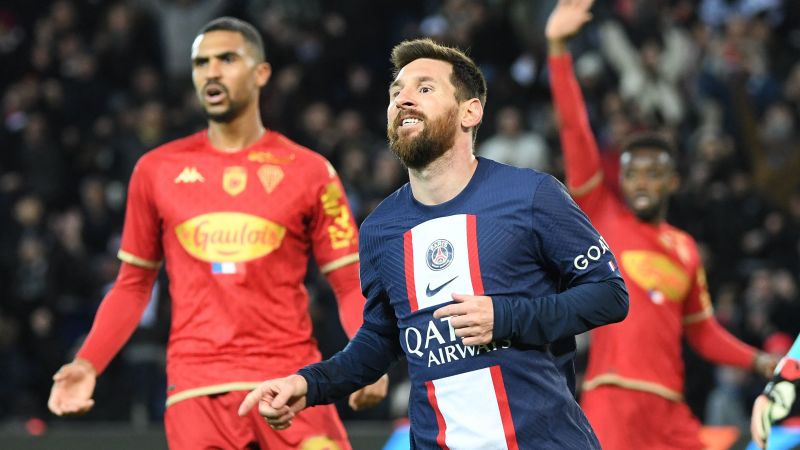 The 35-year-old athlete took some time off to celebrate and recuperate after Qatar 2022, where he finally won the trophy that had always eluded him in one of the greatest finals ever played. He did not return to training until the new year after taking this time off.

On the other hand, the forward did not appear to be suffering from any hangover when he returned to action for PSG on Wednesday and scored a goal from close range in their 2-0 victory over Angers.

Messi also paid tribute to Pelé before the game by joining his teammates in wearing a t-shirt during the warmup that featured the Brazilian athlete's face.

PSG is in a commanding position atop the league despite the fact that Christophe Galtier had to shuffle his lineup in order to ease his players back into action after the World Cup.

Kylian Mbappé, who was eliminated in the finals in Qatar, did not play in Wednesday's game. As a result, younger players like Hugo Ekitiké were given the opportunity to see some action.

The forward, who is only 20 years old, has excelled when given opportunities to play this season and scored the game's first goal with a spectacular finish in the first half.

Messi, who dovetailed the attack alongside Neymar Jr., then doubled the lead in the 72nd minute after a well-timed run and finish with his right foot. Neymar Jr. also contributed to the attack.

The linesman had initially signaled for offside, but the call was overruled by the Virtual Assistant Referee (VAR), and the goal was allowed to stand.

The victory on Messi's return is some welcome good news for PSG, who suffered their first defeat in the league this season last week when they were defeated 3-1 on the road by Lens.

Galtier told PSGTV after the game:

“Yes, it was very important to get back to winning ways. We have rivals who are pushing hard. We knew that we were going to have a difficult match because Angers is a team that plays good football and poses big problems on a tactical level.

Lionel Andrés Messi, also known as Leo Messi, is an Argentine professional footballer who plays forward for Ligue 1 club Paris Saint-Germain and captains Argentina. Messi is widely regarded as one of the greatest players of all time, having won a record seven Ballon d'Or awards, six European Golden Shoes, and being named to the Ballon d'Or Dream Team in 2020. 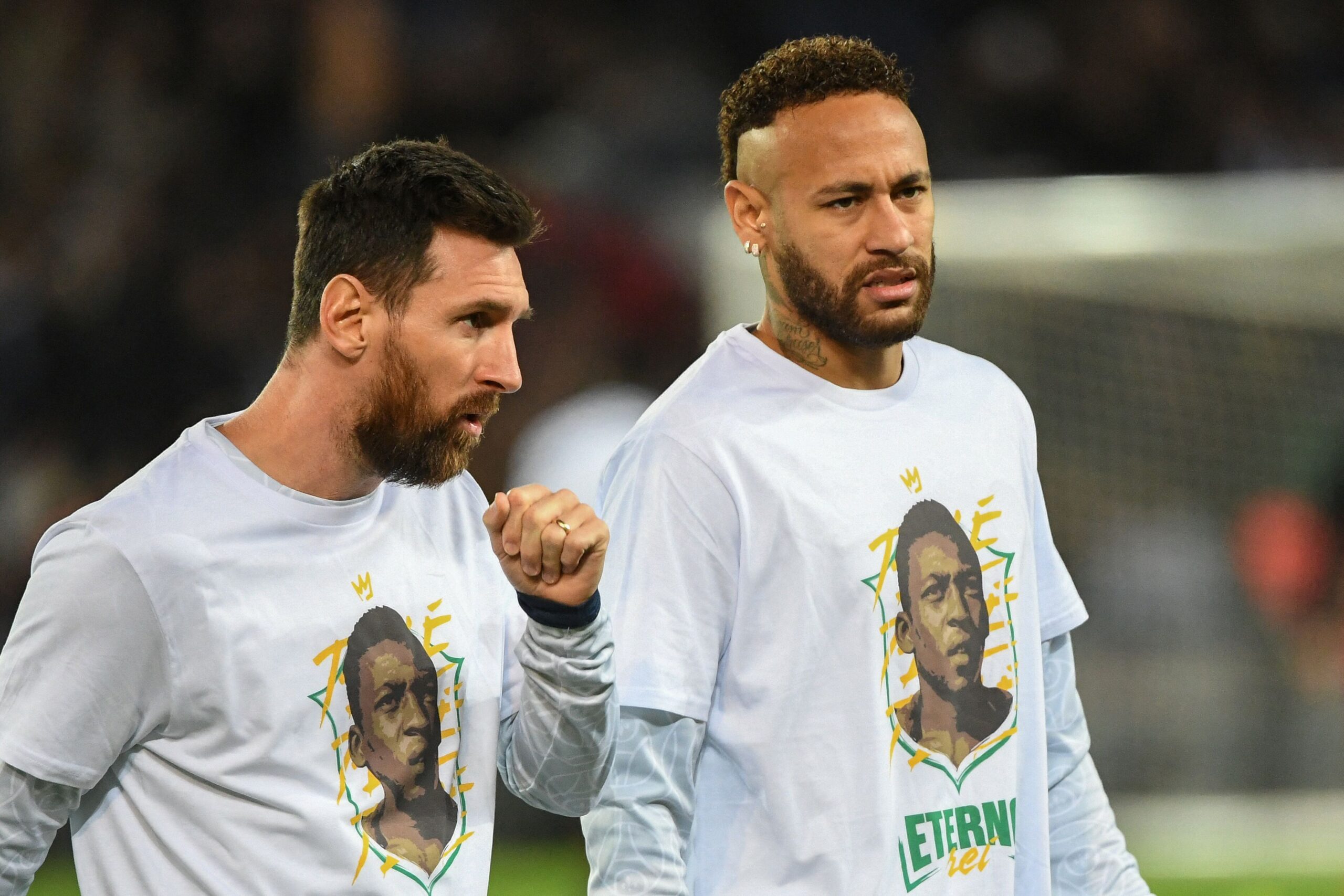 Lionel Messi with another football player

He helped his country win the Copa América in 2021 and the FIFA World Cup in 2022. Messi is a prolific goalscorer and creative playmaker who holds the La Liga records for most goals (474), hat-tricks (36) and the UEFA Champions League (8), and assists (192) in La Liga and the Copa América (17).

In addition, he has the most international goals of any South American male (98). Messi has over 790 senior career goals for club and country, the most by a single player for a single club (672).

Messi was born and raised in central Argentina before moving to Spain at the age of 13 to join Barcelona, where he made his competitive debut in October 2004 at the age of 17.

Within the next three years, he established himself as an integral member of the club, and in his first uninterrupted season in 2008-09, he helped Barcelona achieve the first treble in Spanish football; that year, at the age of 22, Messi won his first Ballon d'Or.

Three successful seasons followed, with Messi becoming the first player to win the Ballons d'Or four times in a row. During the 2011-12 season, he set La Liga and European records for most goals scored in a single season, as well as becoming Barcelona's all-time leading scorer.

Messi finished second for the Ballon d'Or the following two seasons, trailing Cristiano Ronaldo (his perceived career rival), before regaining his best form during the 2014-15 season, becoming the all-time top scorer in La Liga and leading Barcelona to a historic second treble, for which he was awarded a fifth Ballon d'Or in 2015.

Messi was named Barcelona captain in 2018, and he won a record sixth Ballon d'Or in 2019. He signed for Paris Saint-Germain in August 2021 after his contract expired.

I also insist on the fact that the situation – post-World Cup – means that we have had a lot of players absent, that the group was very scattered and that, little by little, everyone is coming back and reconnecting.

PSG, which is currently leading the table by a comfortable six point margin, will play Rennes in its next match on Sunday.