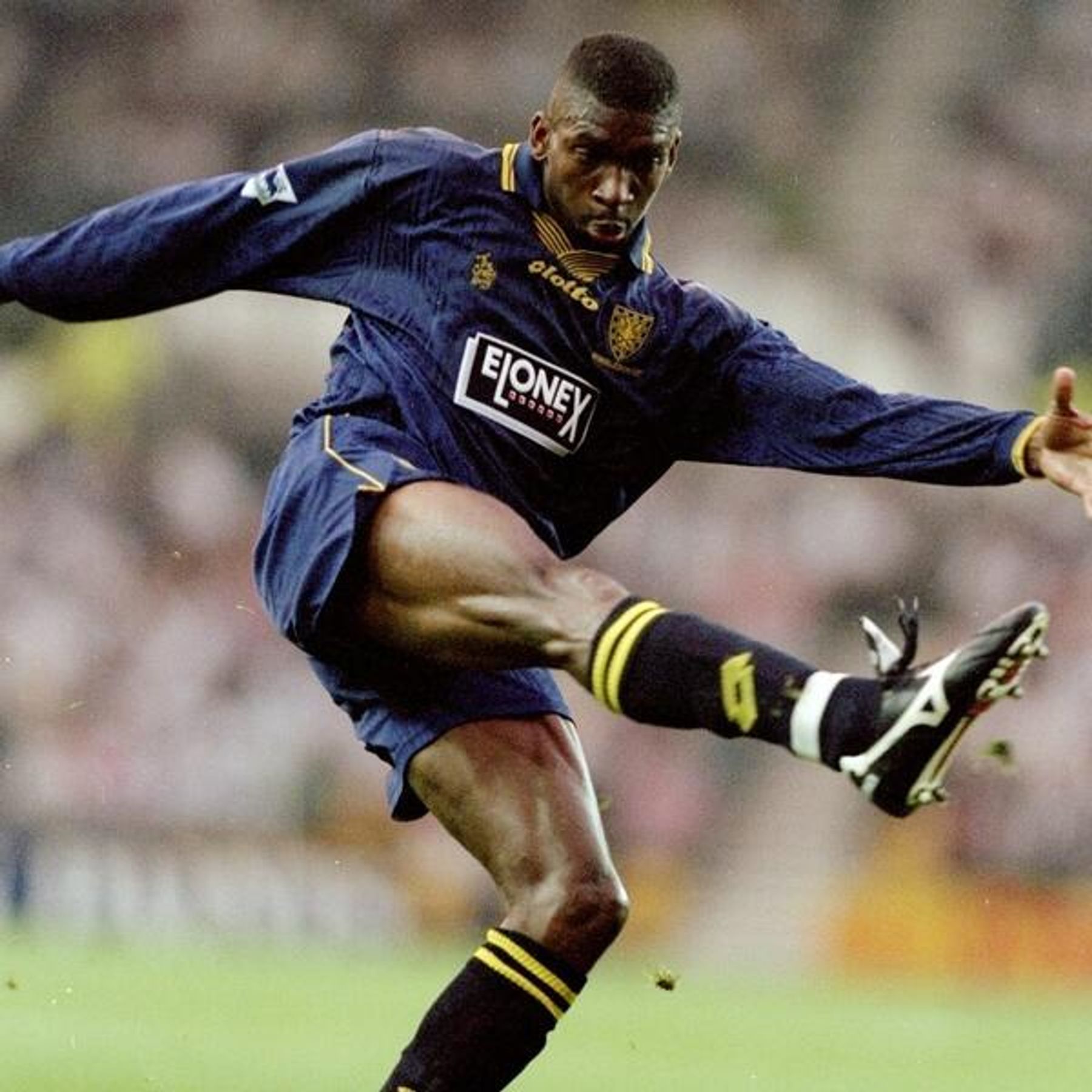 Nko, another brother, had a successful non-league football career with Harrow Borough, Sutton United, and Worthing FC. Ekoku is a regular for AFC Wimbledon, the reincarnation of the old Wimbledon club for which he played.

Ekoku began his career in non-league football before signing for AFC Bournemouth, who had recently been relegated to the Third Division, in the summer of 1990.

His debut in the Football League was unimpressive, with only 20 appearances and three goals for a Cherries team that ended in the middle of the table in 1990–91.

He arrived at Carrow Road while Norwich was in the heart of the title race under Mike Walker's management.

In the final 10 games of that thrilling season, Ekoku scored three goals in ten games, and while Norwich was defeated to the crown by Manchester United, Ekoku and his teammates finished third and qualified for the UEFA Cup.

On 15 September 1993, he scored Norwich's first ever goal in European play, against Vitesse Arnhem in the UEFA Cup, and memorably helped them eliminate German powerhouse Bayern Munich in the next round.

Only 10 days later, he scored four goals as Norwich defeated Everton 5–1 at Goodison Park, becoming the only player in Premier League history to do so.

He managed 27 league games that season, scoring 12 league goals (and 14 in all competitions), although a decline in league play after manager Mike Walker's departure to Everton in January saw the Canaries finish 12th in the league.

He stayed at Carrow Road until 14 October 1994, when a £1 million price sent him to Wimbledon to replace long-serving John Fashanu as Dean Holdsworth's attack partner.

Ekoku had appeared six times for the Canaries in 1994-95, but had failed to score a goal, and was up against new recruit Mike Sheron for a regular spot in the Carrow Road attack.

He was the club's top scorer in the league that season, with nine goals, as they finished ninth in the league and maintained their reputation as one of the most difficult Premier League teams to beat, despite the fact that they struggled to score many goals, rarely hitting more than two in a match that season.

Efan Ekoku playing out in a field

He scored seven goals in the 1995–96 season and had a very thrilling season in 1996–97, when Wimbledon finished eighth and reached the semi-finals of both domestic cups.

With 11 league goals, he was also their leading scorer.

However, his first-team opportunities were limited over the following two seasons, and after nearly a year on the transfer list - and a number of teams showing interest in signing him - he went to Switzerland on August 27, 1999, in a £500,000 move to Grasshoppers.

He had originally wanted to leave the club a year earlier, when he stated his desire to join a larger Premier League team and was courted by Everton, Leicester City, Nottingham Forest, and Southampton, with costs of up to £4 million being suggested.

His first season in Switzerland was quite successful, as he scored 16 goals in 21 games, although he did not win any awards.

He scored three goals in seven more appearances before returning to England on a free transfer to Sheffield Wednesday on October 20, 2000.

He came at Hillsborough just months after the Owls were demoted from the Premier League and faced relegation for the second time.

His seven goals in the 32 Division One game helped the Owls finish 17th, and they nearly escaped relegation the following year, with Ekoku contributing seven more league goals.

He did not play in the dismal 2002–03 season, in which the Owls were relegated to Division Two.

After being out of the first-team picture for a year, he was allowed a free transfer and joined Division Two strugglers Brentford in March 2003, however, he failed to make the squad and was released at the conclusion of the season.

In Ireland, he concluded his career with Dublin City before retiring in 2004. Ekoku was inducted into the Norwich City Hall of Fame in 2012.

Where Is Efan Ekoku Now?

He was chosen to act as a match analyst for ESPN for the 2010 FIFA World Cup.

He was a pundit for the BBC's coverage of the FIFA Confederations Cup in 2013.

Ekoku returned to ESPN as a match analyst for the 2014 World Cup. Ekoku now works with BT Sport on their Champions League, Europa League, Ligue 1, and Bundesliga coverage.

He also worked as a commentator for ESPN for the UEFA Euro 2020 competition, with Derek Rae.

Although he was born in Manchester United, the former Norwich City player represented Nigeria at the international level.

Ekoku, the first Nigerian to play in the Premier League, claimed that his time with the Super Eagles group was difficult, but he received positive feedback from his teammates.

How Tall Is Efan Ekoku?

Efan Ekoku was a striker who played in the Premier League for Norwich City and Wimbledon, as well as in Switzerland for Grasshoppers.

He also played for AFC Bournemouth and Sheffield Wednesday in the Football League, as well as Dublin City in the League of Ireland and Sutton United in the non-league.

He earned six Nigerian caps and appeared in World Cup 94.