Elseid Hysaj - One Of The Best Defenders In European Soccer 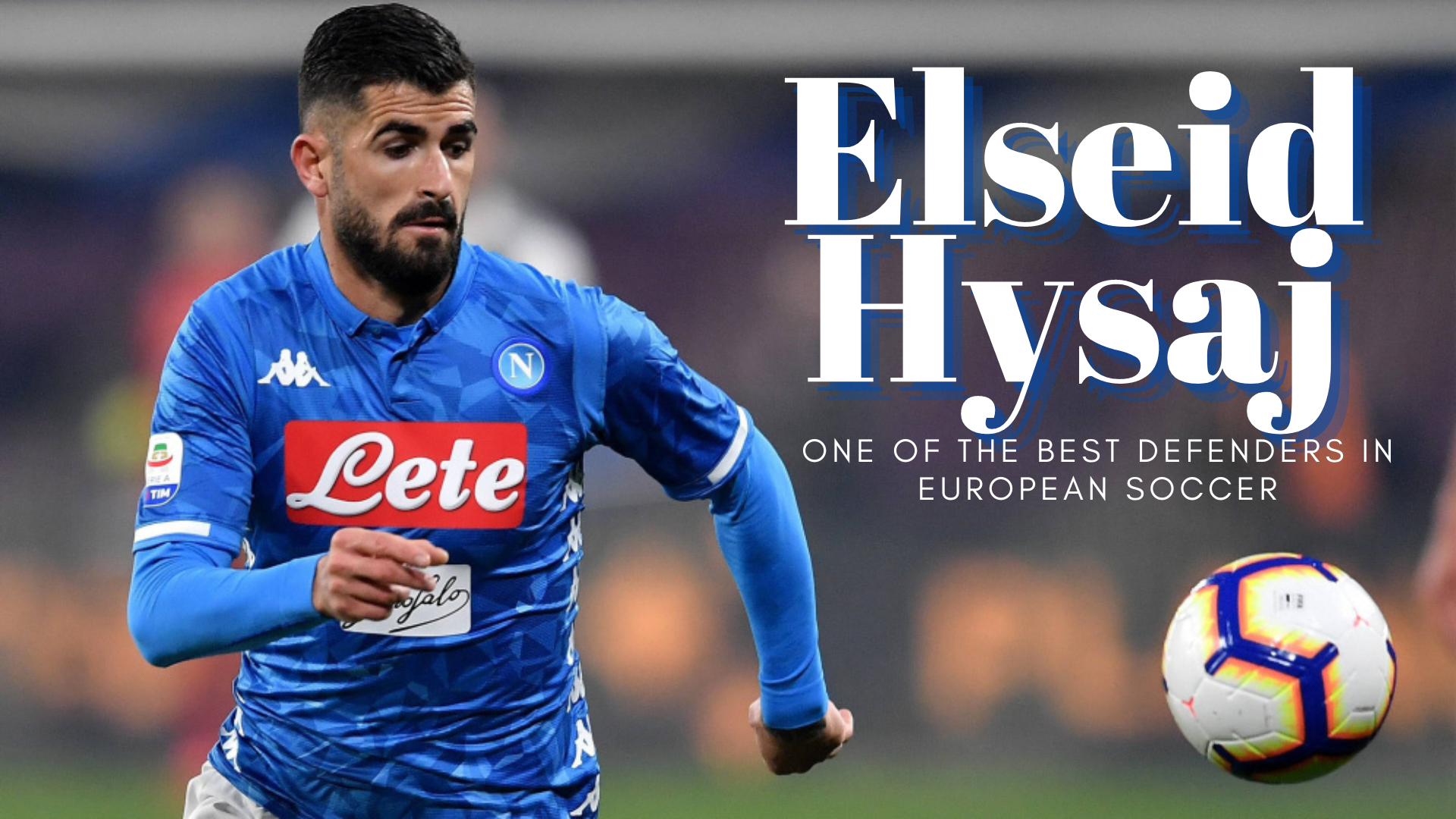 Elseid Hysaj is an Albanian professional footballer who currently plays for the Italian club S.S.C. Napoli as well as the Albania national team.

He is regarded as one of Europe's best and finest defenders.

His €6 million move from Empoli FC to SSC Napoli was the second-most expensive transfer in Albanian football history.

He captained Albania at UEFA 2016, becoming the team's youngest captain ever.

We have a lot to expect from Elseid Hysaj, that is why let’s go ahead and check out more interesting details about this star football player.

In this article, we will cover Elseid Hysaj's biography and career milestones. Learn how rich he is this year and how he earned most of his net worth at a young age.

Hysaj grew up in Albania. Elseid's father emigrated to Italy two months after his birth, as many Albanians did in the 1990s, in search of employment opportunities to support his family.

Elseid was raised in Shkodr by his mother and grandparents while his father worked as a bricklayer in Italy. Hysaj began his youth career at the age of seven with KF Shkodra, an amateur club based in his hometown of Shkodra and managed by Taip Piraniqi.

His father mentioned that his son was a talented footballer while working at the home of football agent Marco Piccioli, but because Elseid was only 10 years old at the time, Piccioli advised Elseid's father to wait.

Elseid traveled to Italy at the age of 14 to be evaluated by Piccioli and to participate in trials at various clubs, including Fiorentina, before eventually joining the Empoli academy. Many people are unaware that Elseid is not only an athlete but also technically gifted and positionally intelligent.

What stands out about him is his ability to play on either side of the defense. Although primarily a right-back, Hysaj is equally at ease playing as a left full-back.

Elseid Hysaj began his career with the local club FC Shkodra before moving to Italy at the age of 14. He had trials with several clubs, including Fiorentina, but ended up joining Empoli's academy in 2009.

Two years later, he received his first senior team call-up and made his debut in a Coppa Italia game against Fiorentina in November 2011.

Despite appearing on the bench three times, he did not make his Serie B debut until the following year. He made his first league appearance in October 2012 and went on to play 35 times that season, assisting on one goal.

Empoli offered Hysaj a new contract in September 2013, as he continued to develop into an important member of the first team.

In the 2013/14 season, he made 32 league appearances and scored one goal as the club was promoted back to Series A.

He made his series A debut against Udinese in August 2014 and went on to play 36 times in the competition, assisting on two goals.

Napoli approached in July 2015, and a € 5 million transfer was completed a month later. He quickly rose to first-team status at San Paolo, making 43 appearances across all competitions and registering two assists in the 2015/16 season.

He also made his European debut in the UEFA Europa League during this time. He played 45 times the following season, producing the same results as the previous season. Hysaj has appeared six times in the current season.

He made his senior debut in February 2013 after previously representing Albania at the U17 and U21 levels. He has played 29 times for Albania.

Elseid Hysaj's market value had risen to €18 million by the end of 2017, making him the most valuable footballer in the Albanian national squad.

Hysaj was regarded as one of the best players in the world at the time.

Hysaj, a versatile full-back, can play both right and left back and has been equally comfortable and consistent on both sides of the back four.

He has also filled in at center-back when needed, demonstrating his ability to excel in that position.

Elseid Hysaj is a commanding presence at the back, standing 6ft tall and exuding great defensive awareness. His ability to maintain constant concentration and remain alert to situations is a key feature of his game.

Despite his desire to advance, Elseid is steadfast in his defensive duties, displaying keen awareness to track back and thwart opposition counter-attacks.

When under pressure, Hysaj uses his strength to shield the ball, waiting to pick the right option and spot the darting runs of his team's front three.

Hysaj is a highly intelligent player with a strong sense of positioning and tactical awareness. He rarely gets caught out at the back, which is very useful for a full-back.

The Albanian international has a good pace and is quite athletic for someone his size, and he is strong in his challenges, whether on the ground or in the air.

He may not have had many goals and assists in his career, but his passing quality and efficiency make him an effective attacking outlet.

Elseid Hysaj's body measurements are 1.82 m (5 ft 11 12 in) and he weighs approximately 75 kg (about 165 pounds). Elseid Hysaj has the ideal body stats for his position as a defender.

It takes a lot of hard work to become a great professional footballer. It takes skill, determination, commitment, hard work, and a small amount of luck. And that is exactly what Elseid Hysaj possesses, establishing him as one of the best footballers in the world. Aside from chance and talent, Hysaj had a supportive father who was committed to ensuring his child's footballing potential was not overlooked.