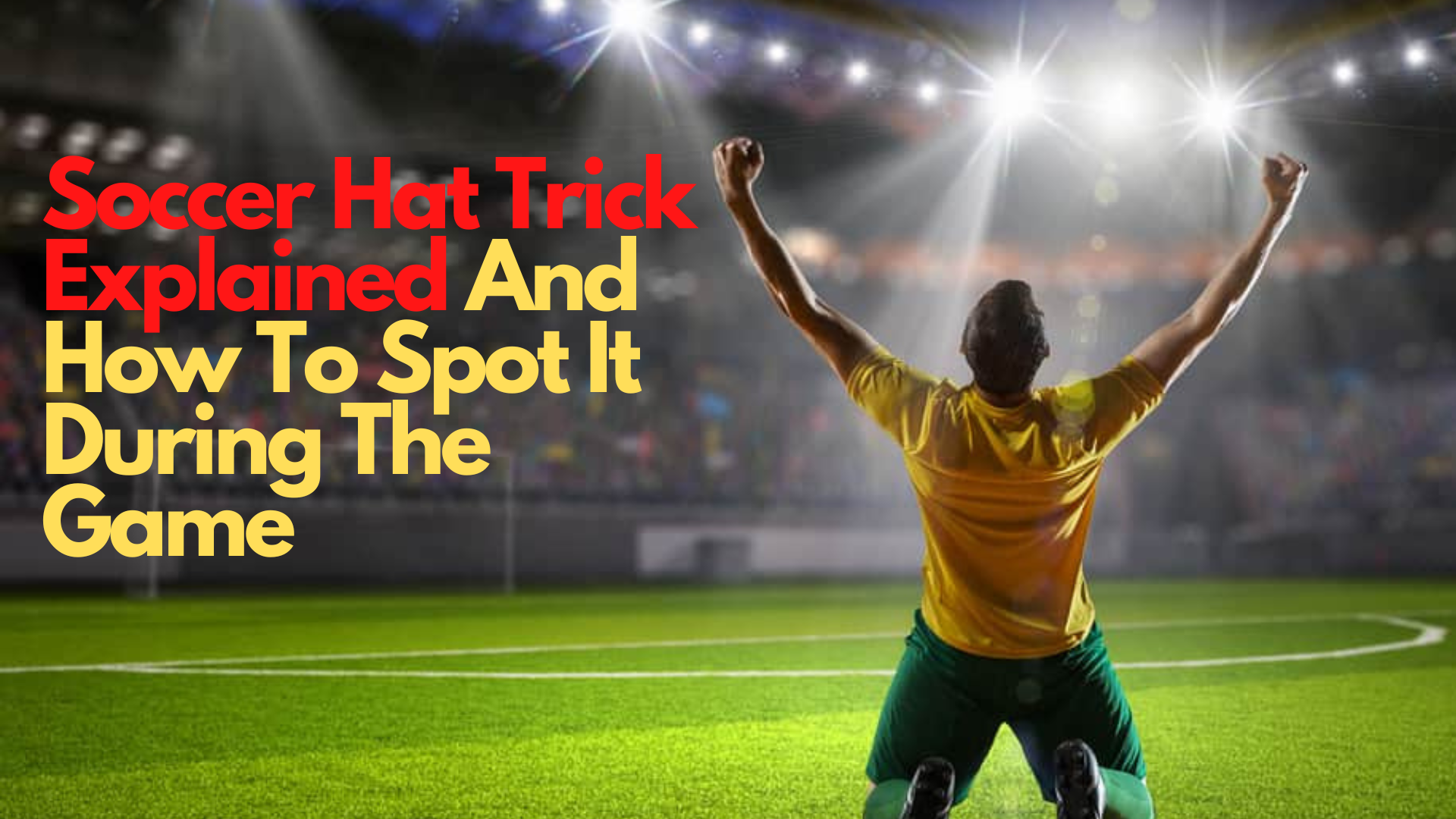 Soccer is a magical game that most players and fans cherish. Most sports fans will understand what it means when a player is said to have scored a Soccer Hat Trick, but what are the origins of the phrase and its true meaning?

Scoring goals is the primary goal of any striker, but scoring a hat trick is especially satisfying.

A hat trick in a soccer game is an incredible achievement for any player.

In this article, we are going to answer both these questions and help you understand what you need to know about a soccer hat trick.

Soccer Tips & Moves : What Is a Hat Trick in Soccer?

Soccer, like many other sports, employs a variety of terms and expressions to describe what is happening or has occurred.

When it comes to the number of goals scored, two of the most common phrases are a player scoring a "brace" or a "hat-trick."

In soccer, a "hat-trick" occurs when a single player scores three goals in a single game. These three goals do not have to be scored in the same order or style.

Although the phrase is most commonly associated with soccer, its origins can be traced back to the game of cricket. During a game of cricket in the 1800s, a player cleared the wickets three times, and his opponent then gave him his hat. As he did so, he said, "That trick is worthy of a new hat," and thus the phrase was born.

Furthermore, a Soccer Hat Trick is regarded as one of the most satisfying and impressive feats in soccer. Something that most players never accomplish in their professional careers.

Players are rightfully lauded and praised when they achieve the phenomenal feat due to its difficulty and rarity.

While goals scored at any time during the game, whether normal or extra time, count towards the hat-trick, penalties scored during a penalty shootout do not.

When a player has already scored two goals in a game, commentators will frequently say that they are "on a hat-trick," implying that they only need one more goal to complete the feat.

If they do manage to score a hat-trick, the player is allowed to keep the match ball as a memento of their accomplishment. 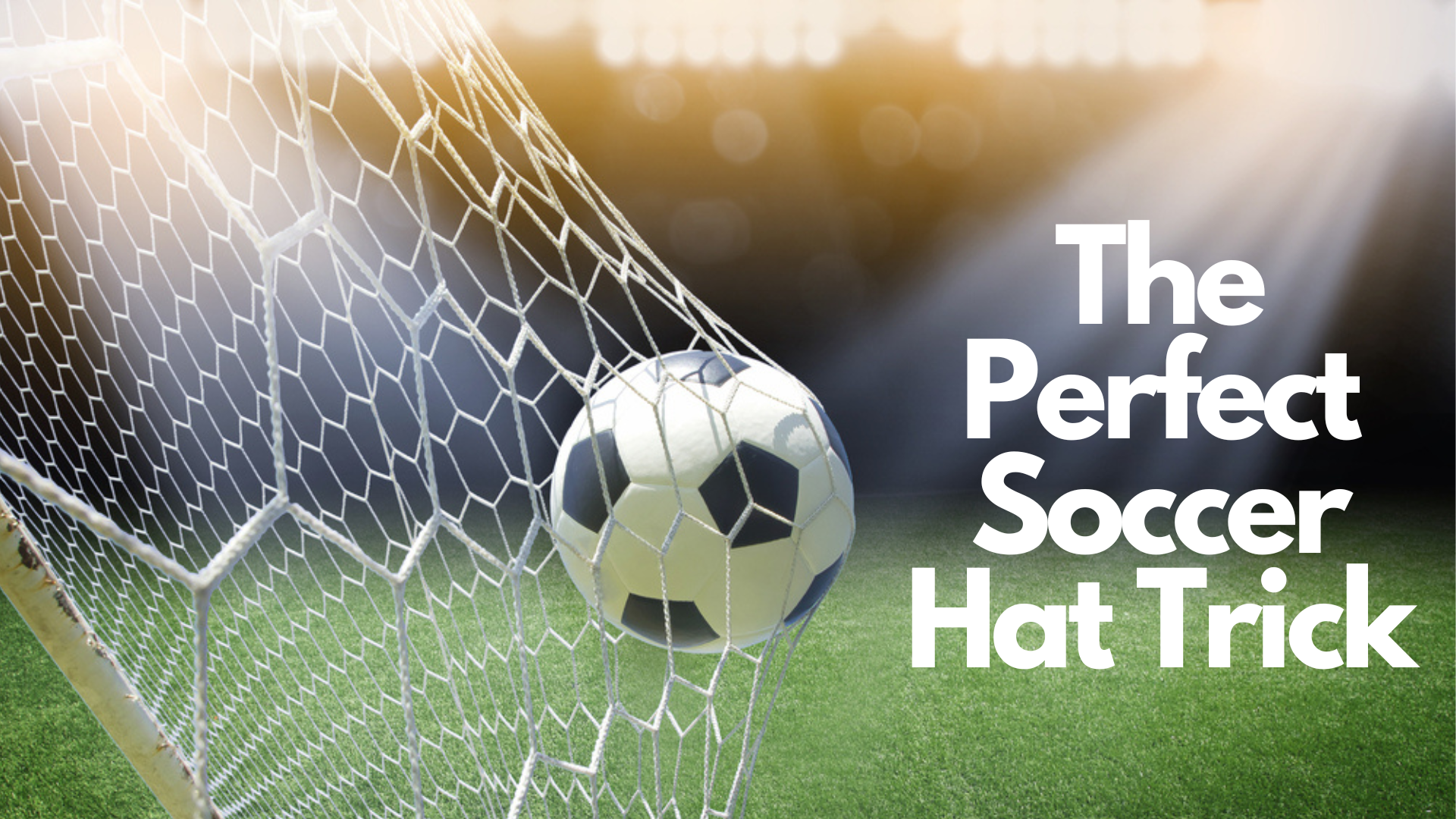 The concept of the perfect hat trick exists in soccer, as it does in many other terms or techniques. This is a term used when the hat trick is performed by a single player who meets a few criteria.

Soccer players, fans, and anyone else involved with the game are all perfectionists. Each soccer generation strives to outperform the previous one. It is a never-ending race that produces better and better players all over the world.

The first thing to understand about a perfect hat trick is that it still involves one player scoring three goals, but the way the player scores them is what distinguishes it. 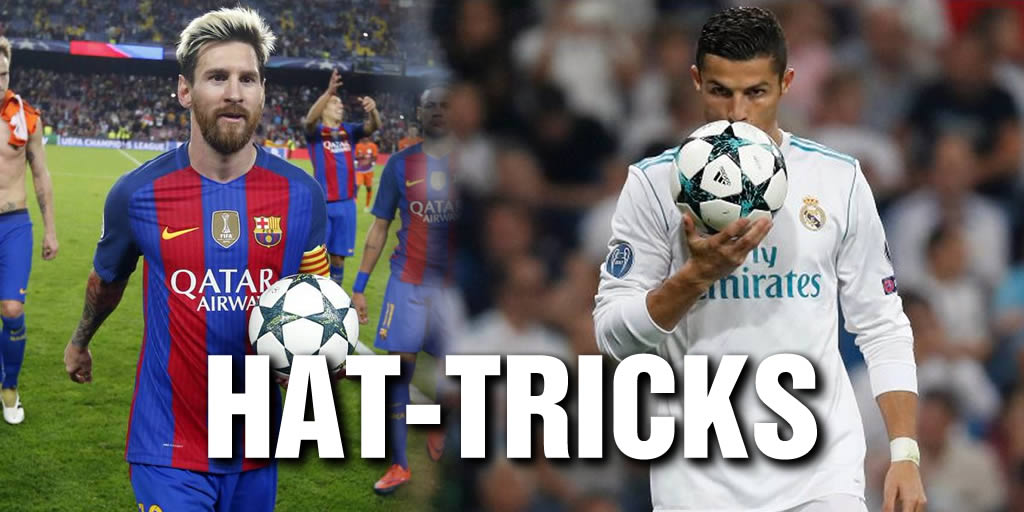 While Messi and Cristiano Ronaldo enjoy scoring hat-tricks, with 54 and 56 to their names, for many players, scoring three goals in a game is one of the highlights of their careers.

If you score a hat-trick in a high-profile game, such as a heated derby match against a rival, you will be remembered forever for your incredible goal-scoring feat.

While some hat-tricks are celebrated because of the significance of the occasion, others capture the imagination because of the sheer brilliance and audacity of the goals scored.

Let's look at some of the best and most stunning of them all.

Geoff Hurst's hat-trick against West Germany in 1966 on home soil is one of the most famous hat-tricks in history.

Hurst headed in an equalizer shortly after West Germany took the lead in the twelfth minute, delighting the home crowd at Wembley Stadium.

After a 2-2 tie, the game went into overtime, with Hurst scoring his second and most infamous goal in the 101st minute.

Hurst completed his hat-trick at the end of extra time with a venomous strike with his left foot into the top corner of the net.

Hurst's achievement is made all the more impressive by the fact that it occurred during the World Cup final.

While Rivaldo's hat-trick cannot compete with the momentous occasion of a World Cup final, it certainly ranks among the best due to the outrageous goals he scored.

Rivaldo's Barcelona needed to beat La Liga rivals Valencia in the final game of the 2000/2001 season to qualify for the Champions League the following season.

With only a few minutes remaining, the Brazilian maestro stepped up and curled a sumptuous free-kick up over the wall and past Santiago Canizares' despairing dive.

He chested the ball high in the air, with defenders all around him and his back to goal, and scored an incredible and unforgettable bicycle kick.

It was not only one of the most visually appealing hat-tricks of all time, but it was also crucial in securing Barcelona's Champions League qualification.

Although Lionel Messi has since scored numerous hat-tricks, none can compare to his first professional hat-trick against fierce La Liga rivals Real Madrid.

Back in 2007, the two teams were vying for the title as they prepared for a highly anticipated El Clasico at the Camp Nou.

With time running out, Messi jinked his way past Ivan Helguera in extra time before smashing a shot into the bottom corner of the net past both Ramos' despairing slide tackle and Casillas' dive.

Despite so many legends on each side, Messi was the difference, displaying just some of the special genius and talent that he has displayed since.

Although Barcelona finished second in the league, his outstanding performance signaled the beginning of a new era of success.

Does Soccer Have A Hat Trick?

A "natural" or "flawless" hat trick is possible in soccer. That means their goals were not interrupted by the scoring of another player. The "perfect" or "golden" hat trick is another option. This occurs when a player scores with his or her left foot, right foot, and head.

What Is A Hat Trick In Soccer Called?

When a player scores two goals in a game, which is sometimes referred to as a "brace," they are often described as being "on a hat-trick" because another goal will complete a hat-trick. Tripletta is the Italian word for a hat-trick, and a coup du chapeau or triplé is the French word.

Why Do They Call It A Hat Trick In Soccer?

A player gets a hat-trick when they score three goals in one game, but the term didn't originate on the football field. The expression originated in cricket and was used when a bowler took three wickets in three consecutive balls. To commemorate this achievement, the club would present the bowler with a hat.

You now understand what a soccer hat trick is. While it is difficult, scoring a hat-trick is one of the most satisfying achievements for any soccer player.

Scoring three goals in one game necessitates not only technique, talent, and timing, but also a little luck. When a player scores a hat trick and receives the match ball as a prize, they are rightfully celebrated and remembered.