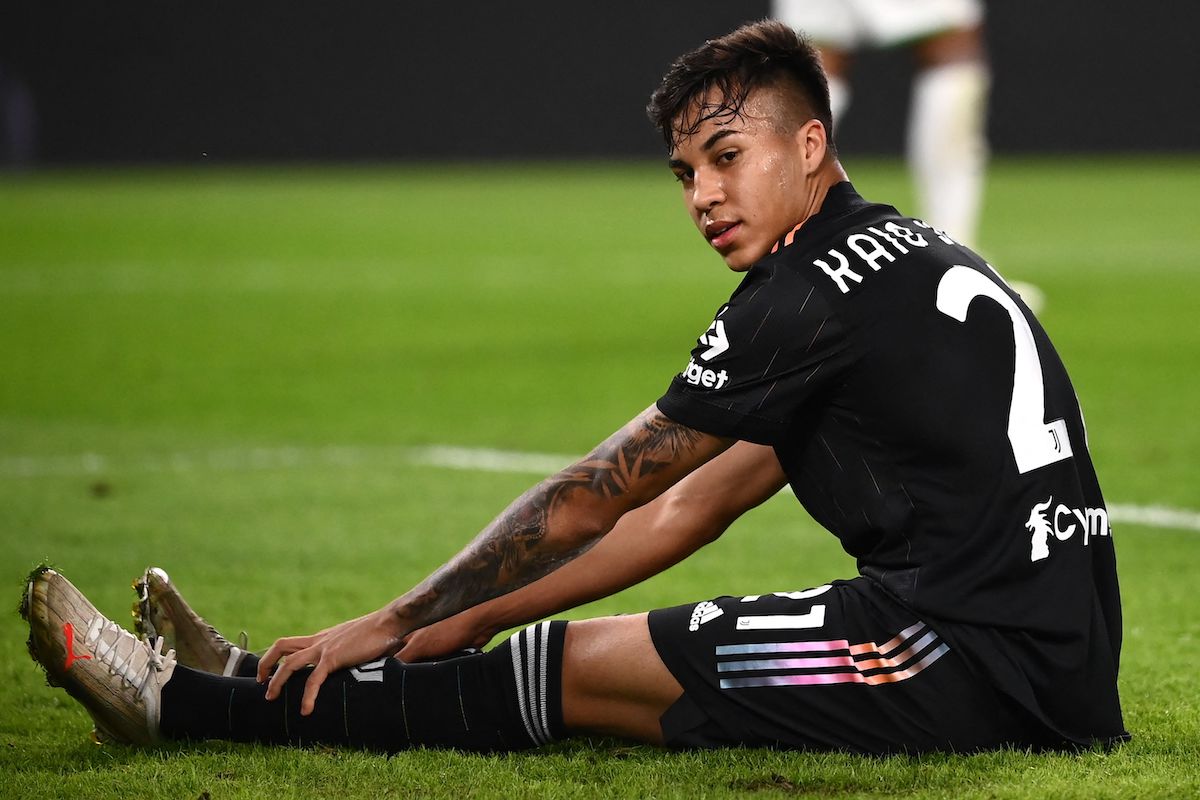 Who Is Kaio Jorge?

Kaio Jorge is unquestionably the player to watch in the upcoming years. He is a product of the renowned Santos football program, which has produced players like Pelé, Neymar, and Robinho.

Because of this, we examined Juventus' newest acquisition more closely and spoke about whether the Bianconeri would be a suitable fit for him.

When he was ten years old, Kaio Jorge joined the Santos youth squad. He was called up to the club's U-20 team five years later when he was just 15 years old, however, he only played for them for a year before being promoted to the first team in September 2018.

In a 1-0 home loss against Atletico Paranaense nine days later, Kaio Jorge made his professional debut for Santos, becoming the sixth-youngest debutant in the club's history.

Even though he only made eight appearances in all competitions during his first two seasons at Santos, Kaio Jorge finally broke through in Série A in the 2020 campaign.

He participated in 40 games that year, including Série A and the Copa Libertadores, and he scored nine goals in all. Kaio Jorge signed a pre-contract with Juventus earlier this year.

Before moving to Italy, he made 10 Série A appearances for Santos and scored one goal.

Kaio Jorge's rating is 69. His position is ST, and he has a potential of 82. He represented Piemonte Calcio in the Italian Serie A at the age of 19.

If you believe SI, who awarded the youthful attacker a potential rating of 4.5 stars out of 5 for the game's 2021 release, Jorge is a future superstar.

He is also available for about £12.5 million, which is a great deal.

Although Neymar and Robinho are the two most well-known players to have graduated from the Santos academy and reached the top, Kaio Jorge only remotely resembles his two Brazilian contemporaries.

The center-forward Roberto Firmino of Liverpool is the ideal comparison for the 20-year-old, and we'll explain why in the analysis that follows.

Kaio Jorge possesses elite technical skills when it comes to receiving the ball, twisting and moving it from one foot to the other, as well as striking a football while it is moving or stationary, much like any other young Brazilian talent.

The former Santos teenager still possesses some Brazilian magic, as he can play a backheel pass or create something out of nothing, despite being far from becoming a showboat like Neymar or Robinho.

No matter his preferred style of play, each center-forward must prioritize scoring goals.

While Kaio Jorge may not yet be on par with a superstar striker in terms of goals scored, he has already demonstrated that he can be composed in front of goal and possesses the attributes of a top-tier goalscorer.

The Brazilian uses his favorite right foot to score most of his goals from within the penalty box, but he still uses a lot of different finishing techniques.

Simple tap-ins, calmly placed instinctual attempts or even goals coming from long shots are all examples of goals.

The aforementioned characteristics of Kaio Jorge's game are quite similar to Roberto Firmino's and his manner of play.

The Liverpool center-forward player is noted for his adaptable forward play, which enables him to occasionally play as a deep-lying striker and drop deeper into midfield.

Kaio Jorge frequently moves between the wide, inside, and center areas of the field, as shown by the heat map above. This implies that the newest addition to Juventus is fairly adaptable with his all-around game and can be compared to a conventional striker.

Father Jorge Ramos and mother Atenas Karina gave birth to Kaio Jorge. He is the only child.

His father Jorge played football as a forward, most notably for the Brazilian club Gama and the Portuguese club Chaves.

On his mother's birthday, Kaio posted birthday wishes and the following caption on social media:

"My dear mother, today is your birthday, and it makes me very happy. I am very grateful to God for giving him another year of life. But even more I am grateful that He gave me the best mother in the world.

In every moment of my life I found by your side strength, love, support and dedication. Your example and advice have always guided me along the path of goodness and happiness.

Congratulations Mile, I love you!!"

Kaio Jorge is not an outgoing person who enjoys discussing his personal life in public. Furthermore, there is no chance that he will readily discuss his love life. It is uncertain at this time whether he is engaged or single.

He has never shared a photo with a girl on any of his social media accounts. He is now concentrating on his career, but there are undoubtedly a lot of female supporters and fans who must have a crush on him.

What Position Does Kaio Jorge Play In?

Is Kaio Jorge In FIFA?

He was a member of the team that Mexico defeated out to win the Under-17 FIFA World Cup in 2019, scoring in the championship match and ending as the third-highest scorer overall to take home the bronze boot.

How Much Is Kaio Jorge's Salary?

According to sources, Kaio Jorge, a Brazilian football player, will have a total net worth of more than £2 million by 2022. The salary, sponsors, and bonuses he receives from representing his club and nation are his main sources of revenue.

Kaio Jorge's current market value is predicted by transfermarkt to be €10 million in 2022.

Unquestionably one of the most promising young players to have transferred this summer, Kaio Jorge appears to be bound for greatness. Brazilian will have tough competition for a spot in Juventus' lineup because Paulo Dybala, Alvaro Morata, and Cristiano Ronaldo are all outstanding players in their own right.

However, the addition of Kaio Jorge could turn out to be a blessing in disguise for Ronaldo, who has always performed best when partnered with a forward; however, the Santos academy product will have to earn the right to compete with one of the all-time greats by earning it the hard way.