M Sarri - A Banker Turned Into A Professional Football Coach 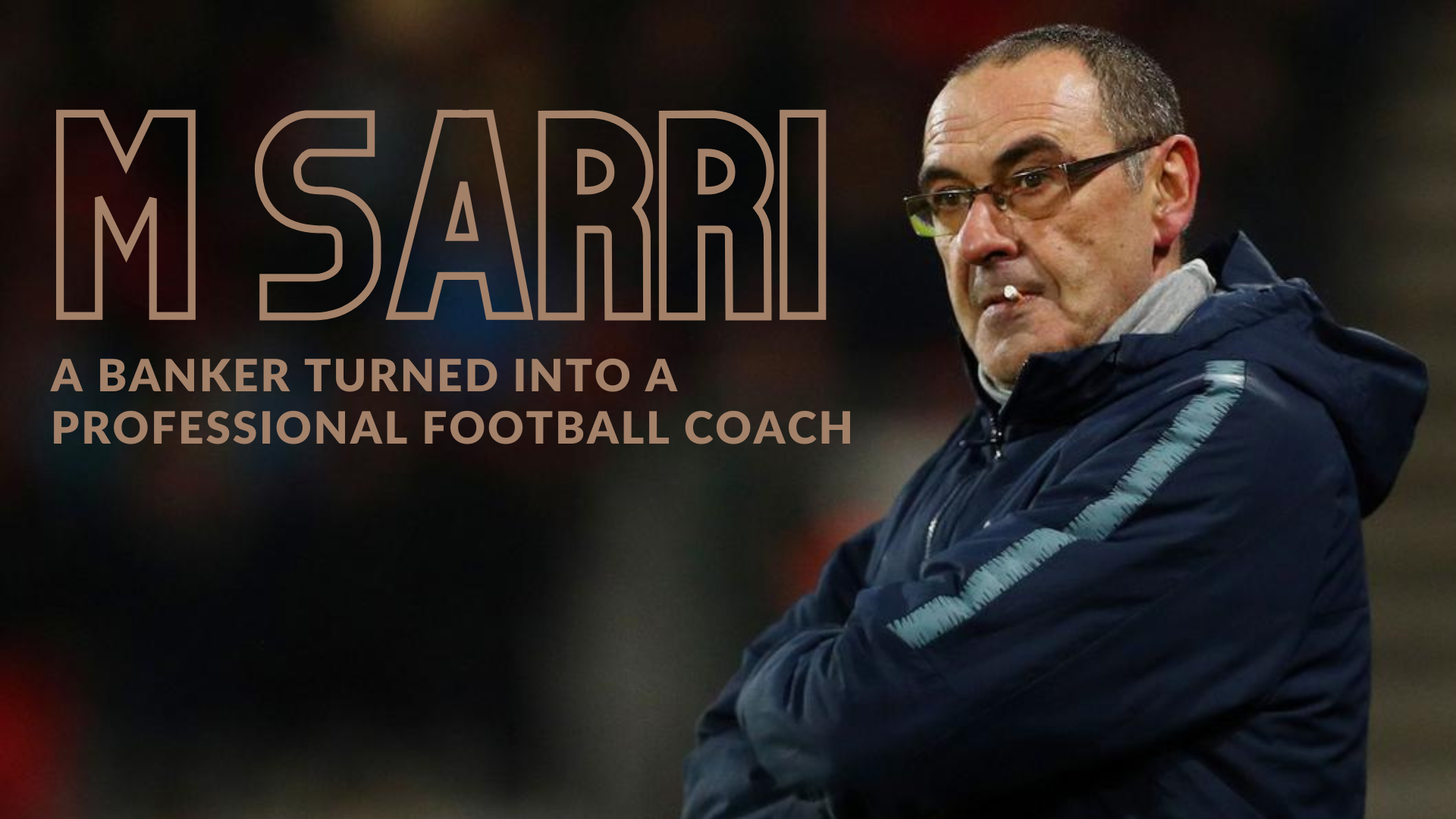 M Sarri is one of football's most popular and knowledgeable coaches, with a well-defined style of play and three decades of coaching experience. He began in the amateur ranks and has risen to the top.

His football style is known as "Sarri-ball," a possession-based philosophy that employs a deep-lying midfield playmaker. He is currently the manager of Lazio.

Thus, there is no doubt that M Sarri is one of the smartest managers in football history, a man who had been a bank employee for many years before deciding to switch to football and pursue his dreams.

In this article, we are going to discuss Maurizio Sarri's story. Read on as we cover M Sarri's life, career history, and current news.

A Brief History of Maurizio Sarri

M Sarri was born on January 10, 1959, in the Bagnoli district of Naples, Italy, to Mr. and Mrs. Amerigo Sarri.

Maurizio Sarri comes from a middle-class family, with his father having previously worked as a construction worker for Italsider, an Italian steel company.

He grew up in the Figline Valdarno neighborhood of the Province of Florence, Italy. Sarri was always interested in both education and soccer as a child. His family prioritized education.

He found himself multitasking between his banking job and playing amateur football while working as a banker. Sarri's banking job, ironically, took him out of Italy, where he worked at his bank's branches in London, Zurich, and Luxemburg.

Despite his love of football, Maurizio Sarri's desire to play amateur football was not a passing fancy. Sarri used to work in a bank in the mornings and coach amateur teams in the afternoons and evenings.

Sarri lived a monastic and quiet life in the Italian Riviera before his football career, with his lovely introverted wife Marina, their son, and dog. The Italian Riviera, where Sarri, his wife, and son had lived, is a crescent-shaped strip of Mediterranean coastline that straddles southern France and Tuscany.

Maurizio Sarri's Personal Life is quiet and away from the cameras in this non-urban Napple location with his wife and son. 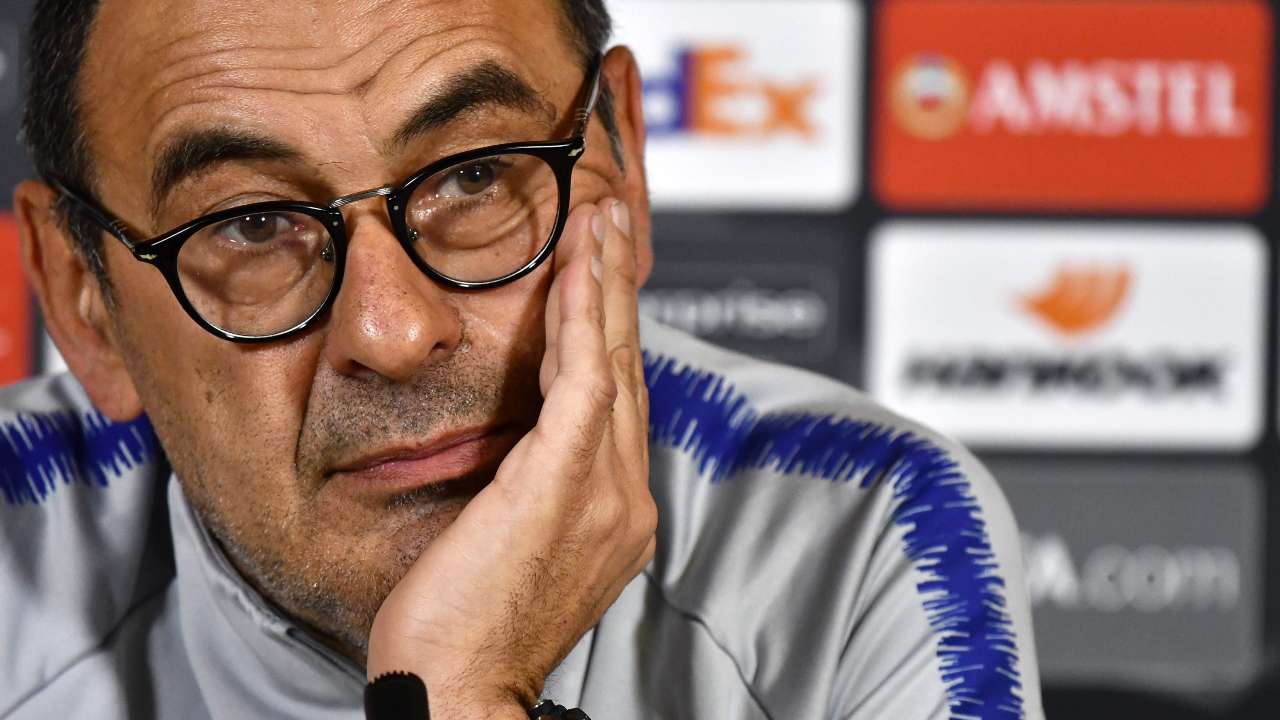 M Sarri wearing sunglasses with his hand on his face

In 1999, at the age of 40, Maurizio Sarri decided to quit his banking career to dedicate and transition his entire working life to football coaching.

After retirement from his banking job, Sarri was too old to play football. Unfortunately, he had missed out on playing a professional career.

Sarri returned to Italy to take over as coach of a lower league club, A.C. Sansovino is a football club in Monte San Savino, Italy.

Maurizio Sarri had accumulated all of the experience in football management by the age of 40. He was viewed as a manager who asks no questions and cannot stand being involved in transfer negotiations by the numerous clubs he managed. 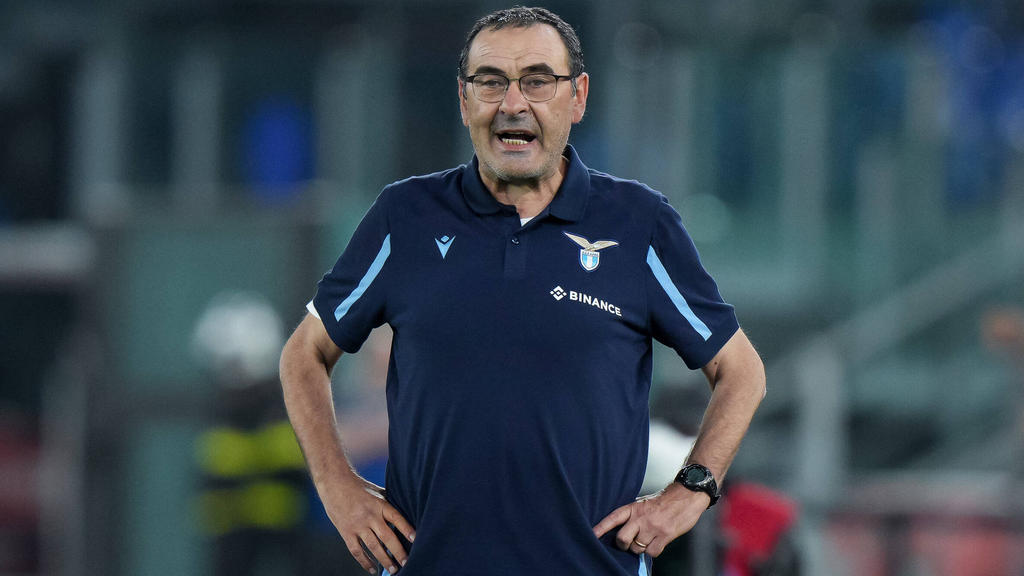 M Sarri wearing blue shirt with his hands on his waist

In 1998, Sarri was appointed manager of the fellow league team A.C Valdemar. Sarri took over Tegoleto in the same division in 1999, leaving his other job as a banker.

Mr 33 has always been Sarri's nickname, owing to the number of set-piece routines he insisted on his players performing. Maurizio Sarri managed ten teams between 2000 and 2015 before being called up to Napoli, where he finally made a name for himself.

Sarri earned his coaching diploma in 2006 from the Coverciano Technical Centre, with his thesis titled "La preparazione settimanale della partita" ("The weekly preparation of a match").

Maurizio Sarri is very respectable in that he did not give up on his dreams and worked for 30 years to achieve his dreams of becoming Serie A champion from the eighth level of Italian football. 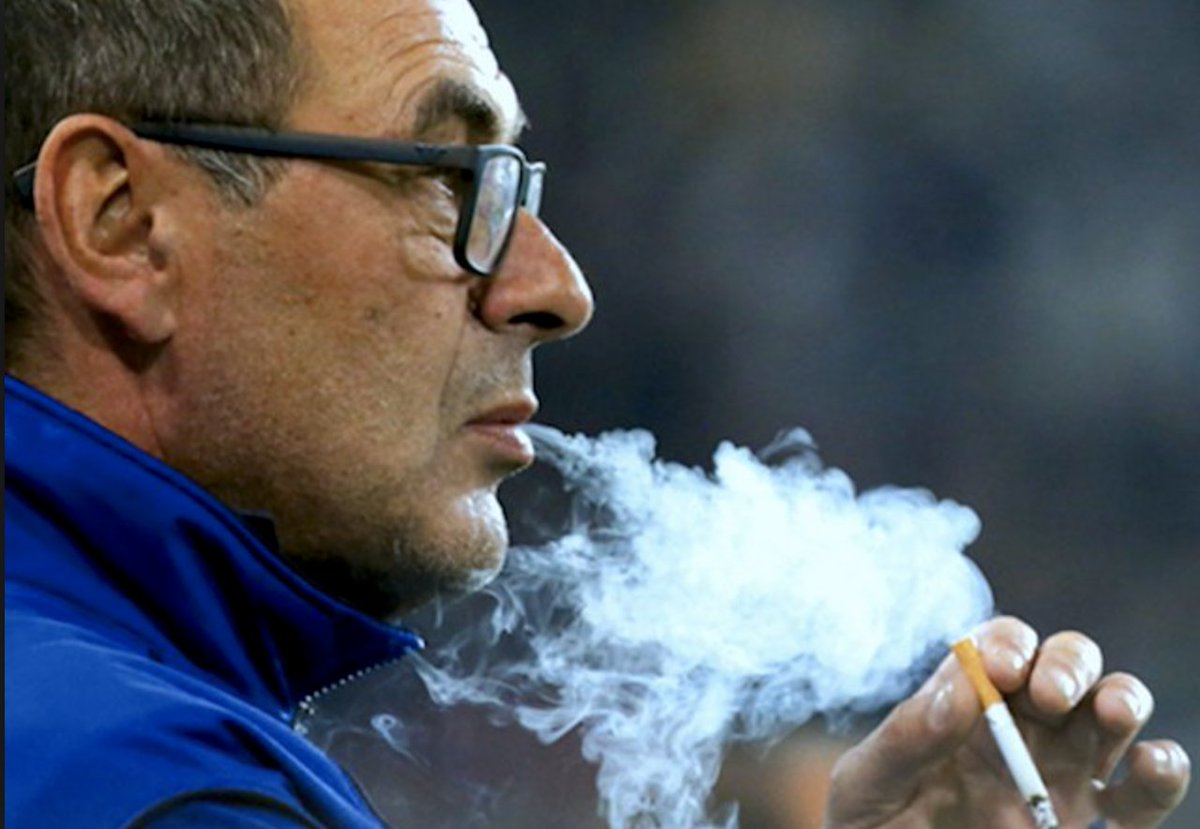 M Sarri smoking with a cigarette on his hand

M Sarri is also popular for having a trademark cigarette glued in his hands – earning him the title of a ‘chain-smoking maverick’ by some media people.

To cope with the stresses of the job, he sometimes smokes 60 cigarettes per day. The interesting thing here is that he smokes during games where smoking is permitted.

Even in stadiums where smoking is prohibited, such as those in the United Kingdom, Sarri had to resort to chewing cigarette filters on the field to get by.

His smoking habit is taken so seriously that RB Leipzig built a special smoking area in their stadium's locker room specifically for Sarri.

He also enjoys coffee and has had the shopkeepers at the clubs where he has been based bring him espressos during breaks in training and on matchdays.

Aside from his love of coffee and cigarettes, Sarri is also known for his foul mouth. Sarri is known for his less-than-diplomatic responses, frequently chastising journalists who ask what he considers stupid questions or when pressed for an interview that he does not want to do.

What Is Maurizio Sarri’s Net Worth?

Maurizio Sarri's net worth is estimated to be more than £5 million as a professional football coach and current manager of Juventus.

What Happened To Maurizio Sarri At Chelsea?

Sarri was not popular with Chelsea fans, but with a European trophy and a third-place finish in his first season, there were solid foundations to build on.

However, the manager decided to return to Italy and take over at Juventus after Chelsea chose Frank Lampard as his successor.

Where Is Sarri Coaching Now?

Maurizio Sarri has been appointed head coach of Lazio on a two-year contract starting in 2022. The 62-year-old replaces Simone Inzaghi, who has joined Inter Milan to take over for Antonio Conte.

Many people will find M Sarri's story inspiring and motivating. Maurizio Sarri's story teaches us that dreams are worth pursuing even in the most difficult of circumstances.

Sarri could have been successful by staying at the bank, but he valued his dreams and persevered, despite the difficulty and length of the journey. Sarri-style ball's may be criticized, but the man's bravery in taking risks at such a young age and changing the course of his life is admirable in this regard.